Today: Elevate your brussels sprouts with crispy pancetta and garlic. 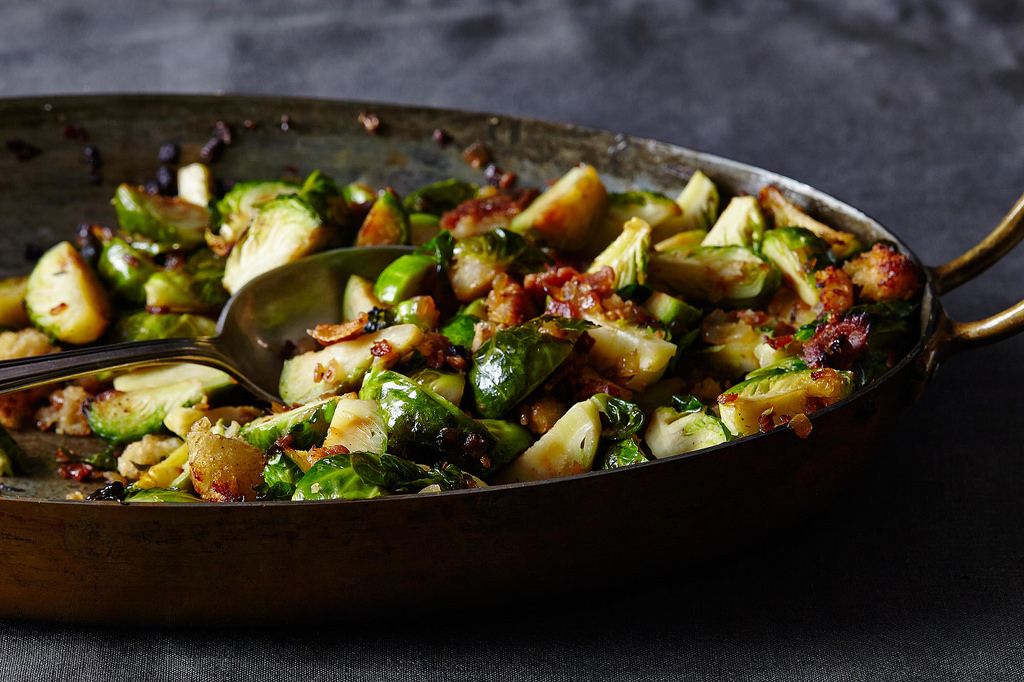 Unlike a lot of almost-three-year-olds, Clara tolerates the occasional roasted brussels sprout, but this year for Thanksgiving I wanted something that would get her really excited about them. She loves big flavors, and anything salty and crunchy; with this in mind, I raided the fridge for supplies.

I found some pancetta hiding in the back corner of the cheese drawer, so I chopped it up and crisped it in a pan. I added a splash of olive oil and a minced shallot, followed by a fat clove of garlic (smashed) and a sprig of thyme. Then I tore small, rough croutons from a staling loaf of country bread and toasted them in the oil with the pancetta and aromatics. 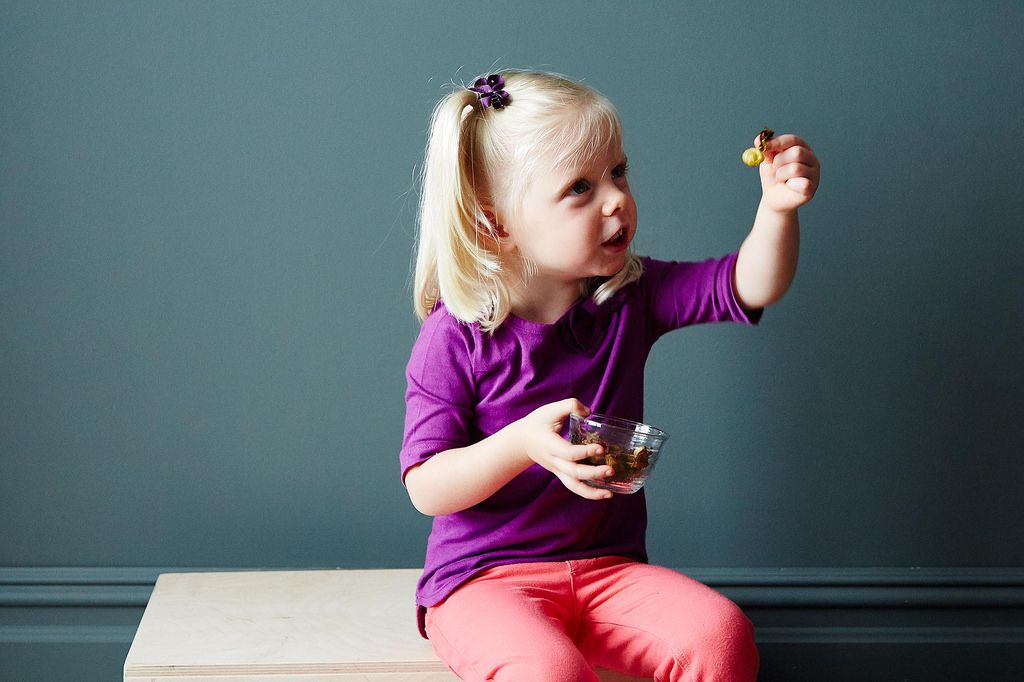 The sprouts, which were medium-sized, got quartered (if they were smaller I'd have halved them). Once the bread was crisp and toasty, I pushed everything to the edges of the pan to make room for the sprouts, added another swirl of oil and turned up the heat briefly, tossing in the sprouts before the rest of the ingredients had a chance to scorch. After a minute or two, I took the pan off the heat, seasoned everything with salt, pepper, and nutmeg and gently folded it all together. Then the pan went into a hot oven to finish roasting. A shower of grated Parmesan finished it off.

When I told Amanda that this new preparation had gone over pretty well, she asked, "Didn't the breadcrumbs burn in the oven?" The answer is no, but just barely. They do get quite brown and crisp, as do the pancetta, shallots and garlic, and you need to stir the sprouts once or twice while they're in the oven so nothing sticks. If caramel-colored breadcrumbs are not your thing, keep the heat low on the stove top when you add the sprouts and cover the pan with foil before you put it in the oven. It will still be delicious. 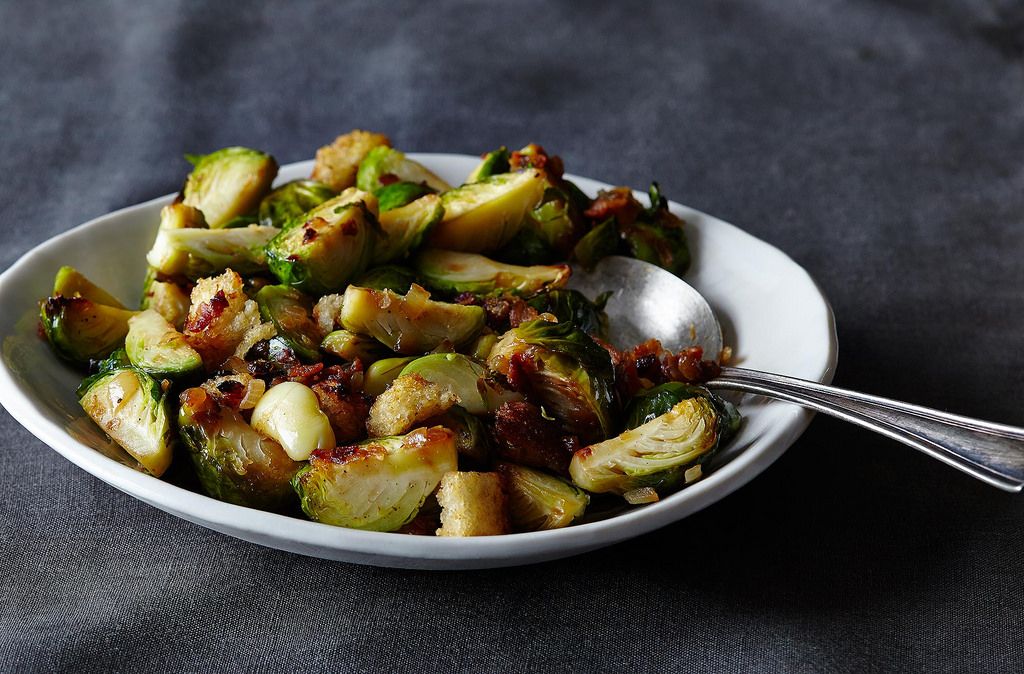 ChefJune December 3, 2014
I made these for Thanksgiving minus the croutons. They were a huge hit!. Going to do them the "right way," Merrill, for Christmas. :)

AntoniaJames November 25, 2014
So, so yes. Seems, however, that putting foil on it would create steam and make the croutons less crispy. Love the technique of cooking up the croutons in the flavored oil. Definitely going to be making this soon. ;o)
Author Comment

Merrill S. November 25, 2014
Yes, you're right, it would. I will always prefer the crispy, browner version myself!

AntoniaJames November 25, 2014
Or, it seems, you could add the croutons last thing stovetop, toss them to soak up the flavored oil, and let them get crisp in the oven, right? In any event, we are looking forward to trying this -- this weekend. ;o)
Author Comment

Merrill S. November 25, 2014
I think crisping them well in the pan first is actually a key step -- let me know what you think!