Fresh Rosemary and How to Use It at Every Meal

Today: Haul out the holly and the rosemary. If you need a little Christmas -- right this very minute -- this woody herb might be just the thing. 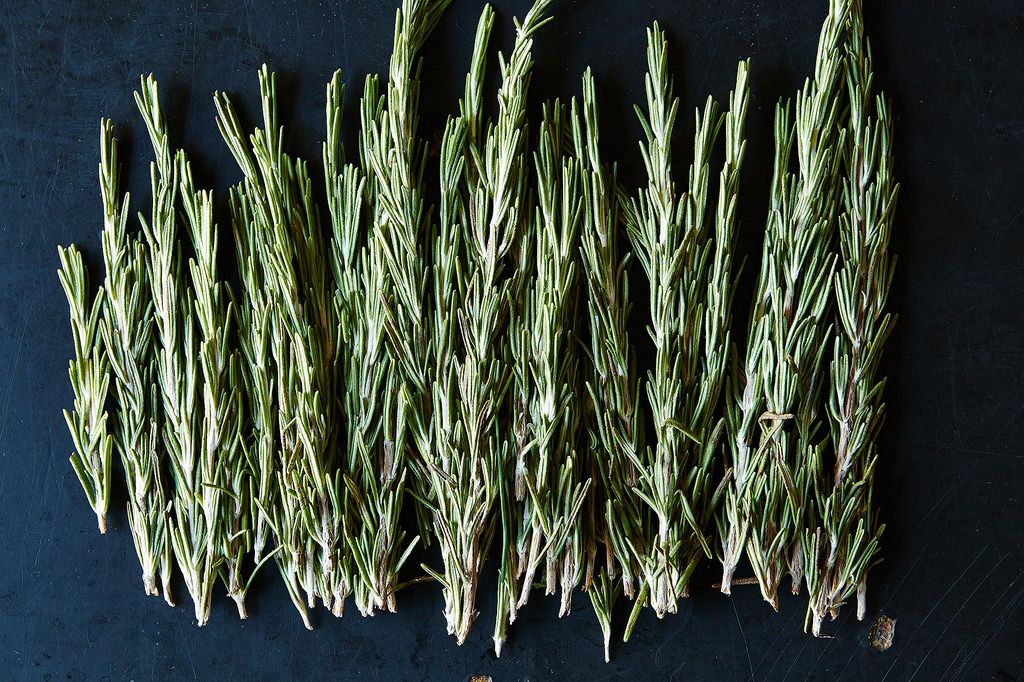 If you've ever wandered through a market, noticed rosemary in Christmas tree-esque topiary form, and grumbled about someone’s kitschy attempt to turn an herb into a holiday decoration, you’re going to have to retract that eye roll. Unlike candy's depressingly commercial connection to Sweetest Day, rosemary’s connection with Christmas is legit, and it goes way back.

According to author and Christmas enthusiast William D. Crump, "During the Middle Ages, because rosemary supposedly repelled evil spirits, it was spread on the floor at Christmastime, the aroma pervading the home as people walked on it. According to folklore, anyone breathing its fragrance on Christmas Eve would receive happiness during the coming year." If that's not a good argument for strewing greenery on your floor, I don't know what is.

And, in fact, up until the twentieth century, rosemary was a popular Christmas plant. So popular that "a gilded rosemary sprig...was considered to be a treasured gift," says author J. John in A Christmas Compendium. We don't actually endorse giving sprigs of rosemary as gifts, though -- unless you place them in pretty bud vases first.

More: Or just stick to using those rosemary sprigs as inspiration for gift tags. 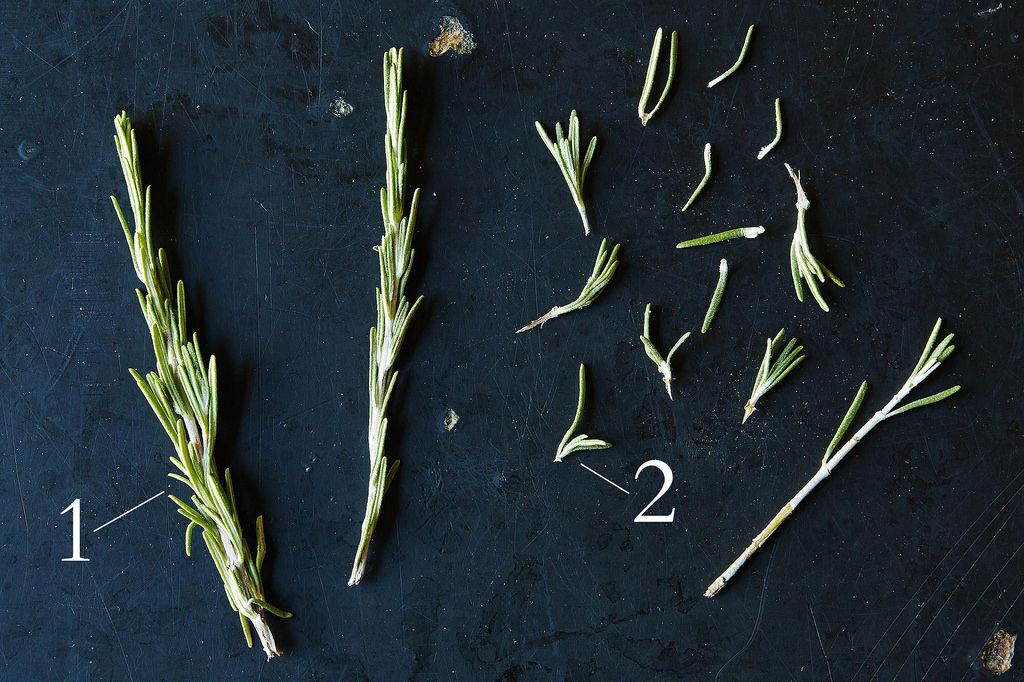 Along with sage, thyme, and a number of other herbs (nope, not parsley though), rosemary belongs to the mint family. As is the case with thyme, if a recipe calls for one sprig of rosemary, it's referring to one stem (1) of the plant. To remove its needle-like leaves (2), simply pinch your fingers on either side of its woody stem and slide them down the sprig, stripping off the leaves.

To store fresh rosemary, roll it up in a damp paper towel (or an unpaper towel) and loosely wrap it in plastic wrap (or simply place it in a reusable container), and then keep it in the crisper drawer of your refrigerator.

More: Keep all of your herbs at their freshest -- here are the best ways to store every type of fresh herb. 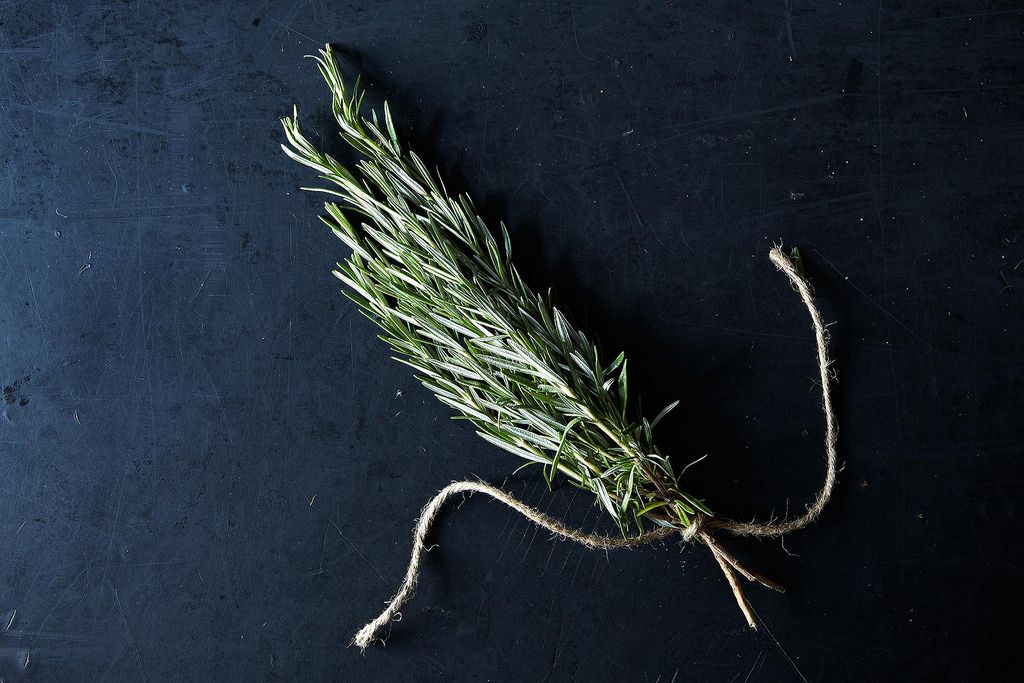 Whether or not you celebrate Christmas, rosemary's strong woodsy, piney flavor makes it the perfect winter herb. Fresh rosemary is so versatile you’ll want to use it at every meal -- and you can!

For breakfast, use rosemary in baked goods, like scones, breads, and danishes. Use it to add a fresh flavor to granola, then sprinkle it on yogurt -- just be sure to save some granola for lunch because you'll want to sprinkle it on salad, too. Try rosemary in a sophisticated take on French toast or in potato parathas.

Later in the day when you’re ready for a snack, let rosemary liven up pita or potato chips. Or treat yourself like you would company and set out a guest-worthy spread of roasted fennel and white bean dip, herbed ricotta and anchovy crostini, and cheese sables with rosemary salt. 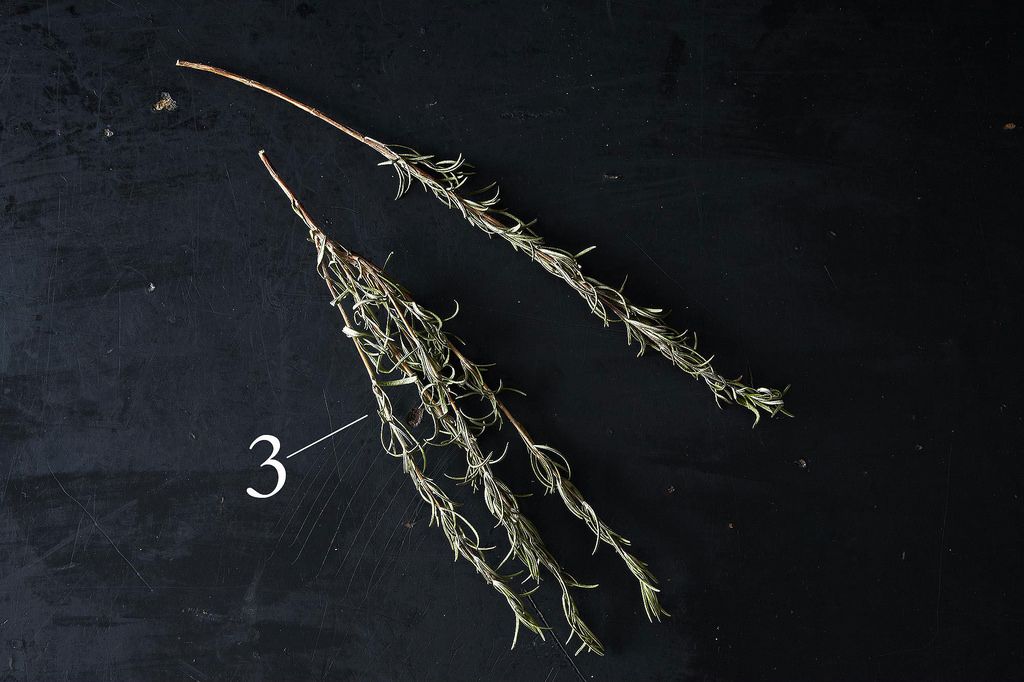 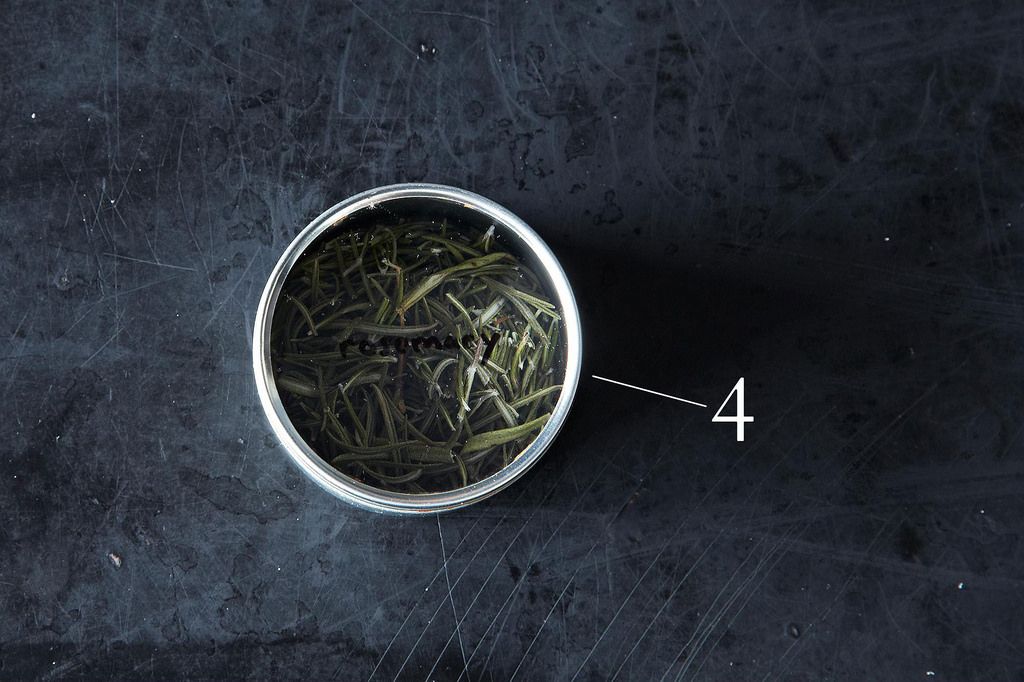 For dinner, use rosemary on a pizza with broccoli rabe and potatoes or let it flavor mashed potatoes and serve them with rosemary-brined, buttermilk fried chicken. Use rosemary sprigs to skewer chunks of beef, tofu, or, if your climate allows, shrimp, and get grilling. Rub chopped rosemary under the skin of poultry, or use it to create a crust for beef tenderloin.

To round out the day, use fresh rosemary in frozen treats like granita or frozen yogurt. Try it in a baked good like cookies, bread pudding, or cake -- or even in candy, like caramels or pine nut brittle.

Rosemary retains its flavor well when dried (3), so if after all of these rosemary-packed meals you still have more fresh rosemary than you know what to do with, you can dry it yourself. Once it's dry, strip the leaves off and store them in an airtight container (4) in a cool, dry place. And then ditch the jar of dusty, flavorless dried rosemary you bought at the store three years ago.

Tell us: How do you like to use fresh rosemary?

First two photos by Mark Weinberg, all other photos by James Ransom

I use frozen broccoli, cauliflower and carrots lay frozen chicken on top and add seasonings to the top of the chicken and bake on 400 for 1.5 to 2 hours

Spray Iolive oil on top of chicken
Sprinkle on these seasonings, a little of each

This turns out so tasty

Nickey December 22, 2014
After having an horrible (I mean horrible) experience with rosemary a few Thanksgivings ago, I think I am ready to try it again. The key to using rosemary is to not over do it. It is easy to get carried away with herbs, but rosemary is very powerful. A little goes a long way.

Lindsay-Jean H. December 22, 2014
I'm so sorry to hear that (and yet so intrigued), I hope you are able to give rosemary another go. One of my all-time favorite uses for rosemary is in Heidi Swanson's Pine Nut Rosemary Shortbread Cookies (http://www.101cookbooks.com/archives/pine-nut-rosemary-shortbread-recipe.html)

Nickey December 22, 2014
I am ready to try it again! The cookies sound delicious. I love shortbread cookies and what better way to introduce rosemary back in my life. Thank you for the link!
Also, my phobia of rosemary began when my aunt decided to do Cornish hens with rosemary overkill instead of turkey for Thanksgiving. I got super sick and I haven't had rosemary or Cornish hens since. :(
So 2015 I have a date with rosemary. Wish me luck!