How to Make Chicharrones at Home

Every Friday, Cara Nicoletti of The Meat Hook helps us get to know our favorite cuts of meat a little bit better – and introduces us to a few new ones, too. Read on, study up, then hightail it to your nearest butcher. 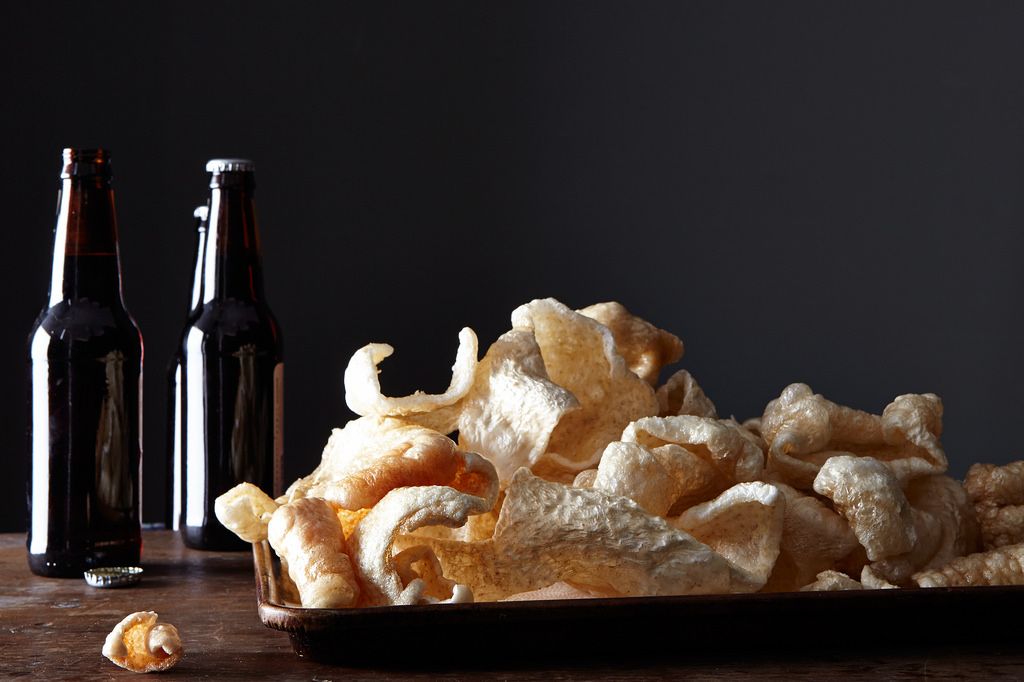 If former articles in this column are any indication, it's pretty clear that I think crispy skin is the tops. We've talked about getting our pork skin crisp while cooking pork belly, and then again later with pork shoulder and chops. We've talked about crispy skin while spatchcocking and beer-canning our chickens, and à l’orange-ing ducks, and maybe we snuck some of the gribenes out of our apple and onion schmaltz to snack on, too. (I’m not here to judge.)

Crispy skin is usually the icing on the (meat) cake of a good recipe, but because the universe is ultimately kind and generous, crispy skin can also be the main event. To make this happen, go to your butcher and get a nice slab of pig skin. Pick up some lard for frying while you’re there, and voilà! You now have everything you need to make yourself a satisfying and insanely addictive crispy skin snack. Let’s get started. 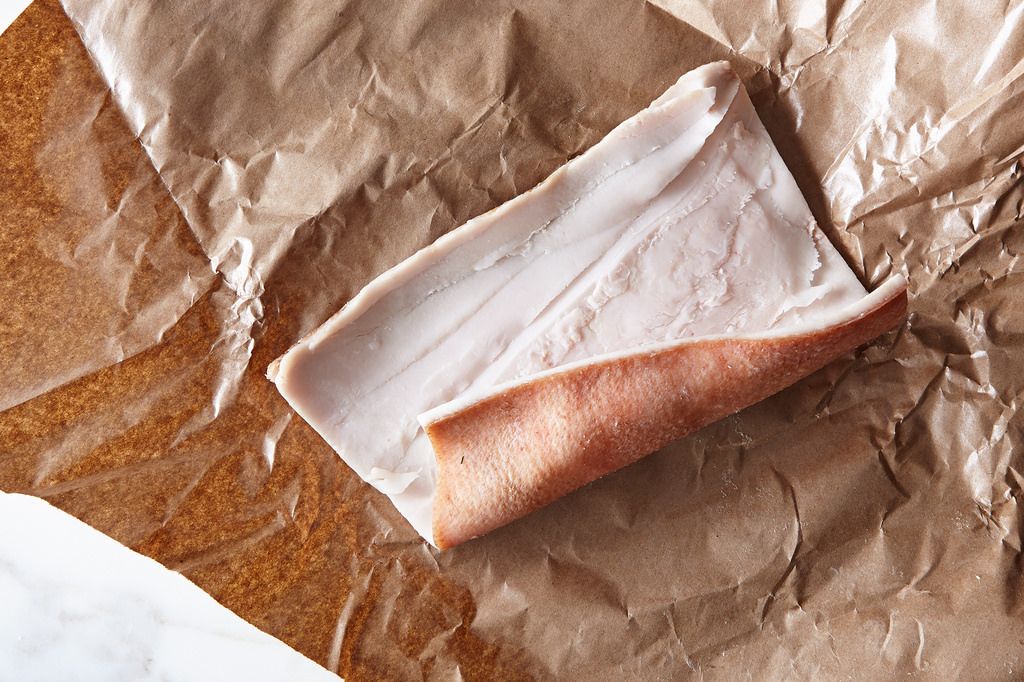 Ingredients:
1 large piece of pork skin, trimmed of fat (about 2 pounds)
1 quart pork lard or neutral oil for frying (you may not need this much, but you want to keep your oil clean)

For seasoning:
1 lime
2 teaspoons salt
1/4 to 1/2 teaspoon chili powder (according to your spice tolerance)

Ask your butcher to find you pork skin that is as hairless as possible (the parboiling will help get rid of whatever hair remains). If your skin still has a large cap of white fat on it, use a sharp knife or bench scraper to remove as much as you can. Place the skin in a stockpot and cover it with about 4 inches of water, then place a plate on top of the skin to keep it below the water. Cover the pot and bring the water to a rapid boil. Lower the heat slightly, and gently boil the skin for 2 hours, checking occasionally to make sure there is still water in the pot.

After 2 hours, remove the skin and allow it to cool until you’re able to handle it. Gently remove any white fat that's left (this will be much easier now that the fat is softened from boiling). 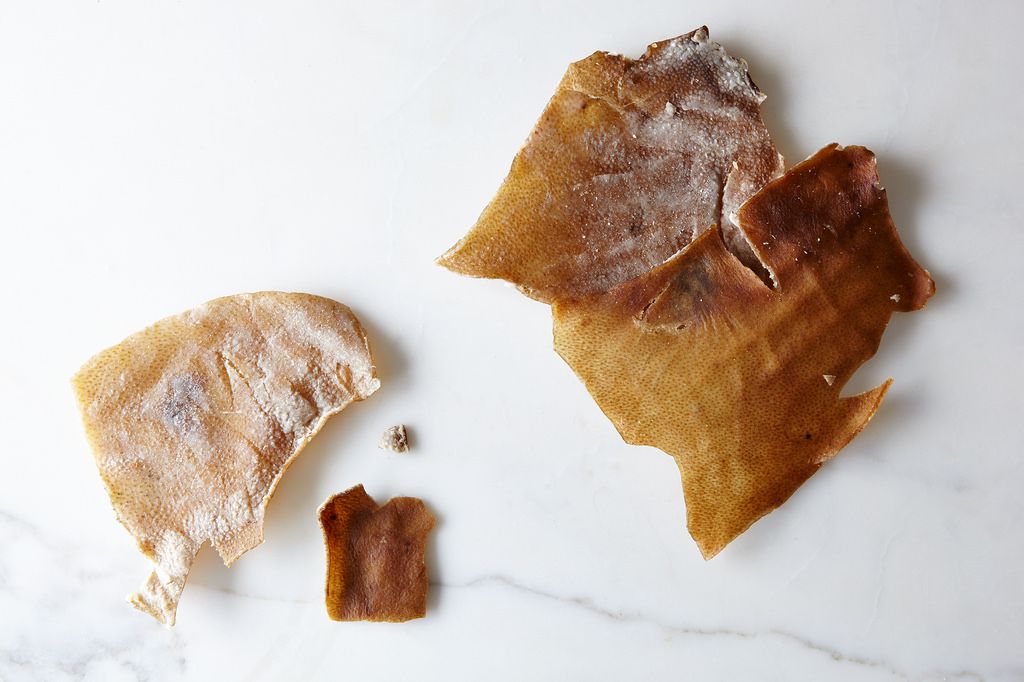 Set your oven to the lowest setting (usually that’s around 200° F), and dehydrate the skin for 8 to 10 hours. (Of course, if you’re lucky enough to have a dehydrator, use that!). The skin is done when it's brittle enough to crack cleanly into pieces. Once the skin is at this point, fill a pot with about 4 inches of melted lard or frying oil and heat it 400° F.

Then you fry them up: Crack the skin into small pieces -- roughly 1-inch squares -- and fry them one or two at a time, poking them until they puff up and turn golden brown. Transfer to a paper towel to drain, and once they’ve cooled slightly, squeeze the juice of 1 lime over them and sprinkle with salt and chili powder. 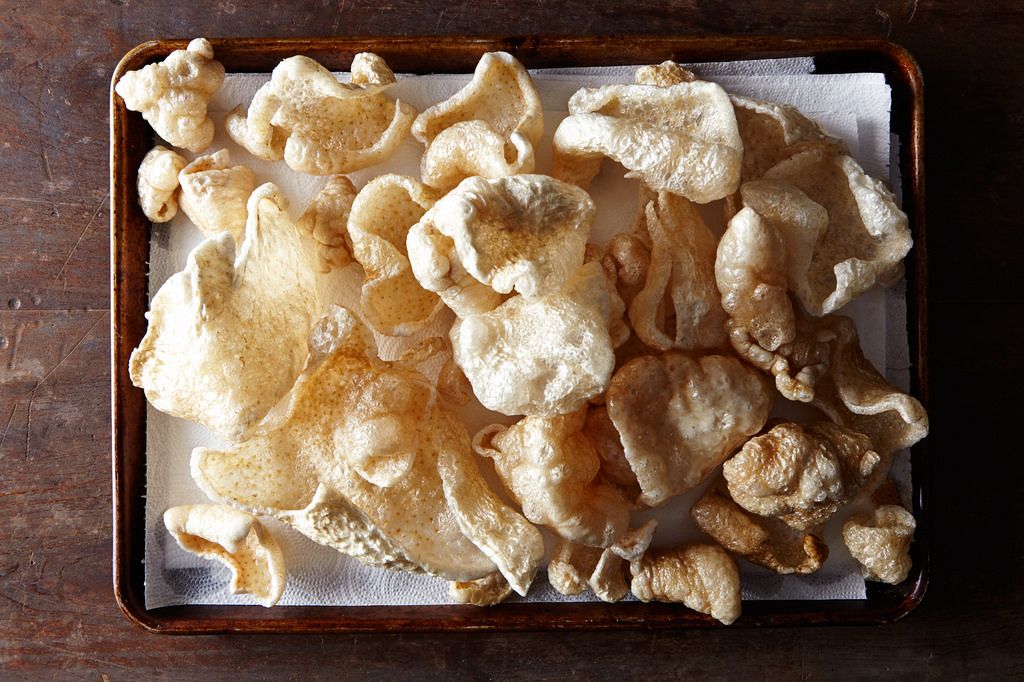 Chicharrón with Lime and Chili Salt

by: Girl in a Food Frenzy
4 Items

jamie M. January 28, 2015
Tip of the hat to you all... I've been unsuccessful in prior attempts at making these. (I know how can something so easy be messed up) Looking forward to game day for these....

Deedledum January 28, 2015
A local grocery store's recently been packaging up pork skin, and I've been wondering about this...not so sure about the "pig hair" thang though-ugh.