Today: There's a bunch to know about your favorite fruit. 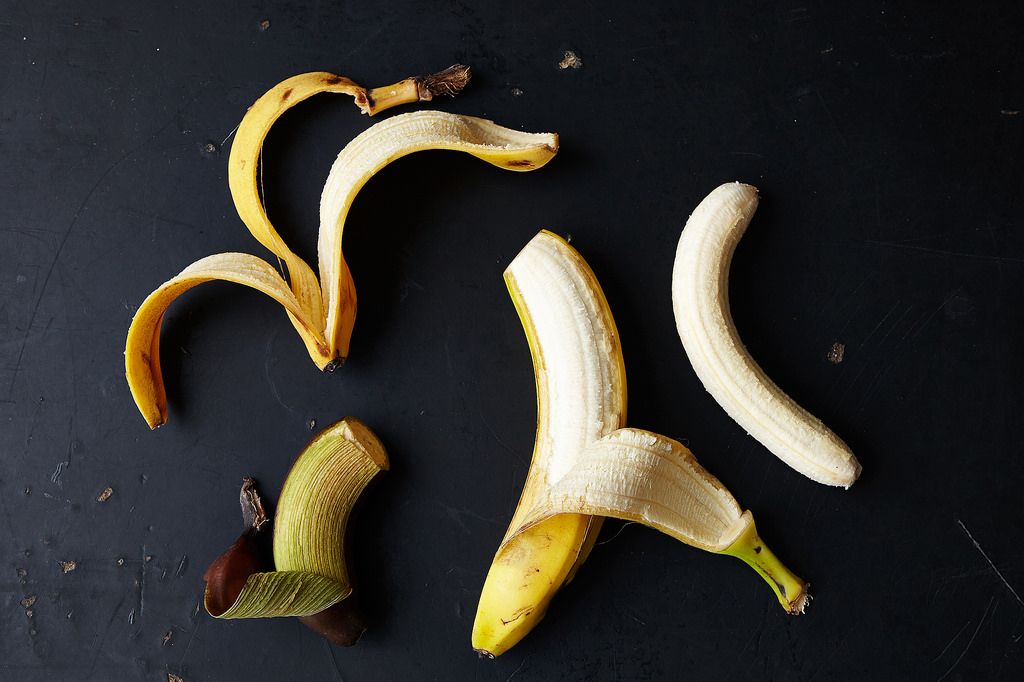 We Americans eat a lot of bananas -- more than 26 pounds of them per person every year. That's more than any other type of fresh fruit, perhaps in part because banana-eating has been made really easy for us. They are available year-round at the grocery store, it’s easy to tell when they're ripe, they come in their own protective wrapper (though you can always layer on another one), and they’re cheap. But when you think about it, the fact that they're the cheapest fruit at the grocery store is, well, bananas.

As Dan Koeppel, author of Banana: The Fate of the Fruit That Changed the World says: “They’re grown thousands of miles away, they must be transported in cooled containers and even then they survive no more than two weeks after they’re cut off the tree. Apples, in contrast, are typically grown within a few hundred miles of the store and keep for months in a basket out in the garage. Yet apples traditionally have cost at least twice as much per pound as bananas.”

What’s even crazier is that we’re all eating the same kind of banana. We can debate our favorite varieties of apple and talk about their different features and flavor profiles, but we just can’t do that with bananas. Even though there are more than 1000 banana varieties, we’re all eating Cavendish bananas: They make up just under half of the worldwide banana crop, but basically all of the banana exports. 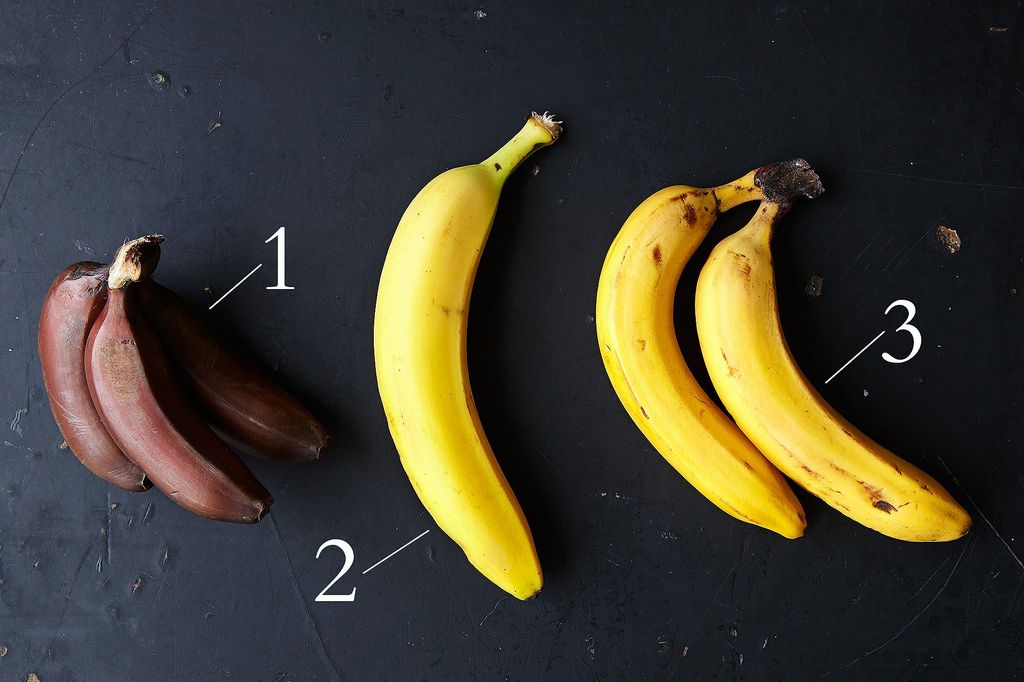 Interestingly though, when bananas were first introduced to the U.S., it wasn’t the Cavendish variety: In the early twentieth century, Americans were eating the Gros Michel, or "Big Mike,” banana. But that banana variety was nearly wiped out from a fungus commonly called "Panama Disease." To understand how the Gros Michel was nearly eradicated, it helps to know a little bit about how bananas reproduce.

All commercially produced bananas are basically genetically the same, and that's because commercially produced bananas don’t -- and can't -- reproduce sexually: They have no seeds. The little black dots you see when you slice through a banana are merely the last remnants of where the banana’s reproductive core once was. New banana trees grow from suckers -- new offshoots from each plant. This genetic similarity makes bananas really susceptible to disease, which is why when the Gros Michel bananas were affected, banana plantations had to shift over to a new variety. But now Cavendish bananas are now being wiped out by a different strain of that fungus.

It hasn’t affected Latin and South American banana fields yet, which is why there are still piles of bananas in your grocery store every week. But there is still reason to worry. As Koeppel said in 2008: “Every single banana scientist I spoke to, and that was quite a few, says it's not an if, it's a when, and 10 to 30 years. It only takes a single clump of contaminated dirt, literally, to get this thing rampaging across entire continents.” So now, the big question, as Koeppel puts it: “Will the potentially doomed Cavendish monoculture be replaced with another potentially doomed, and absolutely damaging, monoculture, or will the commercial banana industry finally adopt a variety/diversity-based approach.”

The one exception to the Cavendish-only rule: Occasionally you'll see red bananas (1, above), they are smaller in size than Cavendish bananas, and, as their name suggests, they have red or reddish-purple skin with cream colored or pale pink flesh. Red bananas have a hint of raspberry flavor, and can be a little sweeter, but are used just like yellow bananas. 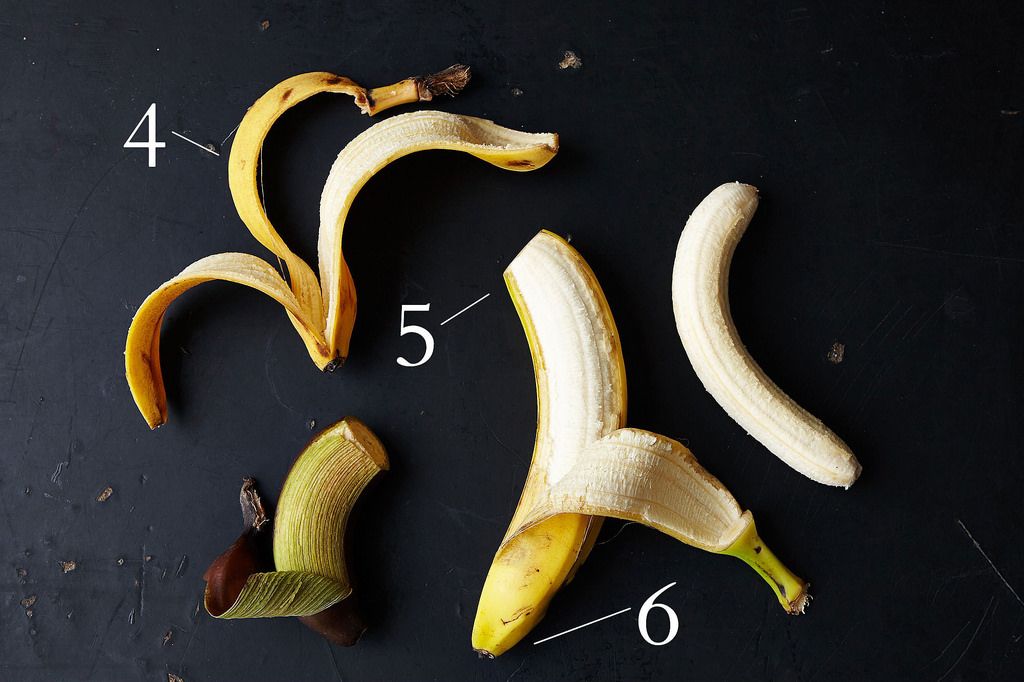 Much like coconuts and papayas, bananas grow on what appears to be a large tree -- but is really a large herbaceous plant. Each plant generally only grows one bunch of bananas. But a proper "bunch" of bananas isn't what we pick up at the store -- it's the tree's entire output, it looks like a tiered banana chandelier, and it can weigh over 100 pounds. Those tiers are called "hands," and each individual banana is, you guessed it, a "finger."

Bananas you find at the store will often still have a greenish hue, but they'll continue to ripen at home on your counter. People often consider them to be at perfect ripeness when they are uniformly yellow, with just a touch of green at the stem (2, far above), but they are still good -- albeit a little softer -- when they start to get a few dark spots (3, far above) on them. When they get a lot of dark spots on them, it's time to start baking.

Once your bananas are at the perfect level of ripeness, you can put them in the refrigerator for a couple days. And they freeze well, too: Just peel them, and put them in a plastic zip-top bag, either whole or broken into chunks.

Most of us peel a banana starting at the stem end (5, above), but Chiquita recommends peeling from the bottom (6, above), claiming that you'll get fewer stringy pieces pulling away from the peel. And your fun fact of the day: Those stringy things have a name -- they're called phloem (which is pronounced "flom").

More: Banana peels (4, above) don't need to be destined for the compost bin -- you can clean with them too. 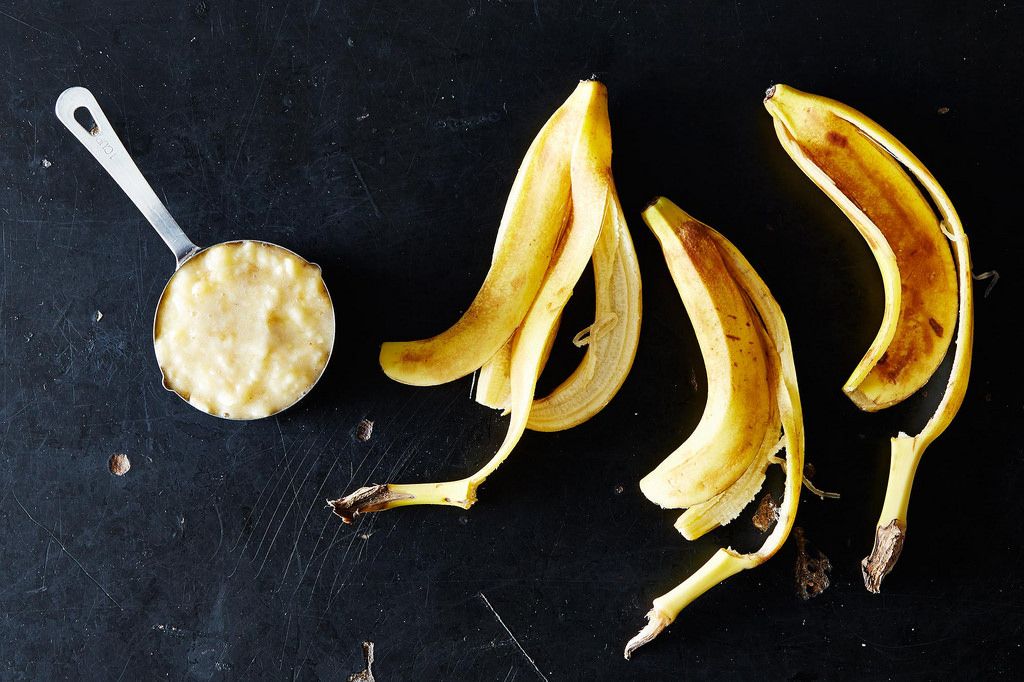 More: Three medium-sized ripe bananas will equate to about one cup once mashed. Here are 9 other common cooking conversions that don't require measuring cups and spoons.

Everyone likes banana bread, but it wouldn't hurt to change up your standard banana baked goods: Make banana cookies or a banana snack cake and then try these other ideas for changing up your banana routine:

How do you like to eat bananas? Wrapped in American cheese like Mr. Rogers enjoyed? Tell us in the comments!

Dungtran0703 October 8, 2020
We are in Vietnam. We are planting cavendish bananas so if you are importers you can contact me: [email protected] gmail.com

Grey February 17, 2015
You can take your over ripe bananas, mash them with some flour and spices like nutmeg, cinnamon and vanilla, then fry them in a bit of oil until crisp and the batter isn't runny. Delicious banana fritters.

You can even us green bananas. If they are fully green, boil them in salted water until they are tender when you poke them with a fork, but still a bit firm. You can peel them before hand, or just cut a slit down the back or inside curve and shuck them out after they cook.

Chef L. February 8, 2015
The peels are an excellent fertilizer for roses. Just bury them near the base of the plant during the growing season. Or, you can puree them with some eggshells and pour directly to the root area.

AntoniaJames February 7, 2015
Ground flax seeds + a heaping teaspoon of almond or sunflower butter + a heaping teaspoon of unsweetened cocoa thoroughly stirred in, then covered in vanilla almond milk and heated in the microwave for about 2 minutes, 70%. Stir well, top with 1/2 banana cut into tiny bits + a tablespoon of finely chopped roasted pecans. Breakfast (or snack, if it was a light lunch and dinner's a long way off). Frequently. ;o)

Susan L. February 7, 2015
Or try Espresso Powder instead of Cocoa Powder if you need the morning jolt

magpiebaker February 7, 2015
There are actually many, many varieties of bananas, especially in Hawaii and other tropical places. They have one there called an "apple banana" - about half the size of a regular one, and a slight apple flavor. And my parents (in Southern California) grow a variety that's thin-skinned, dense, sweet, and also mini-sized. They are my favorite!

amysarah February 7, 2015
No claims that this is authentic - to anywhere - but I've stirred a chopped overripe banana into simmering curry many times. It melts into the sauce, adds a mild sweetness, and works well with the coconut milk if that's in there too.

sexyLAMBCHOPx February 7, 2015
I'm saving this chocolate stuffed banana recipe once the weather warms up and can locate my grill under the snow!
http://www.foodnetwork.com/recipes/nancy-fuller/grilled-banana-boats.html

Susan L. February 7, 2015
Forget waiting for warm weather. I'm in Chicago using Nordic Ware 365 Indoor/Outdoor Kettle Smoker all winter and house smells GREAT when you use wood chips (and I'm not being paid to tell you about it)

Susan L. February 7, 2015
Don't forget about using overripe/brown bananas: They can add sweetness in bread/muffin/pancake/waffle recipes to replace refined sugar. They're also great in the oatmeal as you mentioned above and the color isn't off-putting.