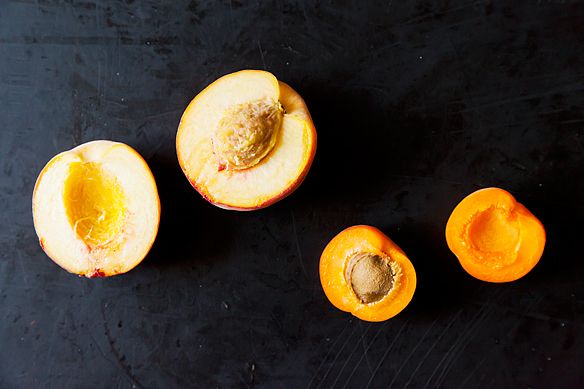 Within the first year or so of going vegan, I ran across a game changing idea in a raw foods forum: to whip frozen bananas up in a food processor or masticate them in a juicer until they resembled creamy, delicious, and dairy-free "soft serve" ice cream. It was love at first spin of the S blade. In the years since, I’ve made countless batches of the stuff, but my excitement as I’m churning a bag of frozen banana chunks into a food processor never falters.

I like to think of banana soft serve -- or "one-ingredient ice cream" -- as the ultimate vegan dessert. Why? Because no one notices or thinks about the fact that it’s vegan. People are too busy marveling over how ingenious the recipe is to think about the fact that it’s 100% dairy- and egg-free. Don’t get me wrong, I love to brag about vegan cookies, puddings, and pies. But I also like to remind people that fruits and vegetables are delicious in their own right, and no recipe demonstrates the plain, simple goodness of fruit more than this one. There are a lot of really wonderful vegan ice creams on the market right now (if you need convincing, try Luna and Larry’s Coconut Bliss, made entirely with coconut milk), but having tried nearly all of them, I still think that banana soft serve is the most delicious. It’s also quick and easy, and demands no fancy equipment: just a regular ol' food processor (note, however, that mini food processors won’t work for this recipe).

The basic technique for making banana soft serve is always the same: dump frozen banana chunks into a processor, and let 'em rip. What I didn’t know when I first discovered this fantastic trick of the trade was that banana soft serve is as versatile, as ripe a canvas for creative twists and unique flavors, as is regular ice cream. You can add whatever sorts of mix-ins or flavorings you want: you’ll still taste the banana, naturally, but you can call attention to various spices, sweeteners, fruits, nuts, and seeds. 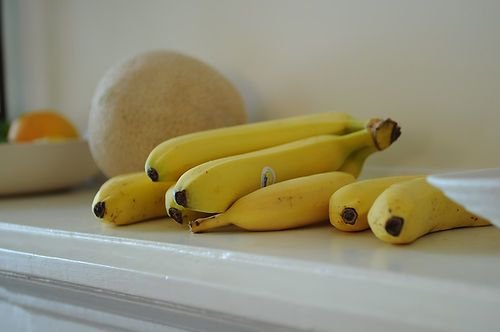 To give you a sense of the wide world of whipped banana bliss, here are a few of my favorite varieties. Assume proportions are for a batch of soft serve made with three large or four small bananas:

Blueberry ginger soft serve: Add a teaspoon of dried ginger and a cup of blueberries (frozen or fresh) to the whipped soft serve. Pulse till well incorporated.

Cherry vanilla soft serve: When you’ve reached a creamy consistency with your bananas, pulse in a half cup of pitted cherries and a teaspoon of good vanilla extract (or the contents of a vanilla bean).

Cinnamon raisin soft serve: Add two teaspoons of cinnamon to your soft serve while it’s whipping up. Once it’s creamy, pulse in four tablespoons of raisins.

Strawberry banana soft serve: Once you reach a normal soft serve consistency, pulse in half a cup of halved strawberries.

I find that some of the best soft serve varieties include a little bit of crunch, a little bit of spice, and a bit of seasonal fruit. I also love the addition of some nut butter or coconut milk for extra creaminess and richness. You can and should keep your soft serve seasonal by using it to showcase the best of farmer’s market fruits. I have yet to meet a fruit that works as well as bananas for the base of a soft-serve recipe (mango comes close, but isn’t quite creamy enough), but you can certainly use a small amount of banana (say, one or two bananas) and an equal amount of another sort of fruit if you want to alter or hide the banana flavor to some degree.

And if you like the marriage of banana and peach, consider this particular mix, which uses sweet, sticky, roasted summer peaches and a hint of cinnamon and cashew butter. I think of it as peach pie ice cream. Consider it ideal for vegans, dairy-free friends, kids, and anyone with a love of simple, natural, and scrumptiously cool dessert.

bzri September 18, 2015
Could you say how you freeze bananas? I've tried cut, leave in skin, remove from skin and cut, so on but they get brown so quickly. Perhaps I didn't get enough air out of the baggie? Thank you!

MeghanVK August 27, 2012
I got so excited when I saw the picture - I thought it would be some new ingenious way to whip peaches into "ice cream" on their own. Alas... if only I could tolerate bananas. Maybe I'll try it with mango and see how far off it is.

Aoife August 23, 2012
Been meaning to make this for ages. I think I'm going to have to go to the store right now to stock up on bananas...

(Also, as an aside, the 'rabbit food' quip at the header of your column drives me insane - that little phrase is so often used derogatively where veganism is concerned. Did you put that there?!)

Gena H. August 23, 2012
Ah, I'm sorry it drives you insane! I used it in a very tongue-in-cheek manner: the point of using it was to subvert it, because I myself have heard it my whole life, and thought it was silly. If the irony isn't apparent, though, then it may be something to reconsider :)

Nozlee S. August 23, 2012
I made this two nights ago but -- alas! -- I fell asleep before I could eat any. I've been thinking about how I'm going to thaw and re-process it since then. I think tonight is the night.

Kristen M. August 23, 2012
This recipe is so good. And peach pie ice cream! Such a perfect description.