Today: Shelly from Vegetarian 'Ventures teaches us how to make a vegetarian version of the classic Polish dumpling at home. 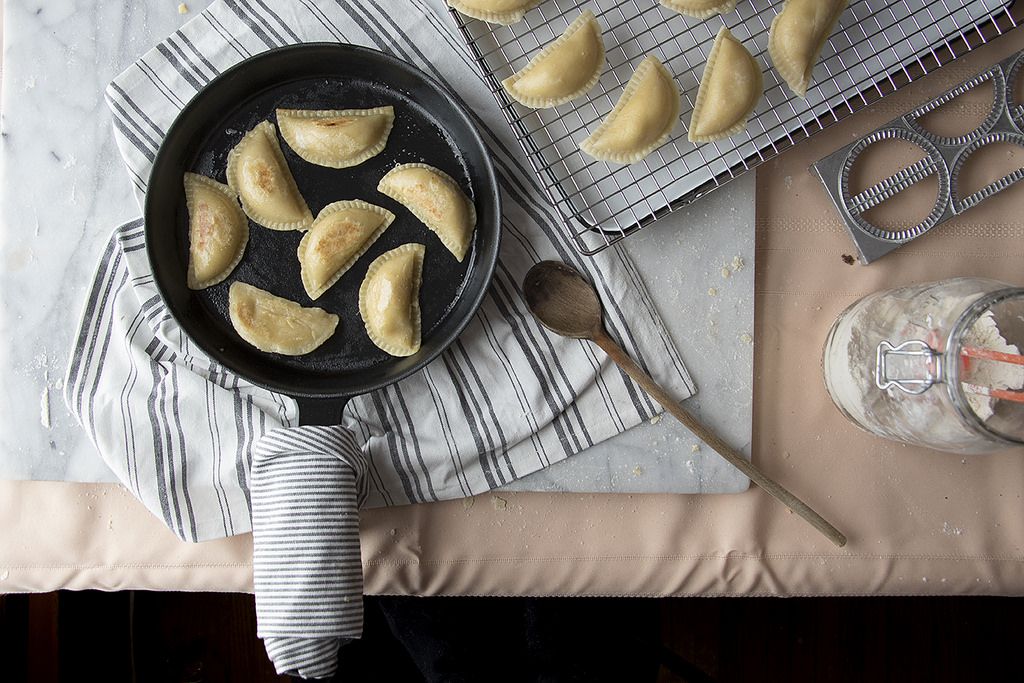 Growing up as a vegetarian in an German family wasn’t easy: While my parents didn’t always eat schnitzel or bratwurst with sauerkraut, they often cooked traditional "meat and potatoes" Midwestern feasts. In high school, I began to cook vegetarian-friendly meals for myself, and turned to my mother for cooking advice. I had wanted to learn our traditional family recipes, but everything contained meat or gelatin. Let's just say I won't be passing down my grandma’s legendary Jell-O mold.

My mom suggested we take a shot at pierogi-making to create a new tradition inspired by our hometown in Indiana. The area I was raised in has a strong Polish community so you’d often be able to buy pierogi by the dozen at church affairs and farmers markets. There's even an annual pierogi festival filled with polka dancing and booth after booth of pillowy dumplings. 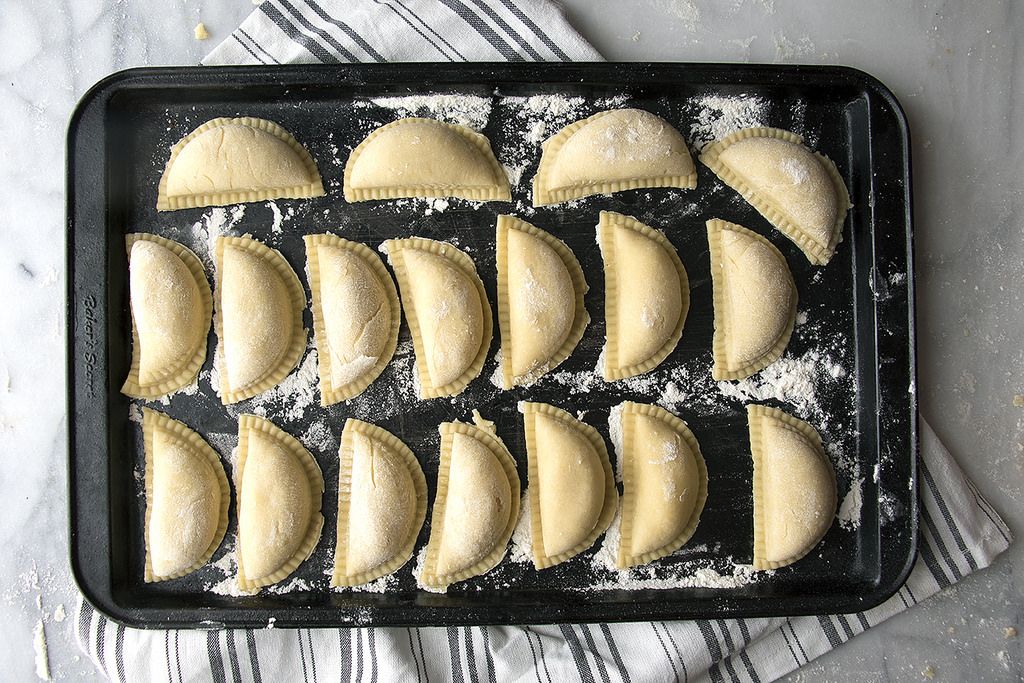 Our first attempt at pierogi-making involved seven straight hours in the kitchen rolling, stuffing, and boiling eight-dozen dumplings. After much trial and error, we’ve cut the recipe in half, upped the cheesy garlic filling, and discovered the importance of rolling the dough out as thin as possible. We’ve tried it with fruit filling and sweetened farmer’s cheese, but we always come back to this basic recipe.

6 cups all-purpose flour, plus some to dust surface
2 tablespoons salt
1 cup milk, plus some if needed
3/4 cup butter
2 eggs

Note on equipment: I would recommend investing in a pierogi press if you plan to make them often; however, using a large circlular cookie cutter will also do the trick if you aren’t looking to invest in an extra kitchen tool. 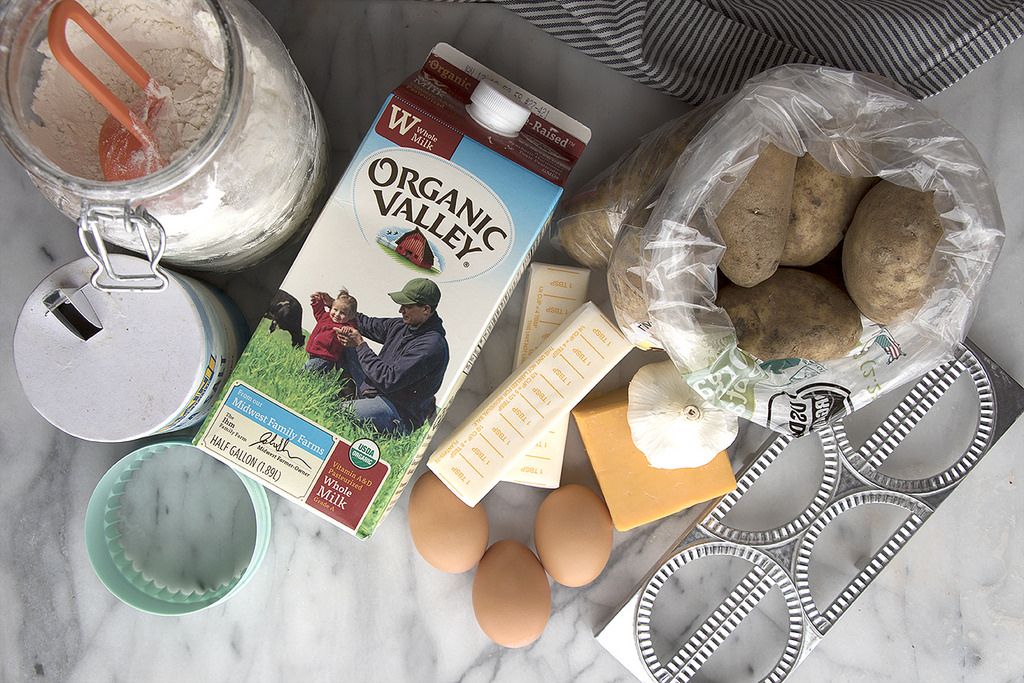 To prepare the filling, boil the potatoes for about 15 minutes, until they are soft enough that they can be easily pierced through with a fork. Drain the potatoes and mash them using a masher or a hand mixer until they're smooth. In a separate bowl, mix together the cheddar and garlic, then fold it into the potatoes until everything is well-combined, then set this aside while you make the dough. 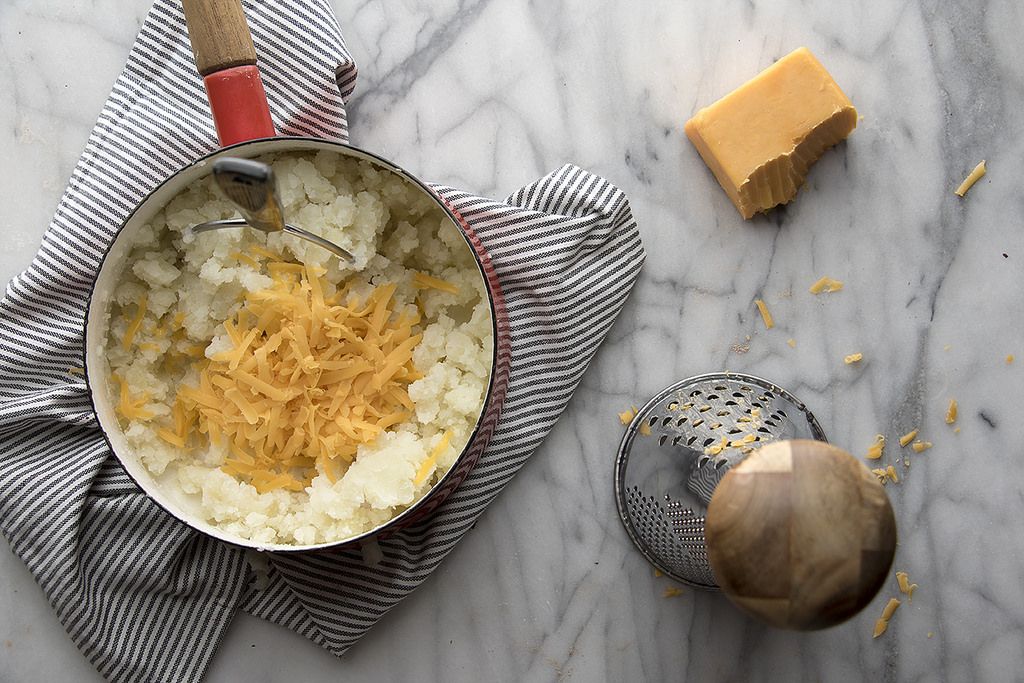 To make the dough, combine all of the dough ingredients in a food processor and pulse until well-mixed. Add a bit more flour if the dough is sticky, or add more milk if the mixture is too crumbly. 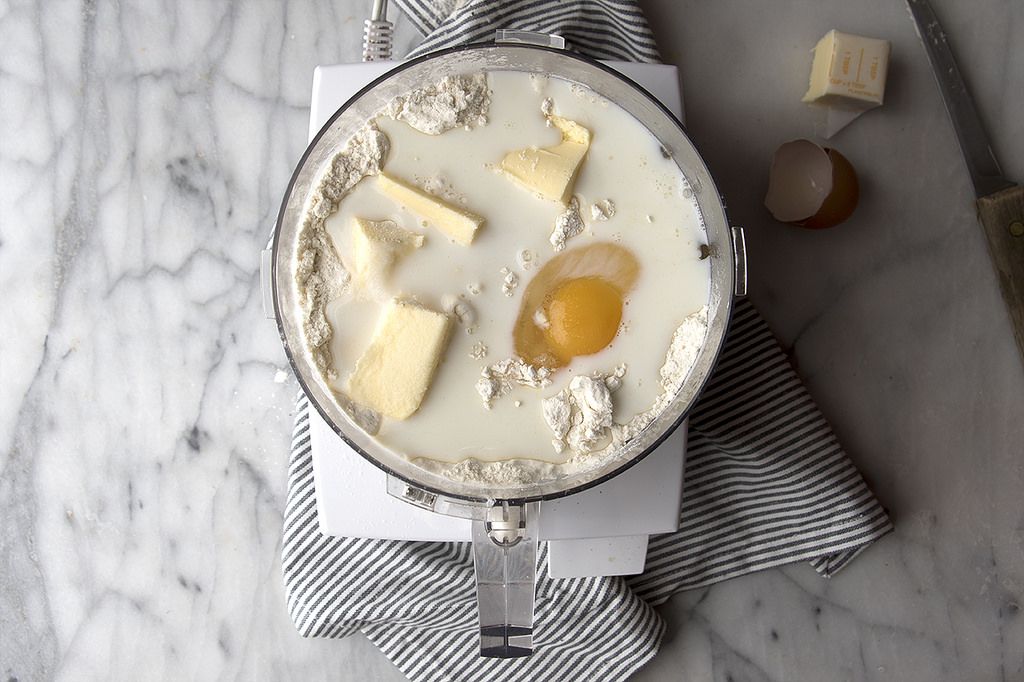 Next, remove the dough from the processor and roll it out on a floured surface. Divide the dough into 4 equal parts and wrap 3 parts of the dough in a damp kitchen towel and set these aside. Roll the remaining quarter of the dough until it’s 1/4- to 1/2-inch thick, and place it over a pierogi mold. If you don’t feel like getting a daily arm workout, a pasta maker is a great way to flatten the dough -- I recommend keeping it on the 7 setting and running it through twice to achieve a smooth texture. 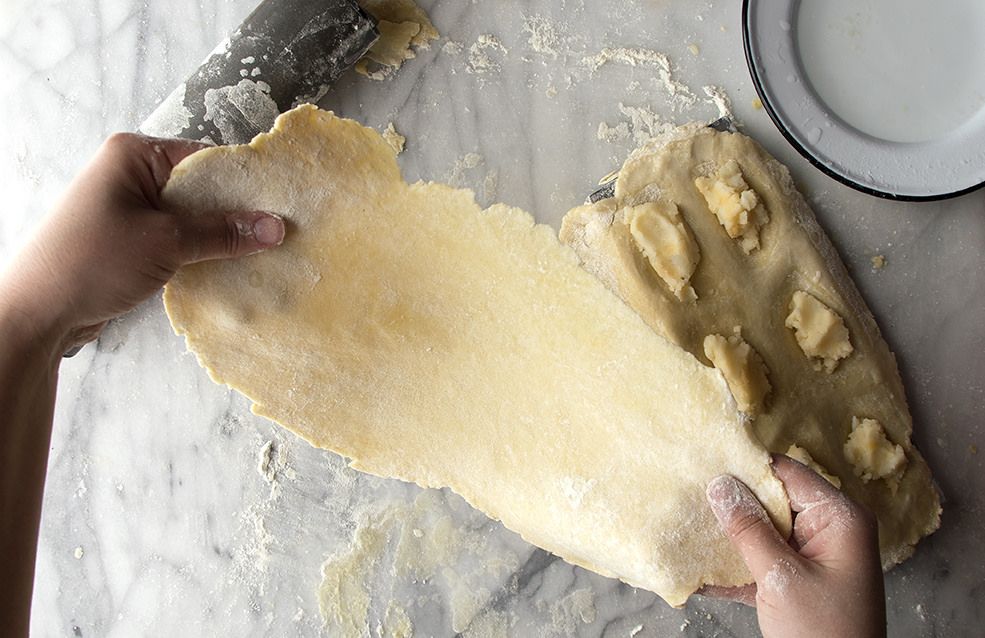 Fill each pierogi with a tablespoon of the filling, then place another layer of dough over the top. Push a rolling pin over the dough to seal the dumplings, then either press down on the pierogi maker to form the dumplings, or use a fork to press the edges together. Transfer dumplings to a floured baking sheet and set aside. Repeat with the rest of the filling and dough. To cook the pierogi, boil them in salted water for 3 to 5 minutes -- you'll know they're done when they float to the top. 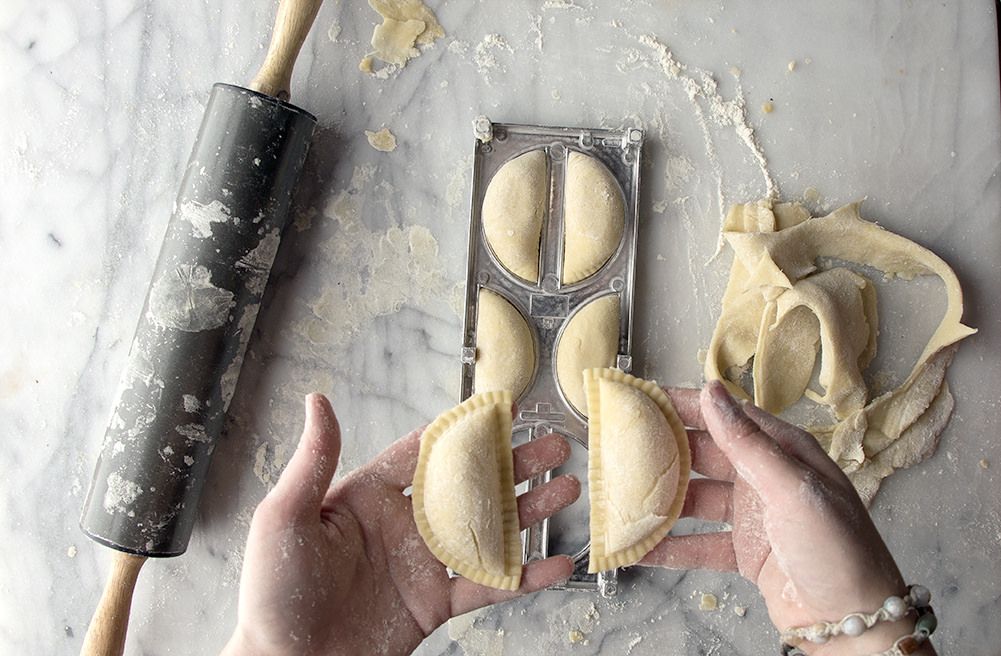 This recipe will most likely take you a few hours the first time you try it, so be sure to plan ahead. Luckily, once you get the hang of this recipe’s process, you’ll be able to cut that time in half.

Photos by Shelly of Vegetarian 'Ventures

Pisanella February 5, 2015
Are there really 2 TABLESPOONS of salt in the dough?

Bonnie M. February 8, 2015
2 tablespoons for 6 cups of flour, and if using unsalted butter, seems about right...

Vegetarian '. February 9, 2015
Yup - it is 2 Tablespoons. The dough definitely has a salty bite if you try it uncooked but once boiled, that bite disappears and it's absolutely delicious!

Stephanie F. February 4, 2015
Where can I buy the pierogi cutter featured above?

DRAMA February 4, 2015
Looks so good! Try to put some mushrooms inside, I'll promise it will be more delicious!) It's my grandma's recipe =)
But I see that your Pierogi delicious too!)
nastyadrama.ru
NASTYADRAMA.RU

Kristin M. February 3, 2015
Are you by chance talking about the Pierogi Festival in Whiting?!