Today: Carolyn Selheim-Miller finds a permanent spot for The Kitchn Cookbook in her collection. 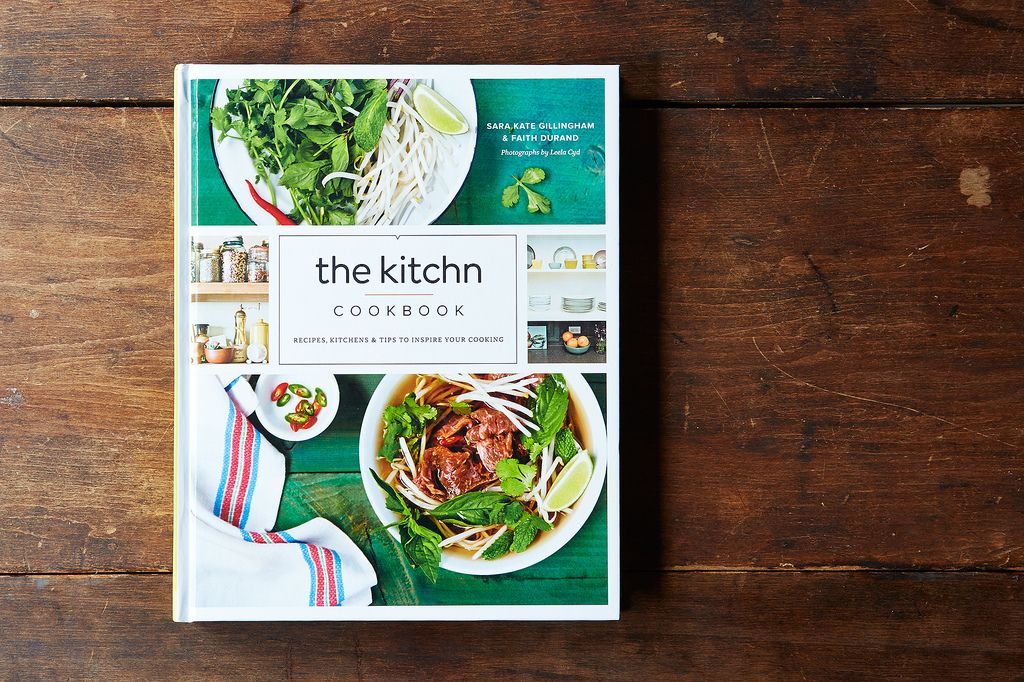 Before I read The Kitchn Cookbook, I didn't realize that most of my other cookbooks were making assumptions about me. To be fair, some of their assumptions were accurate: They assumed that I had the right tools (or knew how to work around them if I didn’t), the required skills, and the confidence to get from the beginning to end of a recipe. And, they assumed that I had the knowledge to make adjustments and interpretations to meet my liking and circumstances. In recent years, many of these assumptions have been validated -- but that hasn’t always been the case.

My biggest complaint about The Kitchn Cookbook is that it wasn’t around when I was 22, living in my first grown-up apartment in New York City. Authors Sara Kate Gillingham and Faith Durand start the book by asking their readers to consider why they picked it up instead of a takeout menu. Only about half of the book is filled with recipes -- the other half contains their secrets for reaching for the pan instead of the phone, and how to get excited about it. This is a must-read for any aspiring home cook, and it serves as a great refresher for the more experienced. This is especially true for those who have recently moved or are thinking about moving into a new kitchen space, as they give invaluable advice about stocking and caring for your kitchen. 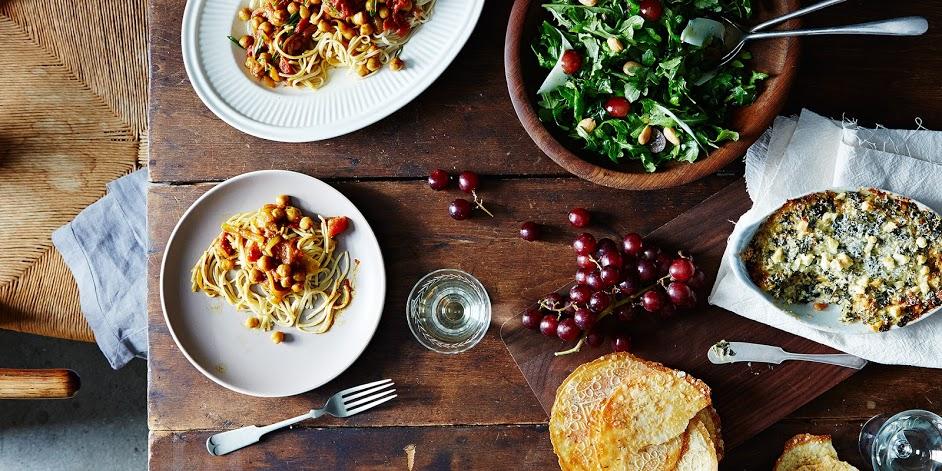 Gillingham and Durand drive home the unquestionable notion that the perfect kitchen is simply the one that gets used most often. Going along with the idea that “the best kitchen for you is a place that makes you want to cook,” they then give their tips for how to create such a space. They provide guidance to those with the means to build a new kitchen from scratch, as well as to those who are working with a 25-square foot rental. Included are peeks inside some of the most covetable kitchens in the country, spanning from immaculate all-white spaces to bohemian open-shelved oases.

Given that The Kitchn has long been a go-to website for cooking methods, ingredient knowledge, and recipes, it’s not surprising this cookbook is one I have found myself reaching for on a weekly basis. There are easy-to-follow recipes for simple weeknights, upscale dishes for Saturday night dinner parties, and cozy meals for lazy Sundays -- the meatballs with pasta sheets is a new favorite of mine. Inexperienced cooks will love the methods in the “Cooking School” chapter, which even gets specific enough to show photos detailing the difference between simmering and boiling water. Many recipes include alternate cooking methods and tips for how to create your own variations -- a recipe developer’s dream.

More: Still not convinced? Let's talk after you make a batch of the Kitchn's genius One-Ingredient Ice Cream. 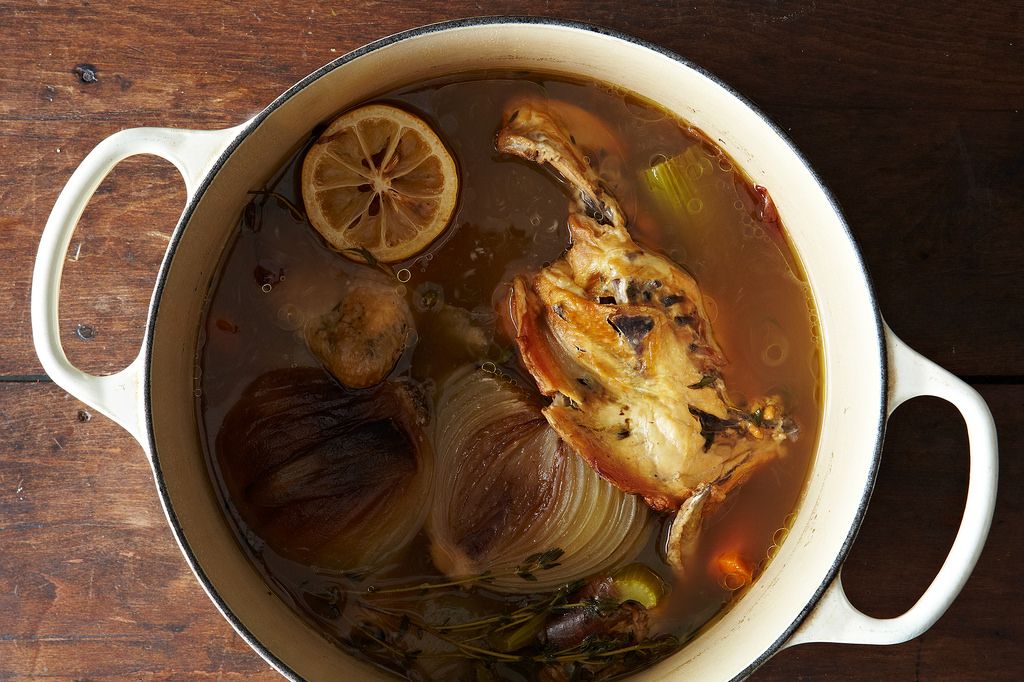 The recipes are divided into courses, which is typical. But, throughout each course, they're still challenging even the most seasoned home cook to improve and expand their kitchen philosophy and repertoire. A recipe for a delicious cast-iron skillet roast chicken is the best example of what Gillingham and Durand seek to inspire in their readers: It includes tips for how and when to prep for a weeknight-friendly meal and is followed by instructions for making stock with the carcass, including a note on how the carcass can be frozen for later use. It even goes a step further by explaining what to do with the leftovers -- in this case, Gillingham and Durand suggest that you turn them into an Italian chicken salad. This structure makes it nearly impossible not to make use of all of your ingredients.

My favorite element of the book is the last chapter, simply titled “Gathering.” Here, Gillingham and Durand get right to the heart of why we love to make wholesome, delicious meals from scratch: to share them. They give practical, budget-friendly advice about creating an experience that could make even the most amateur host seem like a veteran.

All said, The Kitchn Cookbook holds inspiration for home cooks of all levels, for every night of the week. It should be on every counter, splattered in sauce, slightly singed, and used as often as the perfect kitchen.

boxesandjars.com
Carolyn Selheim-Miller is a food and lifestyle blogger sharing her kitchen and liquor cabinet goings on, amongst other things. She considers having a bottle of Pinot Grigio in her refrigerator just as much a staple as milk or eggs. Her kitchen is her safe space and she takes great pleasure in bringing people together for a home-cooked meal. Find out more at www.boxesandjars.com

by: Jessie May Snyder
130 Items

Gayle M. February 22, 2015
After reading your review Carolyn, I'm off to buy the cookbook. How could I not? You've enticed me to take the adventure into the world known as my kitchen. Thanks.

hardlikearmour February 19, 2015
Really inspired review. I probably wouldn't have looked at the book (though I do love the blog), but thanks to you I will check it out.

Sara K. February 19, 2015
Carolyn, Thank you so much for such a thoughtful review!
Author Comment

Carolyn S. February 19, 2015
No problem SKG - I meant every word. Thank you for writing this book!

Annie S. February 18, 2015
I have this book and I agree I could have used it 40 years ago. Kitchn= Old Dog New Tricks and Young Dog Treats Are Coming! Enthusiasm is half the battle in conquering the kitchen and this book creates the energy to play on the field instead of ordering from the bench!

aargersi February 18, 2015
Are you a professional writer because this is an awesome review - so well written and well thought-out!!! Now I need the book!
Author Comment

Kenzi W. February 18, 2015
Carolyn, I love your lede. Thank you for your thoughtful review!
Author Comment

Carolyn S. February 18, 2015
Thanks very much, Kenzi! I really enjoyed testing out the book and writing the review!

healthierkitchen February 18, 2015
Agreed! Great lede! I'm now thinking of buying this for my niece who is in the small apartment kitchn