Today: Sbcooks practices her drawl with Sweet & Southern: Classic Desserts with a Twist. 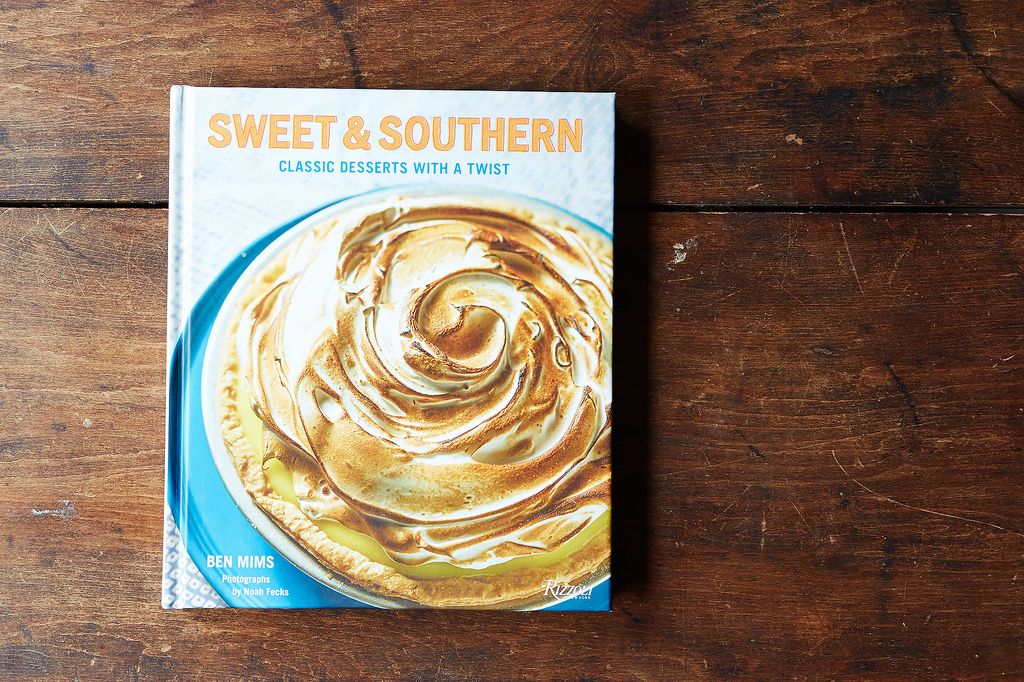 Twelve desserts sounds a bit extreme when you’re talking about one gal’s birthday party, but when I turned 40, I decided to live out my culinary dreams and have a true Southern supper. (Although I’ve lived in California most of my life, I was born in New Orleans and love Southern food.)

I carefully tailored the menu to include some of my all-time favorites -- like Edna Lewis’ Fried Chicken, Miss Lewis and Scott Peacock’s Cheese Straws, the Lee Bros.’ Country Ham Biscuits, and a bounty of collard greens, black-eyed peas, and summer vegetables -- but when it came time to choose dessert, I just couldn’t whittle down the list. So I didn’t. A mere two dozen of us had our way with red velvet cake, three-layer coconut cake, sweet potato tart, bourbon pecan pie, pralines, chocolate cake, peach cobbler, and more. I’m afraid the dessert table would have collapsed if Sweet & Southern had been on my bookshelf.

First of all, it must be said: Southerners love dessert like no one else. The towering cakes, luscious pies billowing with whipped cream or meringue, and plates of fudge are not reserved for special occasions in the South. As author Ben Mims reminisces, they were part of his daily life growing up in Mississippi; they would even “make time for something sweet” while driving to the bank or grocery store. 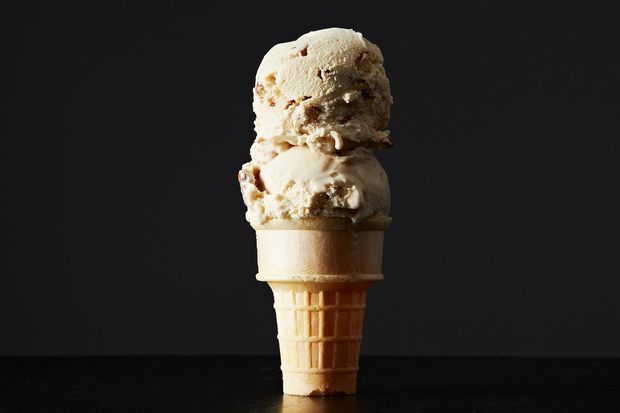 Mims celebrates that tradition of sweets in his terrific new cookbook, modernizing recipes to make them less heavy-handed than traditional Southern desserts, which are often, I must admit, too rich and sugary. Although I couldn’t quite take the plunge on the “Red Velvet” Cake made with pomegranate juice, I thoroughly appreciated his lighter touch with the pies, cakes, and cookies I made.

Birthday Cake Cookies weren’t necessarily at the top of my list of recipes to try, but I did end up making them, and they were a big hit. Festive and buttery, the recipe was so easy and fun (sprinkles!), and my 7-year-old daughters loved helping me make them. (Their review of the cookies: “Super-duper good!!!!”) The dough itself smelled so vanilla-and-sugar-delicious that I left the unwashed mixing bowl on the counter for a few hours just to enjoy the fragrance. And the baked cookies were a marvel: a perfect showcase of vanilla and salt, which Mims is dedicated to using in virtually all of his sweet recipes. 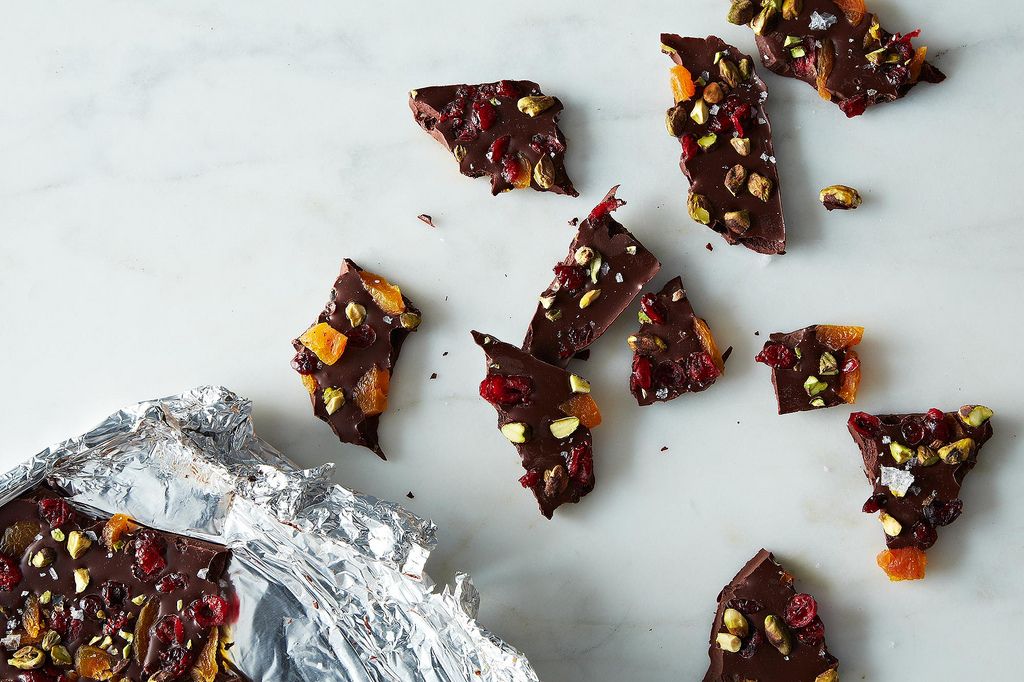 Then came pie. I am forever in search of the perfect chocolate cream pie recipe. Mims’ is the best I’ve ever made. It is chocolatey -- really, truly chocolatey. I have probably tried a dozen recipes over the years, but they inevitably tasted more of cream than chocolate, and no coincidence, were light in color as well as flavor. As soon as I saw the filling come together for this recipe, I knew it was a winner. Dark and luscious, it satisfied my chocolate cravings without being too rich.

Speaking of rich, peanut butter pie can be an over-the-top dessert, but Mims’ recipe stopped just short of going over the cliff. I was skeptical of the crumb that is sandwiched between the crust and the filling and also sprinkled on top, but it turned out to be the perfect foil for the creamy filling. It was absolutely delicious (and gobbled up by my coworkers in 5 minutes flat).

That's the thing about Mims’ recipes: They are flavorful. Really, truly full of flavor. From vanilla to chocolate, peanut butter to caramel, each ingredient shines and each recipe is beautifully balanced. In that way, Sweet & Southern is more sophisticated than you might expect and just as charming as you would imagine -- I can’t think of a better combination. 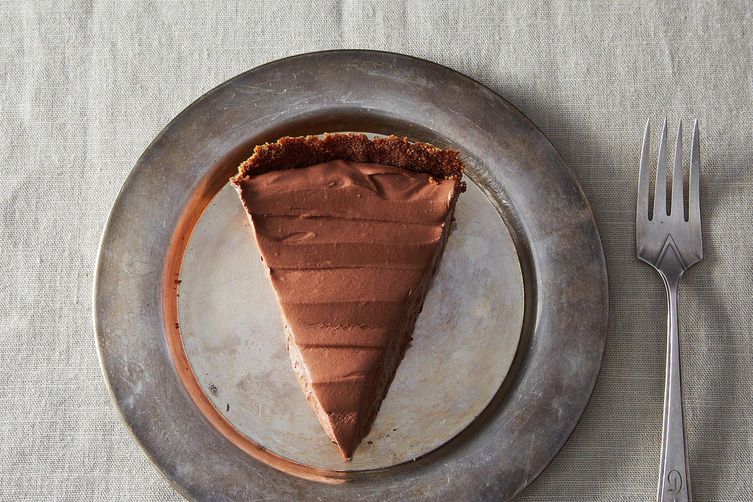 During the week in which I tested recipes from Sweet & Southern, I saved the Caramel Cake for last. The step-by-step photos (usually a bonus) intimidated me -- only 3 recipes had them in the whole book. I was right to be worried; the recipe is complicated, but it’s certainly not beyond reach. You do need good biceps to stir the caramel for 45 minutes (I kid you not!), and you need to be organized in order to pour the icing quickly. Also, you must resist the temptation to use a 1/4 cup of Karo’s and actually make the homemade “corn syrup” in the recipe. (It is otherworldly, especially made with light brown sugar.) I must say, I did find it necessary to ignore the fact that the color of my caramel looked nothing like the one in the book. It was so off, in fact, that I was convinced that an ingredient -- say, oh, dark chocolate -- was missing from the list (that Mims occasionally refers to the topping as “caramel fudge icing” did not help my paranoia). But I threw caution to the wind, used my icing as it was, and ended up with the most gorgeous, delicious, looked-like-it-was-dipped-like-a-caramel-apple cake ever.

First photo by Mark Weinberg; all others by James Ransom

Stefanie Berntson is a passionate home cook who loves nothing more than making food for friends and family. (Cheering for the San Francisco Giants is a close second.) She has been the Cookbook Buyer at a large, independent bookstore in Santa Cruz, California, for over 20 years. (Yep, best job ever!)

Alexandra H. March 6, 2015
I just LOVED this review!! Well written in a style that allows me to get to know the author of the reviw and the cookbook! (And If that's how you celebrated your 40th, then I want to come to your 50th!!) Thanks, and I'm buying this book now based in your review.
Author Comment

sbcooks March 8, 2015
Thank you so much for your nice comments--hope you love the book!

arielleclementine March 6, 2015
Wonderful review! Love the sound of this book!

JadeTree March 6, 2015
As a Southerner who, from childhood, never could stand the tooth-shocking, sugar bomb desserts down here (banana pudding! Coconut cake! All sweet, no flavor!) I almost skipped this review. I kinda resent the sweet-eating-Southerner stereotype and I was worried this book would play right into that. But your review excellently convinces me that these desserts aren't just Dixie sugar delivery devices. My Southern family (and Northern in-laws!)would love some of these so thank you for your vivid descriptions and explication of the richness of flavor here - you about converted me :)
Author Comment

sbcooks March 6, 2015
Thanks JadeTree--I hope you do end up trying some of Mims' recipes!

AntoniaJames March 6, 2015
Such a well-written, helpful review! Do you listen to John Miller and the KNBR guys before/during/after games when you're working in the kitchen? I do!! (Go Giants!) ;o)

sbcooks March 6, 2015
Thanks Antonia--and yes, absolutely, to KNBR! We are so lucky to have such fantastic announcers.