Today: The ultimate cold weather after dinner pick-me-up -- like a hot toddy but with espresso. 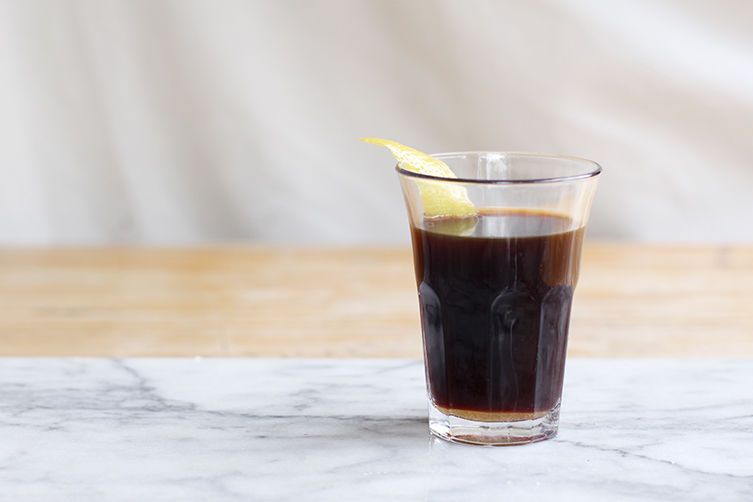 Tuscany's port town of Livorno is famous for its rough-around-the-edges manner, whether it's in reference to its architecture or its people. Its food is similarly rustic and often pulled fresh out of the sea. After a relaxed, long meal, the locals like to partake of a strong, hot drink that they say both helps digest a big meal and warms on cold days by the port. It's called ponce Livornese (pronounced pon-ch-è,  with an "e" as in "echo"), a potent combination of dark rum, espresso, sugar, and a lemon twist. 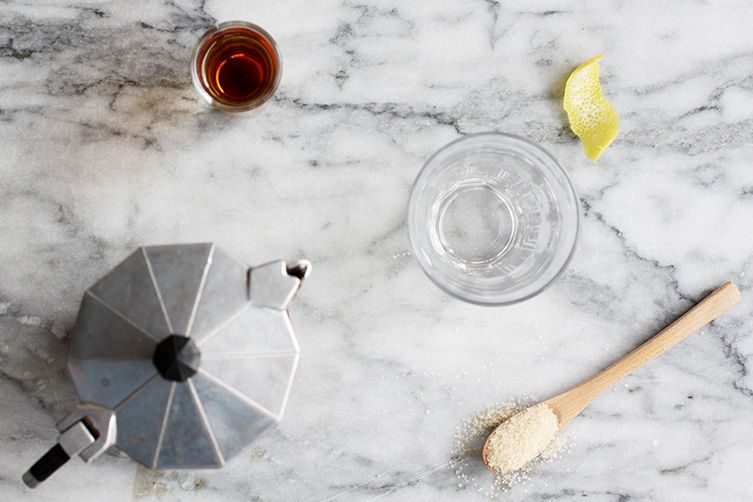 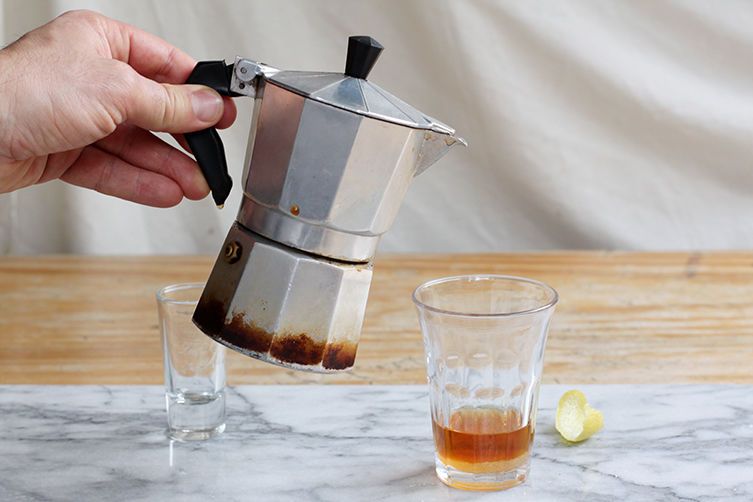 The warm drink dates back to sometime between the seventeenth and eighteenth centuries, when it was common for British mariners to frequent the Tuscan port. It's hard not to notice the similarity (both in terms of recipe and etymology) between Livorno's ponce and a British "punch" -- a hot drink that consisted of tea, sugar, spices such as cinnamon, lemon juice, and liquor such as rum. A spot of punch would have been just the thing to warm up the fishermen coming in from a long night out at sea in the early hours of the morning.

It could also be considered a variation of a caffè corretto (an espresso "corrected" with a shot of liquor) or even of a hot toddy that substitutes tea for strong coffee. To make a ponce Livornese, sugar and dark rum go into a small, thick glass. (Sassolino, a strong, aniseed flavored drink, is sometimes combined with rum too, or you could use a mix of cognac and rum; some use brandy or whatever amaro is lying around.) Then, the drink is topped with freshly made espresso (if done at home, this means a stovetop percolator espresso). A short twist of lemon rind (known as "la vela," meaning the sail) completes the ponce. Then, it's drunk quickly, while still hot and even before the sugar has had time to dissolve properly. This drink is not for the faint-hearted. 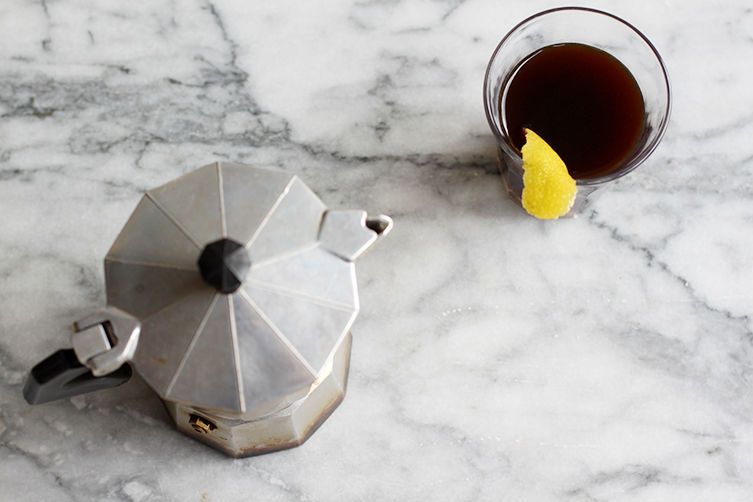