Today: Why vermouth should be more than a supporting act. 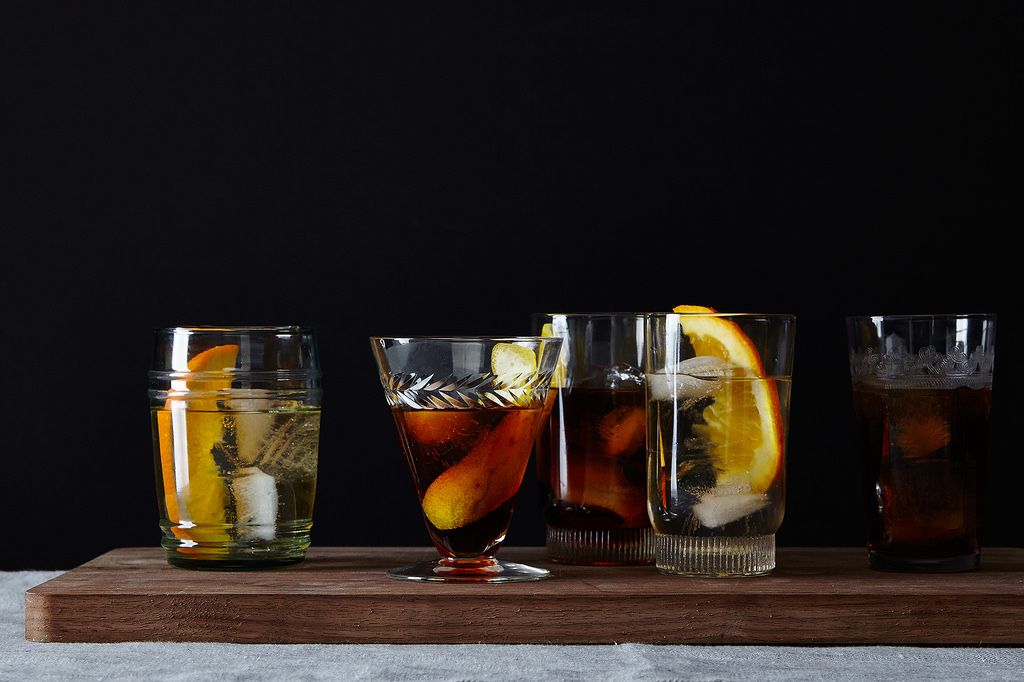 Being one of the enlightened cognoscenti who regularly visits this site, you're likely well-versed on the specifics of the most maligned aperitivo: vermouth. Maybe you can even drop into cocktail party conversation that vermouth is an aromatized wine usually fortified with alcohol to approximately 18 to 23% ABV. But what does that actually mean?

Vermouth starts its life as a wine. Any wine -- many vermouths don’t even list which grapes the base is made from. Once fermented, the wine is fortified with neutral alcohol, meaning that alcohol is added to boost the stability of the wine. The fortifying alcohol is usually derived from grapes as well, but anything -- grain, beets, molasses -- is fair game. Once fortified to the appropriate strength, it's combined with aromatics to be infused and aged. These aromatics vary by style and producer; the word "vermouth" is derived from the German word wermut, meaning "wormwood" -- the key ingredient in the first European fortified and aromatized wines. They were originally intended to be medicinal, and the alcohol was likely added to increase the extraction of beneficial compounds from ingredients like citrus peels, spices, herbs, and flowers.

Which means that vermouth was meant to be enjoyed by itself; the use of vermouth in cocktails is a relatively recent development. If this seems strange, consider that most of your interactions with vermouth have probably been with improperly stored -- and likely expired -- bottles. The large influx of high-quality spirits after Prohibition led to the 'drying' of the martini: people asking for a higher and higher proportion of base spirit to vermouth, unintentionally making vermouth a pejorative word and banishing most bottles to dusty shelves from which they were rarely taken down. Make no mistake: less vermouth is not better. The martini did not become the most popular cocktail in history by being three ounces of cold gin. 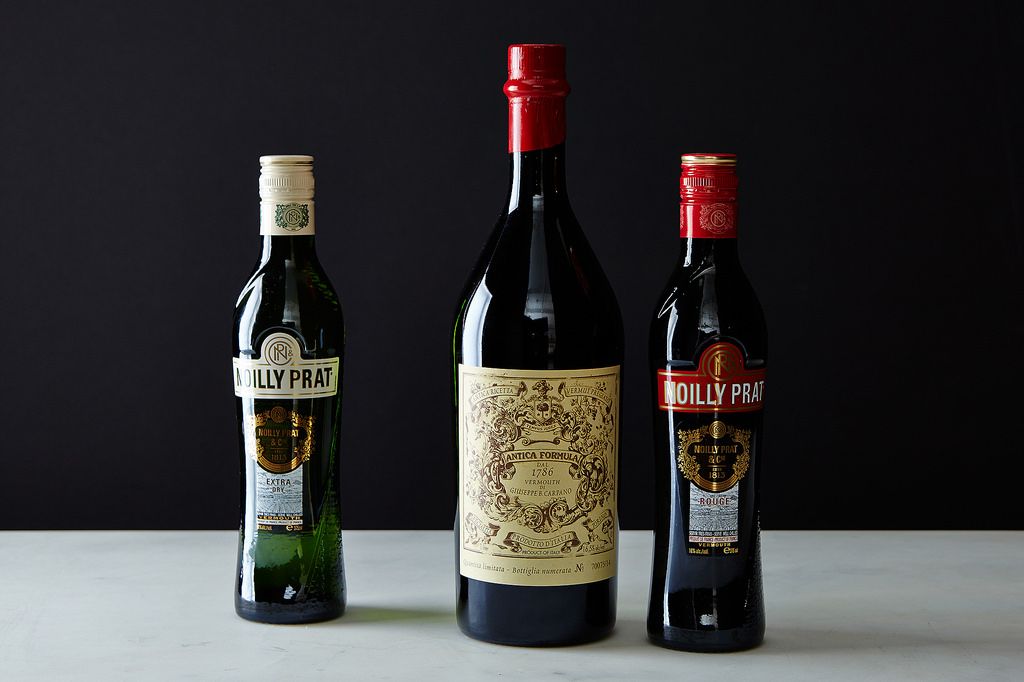 White or Red?
The common styles can be broken into two families: white and red. White vermouth is vermouth made from white wine that has not been colored. The most famous style is dry vermouth, known for its floral and herbal tones with touches of citrus. Classic examples include Martini e Rossi, Noilly Prat, and Dolin Dry. A burgeoning style is the bianco or blanc vermouth, which is essentially a white sweet vermouth that includes some of the fullness usually associated with dark vermouths, without the darker flavors of caramel. These are perfect for Manhattan-style cocktails made with lighter spirits (like the El Presidente or a White Negroni) and are killer when enjoyed with a splash of sparkling wine and a twist in the summer. Great examples are the light and floral Dolin Blanc or the richer and spicier Carpano Bianco and Montanaro Bianco.

Red vermouths are also made from white wine (with some notable exceptions), but caramelized sugar has been added to the wine for depth and flavor. These vermouths usually are characterized by flavors like dried fruit, roasted citrus peel, and baking spices. For classic examples, look to Cinzano Rosso or Contratto Rosso, or go for the richer Carpano Antica Formula, which is one of the sole surviving examples of vermouth alla vaniglia: vermouth enriched with vanilla. There are also enriched red styles that have been flavored with additional bittering components like Carpano Punt e Mes (made with gentian) and Martini Gran Lusso (made with cinchona). These are like bottled vermouth cocktails with one foot in the amaro camp -- delicious on their own and fun to use to add a layer of flavor to classic cocktails.

Rather than crowd your fridge with more bottles (you’ve got to leave room for mostly empty jars of condiments, after all), why not visit a restaurant with a developed vermouth list to see what falls into your palate range? If you decide to pick up a few bottles, make sure you refrigerate the leftovers. (Even better if you have a separate wine cooler -- it's the perfect place to keep them.) Just remember, good vermouth is a nuanced and delicate product; it needs to be kept in a cool, dark place without a lot of temperature variation, so pour that dusty bottle that you got from your parent’s vintage liquor cabinet down the drain and reintroduce yourself to an old friend who deserves a second chance.

booglix February 23, 2015
How long will vermouth stay decent in a regular fridge? I have friends that say not much longer than wine, which makes me feel that it's not worth buying vermouth at all, since there's no way we can drink a bottle in a few days.

Karl R. February 23, 2015
I haven't noticed any differences until about 2 months out (refrigerated the entire time) - though I'm using mine strictly in mixed drinks.

Karl R. February 20, 2015
I've taken to "Dolin Vermouth de Chambery Rouge" as a noticeable upgrade to Martini & Ross (choosing among what's available at the corner store) for regular Manhattans, Negronis and Boulevardiers. Anyone else care to share their go to Vermouth for having on hand?

Julie M. February 20, 2015
Cocchi, Vermouth di Torino! I love to drink it on the rocks by itself.

Matt H. February 20, 2015
Dolin Rouge is also my default for Manhattans, but give Vya Sweet a try if you have not already done so. I feel like the character of the wine component comes through more strongly in Vya.

ChefJune February 20, 2015
Noilly-Prat used to be a good vermouth. Sadly, like Boissiere, it was sold and the quality has declined greatly. I only use Dolin Dry any more. Have yet to try any of the new artisanal vermouths.

Lyrajayne February 20, 2015
"The martini did not become the most popular cocktail in history by being three ounces of cold gin." This. While I do enjoy cold gin, it's not a martini. Something I've had to explain to many a bartender over the years.