Today: A reminder not to underestimate what time can add to a simple dish, and the recipe that will carry you into spring. 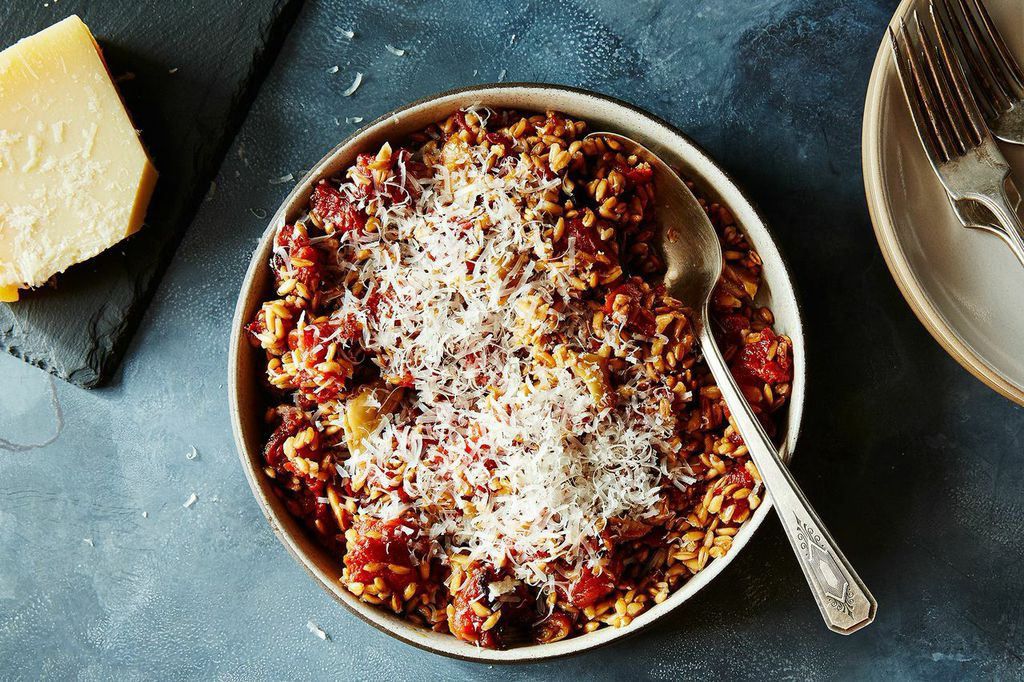 Or as my wife says, not entirely reassuringly: Just because you’re dating someone isn’t a reason not to break up with them.

The next day I opened a couple of cans of tomatoes, smashed a lot of garlic, glugged a lot of olive oil, scattered whatever fresh herbs I had, and slow roasted the whole mess until dinner. I tossed it over farro, grated too much cheese on top, and inhaled the sweet and rich tomato fragrance.

Then I took my bowl outside to eat in a snowdrift. 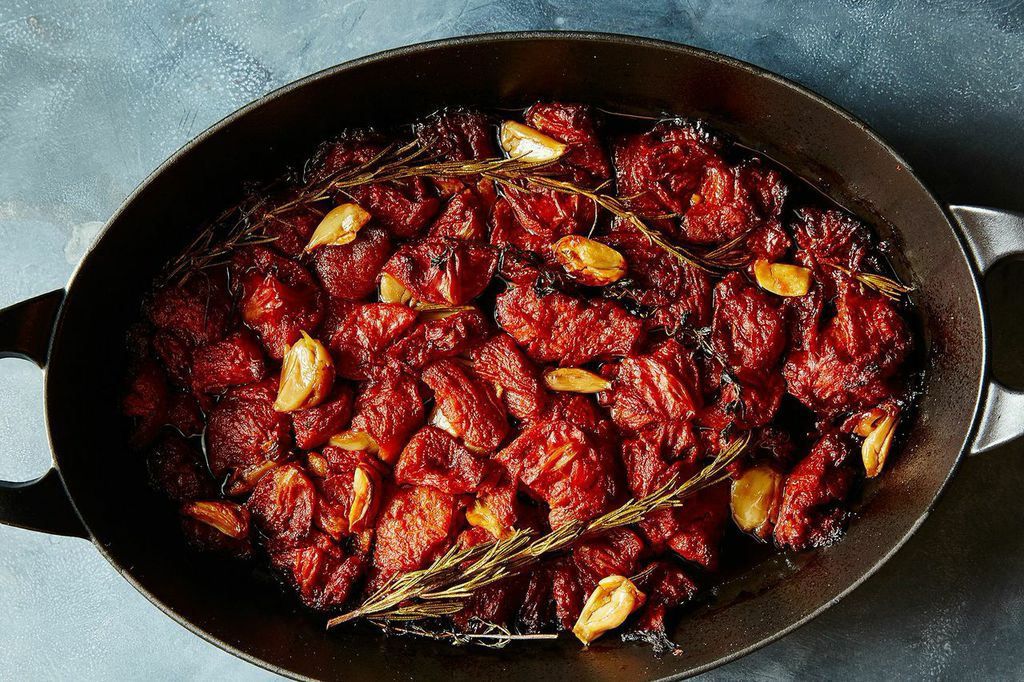 This is your new easiest dinner that is not chips and salsa plus beer. It is essentially pasta and red sauce plus time. But time! There is so much of it, even if we can never find where it went, and we spend so little of it slow roasting tomatoes. You can never get back the time you spent not slow roasting tomatoes. And if you have unilaterally declared summer, there is no better way to eat tomatoes until the snowdrifts drift.

About the farro: You could use pasta, of course. But because there isn’t much to this dish -- there’s almost nothing, as befits a proper summer meal -- each ingredient has to hold its own. And the ruggedness of the farro is a perfect foil for the sweetness of the roasted tomatoes.

sarahmilne March 23, 2015
You are one of the best writers on the internet. And yes, I did in fact finally register for food52, after months of shady unregistered browsing, specifically in order to leave this comment. Please write more often. (Recipe looks good too.)

Chryssie L. March 12, 2015
I think a great substitute for the farro if you were after something a bit more pasta-like would be some risoni cooked in chicken stock. This looks so delicious though...very keen to give it a go!