How to Make a Frozen Banana Daiquiri That's Actually Good

Today: Erik shows us how to make a frozen cocktail that actually tastes good—just in time for the hot weather. 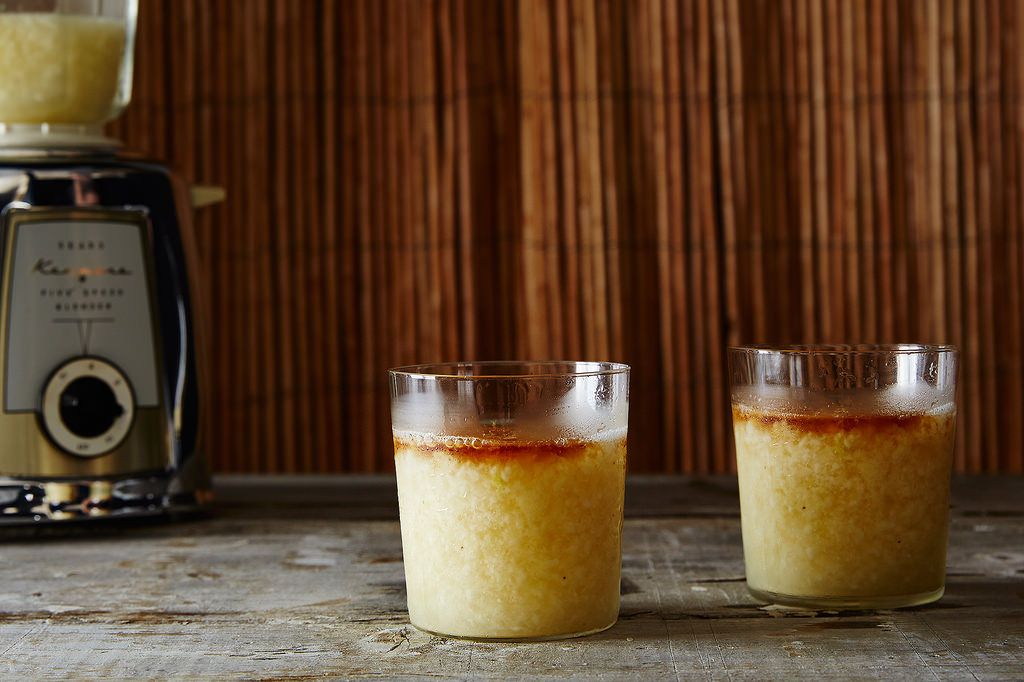 We all know someone who claims to hate Chardonnay, indiscriminate of geography, climate, or method of vinification. If it’s Chardonnay, they hate it.

The saving grace is that, finally, this is widely considered to be unacceptable behavior, relegated mostly to the terminal eye rollers—there is so much more to Chardonnay than the Chardonnays that ruined its own reputation, and we know that now.

Sadly, this enlightenment has yet to spread to the craft cocktail set, where ordering anything other than a Negroni or a shot of Fernet Branca in the wrong bar will label you forever square. Here’s the truth: Just as excellent craft cocktails (that Negroni, say) can be made poorly, so too can traditionally frivolous cocktails be made well. And a perfect example of the latter is the frozen daiquiri.

The classic daiquiri is basically a fresh lime, sugar, and rum cocktail, best enjoyed and consumed while still bracingly cold. But partly because motorized blenders were all the rage in the early 20th century, we found that the daiquiri is a cocktail that lends itself very well to being suspended in a matrix of lime, booze, sugar, and ice. Pretty soon, variations were popping up everywhere (Hemingway was known for them), but one of the best things you can do to a frozen daiquiri is something the smoothie crowd has known forever: Add ripe fruit to it.

More: Take a cocktail hint from the milkshake crowd, too, and blend up a genius Grasshopper. 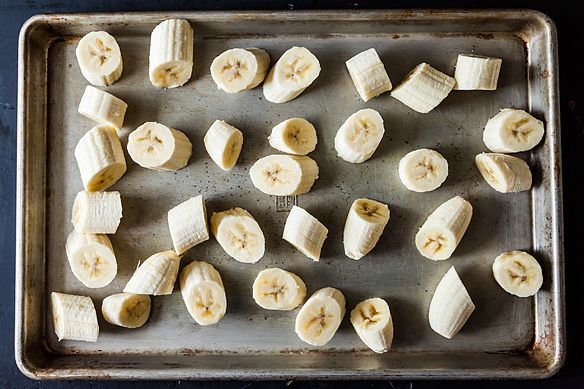 When was the last time you had a banana daiquiri that wasn’t overloaded with artificial flavoring? The next time you have an aggressively ripe banana, peel it and freeze it. Then follow the recipe for a classic daiquiri, adding half of the frozen banana and cup of cracked ice to a blender, and blend until smooth. Pour into huge silly margarita glasses (or, if you don’t have them, anything that will hold liquid), finish with a float of good dark rum and some Angostura bitters, and force yourself to drink slow enough to avoid brain freeze (it isn’t easy).

This can be done with any fruit, but the key is to make sure the fruit is almost overly ripe when unfrozen—otherwise you’ll have a hard time tasting it once blended. For rum, white is classic and will add notes of coconut and white chocolate, but using a good amber or mixing in some rhum agricole can add fantastic notes of smoke and baking spice. Mix and blend the rums as you like, but keep the final volume of alcohol the same lest you wake up sunburnt on a beach somewhere.

As with all cocktails, the most important rule to follow for a good frozen daiquiri is to use great ingredients and to treat them with respect. Too much development may have turned the Caribbean set of drinks into a watered-down Disneyland of Times Square-like proportions, but let’s not forget what greeted the drinking cognoscenti down there in the first place: sweat beading on ice-cold drinks in fiercely hot sun.

SuSu May 21, 2015
This is a signature summer drink in my family. In lieu of sugar you can use 1/3 can of frozen pineapple juice which adds a slushy consistency to the frozen daiquiri. Add a splash of fresh ginger juice for a kick.