A Genius Caesar Salad from a Genius Dad

Every week—often with your help—Food52's Executive Editor Kristen Miglore is unearthing recipes that are nothing short of genius.

Today: Kristen's dad makes a bright, lemony, California-style Caesar salad that's pure genius (but not for the reasons he thinks). 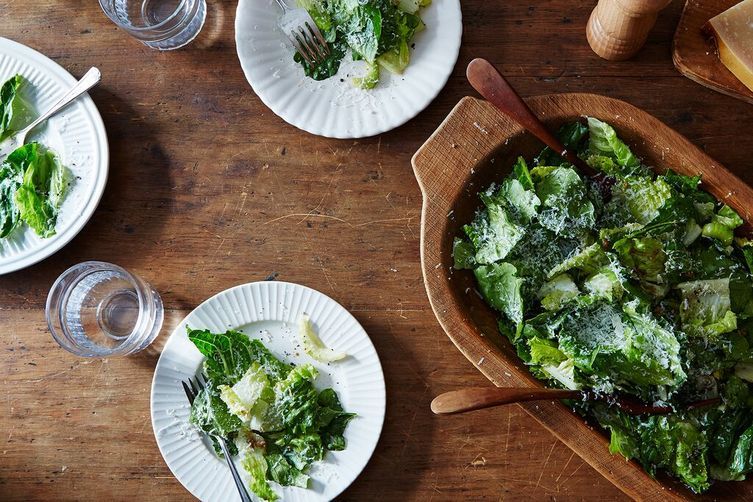 My dad may or may not be stronger or faster than yours (and mine would prefer to sit down with yours to play cribbage and drink bourbon than perform feats of strength anyway)—but I would put his Caesar salad up against anyone's. Julia Child's, cross my heart, doesn't even come close. 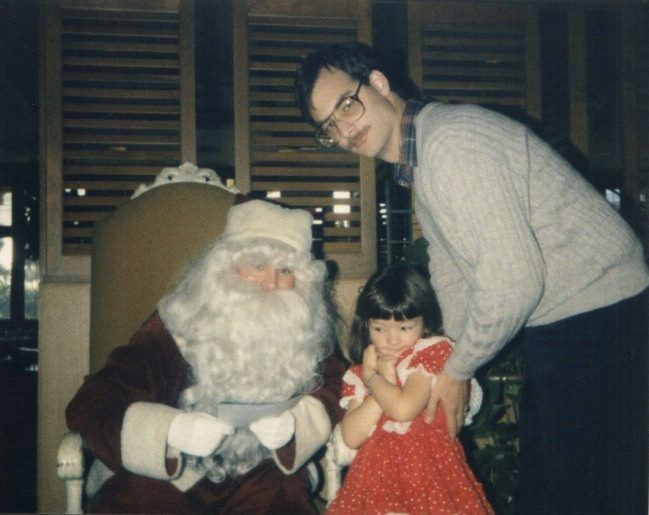 My parents would tell you his recipe is genius. So would I. But they think it's so because he swaps in sliced celery for croutons—with all that crunch, who needs old bread! they say—and that's where they're wrong. 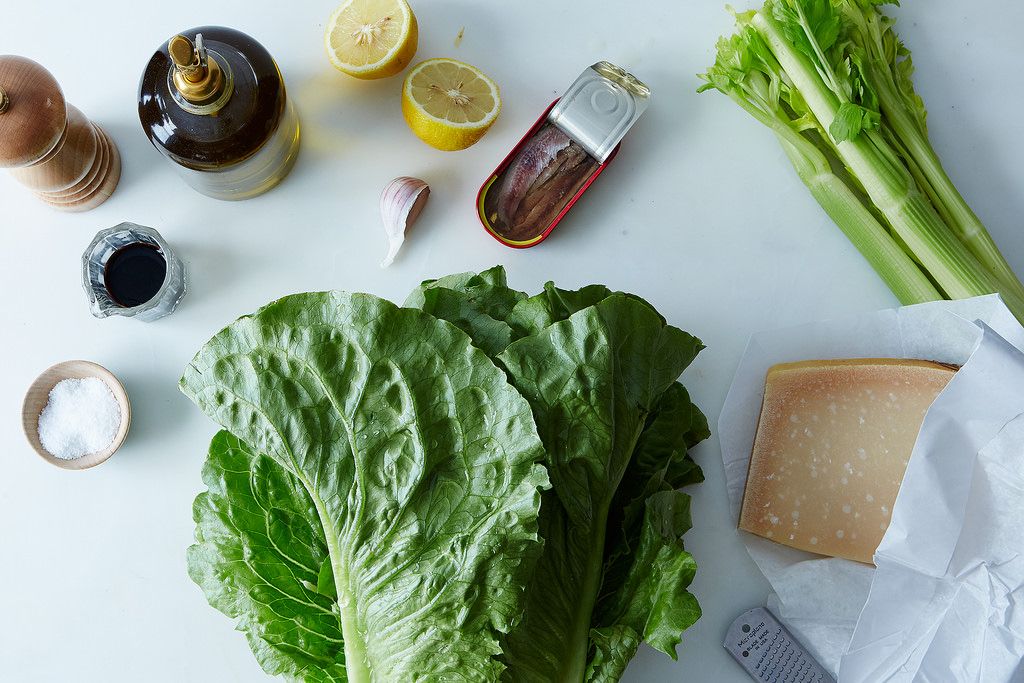 Way before celery was cool, my dad was putting it in his marinara sauce and on his clam pizza—but with all due respect to my parents (and to celery), celery will never be croutons. So go ahead and add croutons if you want (sometimes I do). Skip the celery even. Because the salad's genius is actually in the dressing, which you could put on beef jerky and it would still be legendary. 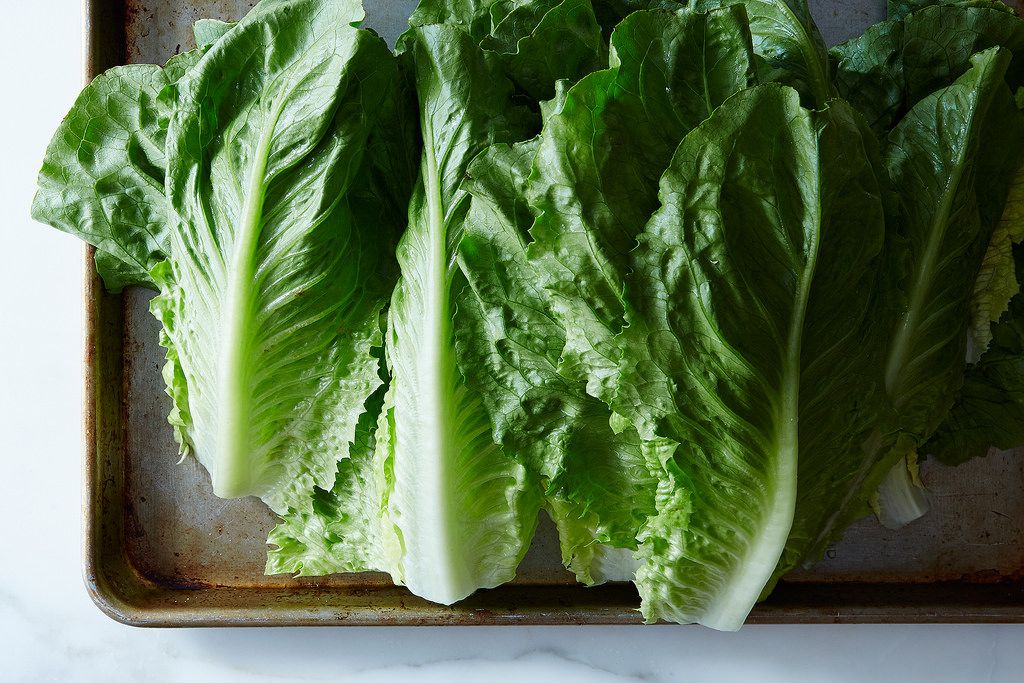 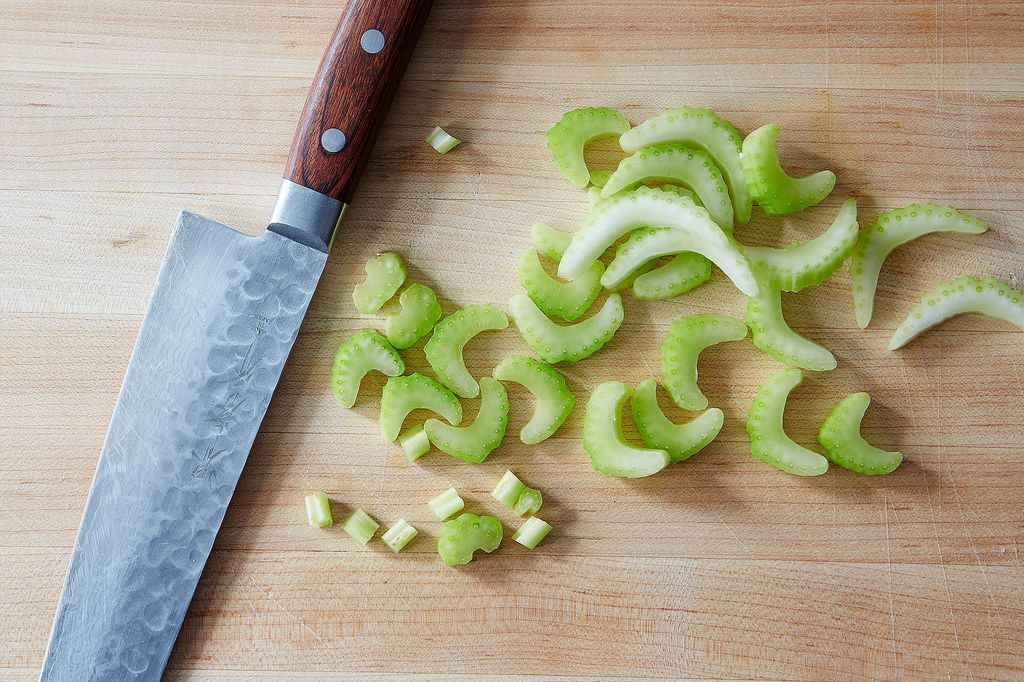 It's a fiery beast, fueled by lemon, garlic, and anchovy—with no egg, and nothing creamy to interrupt. When my dad developed his technique in Northern California in the 1990s—inspired by a waiter at an old-school restaurant preparing one tableside—flavors were light and big. There were no carbs and there was definitely balsamic vinegar. 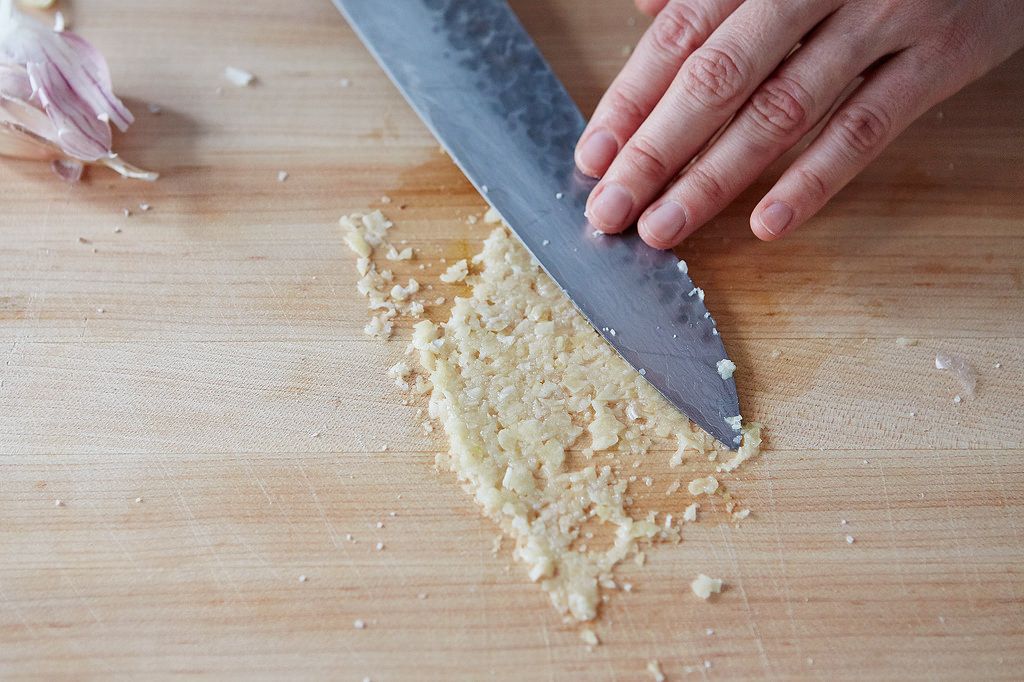 So it's not a traditional Caesar, but all the defining pillars are there, and drawn into hyper-focus through framing—a little sweetness and vim from balsamic up top, a smooth umami underbelly of Worcestershire below. Over the surface, a blanket of black pepper and salty Parmesan. Pulsing through the middle, loud and clear, is a whole lot of lemon juice, anchovy, and crushed garlic. 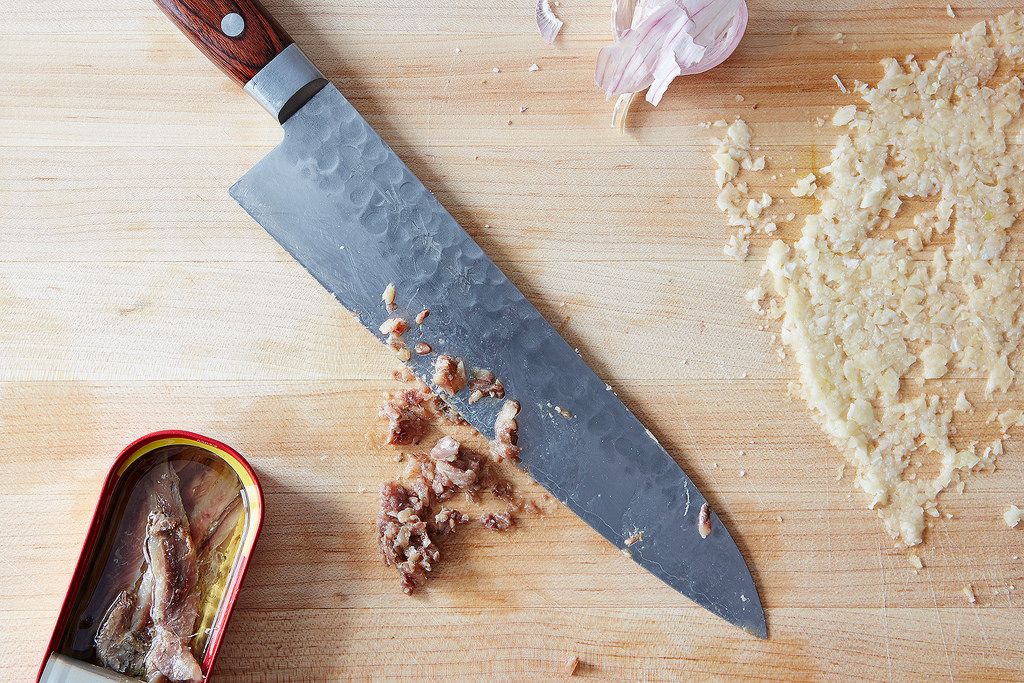 When I tried out Julia Child's famous version—which is about as close to authentic as we know—I couldn't understand it. It tasted much too quiet. My dad's dressing is such a force that when I order Caesars in restaurants, I often have to ask for an extra bowl of lemon wedges, just to not be bored. 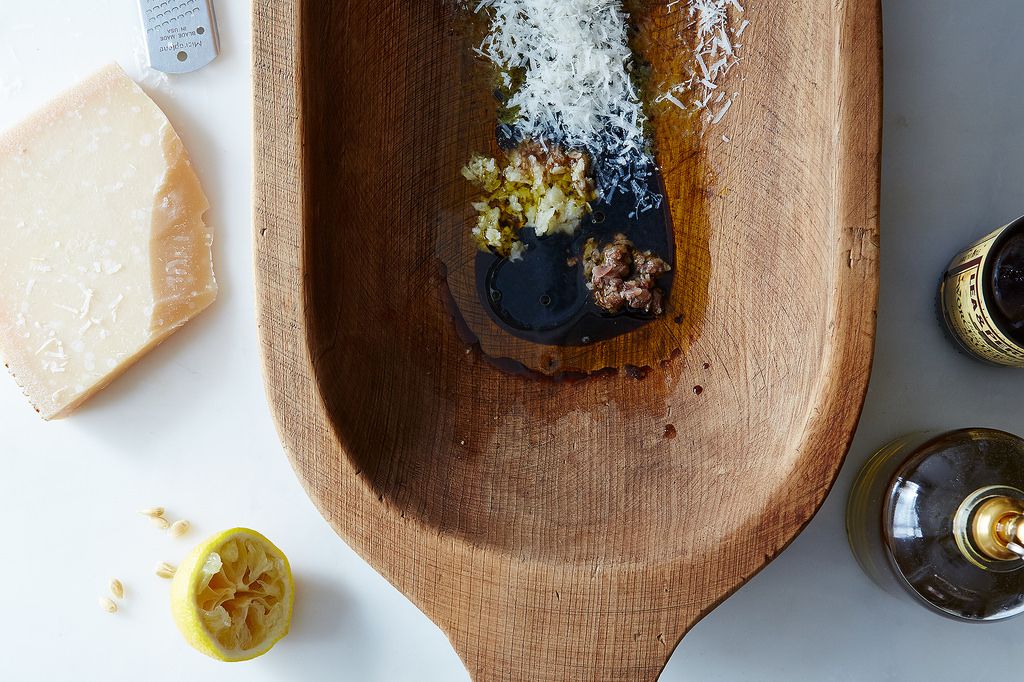 But the genius here is also in my dad's freeing style of measurement. It wouldn't be fair to say he can't follow a recipe—we once made a whole Turducken together to the letter, for better or worse. It's just that he's a creative by nature—an entrepreneur and software writer and developer—and has always found the most joy in improvisation. 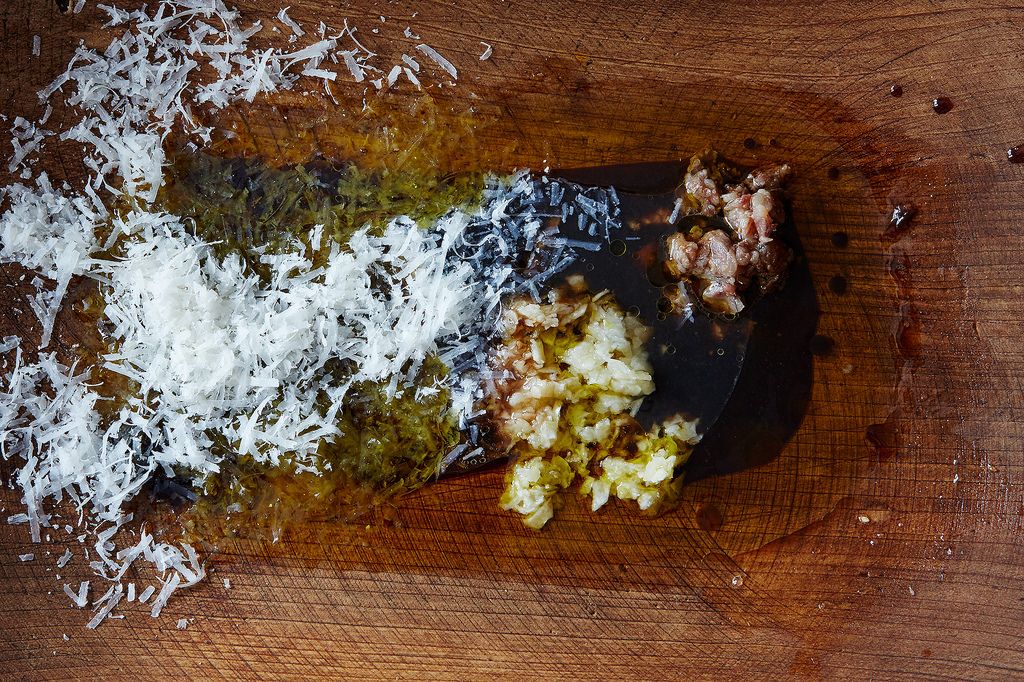 For his trademark Caesar, he administers a layer of olive oil to the bottom of a wide wooden salad bowl, then pours in all the other ingredients in roughly recognizably sized pools—even some of the grated Parmesan sometimes, when he wants the dressing to be a bit thicker. 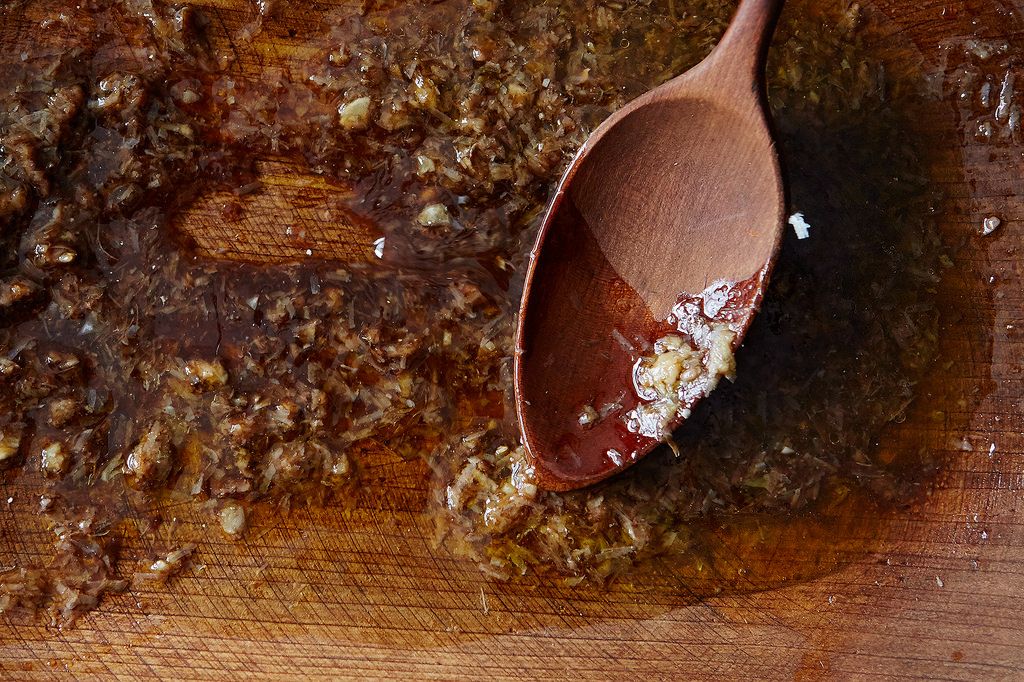 He never measures any of it, to my mother's chagrin, but when my brother and I were teenagers, my dad taught us how to make his dressing with invented visual cues. The puddle of Worcestershire should be about the size of a quarter; the balsamic and anchovy, the size of a large-ish nickel; and so on. 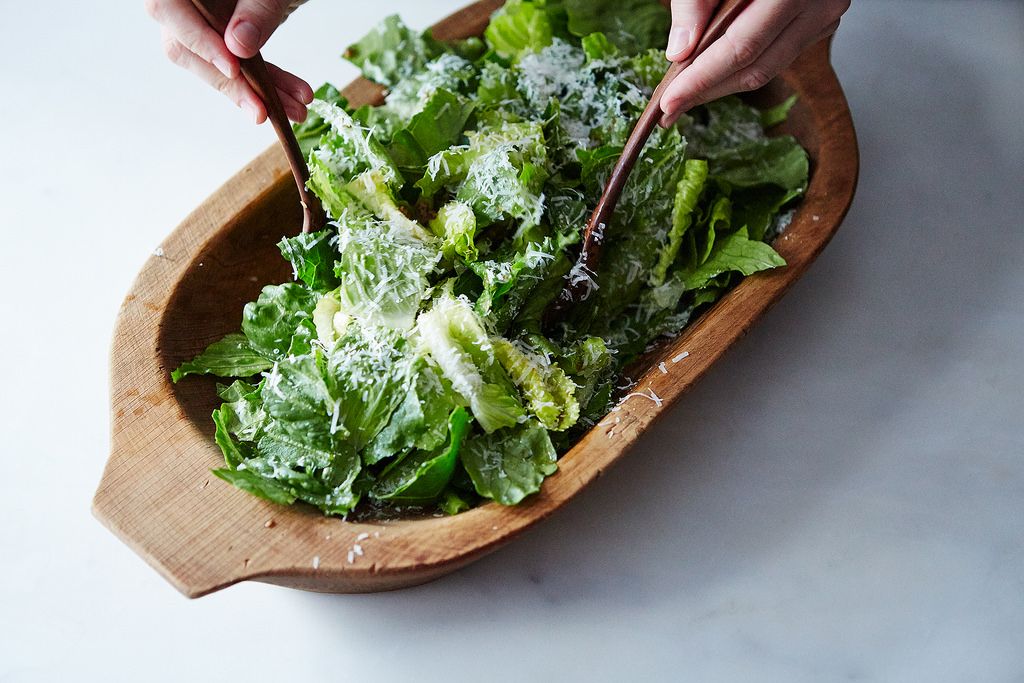 The garlic was crushed from a press then, because Anthony Bourdain hadn't made us feel bad about it yet. Now my dad gleefully mashes it to a paste; I sometimes grate it on a Microplane. Back then, the anchovy was from a convenient bottle of "Anchovy Essence," which was like a looser, pourable anchovy paste and is now impossible to find. Now, you'll have to chop anchovy fillets small or use the stuff in a tube. Do not use fancy balsamic reduction by accident or the whole thing will take on an air of Dr. Pepper.

The measurements here were taken by my mom and uploaded to their own cooking website, and updated by me. But in the spirit of my dad, I hope you'll wing it.

Virginia June 15, 2017
We all know the story, but it's ok to improvise, that's how great things are discovered.

Walter C. June 14, 2017
This looks like a great salad but, sorry to be obtuse, it is not a Caesar Salad. The Caesar Salad was developed in by Caesar Cardini in Tiajuana, B.C. many, many years ago and has been bastardized since then. No balsamic vinegar, no celery, and yes, croutons and a coddled egg are a part of it. It also has a nice shake of tabasco sauce. Enjoy your delicious salad but I don't think you can legitimately call it a Caesar Salad.

Lela A. July 4, 2015
I made this for the 4th - followed it to the letter, and it was absolutely amazing! Your dad is indeed a genius I the kitchen!

Sue June 18, 2015
Am trying to hunt down a comparable bowl. Can you give me approximate measurements of yours and does it hold enough for 6 people if serving generous portions of Cesar Salad?

Lee T. June 18, 2015
Will try this version. The obvious - Caesar taste come primarily from anchovies - I use a small tin packed with olive oil. No other olive oil. Cheese - Parm Reggie, lots of garlic, lemon to taste, poached egg and as a dilute the - real chicken broth. If I do not have the real stuff then Costco chicken and vegetable broth.

Kristin C. June 18, 2015
Lovely story and can't wait to try your Dad's version. Just curious...was his tableside Caesar inspiration possibly form Anton & Michel's in Carmel? I have a nice Caesar memory of my Mom from that place!
Author Comment

Kristen M. June 18, 2015
Kristin, I think you might be right! My mom and I were trying to remember, and that one definitely came up. Amazing.

Susan June 18, 2015
Sometimes I do a quick and lighter version with no egg, olive oil, Romano cheese, lemon and the Worcestershire, which makes the whole thing ping.
Author Comment

Kathi B. June 17, 2015
Your Dad sounds like a special person...as does your Mom. My husband makes a delicious Caesar dressing almost the same way. I have never mastered it, but I am hoping this recipe will help! Thank you!

Laurel June 17, 2015
Are you able to tell me where I might find that salad bowl to purchase? Thanks!

Kristen M. June 18, 2015
Laurel, we found it vintage, so your best best bet is to hunt online (try Etsy) or at fleamarkets and antique shops.

lapadia June 17, 2015
Sounds delicious, Kristen, and w/o egg = my kind of dressing. Oh and btw, your feature reads as a lovely tribute to dad, perfect timing for Father’s Day!

Paula S. June 17, 2015
I have been making a similar recipe for years, just more lemon and galic. It is a very bright flavor. Friends either love it or hate it. I like your dad and I don't even know him. Now let's compare clam sauce!

bbos42 June 17, 2015
I had a sensational Pasta recipe that I lost, but the one thing I remember is that it used whole anchovy and mashed it with garlic and it melted into a paste like magic OMG

Don R. June 17, 2015
I read somewhere that if you "poach" the egg for 1 minute, you avoid the risk of salmonella. Even if you do, I'm still afraid of the dressing if it's more than 1 day past the poaching. I've done this several times, and I'm still upright and ambulatory. I'm either lucky or the poaching works

bbos42 June 18, 2015
this poaching method is interesting; since I have seen methods of cracking raw eggs that compared cracking the egg on a flat surface rather than the edge of a bowl. Is the salmonella bacteria only on the surface of the egg and does cracking it on the edge of a bowl push the shell in the egg contaminating it. Could the boiling kill the same bacteria?

Debra June 17, 2015
More a question than a comment. Your story indicates the puddle of Worcestershire should be bigger than the puddle of balsamic but the recipe calls for the same amount of both. Is this correct?
Author Comment

Kristen M. June 17, 2015
Good eye! The recipe as written is a good baseline to start with, and I tried to describe how to taste and adjust in step 4.

catalinalacruz June 17, 2015
After buying a disappointing tin of anchovies -- they were mushy and fell apart when I rinsed them -- I'm wondering if anyone has a favorite brand to recommend.

Beverly June 17, 2015
Buy anchovies in jars. That way you can see what you're getting. Look at the uniformity of size and color. You can put the lid back on and refrigerate what you don't use. Much better than tins.

Kenzi W. June 17, 2015
So much love for this salad, this dressing, this picture of baby Kristen.