Remembering James Salter, Who Recognized the Importance of the Meal

"Life is many things, and among the best of them, it is meals."
James Salter, Life is Meals: A Food Lover's Book of Days 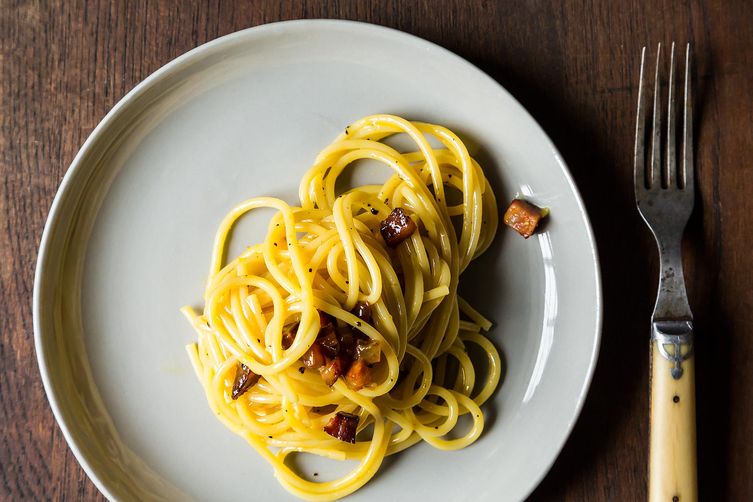 The American novelist and short story writer James Salter, who passed away on June 19 at the age of 90, was best known for his extraordinary observation powers. His prose was measured, bracing, and beautiful and, as his New York Times obituary recalls, Michael Dirda once wrote in The Washington Post that Salter “can, when he wants, break your heart with a sentence.”

But in addition to his acclaimed novels A Sport and a Pastime, Light Years, and his last, All That Is, Salter also produced a number of lesser-known books—on the subject of food.

Salter and his wife, Kay Eldredge, began cooking together in their Aspen, Colorado kitchen in 1976: “Neither of us had much cooking experience, and there was no real decision to do it, it just happened naturally. We cooked side by side or back to back if necessary, following recipes, James Beard’s or Mirielle Johnston’s, which were among our early favorites.”

As the two experimented in the kitchen, they began to keep an old brown notebook as a record of what they had served and to whom. “Gradually, over the years, the descriptions in the brown notebook—the dinner book, we called it—became longer and more detailed: who sat where, what was drunk, some memorable things said. The notebook ran out of pages. There was another and then a third. They became a kind of archive, stories otherwise forgotten, couples that had parted, familiar names, others hard to place.” 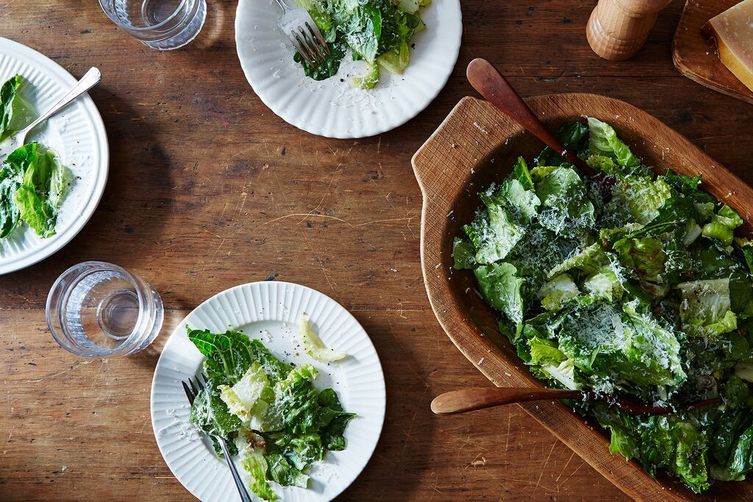 As dinner overflowed into life, “we were always writing things down, not just things that happened but also from books we were reading, things of interest, bits of history, opinions, occurrences, odd facts, At breakfast—tea and oranges for a period, as in Leonard Cohen’s beautiful song—we read along to one another and often leafed through cookbooks, deciding what to make for a party or simply at the end of the day. Life never felt richer.” The old dinner book evolved, in 2006, into Life is Meals: A Food Lover’s Book of Days, which includes recipes (Caesar salad, spaghetti alla carbonara), gastronomic trivia (a history of toothpicks, an explanation of aphrodisiacs), accounts of the couple’s dinner parties, tips (“Unless the meal is particularly heavy, chocolate or something rich can come as dessert, although a fruit tart or fruit in liquor is often our choice”), and judgments:

Good bread should have a fairly crisp crust, and a soft interior, generally with irregular, slightly glazed holes. Almost no bread should be served hot, and rye bread—the loaf—is best when slightly stale. Warm, freshly baked bread from the oven is one thing, but previously frozen and heated loaves are not. Cool, sweet butter is the finest accompaniment. 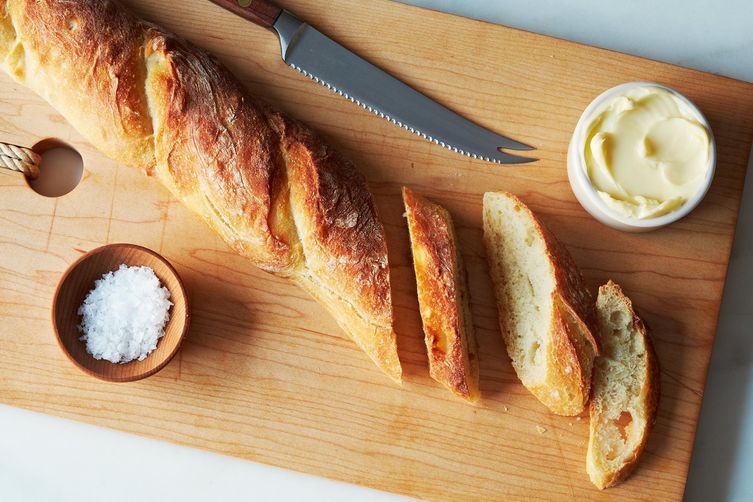 Salter found cooking much simpler than writing: “You can finish it every time and know whether or not it’s good or bad right away. Writing is a continuing torment.”

Even so, Salter's scrupulousness translated into his time in the kitchen. By the time Life is Meals was published, Eldredge prepared most of the desserts and Salter did most of the chopping, a result of his "high standards and dimension requirements," said Eldredge. Meals were "a collaborative effort in which careful planning provides the freedom to spend more time with guests and less time in the kitchen. The back of an old envelope is the canvas on which James, a former Air Force fighter pilot, maps out the evening’s schedule, including when certain courses should go into the oven, when guests should move to the dining room and a list of necessary serving pieces. Such preparation is crucial, he said, because 'timing is as essential in the kitchen as it is in the bedroom.'"

Beyond the dinner parties, beyond the minutiae and the precision of food preparation, Salter appreciated—and articulated his appreciation of—meals in a way most others have not:

The meal is the essential act of life. It is the habitual ceremony, the long record of marriage, the school for behavior, the prelude to love. Among all peoples and in all times, every significant event in life—be it wedding, triumph, or birth—is marked by a meal or the sharing of food or drink. The meal is the emblem of civilization. What would one know of life as it should be lived or nights as they should be spent apart from meals?

In honor of James Salter, read a cookbook like a novel, pause over a particular ingredient, make dinner for your friends and family—then write about it.

Cinnamin July 30, 2015
This is why I just adore Food52. I didn't know that Salter had written such a book! Such a novel way to keep track of life and occasions. I think i'll try a little food journal of my own!

SuSanFran June 23, 2015
This book has many joys, but one of them that should not be missed is the best recipe, ever, for guacamole. You will lick the bowl.