An Unexpected Twist on a Classic Lemonade

You know you love your great aunt's banana bread, but you probably don't know why you do. In Modern Comfort, Ashley Rodriguez from Not Without Salt figures out what makes our favorite classics work, and then makes them even better. 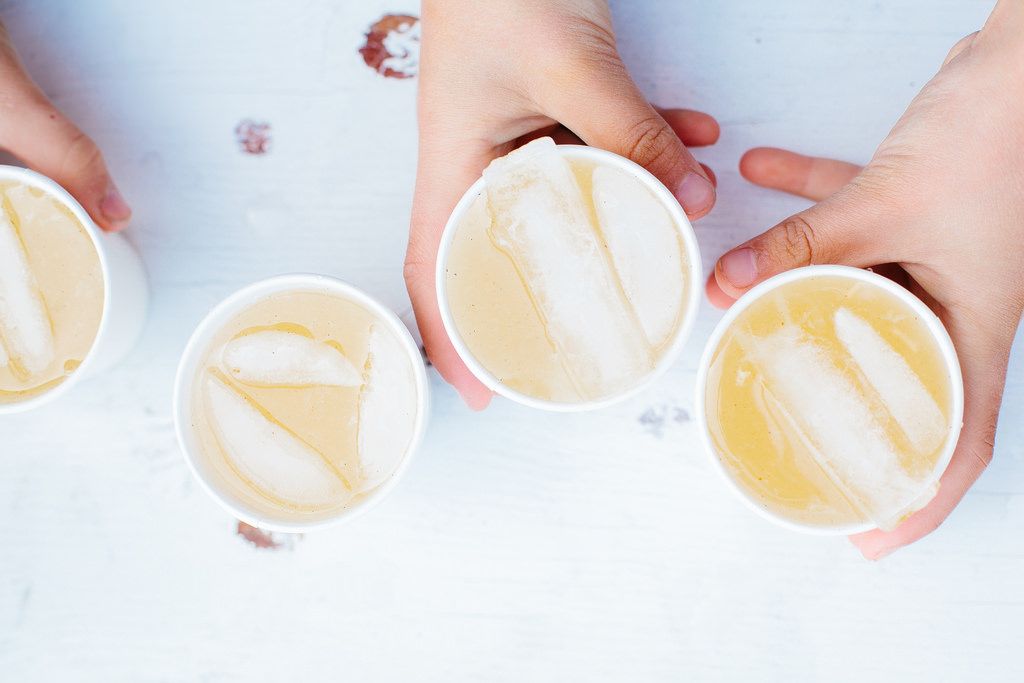 The first year we sold lemonade at our family-crafted stand, my son Roman could barely hold the pitcher. His tender, pudgy fingers trembled as he attempted to pour, and most of the lemonade never saw the inside of the cup. This year, those fingers are slender and nimble; they juiced an entire bag of lemons.

While I stood back and simply observed, my three kids devised a two-cup system: a small cup for $.50 and a large cup for $.75. There was even a little tip jar off to the side, if a customer felt so inclined. They counted change and divvied up the tasks so that one plunked ice into the cup while the others poured vanilla bean-freckled lemonade. Both of them responded with pride as customers asked about the curious specks in their cup.

With equal parts relief and curiosity, their customers took a sip, many of them proclaiming the cup the best they’ve ever had. My three little entrepreneurs beamed with pride, and off to the side, I did too—proud of my lemonade patrons and quite proud to have discovered how those little vanilla flecks turn a simple, summer classic into something special and, really, quite profitable. (I think that has more to do with the sellers of the lemonade than the lemonade itself, however.)

More: The trick to making great lemonade happens before you even juice the lemons. 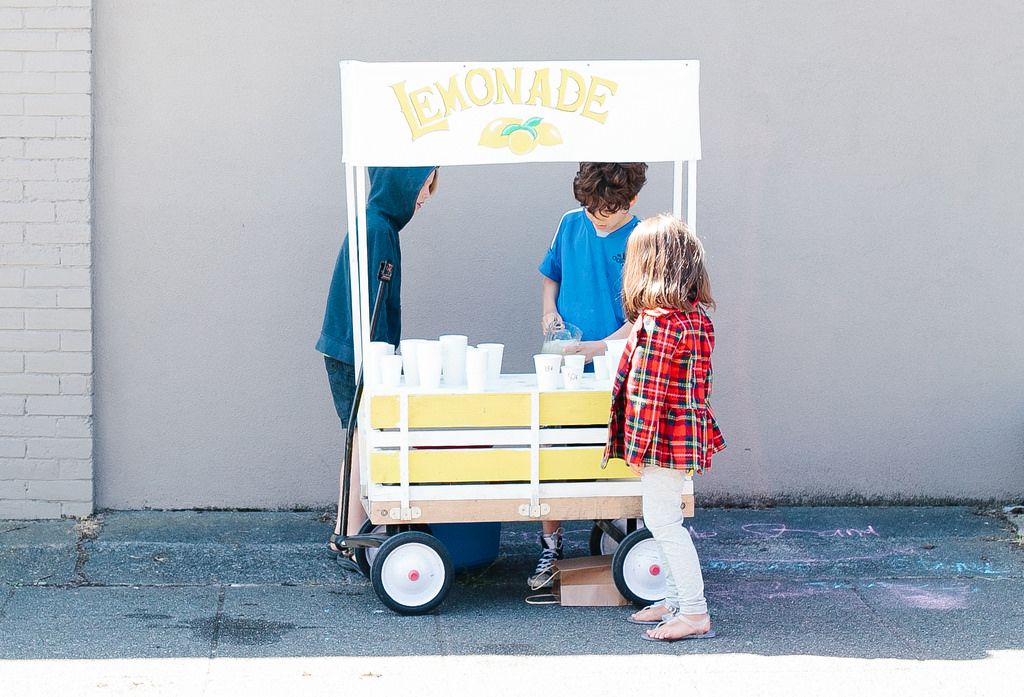 The vanilla rounds out the tartness, softening the harsh bite, calming the lemon in a fragrant, almost floral way. It adds a little something without distracting from the classic lemonade flavor that we all love and crave on any day when the sun is hot and the sky is blue.

If you aren’t in Seattle and don’t have the pleasure of buying a cup from my little crew, then I’ve provided the recipe. It may not be as delicious as it is when you’re served from Radio Flyer wagon turned traveling lemonade stand, but I still think you’ll be thoroughly pleased. 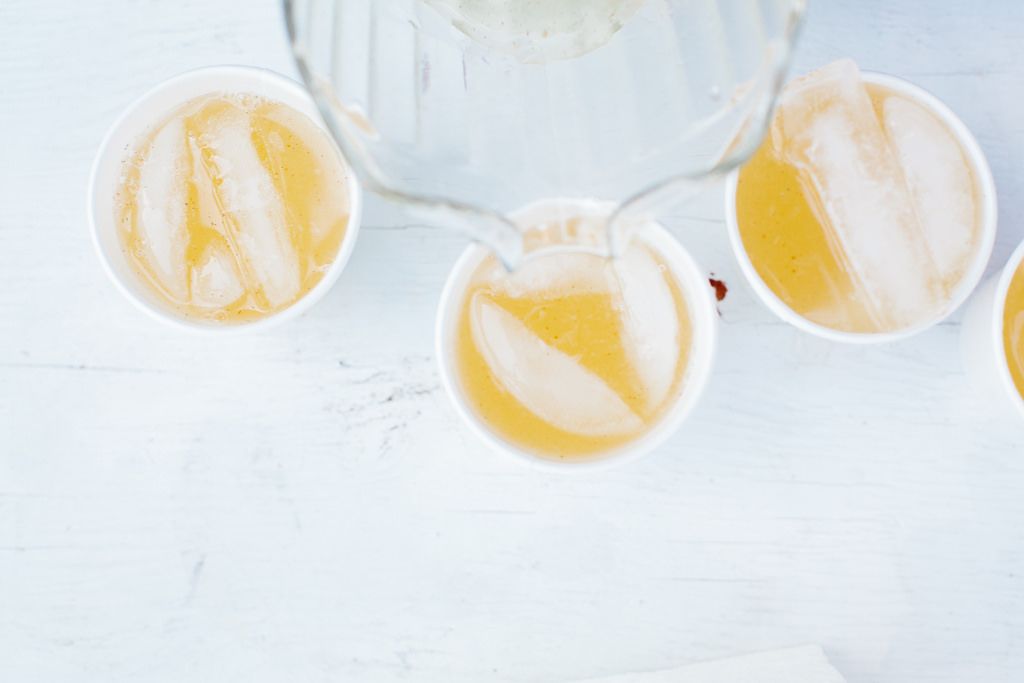 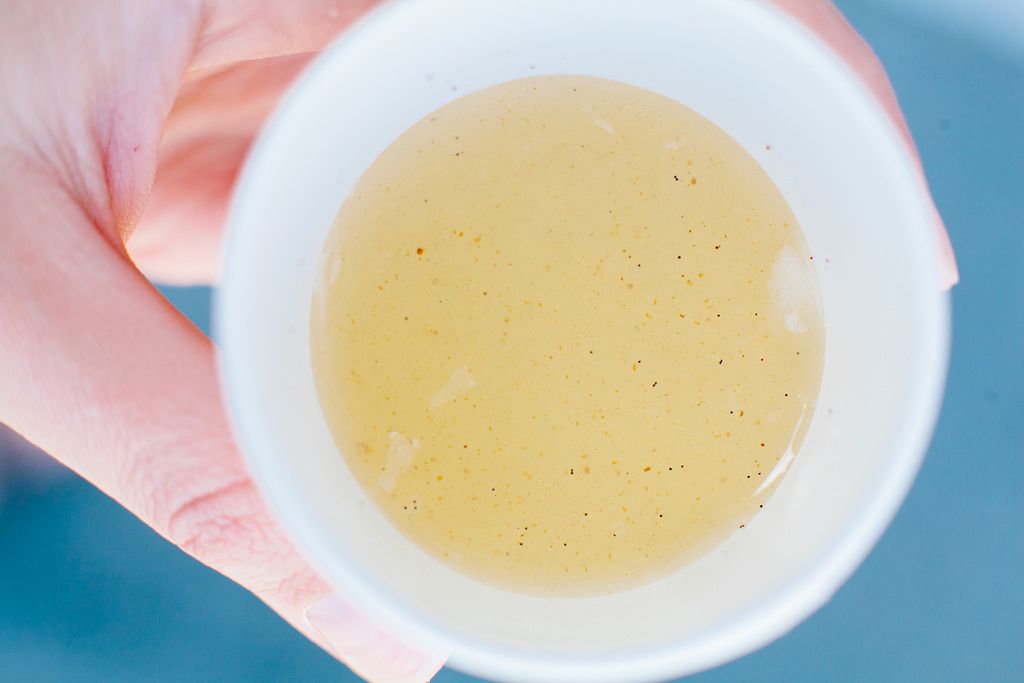 Makes about 3 quarts of lemonade

This article was originally published in June 2015.

notwithoutsalt.com
Author of Date Night In (2015) and creator of the blog, Not Without Salt.

Angela May 2, 2018
Does it matter what type of vanilla beans they are?

Nicole H. September 3, 2017
I recently discovered borage; as a fresh herb, it adds a nice little something to lemonade, and I freeze the tiny blue flowers in ice to make the lemonade extra fancy! Will have to try vanilla.

Joy H. September 1, 2017
I've made lemonade with vanilla sugar before and loved what it added, although I struggled to put into words what the "extra" was.

kateamonsta August 9, 2015
I cant wait to try this!! You say Seattle where? I live just North in Bothell.

Kim August 8, 2015
Really, Linda? I have a feeling Ashley did not appoint you to speak on her behalf and I'm sure I didn't appoint you to speak on my behalf about posting a comment regardless of whether it's been tried or not. Speak for yourself because you know what "they" say about what it means to "ass-u-me" that everyone believes the same thing you do. Ashley, I did indeed try your recipe and love, loved, loved it! I even tried it one time with vanilla extract. Won't do that again. Thanks for sharing!

Julie August 3, 2015
I cant wait to post about this recipe and try it, I want everyone to know that this recipe has made it into my sub conscience and will not hinder until the world knows that I read this article and responded to the world by firing off a comment. take that linda

Opinions O. September 21, 2015
Linda, I don't think you realize that you also did not post that you tried the recipe and if you liked it. Nope, I have a strong feeling about this, I know you don't realize it. Just so I don't get on your bad side, I tried it and found it to be wonderful.

Ingrid N. May 18, 2018
Linda garufi> get over yourself...people can write what they want. MAYBE SOMEBODY ELSE WANTS TO SHARE IN THEIR EXCITEMENT !! JUST "LET IT GO !!" 😃 😇 Just worry about yourself , no need to police everyone else...❤🌸