Every week, we'll spare you a trip to the grocery store and show you how to make small batches of great foods at home.

Today: Louise Pickford of a food stylist's blog shows us how to make churros, Spain's free-form answer to the donut. 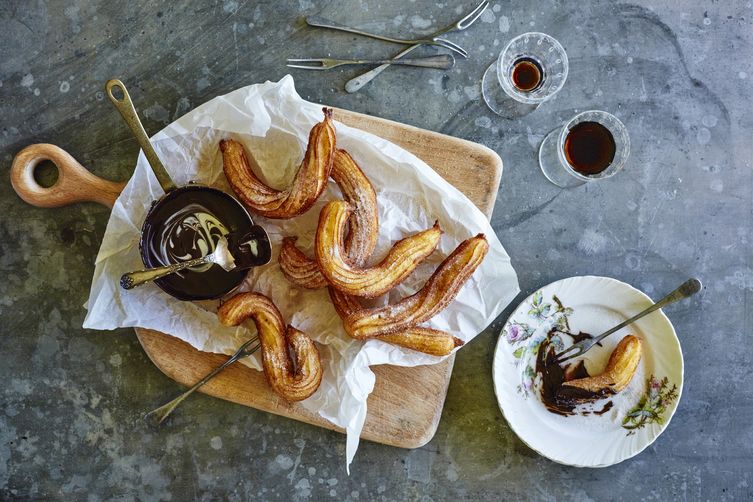 You may know churros as an after-dinner or food cart treat, but in Spain the deep-fried pastry is traditionally served at breakfast with a cup of hot chocolate. Developed centuries ago by Spanish shephards in the hills, where cooking was limited to log fires, it originated as a cake-like batter that was dropped into hot fat and fried until crisp, then served dusted in cinnamon sugar in the morning.

Having always been a lover of donuts (which isn't that surprising, really—who doesn't love deep-fried batter that's crispy on the outside and light and fluffy in the center?), I immediately fell for churros. I first came across them on a trip to Majorca, one of Spain's Balearic Islands, and to my surprise—and immense pleasure—the cinnamon-dusted treats were served with a chocolate dipping sauce. 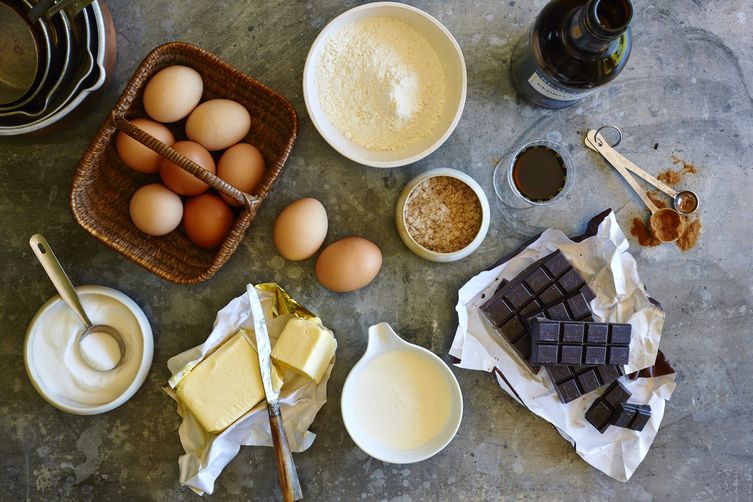 Because I recently moved to Southwest France, a short drive away from the Spanish border, I now get to regularly enjoy the dish, but the homemade version is just as delicious—especially when it's served with a dark chocolate and sherry sauce: 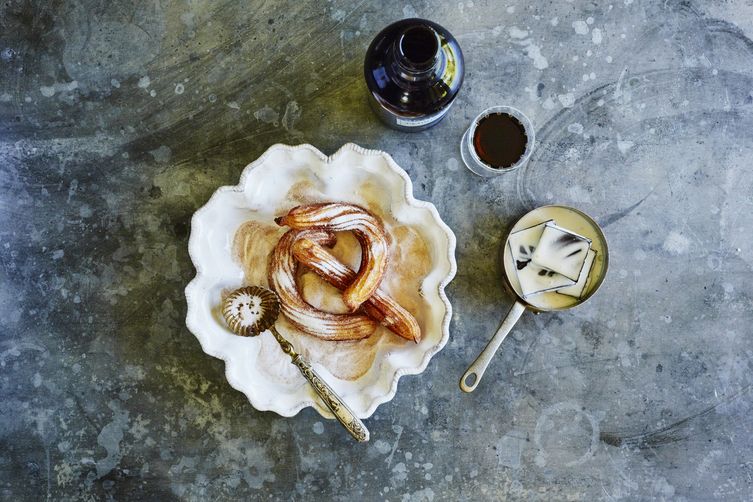 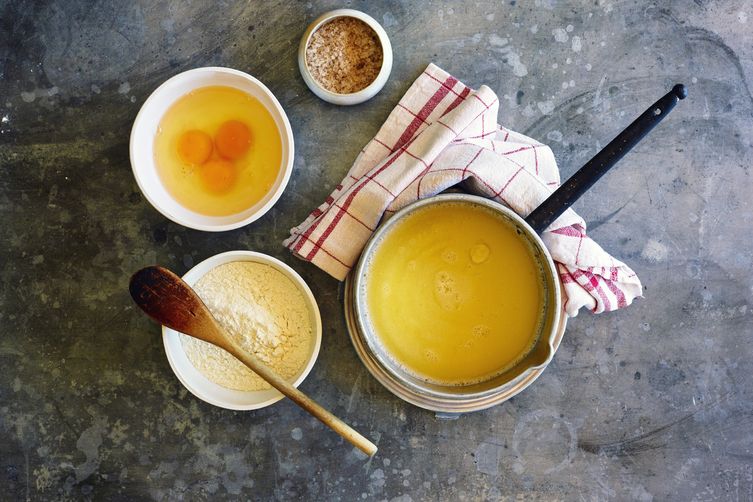 In a medium saucepan over low heat, heat the water and butter until the butter melts. 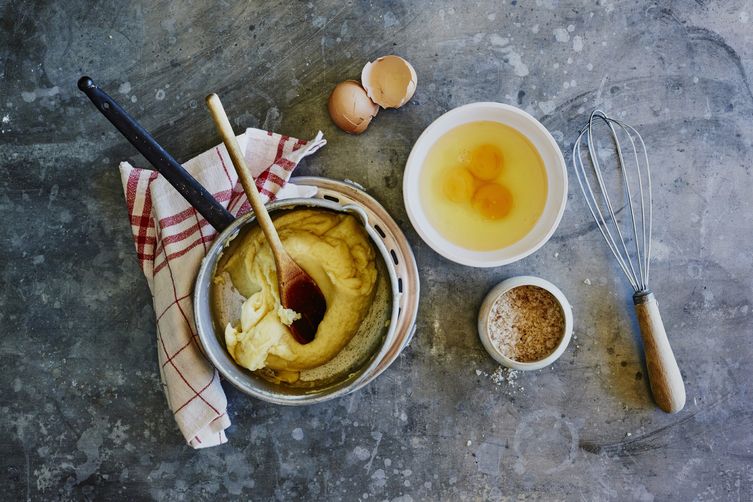 While stirring with a wooden spoon, add in the flour and salt. Beat well until the mixture comes away from the saucepan's edges (it should become quite thick, almost like a dough). 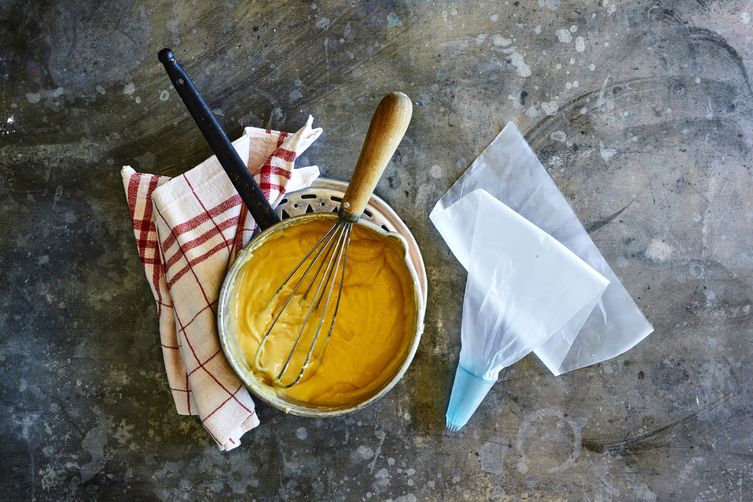 Remove the saucepan from the heat and allow to cool for 5 minutes. Using electric beaters, whisk the eggs in one at a time until you have a smooth batter (as shown in the photograph above). 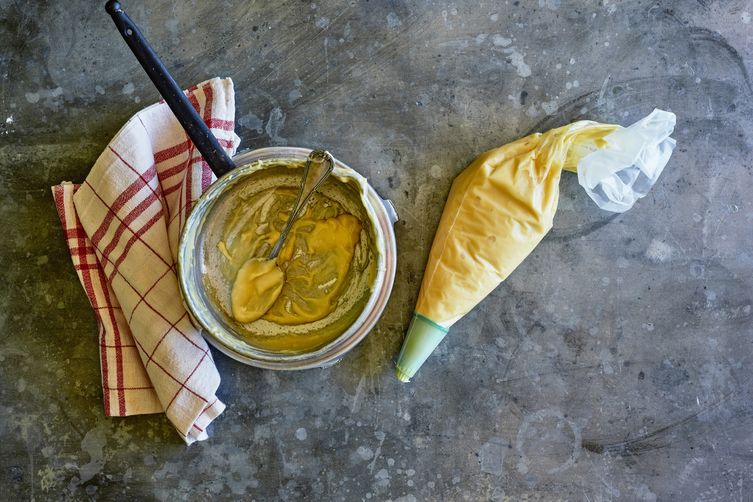 Spoon the mixture into a piping bag fitted with a 1-centimeter star nozzle. 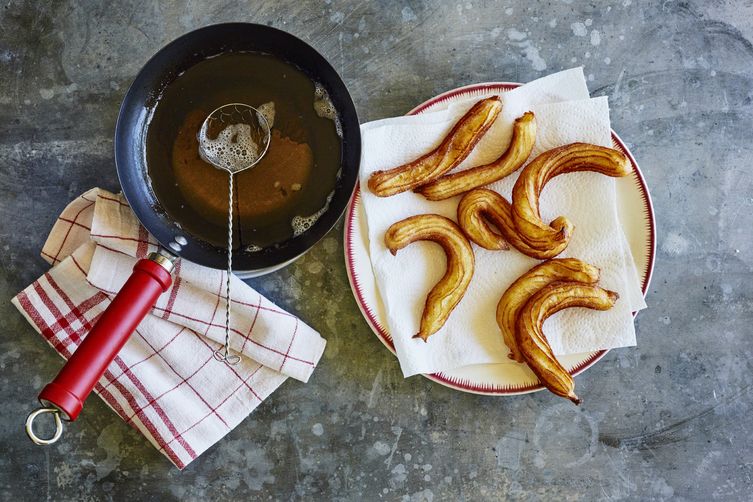 In a large, heavy saucepan with high rims, add the vegetable oil to a depth of 5 centimeters. Over medium heat, bring it to 350° F (180° C), using a sugar thermometer to measure (or until a small amount of dough sizzles when dropped in the oil). Carefully pipe 10 to 15 centimeter lengths of dough straight into the oil, using a knife to cut the dough into the oil. You should be able to fry 3 at a time. Fry each churro for 1 to 2 minutes on each side until crisp and golden. Using a slotted spoon, remove the dough and allow it to drain on a kitchen towel. 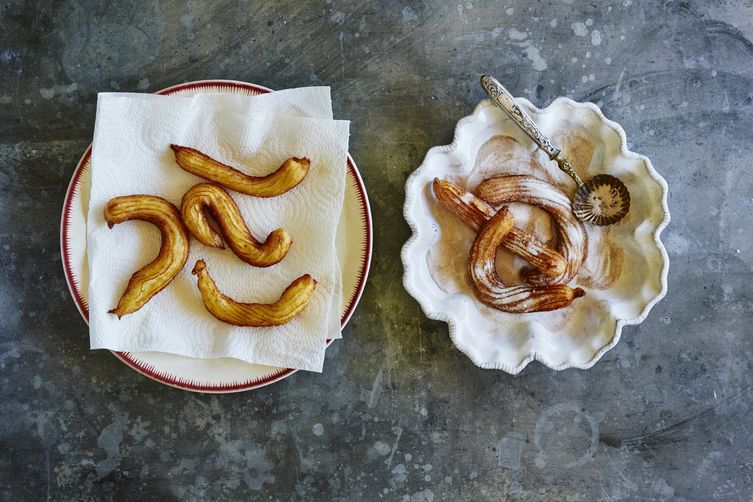 Combine the sugar and cinnamon on a plate and roll the fried dough in the mixture until each churro is fully coated.

In a small saucepan over low heat, heat the chocolate and cream together until the chocolate melts. Remove from the heat and stir until smooth, then add in the sherry. 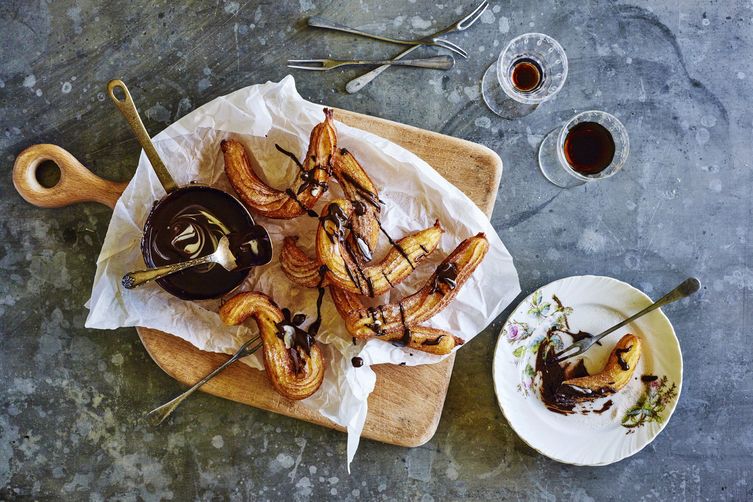 To serve, arrange the churros on a platter and serve with the chocolate-sherry sauce for dipping.

Rubiatonta August 10, 2015
If your churros look like this, it's because you don't know how to get them into the correct loop shape. And they should only be dipped in coffee or chocolate a la taza (Spanish hot chocolate). Please, for the love of all that is holy in Spanish food, stop messing about with these traditional recipes. They don't need improving. They are perfect just the way they are.