The Most Famous Dish at Mac's Seafood on Cape Cod

Locals know the best places to eat in every town and we think you should know them too. We're bringing you recipes from Food52-ers' favorite local coffee shops, restaurants, bakeries, and bars.

Today: If you know Cape Cod, you know Mac's on the Pier and their famous Ritz cracker-crusted bluefish. We have the recipe. 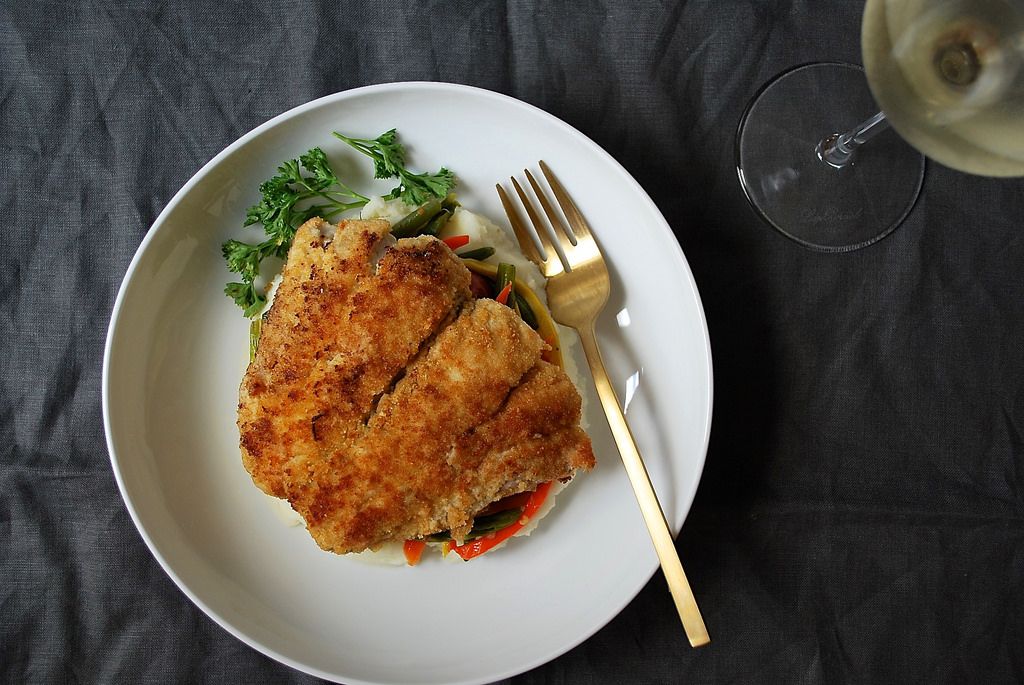 If you're on Cape Cod, head to Wellfleet: a little town tucked in the crook between the elbow of Chatham and the tip of Provincetown. Wander down the pier on Commercial Street and you'll likely spot a long line of hungry, sandy beach-goers.

They're waiting to eat at Mac's on the Pier, a weathered clapboard house turning out classic summer food like fried clams, homemade onion rings, and towering cones of soft serve. 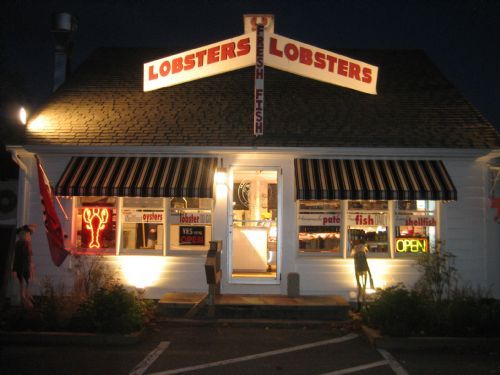 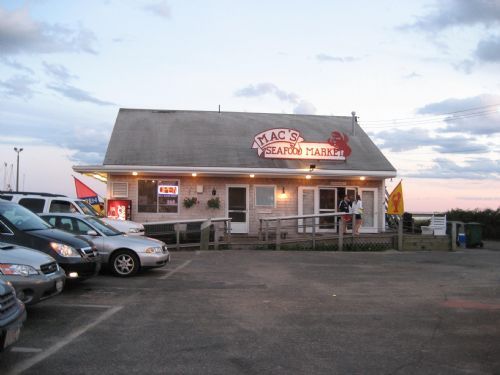 Mac's Seafood, which opened as a fish counter in 1995, is owned and run by Mac and Alex Hay, who both grew up spending summers on the Cape fishing with their grandfather. Learning to fish got them hooked on eating off the sea (and the land): They were focused on local food well before the trend caught on.

They began their business as a seafood counter, selling fresh Cape Cod fish and shellfish, but at night, they would often host casual counter-to-table dinners, cooking whatever they caught. In their little storefront, they'd sear scallops or poach cod, and they quickly gained a serious following. 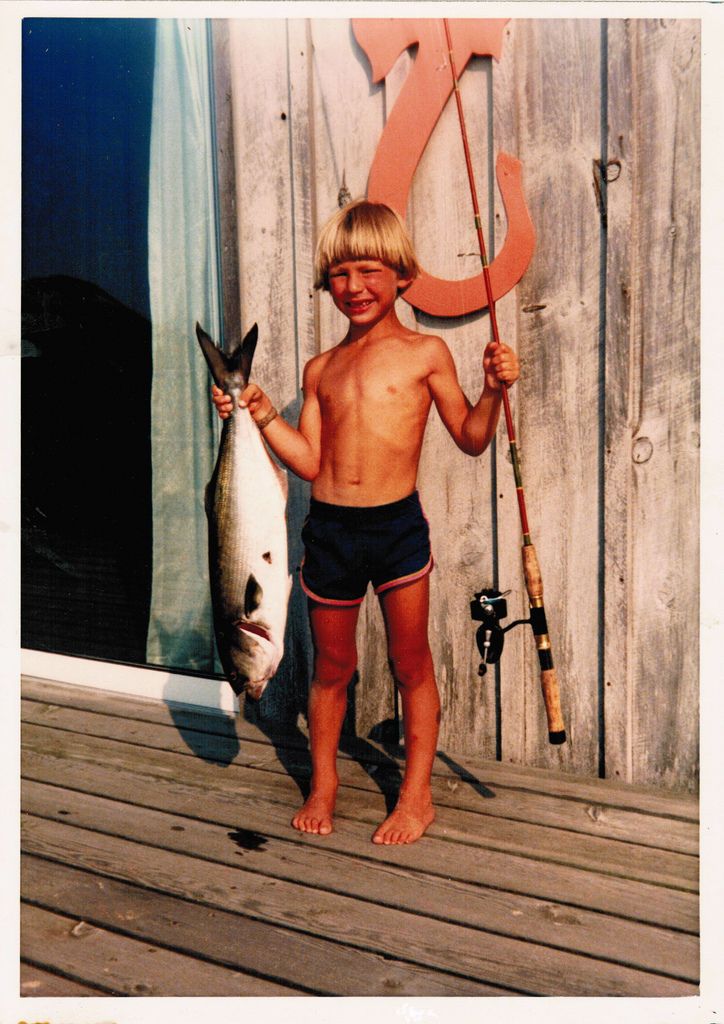 Mac Hay with his bluefish catch on Cape Cod in 1980.


Mac was working winters in Boston as a chef. In 1998, they leased a second space, hired their cousin Sam to help out, and opened their first sit-down restaurant called Mac's Shack. The name sounds casual, but the restaurant is all cloth napkins and rustic-yet-sleek design. They serve twists on classics, like their famous Ritz cracker-crusted bluefish, alongside modern seafood dishes like halibut in saffron lobster broth and green curry scallops.

With their popularity growing and a steady clientele amongst locals and summer visitors, they opened their third restaurant—Mac's Fish House in Provincetown—in 2013.

I snagged the recipe for the popular Ritz cracker-crusted bluefish, which is a rich but incredibly simple dish (only 4 ingredients!) that showcases the delicate flavor of the fish. The Ritz crackers give the crust a crunchy, buttery flavor (you can substitute another cracker in a pinch). And to gild the lily, the fish is cooked and baked in bacon fat. 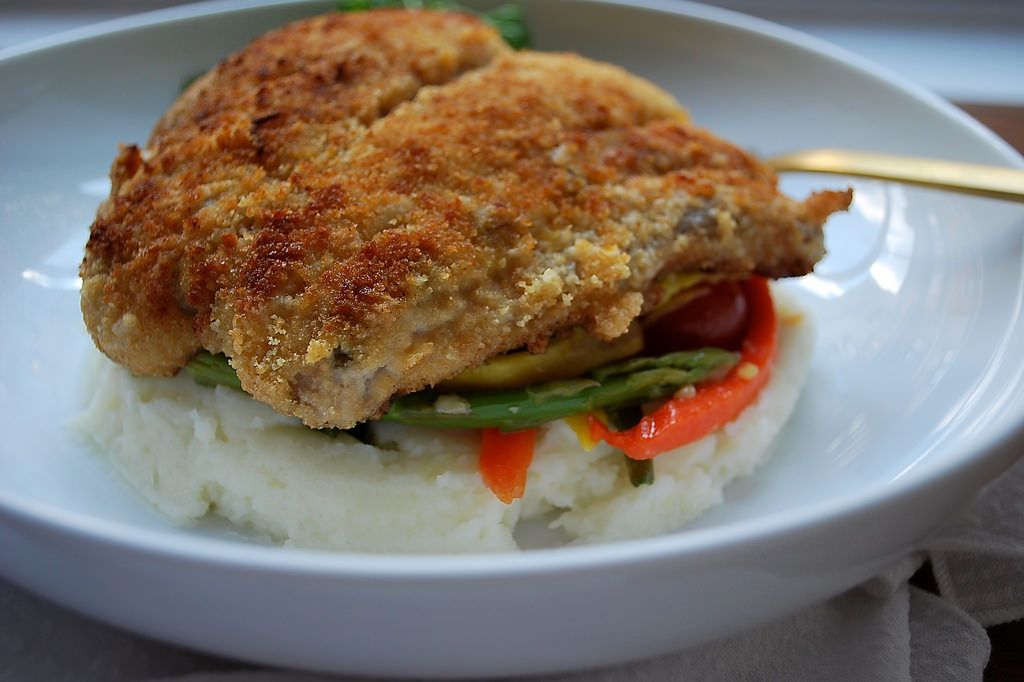 In only ten minutes, you can make this dish. It'll transport you to a beachfront snack shack, the air heavy with the scent of crispy fried seafood and salt water, but Mac's bluefish captures that flavor in a lighter, more elegant take.

We want to know about your favorite dishes across the country! Email [email protected] to tell us about the blueberrry muffin at your local Brooklyn coffee shop, the rack of lamb you had on vacation in Arizona, or the pizza you grew up eating in Chicago. We'll track down the recipe and share it here!

Bluefish photos by Posie Harwood; all other photos by Mac's Seafood

Hannah N. August 24, 2015
My family's cottage is a mile away from Mac's on the Pier! I love thinking of you there.

SpinachInquisition August 21, 2015
I grew up on Long Island, so I'm not certain if the bluefish caught along Cape Cod are the same (my guess is, they're similar at least)... but this statement: "recipe...that showcases the delicate flavor of the fish..." is pretty far off from the bluefish I know. There's a bloodline that absolutely needs to be removed, and the meat itself is pretty intense and fishy tasting. These are tough beasts! That being said, bluefish are full of character and you won't forget a meal made w/one. I'd liken it more to mackerel or an assertive-tasting fish like that.

I remember my Dad fighting them off with one of those little souvenir Louisville Slugger bats so we didn't lose our fingers! LOL

amysarah August 22, 2015
I also like bluefish (grew up on ones pulled from the LI Sound) but agree - delicate they are not. In fact, their rich, slightly gamy flavor is exactly why some don't care for them. I also usually cook them with bacon - though not exactly like this - which their robust flavor stands up to. The Ritz crust sounds great.