The 10 Best New Fall Cookbooks Worth Making Shelf Space For

Prepare your shelves: Here are the ten fall 2015 cookbooks that’ll be on your list to Santa—if you can wait that long. 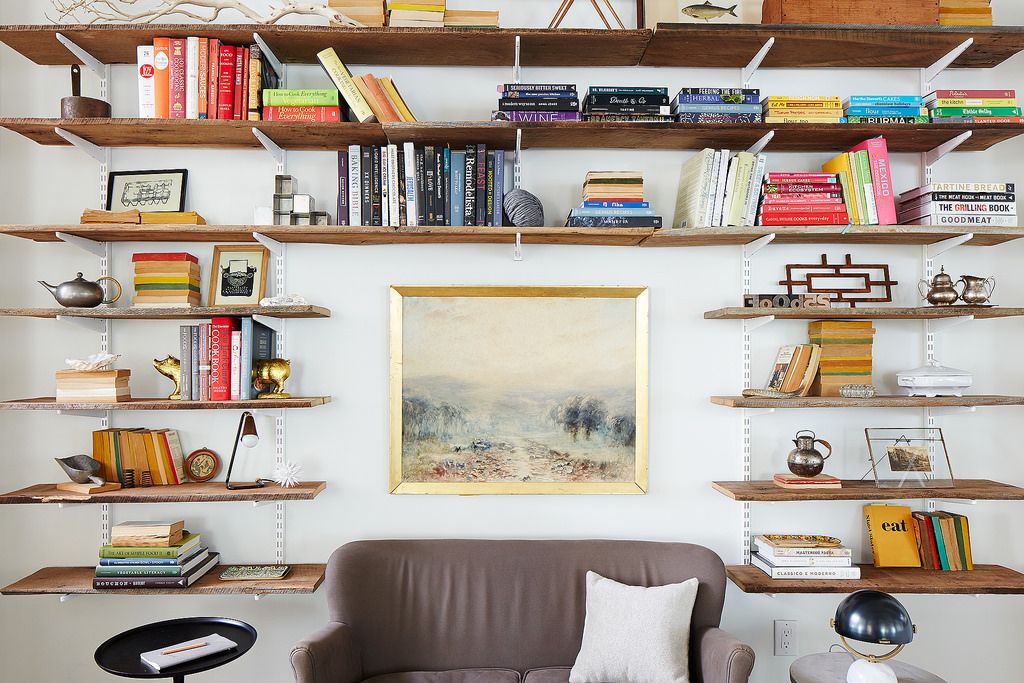 Okay guys, we did it. The Food52 editors waded through all the new fall cookbooks; we let each tell their story to us, see if they swept us somewhere. We sent most on their way—so many; where is the Razzies for cookbooks?—and held onto some that we can’t wait to explore in our kitchens, on our couches, and here with you.

Overall, the international cookbook game is strong this year, and many of the restaurant books aren’t too cheffy—we think we can actually cook from them! And then there are the legends—Ruth Reichl, Madhur Jaffrey, and others—who have books that reiterate why we admire them. 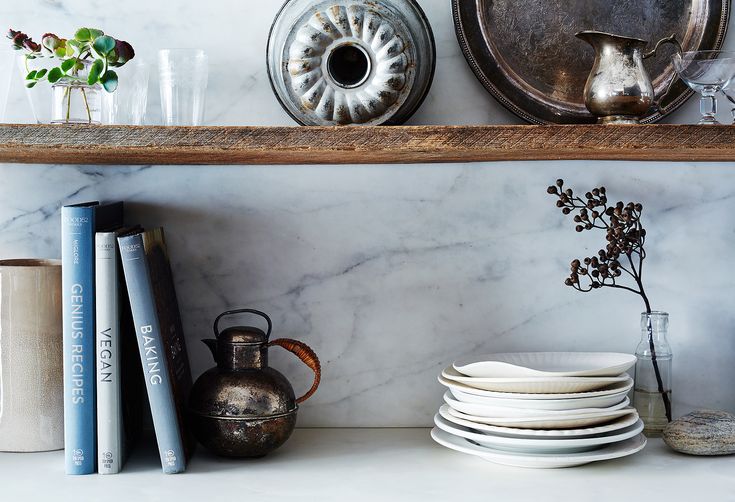 Among the good stuff, there are ten cookbooks that resonated on lots of levels: They have recipes we want to cook, they tell stories we want to read, they teach us something, they’re pretty to look at, and we can’t stop talking about them.

So here they are—the ten new fall cookbooks that are most at risk of being stolen by a Food52 team member and why you may or may not want to, too: 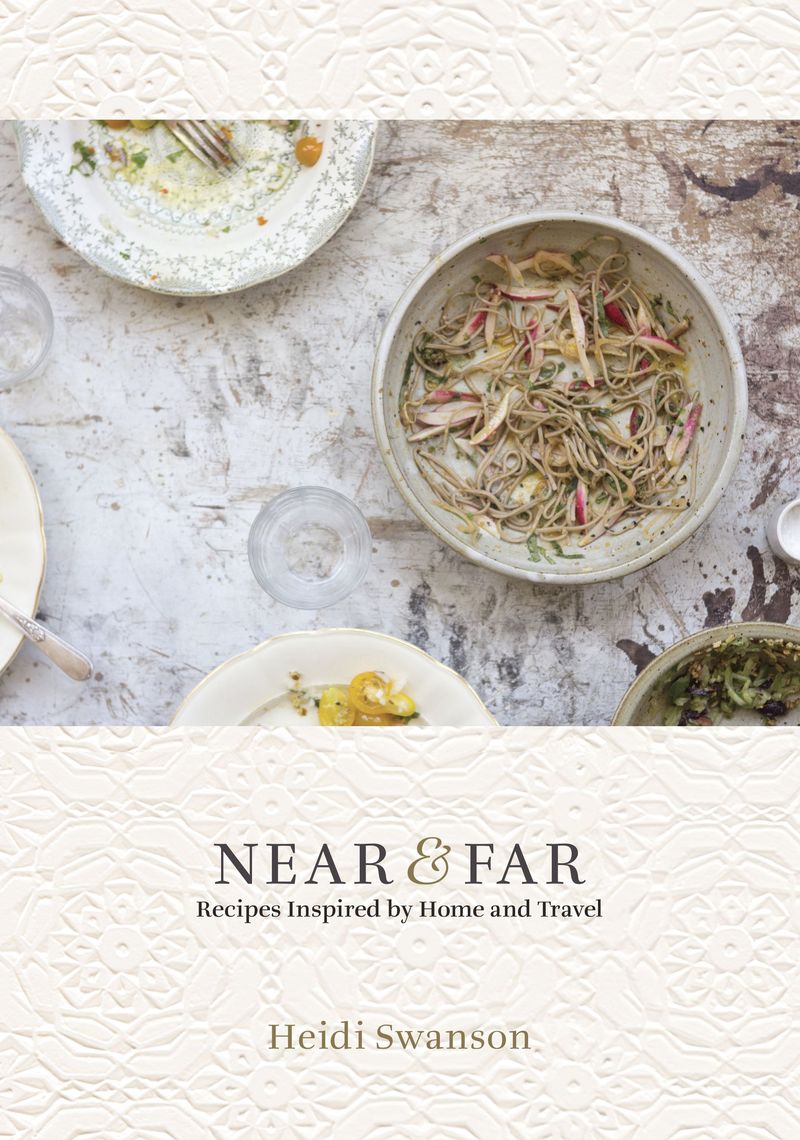 Near and Far by Heidi Swanson

You'll like this book if: You want to jump on a plane with Heidi Swanson (or at the very least, to flip through her travel diaries and photo albums).

The first recipe we want to try: Mustard-Seed Oil Fried Eggs from the India chapter. Eggs fried in mustard oil (yes, Swanson offers substitute options here, as elsewhere) are served with cheesy sautéed kale flavored with cumin and mustard seeds, sunflower seeds, chopped avocado, and plain yogurt. Not totally Indian but certainly Indian-inspired, it’s got Swanson written all over it (in kale, avocados, and plain yogurt).

The book it reminds us of: Heidi Swanson’s other books; she even tells us in the introduction to consider this a “companion volume.”

Don't buy it for the person who: Is looking for the definitive book on authentic Moroccan, Japanese, Italian, French, or Indian cuisine. Heidi touches on the flavors of these places (more in the vein of Elizabeth David than Paula Wolfert or Diana Kennedy), making the recipes feel cohesive. That’s because the essence of Heidi can’t be shaken—nor would we want it to be: It takes a strong viewpoint to unite all of these vastly different places.
Ten Speed; September 2015. 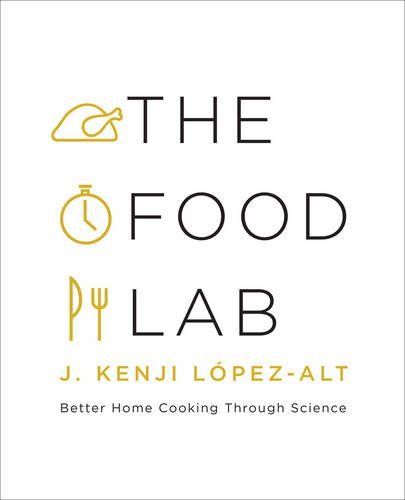 You'll like this book if: “Why” is your favorite of the 5 Ws. You want to know everything about cooking in an effort to make every dish the best it can be—because blasé scrambled eggs just won’t do.

The book it reminds us of: Every textbook we lugged around in high school. This beast is nearly 1,000 pages—including a 40-page index.

The first recipe we want to try: We’re not sure the fairly familiar recipes are even essential here—all the instruction, research, step-by-step photos, tests, and tips are what we’ll be referring to time and time again.

Don't buy it for the person who: Likes Cliff Notes—or baking, which is noticeably not part of this book (we smell a follow-up).
Norton; September 2015. 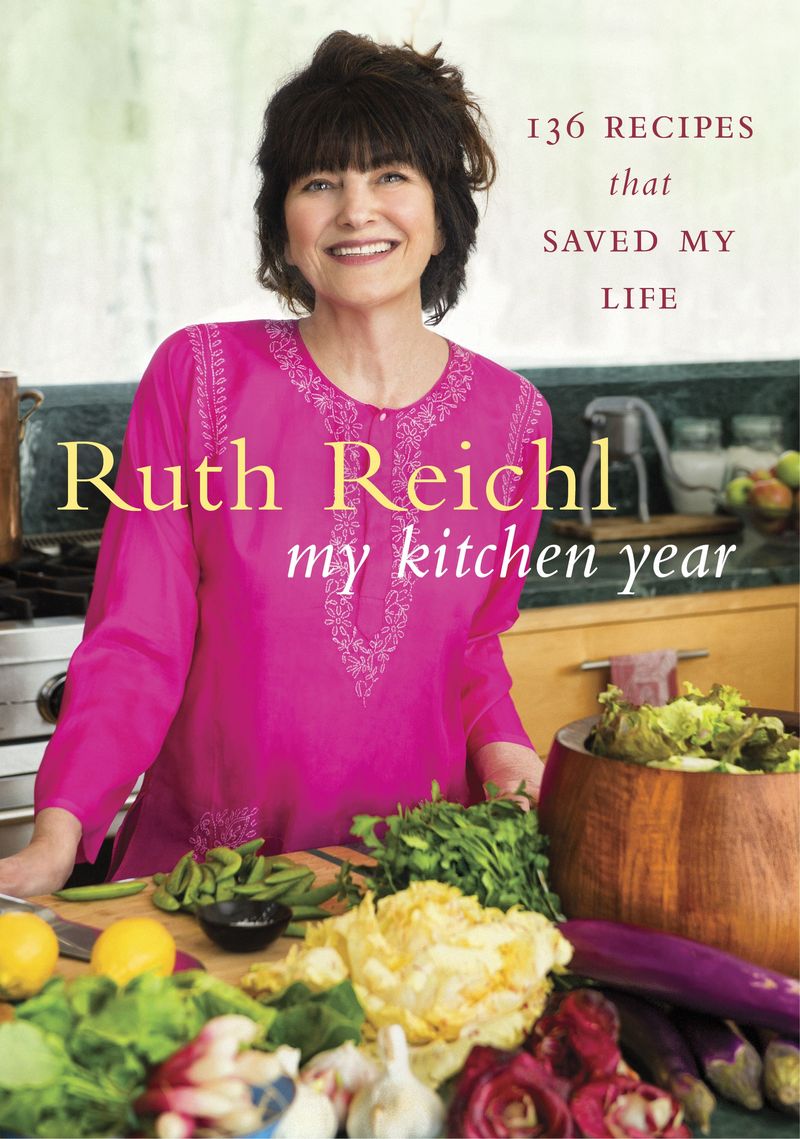 My Kitchen Year by Ruth Reichl

You'll like this book if: You want to peek into a famous food person’s diary.

The book it reminds us of: The frankness you'd expect from Reichl, with a meditative tone and homey recipes reminiscent of a Nigel Slater book.

The first recipe we want to try: Comfort us with tomatoes and cream, in which sliced tomatoes are showered with Maldon salt, cream, and basil. It's not really a recipe, but rather something to eat standing up or on the couch, alone or with company.

Don't buy it for the person who: Wants a happy ending. Ruth is vulnerable in her writing, honest in her food, and authentic about the fact that the book's ending doesn’t mean her journey to bounce back from Gourmet’s closing does.
Random House; September 2015. 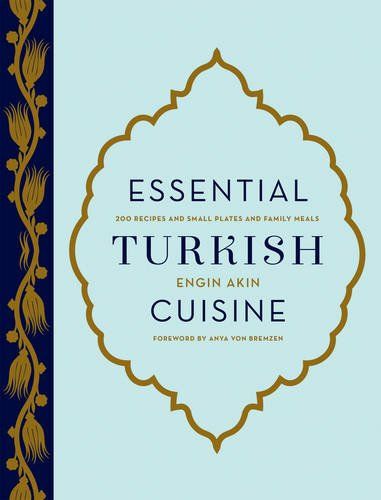 You'll like this book if: You describe your style as “relaxed luxury.” As Anya von Bremzen quotes Akin in the book’s foreword, “Turkish cuisine marries palace finesse with rugged nomadic traditions”—and this book sits comfortably between these two disparate worlds.

The book it reminds us of: Mastering the Art of French Cooking meets Jerusalem—in Turkey.

The first recipe we want to try: Gabrielle Hamilton already taught us to put ice in our Italian endive salads, but what does that idea look like if you head east a bit? The Anatolian Gypsy Salad, where radishes stay crisp thanks to ice, and lots of herbs mingle with a deeply colored tomato paste-pomegranate dressing. And there’s no olive oil—because you won’t find many olive trees in Eastern Turkey.

Don't buy it for the person who: Isn’t on-board with using certain ingredients in traditionally “how not to use them” ways: There’s fruit in savory recipes (often), yogurt hot, lettuce warmed, ice in salad, and the like.
Stewart, Tabori & Chang; October 2015. 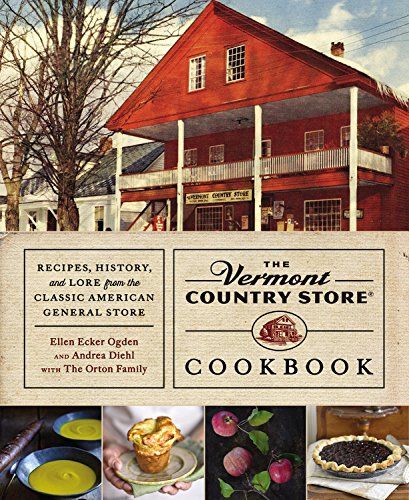 You'll like this book if: You’d like to live on a farm in Vermont—but in 1950. Nothing about this book exploits how en vogue farming, simple rural life, or general stores have become; these are homey recipes with wisdom and stories from family members about apples, cows, farm smells, thriftiness, and life in the slow lane.

The book it reminds us of: The Taste of Country Cooking meets The Silver Palate.

The first recipe we want to try: Is the first recipe in the book (good sign!), Buttermilk Doughnut Puffs, a cinnamon-sugar-coated cross between a spice cake and a muffin.

Don't buy it for the person who: Would choose a Kinfolk dinner over the state fair.
Grand Central; September 2015. 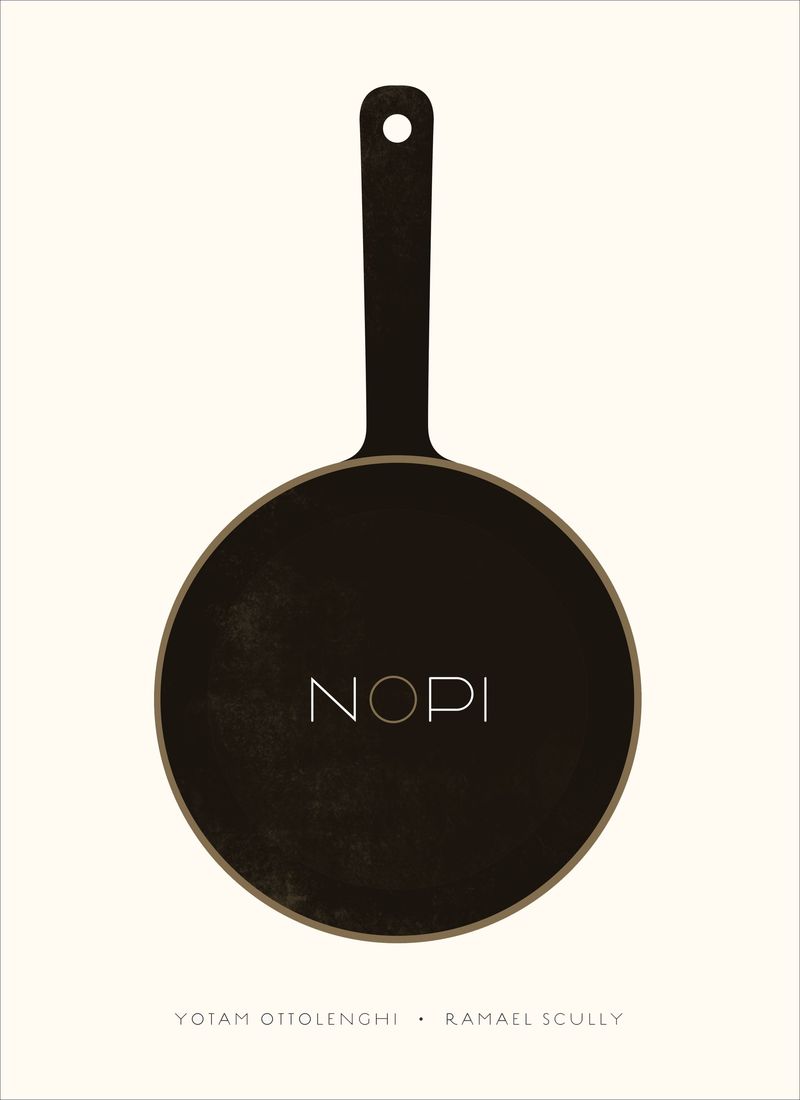 You'll like this book if: you’re ready to take your relationship with Ottolenghi to the next level—with the addition of what he calls “Asian tendencies” (the Malaysian, Indian, and Chinese influences of co-author Ramael Scully) and haute cuisine.

The book it reminds us of: If Eleven Madison Park put on a pair of flip flops and a friendly smile and backpacked from the Mediterranean to Southeast Asia.

The first recipe we want to try: We’re initially drawn to the dishes that feel like Ottolenghi—Roasted Eggplant with Black Garlic, Pine Nuts, and Basil, for example. But then, we’re pulled by the complex, composed, and dare we say fusion-y plates NOPI is about, like Sea Bass and Turmeric Potatoes in Rasam Broth or Five-Spiced Tofu with Steamed Eggplant and Cardamom Passata.

Don't buy it for the person who: Found Jerusalem overwhelming. Ottolenghi cautions that “most of the recipes here will [...] be more challenging for home cooks”—but the book’s worthwhile as a coffee table book, even if it’s never opened in the kitchen.
Ten Speed; October 2015. 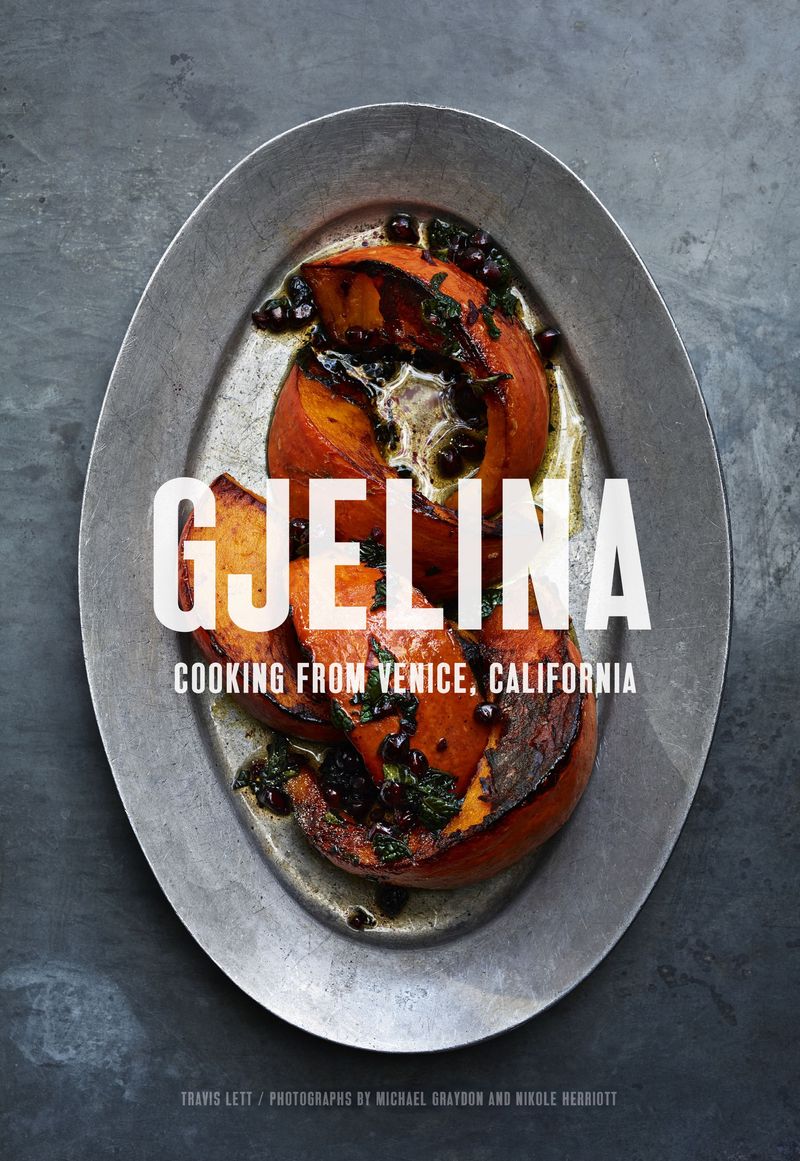 You'll like this book if: You like California, vegetables, salad, pickles, beach vibes, chilling, pizza, and restaurants that serve simple but kinda fancy food.

The book it reminds us of: Moosewood, in that it’s a snapshot of how people ate seasonally at a specific point in time. But don’t be surprised when you find beautiful ceramics and type instead of hand-drawings and writing.

The first recipe we want to try: Anything with vegetables.

Don't buy it for the person who: Doesn’t like overhead images (not us). Nearly every food photo is a pretty dish shot on its own overhead. While it does get monotonous at times, there’s no doubt the focus is kept on the glorious food.
Chronicle; October 2015. 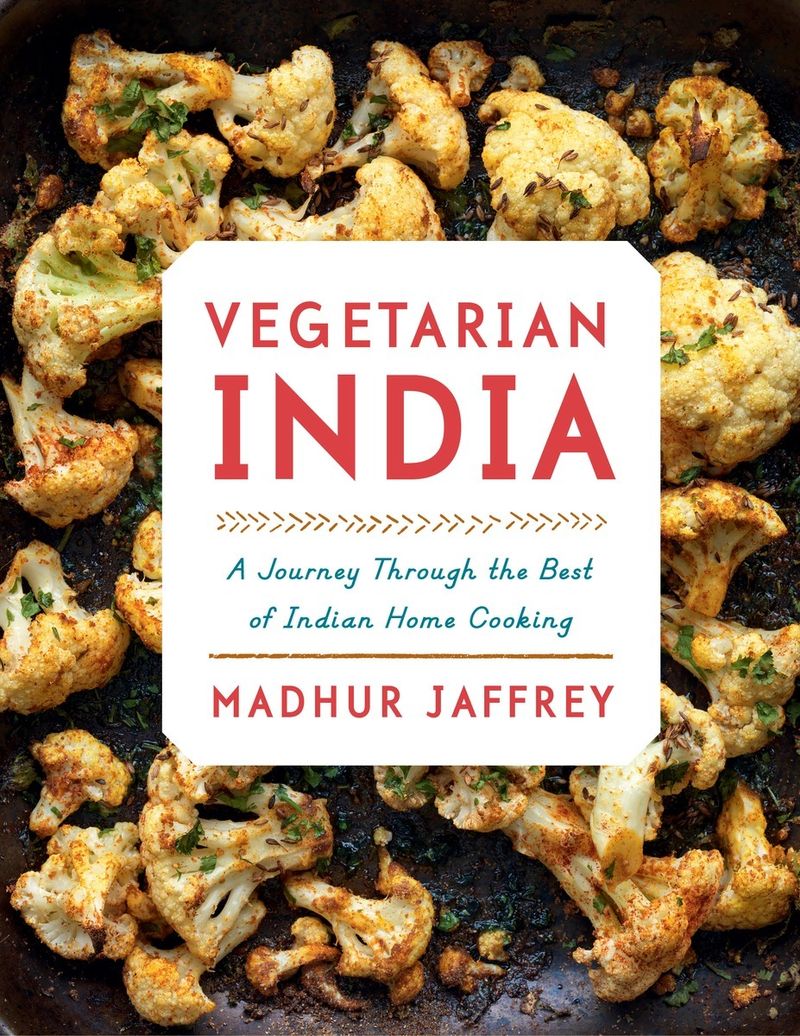 You'll like this book if: You see "dal" on a menu and want/need to know what region it comes from, what kinds of beans and legumes are used, and what it's seasoned with.

The first recipe we want to try: Wild mushroom stew with coconut sauce (khumbi ki takari) comes from the Kodagu district of Karnataka, a state in southwestern India, where the Kodava people forage in the mountainous forests for wild mangoes, bitter oranges, wild greens, and mushrooms. Here, Jaffrey offers us a way to make this curry at home without the just-picked, still-damp mushrooms (she uses cremini) or the local vinegar “kachampuli,” which is found only in the region.

Don't buy it for the person who: Is afraid of new ingredients (poha! sooji! urad dal! asafetida!) or a little bit of oil and spice.
Knopf; October 2015. 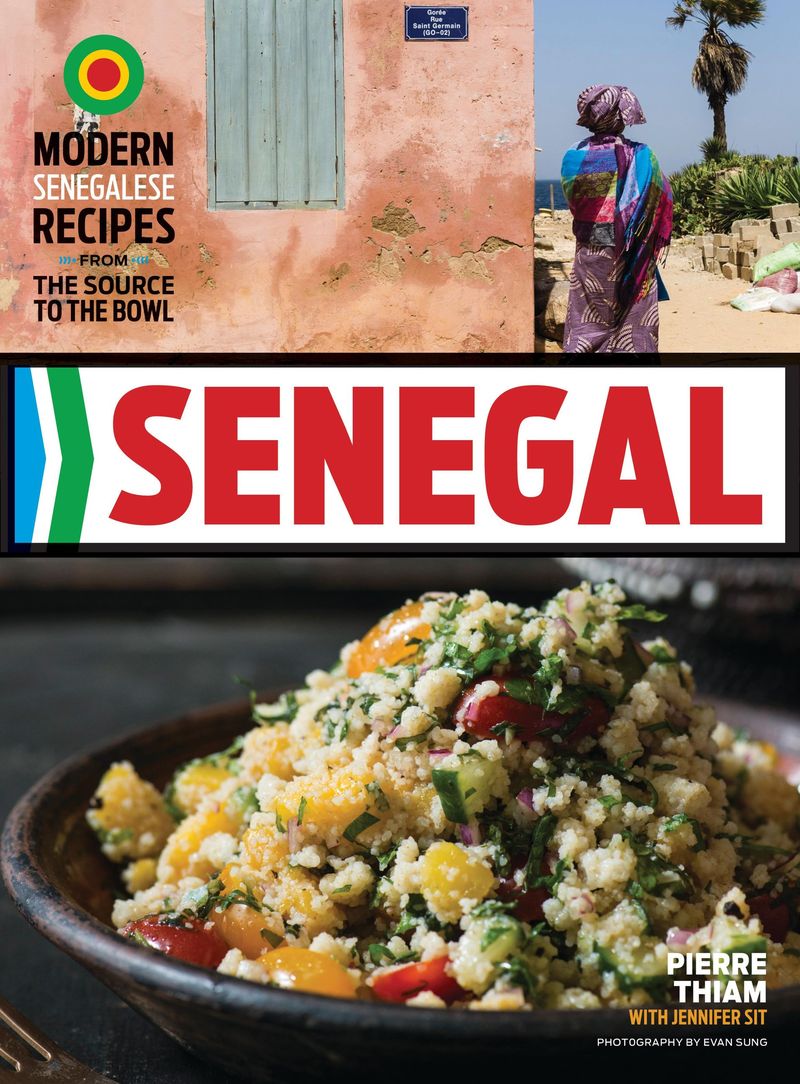 The book it reminds us of: Burma, in that it’s a travelogue-cookbook that explores a diverse cuisine that’s fairly unknown in the West, with totally immersive photography and authentic food.

The first recipe we want to try: We know, we know: Not another hummus recipe. But Ginger-Lime Peanut Hummus—come on! Skip chickpeas for salted, boiled peanuts and add zing by way of ginger, Scotch bonnet pepper, limes, and cilantro.

Don't buy it for the person who: Hates being stumped. There are a good handful of ingredients we’d never heard of (fonio, yeet, kong, guedj, paañ, selim pepper)—which, even if we never cook with them, got us out of our anchovy-, caper-, and garlic-glazed bubble for a bit.
Lake Isle Press; September 2015. 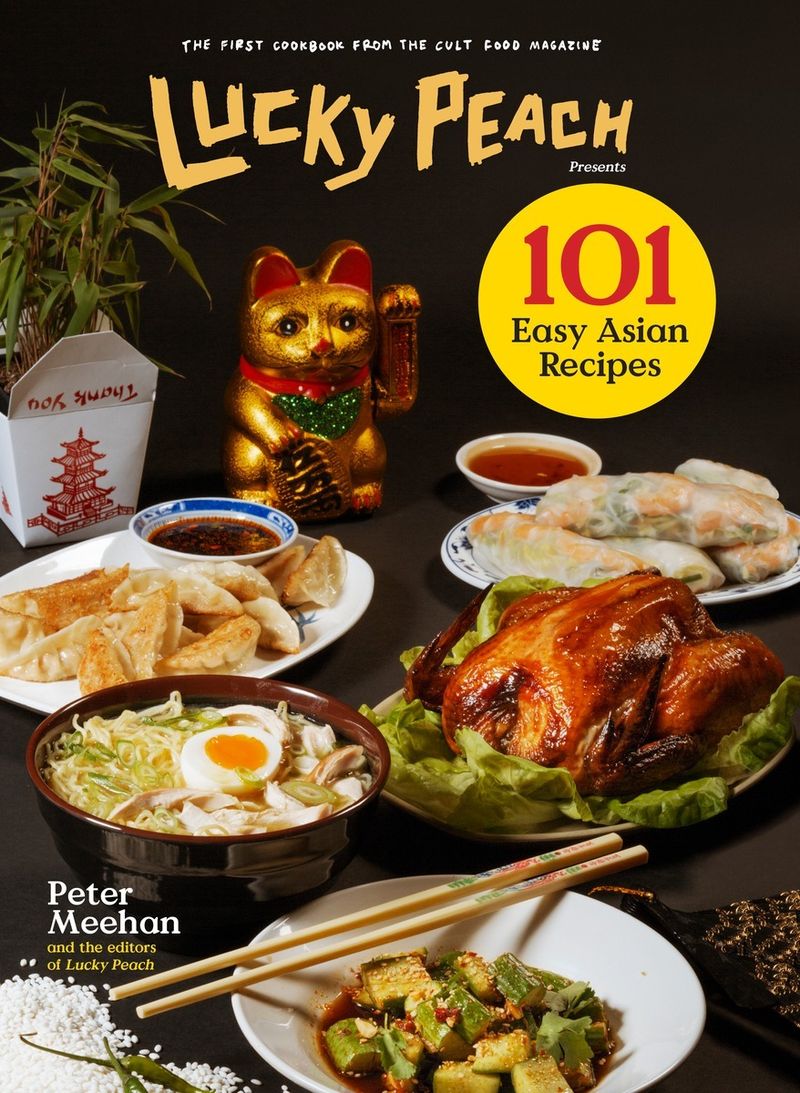 You'll like this book if: You eat a lot of takeout because you like Asian food but would rather cook it at home—if you knew how to, easily (MSG, you know?).

The books it reminds us of: Ivan Ramen meets Barefoot Contessa: How Easy is That?—with some of the ballsiness and spunk of Joe Beef.

The first recipe we want to try: Depends on who you ask and what their go-to Asian takeout order is. There’s Pad See Ew in ten ingredients, kimchi pancakes in five, and copious options for fried rice.

Don't buy it for the person who: Is looking for authentic Asian recipes or a comprehensive book on Asian food (Here's the desserts chapter: oranges, egg custard tarts).
Clarkson Potter; October 2015.

Tell us: Which of these ten is on your wish list?

Niknud October 9, 2015
Husband just gave me the Vermont Country Store Cookbook for my birthday. Dying of joy. If I can't live at home in Vermont, this is a close second!

Janne B. August 29, 2015
Madhur Jaffrey all the way! And I am getting the Ruth Reichel one - I am addicted to Nigel Slater and this sounds similar.

dineomite August 26, 2015
"Zahav: A World of Israeli Cooking" didn't make the list? You're kidding me, right?

Valhalla August 25, 2015
Vegetarian India for sure. I have many of Madhur Jaffrey's cookbooks, but it has been amazingly difficult to find a simple, reliable Indian vegetarian cookbook.

A used copy of the latter goes for less than $4 at Abebooks.com from various used bookstores. If you don't like it, you can gift/donate it away and you're out a measly four bucks.

Valhalla August 26, 2015
thanks for the recommendation!