Worth It or Not Worth It: Marinades

Today: We're getting down to the meat of marinades. 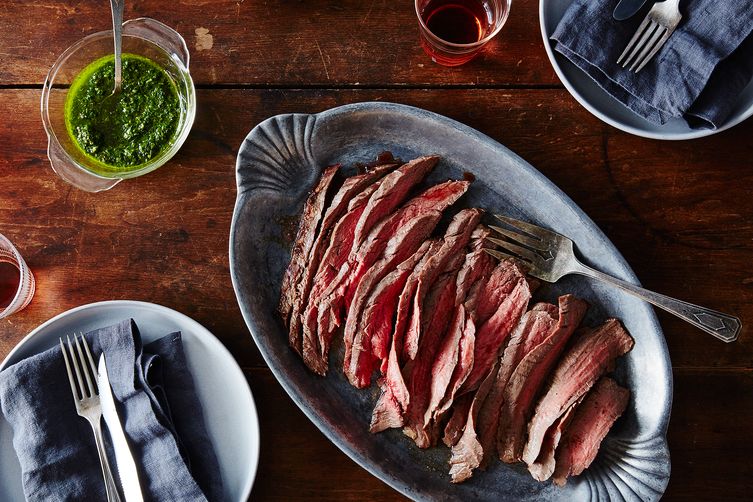 Marinades: They’re worthless. Well, at least that’s what the Los Angeles Times concluded in a piece published a few weeks ago. “Whatttt?” you say, “That uber lemony-olive oil-Worcestershire-soy sauce-oregano-basil marinade my steaks have been drowning in for the better part of two hours is effectively useless?” Perhaps, but let’s look closer at the merits of marinades:

Verdict: This is a case-by-case basis. However, if you’re working with a good piece of beef or free-range bird, let the meat do the talking, not the marinade.

Jana O. August 31, 2015
I've never had flank steak so good as the first time I marinated it. The marinade was lime juice and fajita seasoning (salt, pepper, MSG, and a few other things). Just enough to cover the meat in a ziploc. Half an hour in the fridge was great, and an hour was awesome.

cynbook August 29, 2015
For years I went to some effort to marinate flank steak and always thought the marinade was what made it so tasty. Then on one occasion, short on time, I just cooked it, ready to apologize, yet it was just as good. Amazing. But I still like to serve it with a little sauce on the side, a sauce somewhat similar to what I had been using in the marinade. Oil, sliced scallions, bit of garlic, whatever suits at the moment.

702551 August 29, 2015
Sashimi: the ultimate expression of raw fish. The Japanese get it, but then again they set the bar higher than any other industrialized nation on the planet for what they consider fresh fish.

Tofu: Again, let's defer to the Japanese. When tofu is top quality, tofu aficionados consume it very plainly (yudofu), with a sprinkle of salt, no sauces, etc.

The key takeaway here is marinades are more likely to be effective when you don't have the best quality ingredients or if you simply haven't developed an appreciation for a top quality item in its purest form.

702551 August 30, 2015
That said, there are a handful of things I will marinade and almost all of them are for items to be grilled because it's easier applying the marinade in your kitchen, rather than try to brush them on over a hot grill.

The first is grilled portabello mushrooms. I par-cook the caps by steaming them, then marinade in olive oil, an acid (balsamic vinegar or lemon juice), salt, pepper, maybe garlic or onion. Because it is mostly cooked, it is readily absorbing liquid. I typically try to leave the caps in the marinade for an hour or two before grilling. Yes, this is one of the few items that actually absorb a marinade in a short period of time.

The second is kebobs. Of course, one can baste the kebobs while they are on the grill, but I find that it is easier to "marinade" beforehand, since brushing on wet marinade in a relatively cool kitchen is easier than standing over a hot grill trying to apply the same mixture with a mop/etc.

The other main exception are dry rubs (as opposed to wet marinades) which usually go on at least 24 hours before cooking because you can't effectively apply a dry rub during the middle or end of the cooking cycle.