You Accidentally Invited 20 People for Dinner...Now What?

by: Skye | From My Dining Table
5 Comments
5 Comments

Tips for throwing a large dinner party—even if you don't have enough cutlery, linens, or table space. 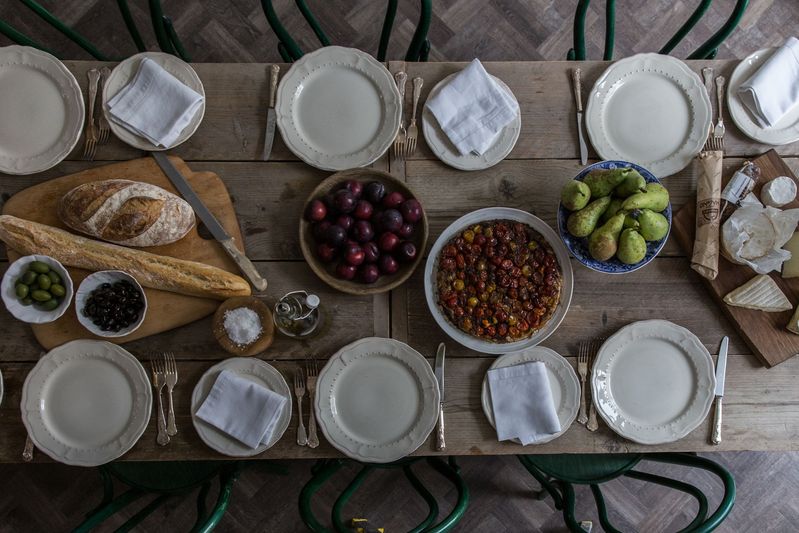 I am the kind of person who bumps into you in the street and insists that you to join us for dinner. I have a habit of planning a supper party for four, then six, and then—by the logic that to cook for six or to cook for eight makes no great difference, and that wouldn’t it be nice to catch up with James and Mary, too—somehow end up cooking for twelve or fourteen.

We serve dinner in our kitchen. And it is not a big kitchen. I long ago made peace with things not being perfect. Or at least not perfect in any conventional sense of the word. If we are more than eight, our cutlery is mismatched—not because bohemian shabby chic is my thing (though it has its own higgledy-piggledy charm to it), but because that is the way it has to be if we are to eat with cutlery at all.

Once you accept that entertaining on a grand scale more often than not means rules will be broken and corners cut, somehow it all becomes rather more fun. After all, it is neither the quality of the food nor the elegance of the crockery that makes a table feel welcoming or a meal shared together the stuff of lasting memories.

Here's what I have learned from years of cooking for a crowd—from planning what to eat to setting the table—and two menu ideas for a group of 8 and a group of 20: 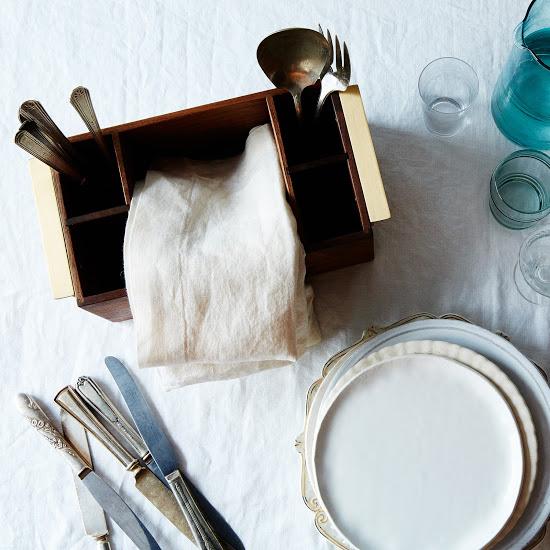 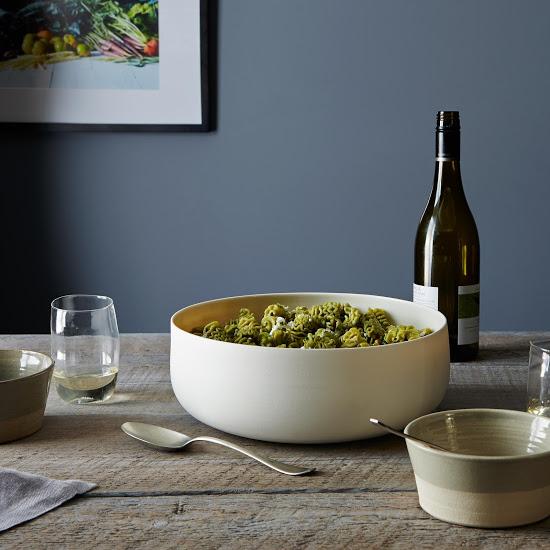 When it comes to what to eat: 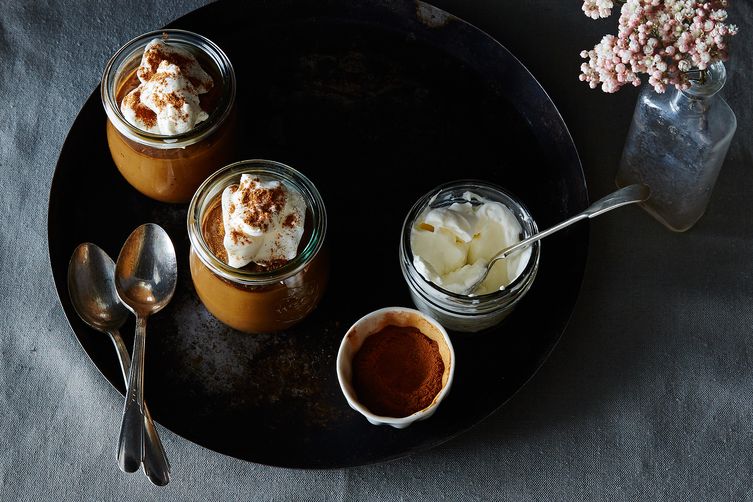 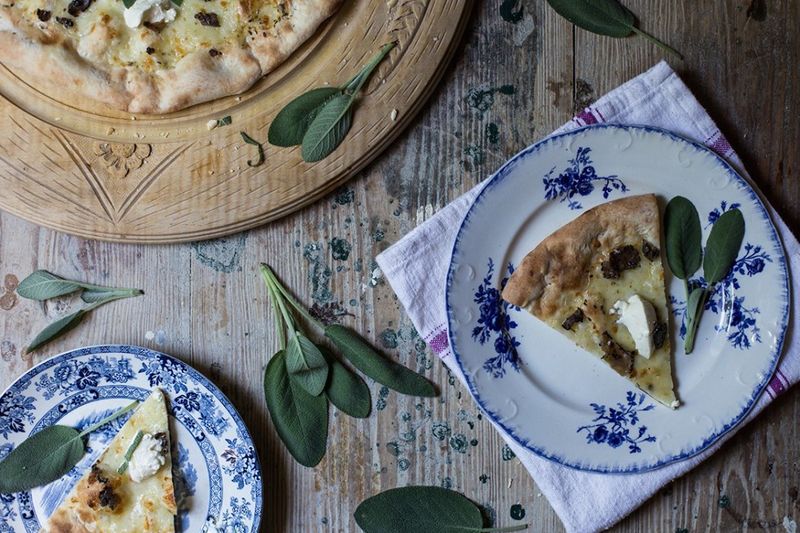 When it comes to setting the table: 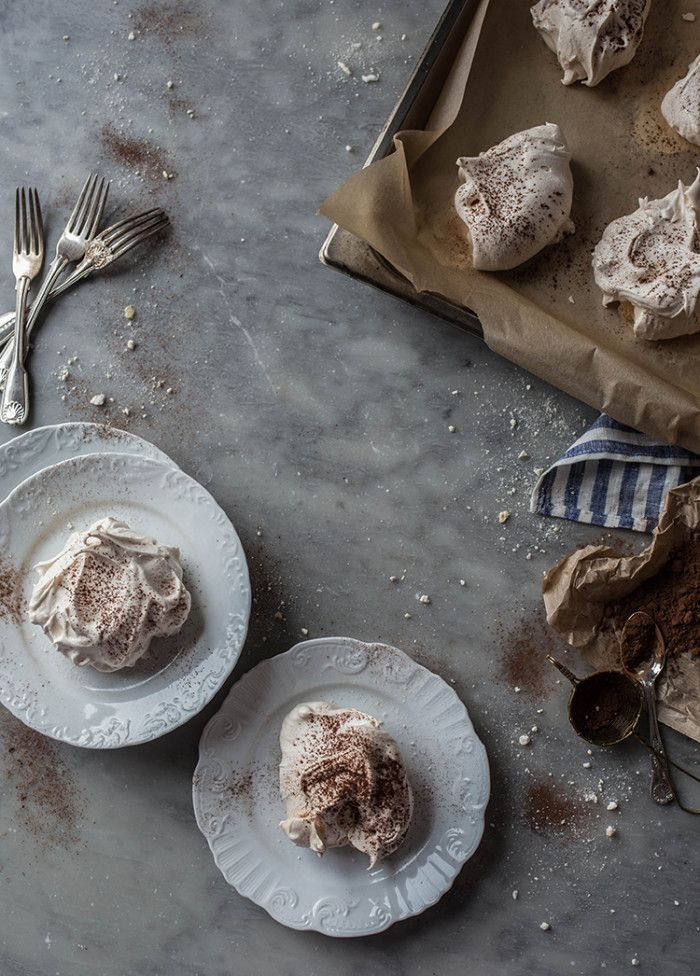 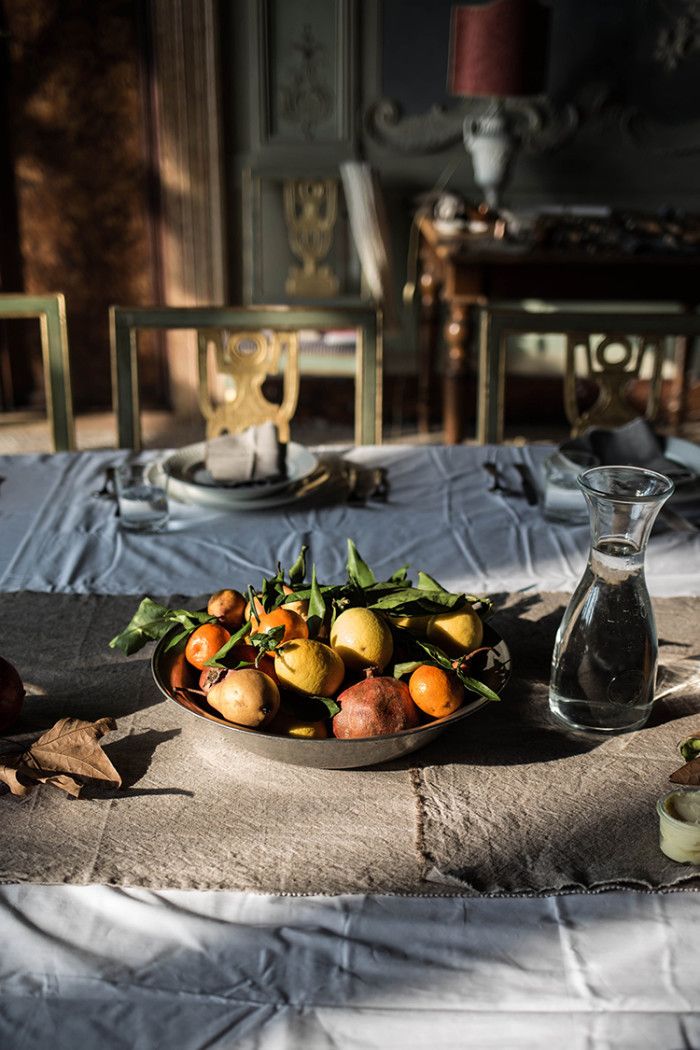 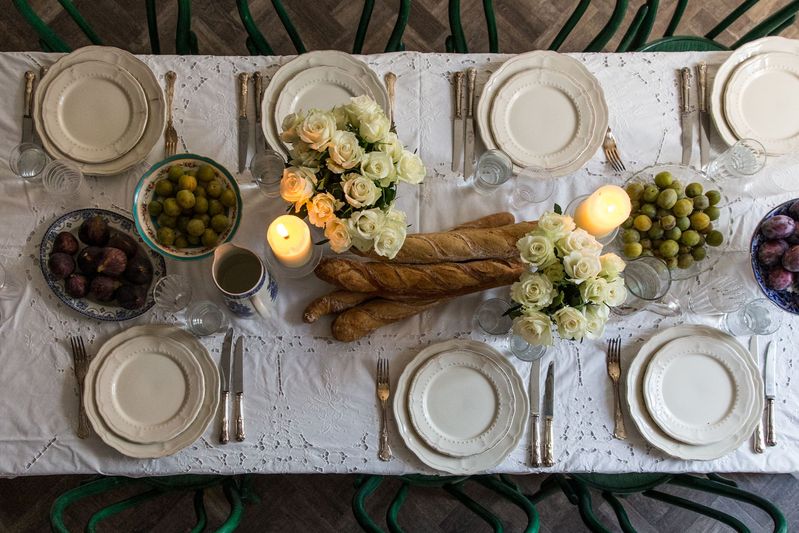 Suggested menu for a dinner party of eight: 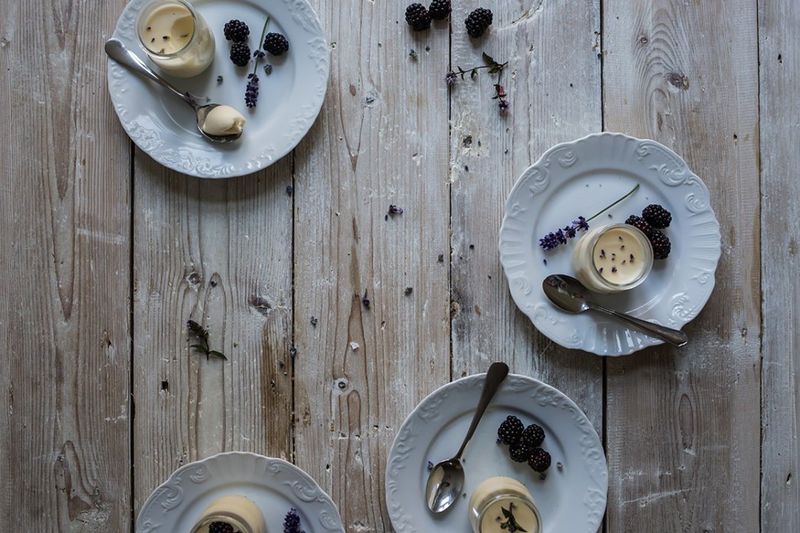 Suggested menu for a dinner party of twenty: 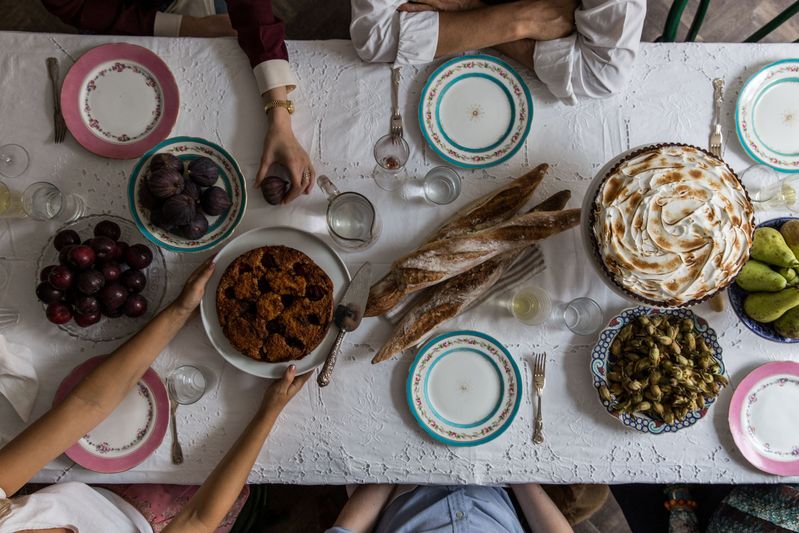 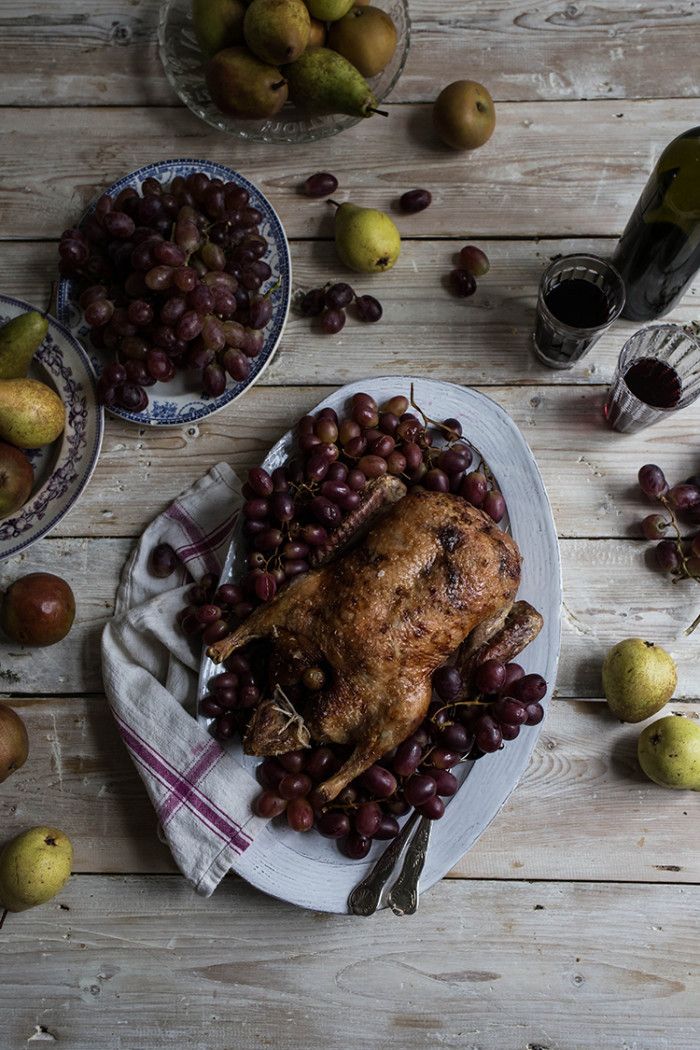 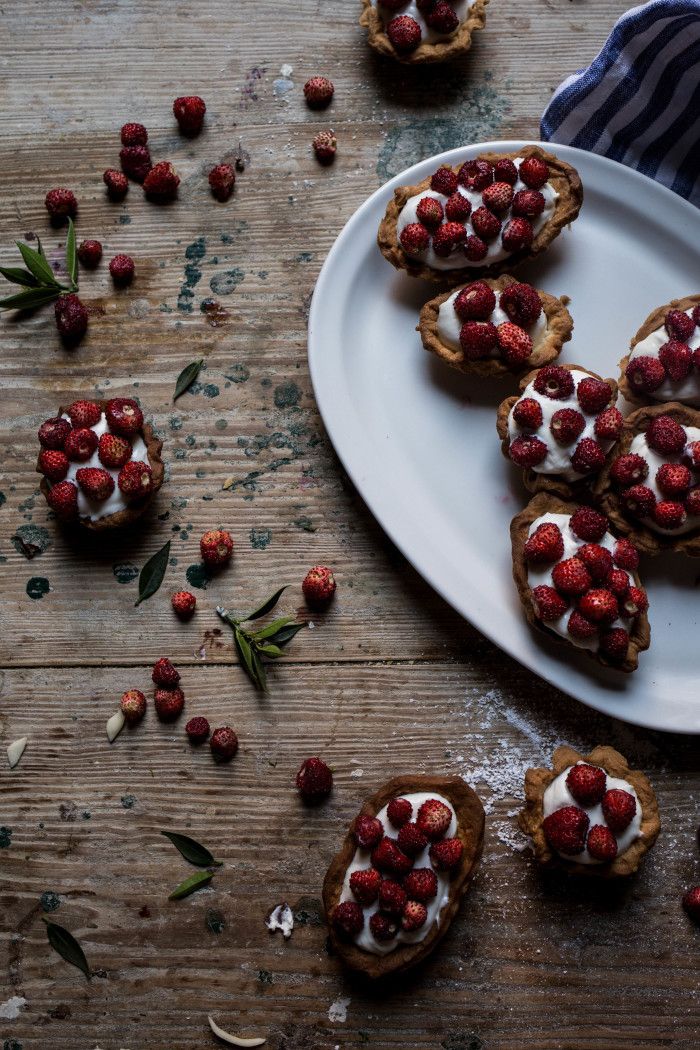 How big was the largest crowd you've ever hosted? And how did you survive? Tell us in the comments!

Third, fourth, and fifth pictures by James Ransom and Mark Weinberg; all others by Skye McAlpine

Written by: Skye | From My Dining Table

Sabine November 28, 2018
My Thanksgiving this Year. We invited 24, I cooked for probably 30 so had plenty of leftovers for everyone to take home. One ham on the grill, one large turkey in the oven, three beef tenderloin on the grill, roasted vegetables stove top and charcoal grill, cheesy potatoes in the slow cooker, dressing/stuffing, mixed salad. Served buffet style with all white plates, mixed utensils we collected over the Years and lots of wine, beer and laughter.
Looking forward to Christmas cooking for 25+ thinking lasagne, chicken baked in a tomato sauce, lemon caper salmon, stuffed mushrooms, always loved cheesy potatoes, mixed salad.
Any suggestions for easy prep dish either main or side that could compliment this mix?

mark G. October 14, 2018
having thanks giving dinner with 20 plus guest in our new house . the table fits 19 comfortably. wife is getting nervous. she is suggesting buffet, but its thanksgiving and not sure about that . suggestions??

felisalpina October 1, 2015
"Only" 30 people, and cooking for them together with a friend. The day before, we started to marinate lamb (1) and pork (huge quantities), prepared biga for self-made bread and baked cakes, while on the morning we did the bread, made all the salads and veggies, peeled bucketloads of potatoes, chopped up cheese for starters, lit up the fire (the lamb and potatoes were roasted in an old baker's oven), laid the table and waited for the guests. And then ate for half a day... ;-)
Usually, my private maximum headcount is about 12, and I often prepare things like moroccan meat pastry (a bit like samoosas) which I can just put in the oven when time is right, lots of salad, veggies and dips or also tapas varieties, and I will make use of the barbecue grill whenever I can (for ease of things and because my other half will gladly run the grill), or do something I can roast in the oven while having a chat with the guests.

Liz September 30, 2015
I once held a fundraising garden party where about 45 guests had responded to coming. I think the count for the day topped out at 68. Great fundraising but extreme stress.
However my best effort was a Christmas lunch. I had a 6 week old baby and 30 family and friends over. (To be fair that was inclusive of 10 children). Fortunately Christmas in Australia is mid summer so the kettle BBQ was busy making baked ham and the normal BBQ was pressed into service for various finger foods. That year all the cutlery and plates matched. They were all plastic.

Susan F. September 30, 2015
I was an Army wife. When my husband reached the rank of Colonel, entertaining was a given and was frequent, from potlucks, wives' coffees, unit "hail and farewells", to annual Christmas parties, which usually numbered up to 75 people. I always did buffets for the largest groups: a large bone-in ham, two roasted turkey breasts, small rolls, condiments, a fruit salad, maybe a pasta salad and a veg salad, and assorted holiday desserts like fudge and cookies.