How I Cooked Through 30 Pounds of Apples in One Week

An over-zealous apple-picking expedition means eating (and cooking and baking) apples every which way. 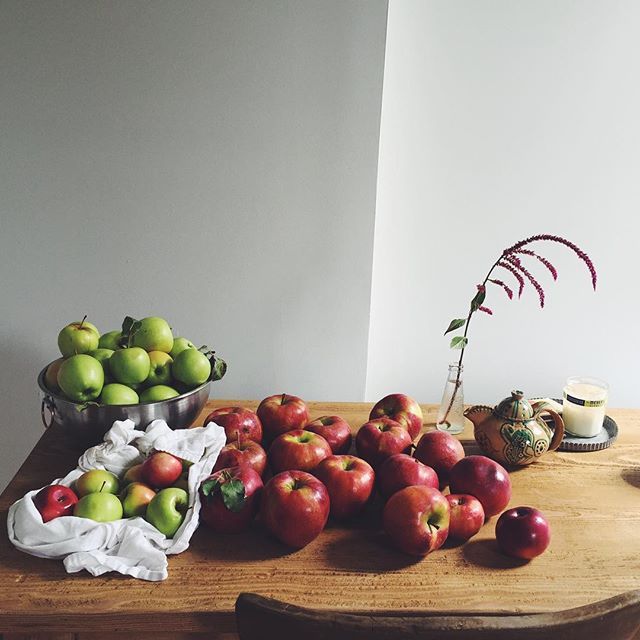 It all started as simple excitement—I was overjoyed to be at an apple orchard the first weekend of fall, my first East Coast autumn. But the situation turned into a seemingly impossible mission, a challenge: Eat all of the apples you just had to pick and buy before any go bad. All 30 pounds. The above is not even the whole haul—I wanted to appear somewhat reasonable.

The relieving news is that I did it, with so much help from recipes that use a lot of apples. You might think this will be a cautionary tale ("Don't do what I did; be reasonable at the apple orchard"), but instead, I will say: Go for it. The only snack I have eaten this past week has been either a Cortlandt or Golden Delicious apple, the only breakfast apple cake or yogurt with apple butter (or a combination of the two). And I'm loving every fall-tinged minute of it.

Here's how I cooked through 30 pounds of apples: 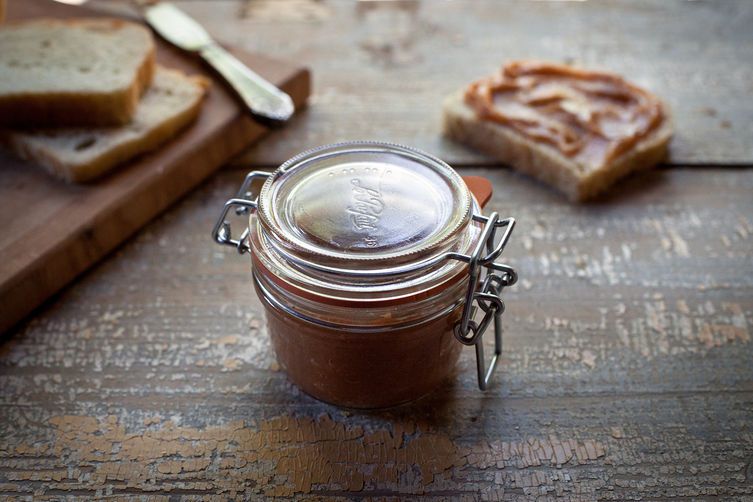 This recipe is one of the best I've found for apple butter (not biased at all, obviously). Why? The recipe is hyper-specific but also adaptable to whatever type of apple butter you like best. And the magic moment is the roasting of the apples, which does a stellar job of extracting sweetness from any apple. This apple butter was swirled into yogurt, spread on toast with peanut butter, and spooned and eaten straight from the jar. (A wise soul also had the good idea to add a layer of apple butter between the crust and apple slices of her galette.) 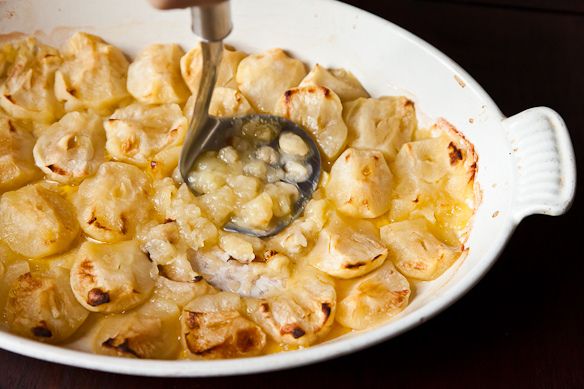 This is the simplest applesauce you could make, not even requiring a sieve or food processor. And the focus is all on the apples—no cinnamon or nutmeg or clove. Think of it as roasted apple mash instead of sauce and you'll understand where this recipe is headed. 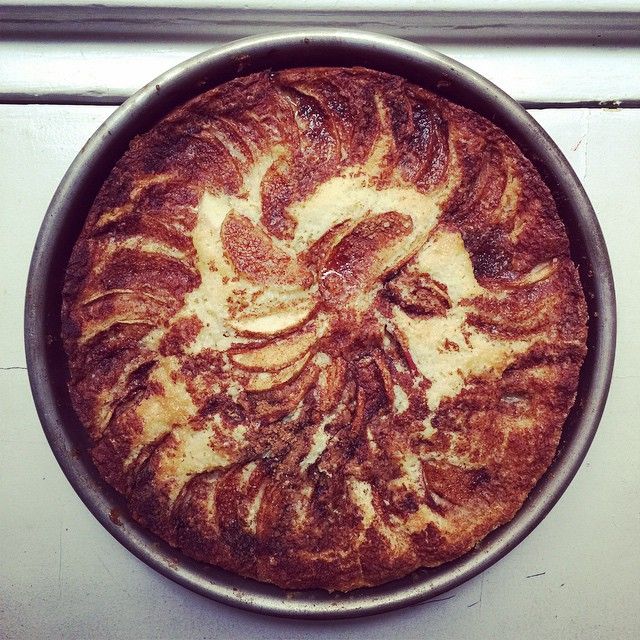 This cake has you pour 3/4 cup of heavy cream over cake batter and a layer of apples. If that isn't Genius, I don't know what is (attn: Kristen). The resulting cake is a cross between an apple cider donut and a German apple pancake. I cut back the sugar quantity in the batter by a lot, as did Amanda, who just happened to make the same cake on the same weekend as me. This is her cake above (it looks better than mine did). 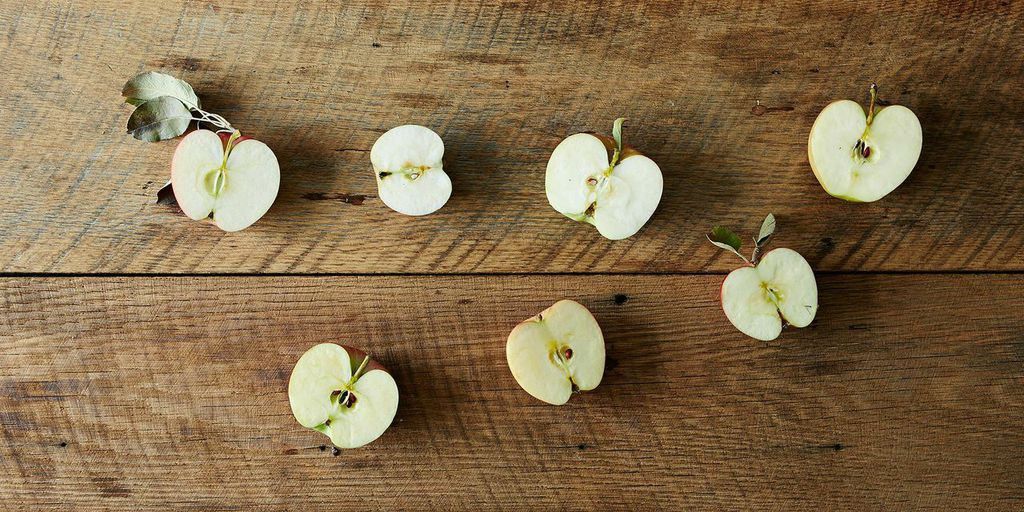 Because olive oil cake is magical, I was curious about this ostensibly very moist apple cake that has both olive oil and yogurt. I liked it, in a "this is weird but fun" sort of way. Others found the color sad (hence the lack of photo) and the texture a little sadder—verging on raw despite baking for 2 hours. While it's not a traditional apple cake by any means, doesn't have salt?, and—as I learned—not for everyone, I'm standing by it. If you like a squishy cake, this is your cake. 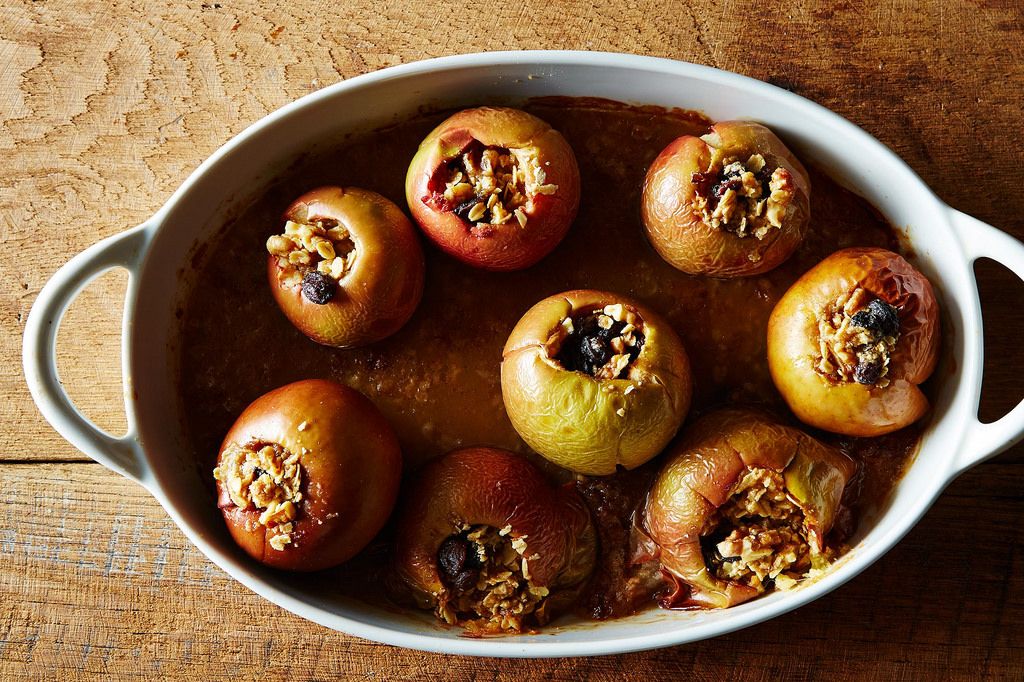 With three hours to make a vegan dinner for four, I cored some apples and stuffed them with a combination of oats, brown sugar, almond butter, cinnamon, and coconut oil. The prepped apples went into the oven during dinner and were devoured after. 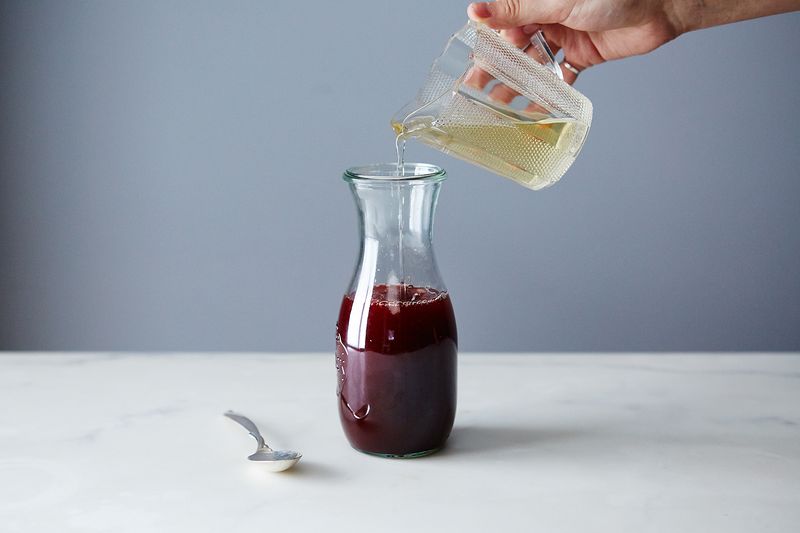 The last of the apples, the mushy sad ones, went into a shrub made of brown sugar, apple cider vinegar, bay leaves, cardamom, and juniper berries. Luckily, this hasn't disappeared yet, so I can live out my apple harvest for another few days.

How are you working through your apple haul? Tell us in the comments!

Whether you're in the mood for some soup-simmering, leaf-peeping, or nothing at all, your dream weekend awaits...

Alex W. October 8, 2015
This post reminded me of when we would harvest the apples from the orchard that surrounded my parents' bed and breakfast in New Hampshire. They weren't pretty apples—we didn't spray pesticides on our trees mostly because it's just so much work and we were focused on running the inn as supposed to the orchard—so no one would want to bite into one of these guys. We would bake or boil or mash or do anything else we could think of to these apples: apple breads, apple sauce, apple butter, apples chopped up in an upside-down French toast, apple cobblers, apple cider, apples as dog treats, apples, apples, apples! Any apples that weren't used right away were frozen and saved for later in the year so there was never any respite from the deluge of apple-focused-foods. Luckily for us, we'd have guests staying at the B & B that could help us work through the harvest!

I'm with you, Ali: grab as many apples as possible whenever possible! Don't worry about using them all at once, though, you can usually freeze apples for up to 9 months.

Ali S. October 7, 2015
I kept the amount on top the same, but only used 3/4 cup in the batter—partly because I don't like super sweet sweets but also because my apples brought a lot of sweetness. Would suggest varying based on your taste and the sweetness of your apples and letting us know how it goes!

AntoniaJames October 6, 2015
So many great ideas here. The idea to pour cream over a coffee cake is a familiar one in German cooking, e.g., this yeasted kuchen: https://food52.com/recipes/32105-cream-baked-coffee-cake I would hardly call it "Genius" -- just a good idea that hasn't been widely embraced. Yet.

I've been known to slather sour cream over my cinnamon rolls and then dust with spiced sugar before baking, also inspired by German tradition. (Give me this over cream cheese frosting on a sweet Chelsea bun, any day.)

Decadent, but deliciously so. ;o)

Tereza October 6, 2015
I will have to try the applesauce and butter!