This week, we visited a very pregnant, very glowing Anna Jones at her Victorian house in East London.

Anna burst onto the London food scene last summer with the arrival of her first cookbook A Modern Way to Eat, a celebration of vegetarian cooking that gave non-meat eaters exactly what they’d been searching for: exciting, vibrant food where meat is not substituted, but entirely unnecessary. 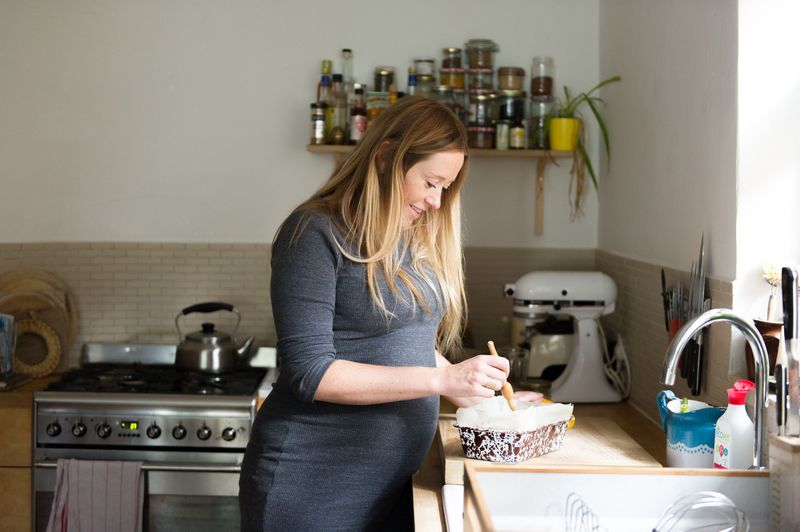 And it’s not just vegetarians who have been going wild for Anna’s food. As hopeless carnivores ourselves, it came as a wonderful surprise to flick through the pages without even realizing there was no meat on the menu.

The surprise continued the first time we cooked Anna’s sweet red onion and hazelnut pizzette, or her sunchoke salad with preserved lemon and smoked almonds. Food like this proves that meat doesn’t have to be the centerpiece of cooking.

“I want to help towards a new way of seeing vegetarianism,” Anna explains. “The words ‘vegetarian’ and ‘vegan’ used to be associated with ungenerous portions and that kind of hemp trouser lifestyle. Lots of successful people in this field take those words out of what they do. We’ve found new ways to talk about this stuff.” 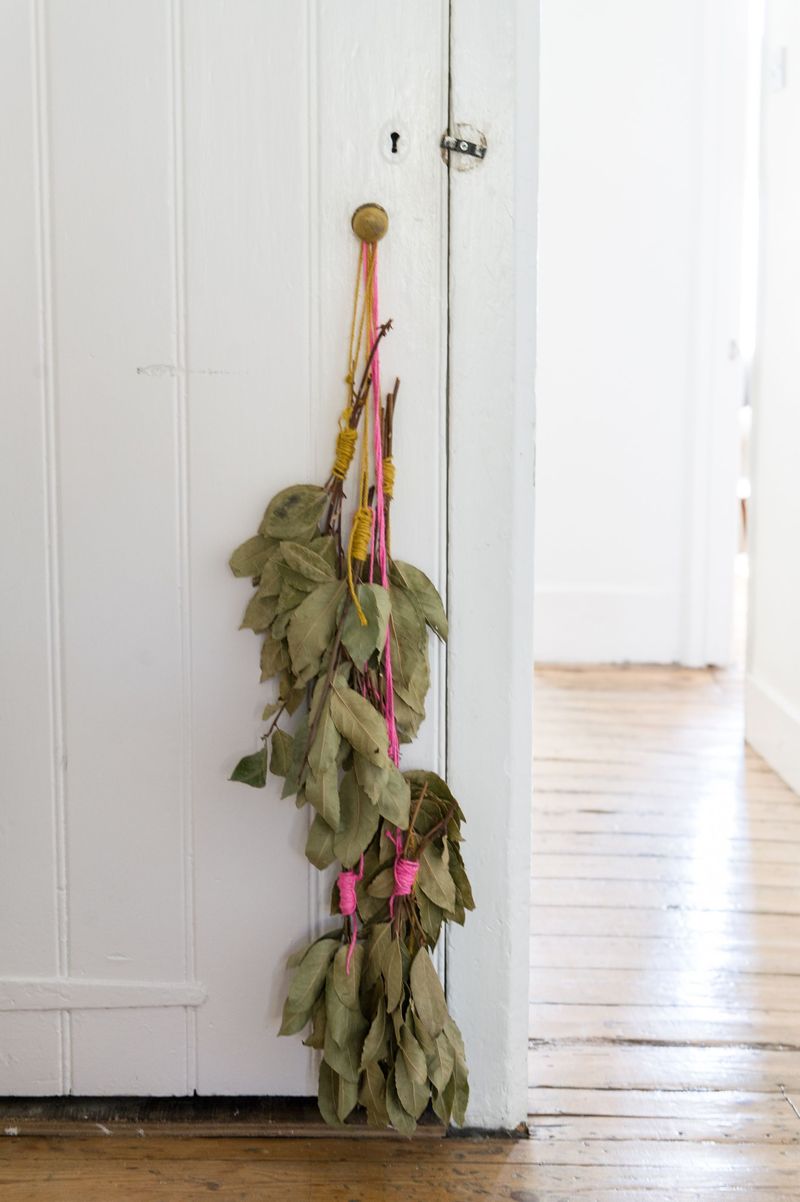 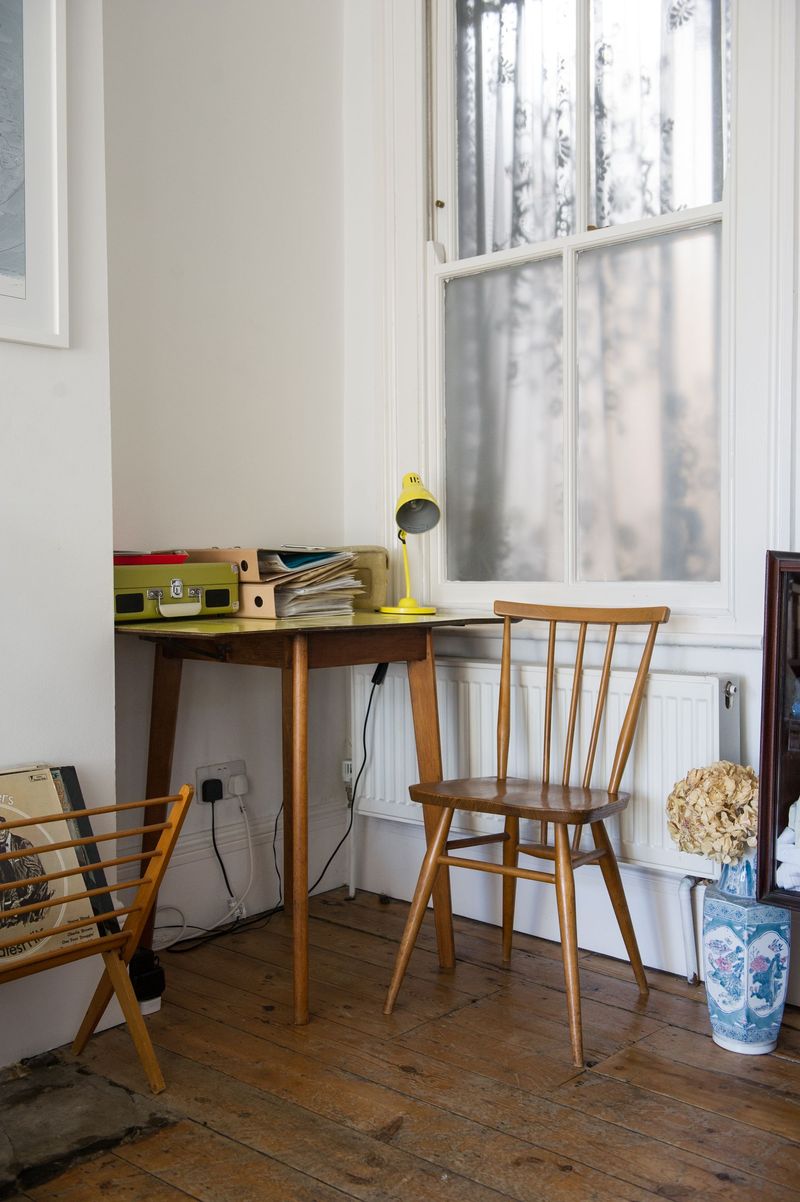 After being stirred by an article on following passions, Anna quit her job in PR and won a place on Jamie Oliver’s celebrated Fifteen training program. After that, she began a seven-year stint as a food stylist, cook and writer for Jamie’s television shows, cookbooks and campaigns. Since going freelance, Anna has worked with everyone from Yotam Ottolenghi and Antonio Carluccio to Mary Berry and Sophie Dahl.

But it is her first cookbook that has brought her storming into the public eye; she was even named "The New Nigella" by The Times. Now those are some impressive shoes to fill.

More: We talk to Anna about her cooking career. 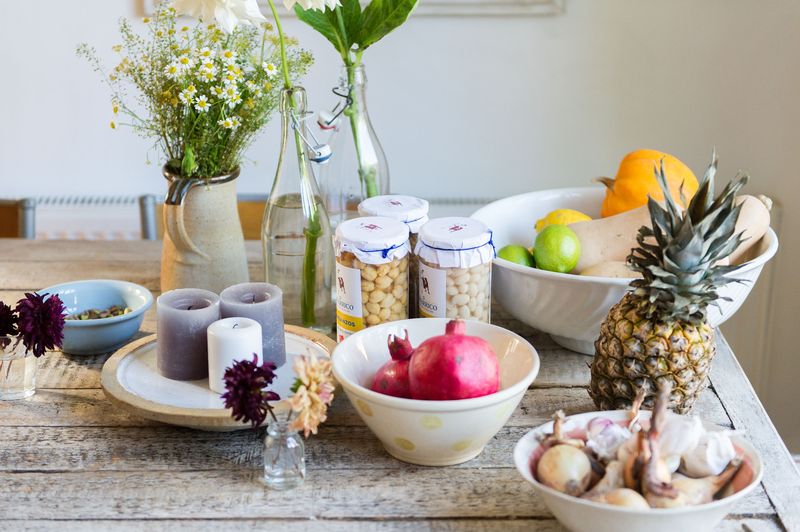 Anna is one of the leading figures championing the pleasures of healthy eating. But not the strict, scary kind. “I don’t put pressure on myself,” she tells us. “It’s so important to let people know that if you eat a piece of bread you don’t need to have a sleepless night.” There is a sense that, with Anna’s arrival, the public has breathed a sigh of relief.

Her “modern” approach to eating disregards the high-pressure dietary restrictions that flood social media and fill us with dread every time we dive headfirst into a tray of salted caramel brownies. “I eat what I feel. There are foods that are so powerful for our bodies, and I think it’s important to inject those into our diets. But after all, food is about enjoyment.” 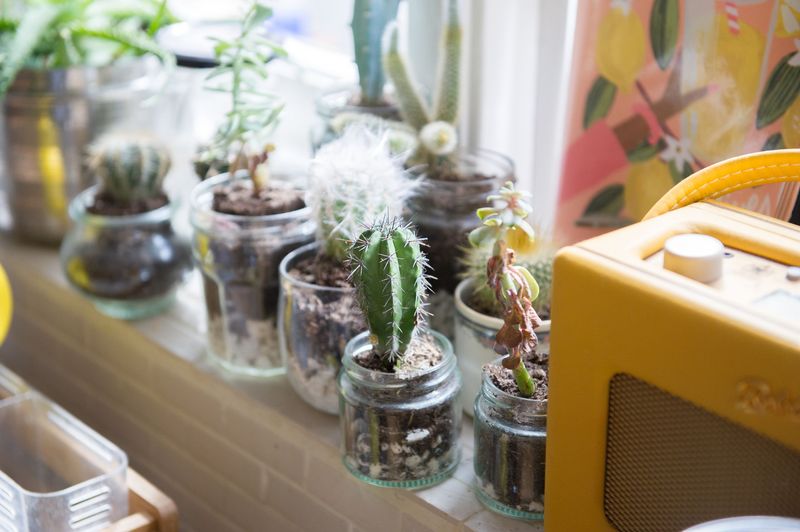 The timer chirps, and Anna goes to retrieve the sweet-smelling banana bread that has been cooking all afternoon. (We know what you’re thinking. A bun in the oven would have been far more fitting.) It is a plump wholemeal bake, decorated with a sliced banana and served with curls of peanut butter and honey.

I’m not sure if it was the warm, softly spiced banana bread or her effervescent charm that did it, but suddenly it felt like we’d been coming to Anna’s house for years. We dolloped salty butter onto our plates while talk turned to baby names and Feng Shui, and with Anna’s encouragement, we ate a very healthy amount of the bread. 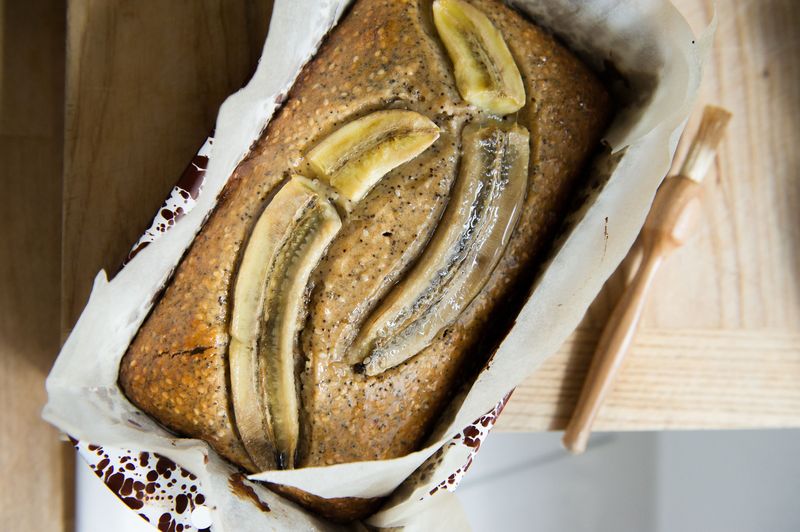 Anna shares her Homerton home with her boyfriend (soon to be husband) and her baby (soon to be born). “I always listen to Nigel Slater just popping out into the garden to pick some Tayberries and I just wish that was my life. I’m hoping that this new phase will mean I’m suddenly really good at gardening and everything’s very calm,” she laughs. “The reality is probably the exact opposite.”

Like most cooks, Anna’s kitchen is the nucleus of her home. Her shelves are stocked with mismatched plates and bowls, with the odd piece of equipment that gives her professional cook status away.

“Half the battle with cooking is having the right stuff around you,” she tells us, pulling a huge cream pot onto the stove. “I practically always use the same equipment in the kitchen.” As well as her trusty fleet of cookware, Anna also collects chairs—which explains the bevy of retro seats around her table, sourced from various London markets. 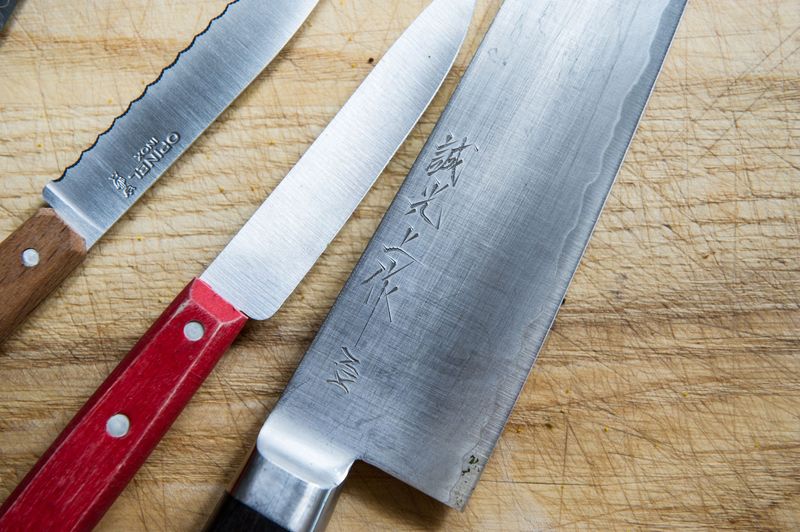 Anna creates recipes for her various weekly columns in this space, where she’s surrounded by her favorite things. Some, she needs (“I’ve had these Kin Knives for ten years. They’re basically all I use. They were worth every penny!”); some, not so much. “I do hang on to things sentimentally,” Anna admits.

“Because of the baby coming, I had to do a clear out, which was really hard. I’ve got two massive shoeboxes upstairs filled with things I can’t bear to let go of! I’ve got menus from places I’ve been over the last ten years. And there are certain mugs I can’t replace, like this really ugly one my sister bought me from a charity shop. 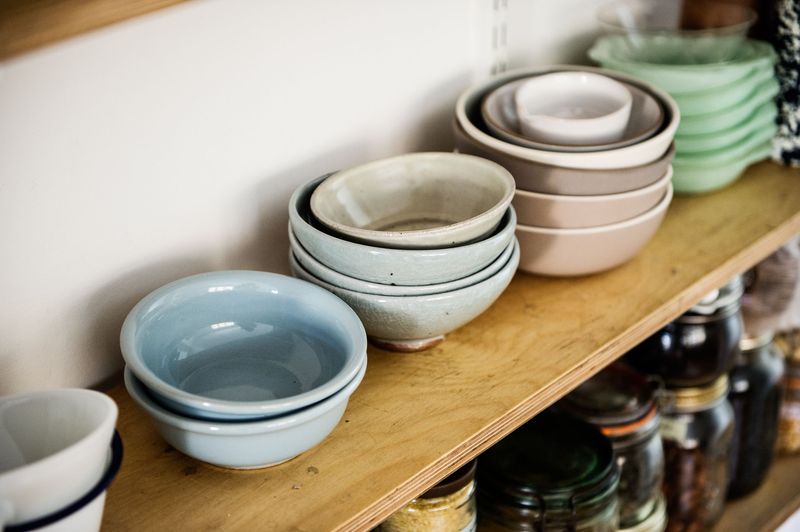 "You have to keep things that mean something to you. It makes a home. […] I know people that have blankets folded at perfect angles and flinch when you go to touch it. I’m not like that, I like a house that looks lived in.” 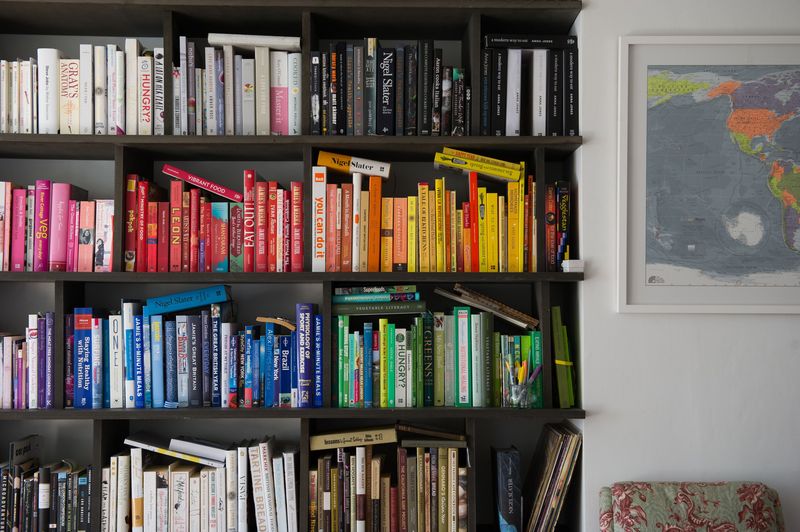 Our banana bread-filled visit to Anna came just two weeks before she was due to give birth. “I’ve felt totally relaxed and completely un-phasable this whole time!”

This unruffled pregnancy has helped with the writing of her second book, A Modern Way to Cook, which will be released in the U.S in April. “Pregnancy gives you a real perspective change. I’ve felt really Zen throughout the process. It’s really helped me relax and get less stressed about work.”

The book will be a continuation of Anna’s veg-centric recipes, with sections organized by time, from 15 to 40 minutes. “When you’re writing your first book, you’re always looking to share recipes that are very interesting and unique. But I noticed that the things people were cooking all the time and sharing on Twitter and Instagram were the really quick suppers. That’s what inspired the second book.” 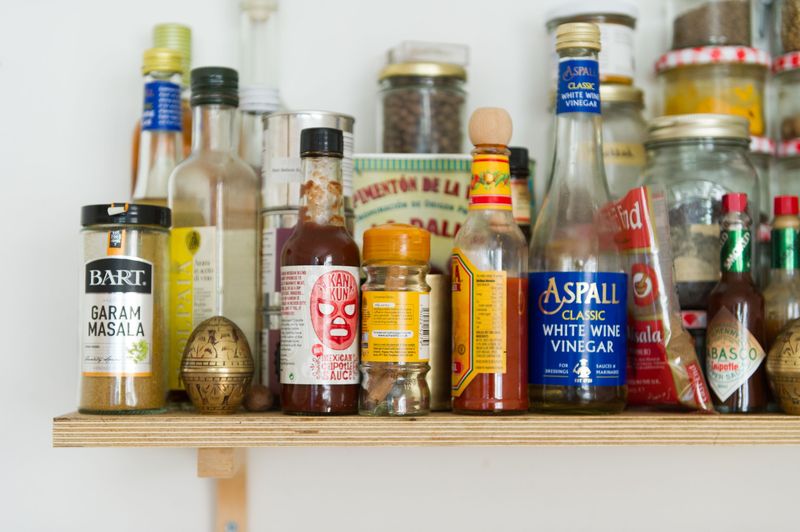 For Anna, it’s not about trend, but timelessness. “Above everything else, I want to write books that are useful for people. I think that’s something I picked up after years working with Jamie Oliver; you can have as much trendy food and ego cooking as you like in a book, but you have to be realistic. This book was all about using really nourishing ingredients and bringing a few new ideas in with very approachable recipes.”

Creating cookbooks in this kitchen, Anna explains, is an emotionally-charged process. “You put so much of yourself into a book. You can feel vulnerable and exposed when it’s just you creating something. But I suppose that’s the beauty of it. It’s your little piece of the world.” 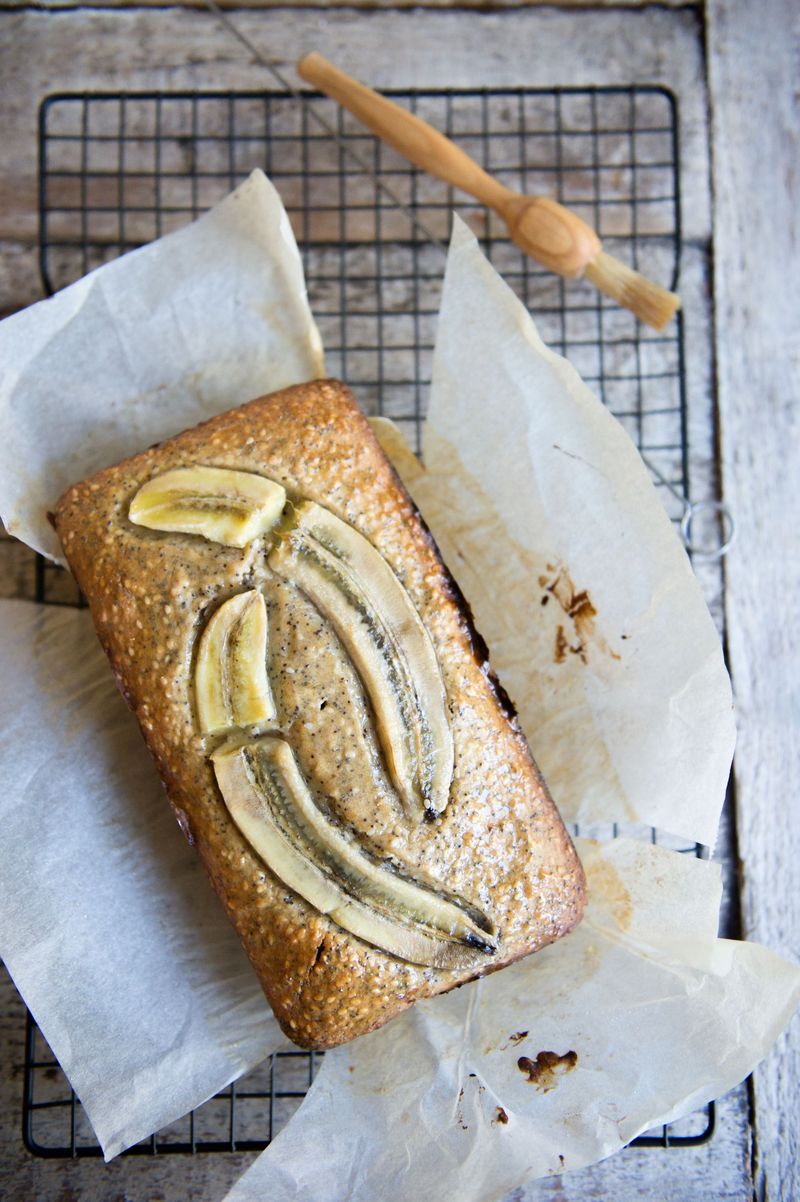 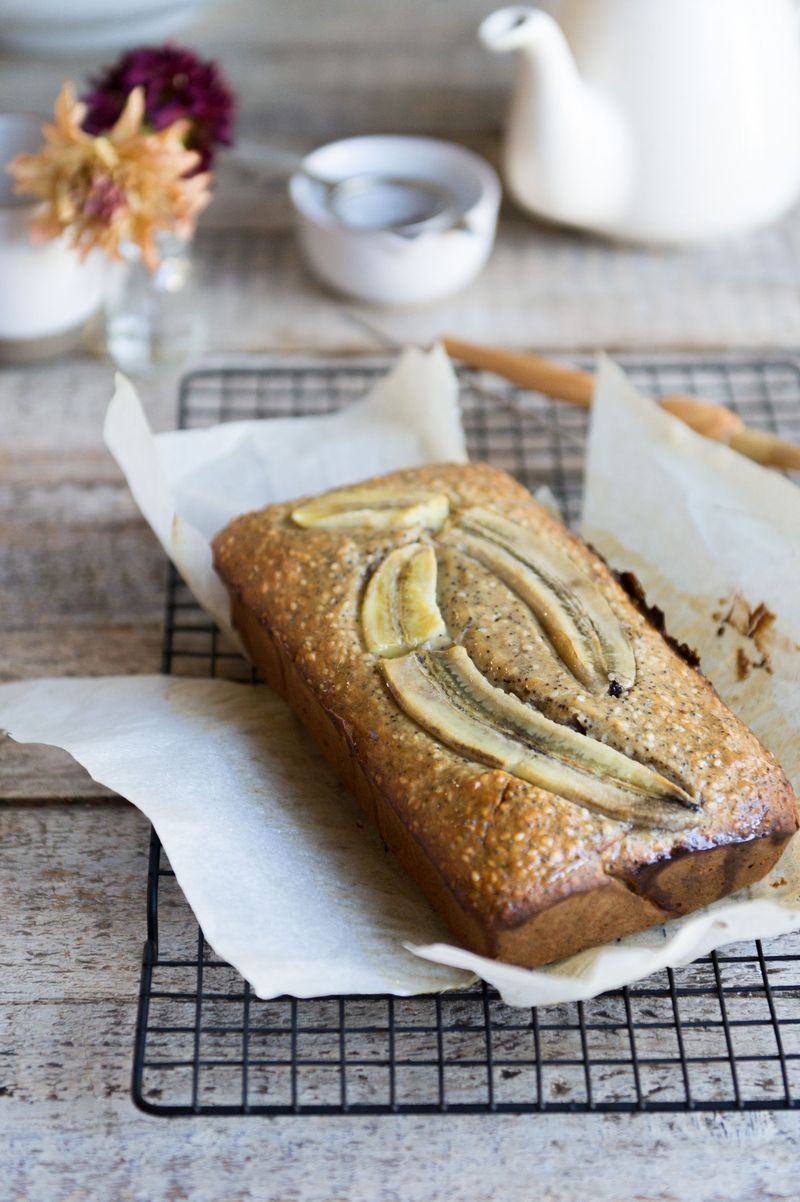 For the lemon sesame drizzle :

eleanor October 15, 2015
ahh Anna Jones! I love you so much! I use your books all the time. as a teenager i'm a bit nervous about whether i will be able to get a job in the food world but hearing about your experience has made me feel like I should really go for it! thanks and best wishes from Australia!