What to Do When Your Chocolate Seizes

Chocolate is prone to seizing or tightening up. It happens when you overheat and burn it (in which case you must toss the chocolate out and start over) and when you let the chocolate come in contact with a little moisture—which is why we are always taught to keep chocolate dry.

But chocolate also seizes when you don’t add enough water or moisture.

Harold McGee describes the phenomenon in very simple terms: There is no moisture at all in chocolate, so you might think of it as though it were a bowl of flour. If you add a small amount of liquid, you will get a thick paste. But add a lot more liquid and the paste will become fluid.

So it goes with chocolate: It’s incompatible with small amounts of liquid but can get on famously with large quantities of it, all depending on what you are trying to do with the chocolate in the first place. 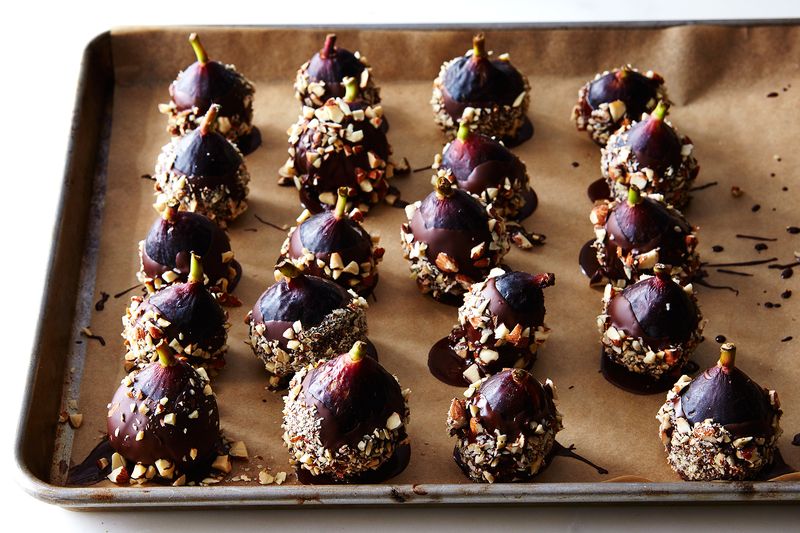 Here are 2 situations when you may find yourself with seized chocolate—and how to fix it:

With visions of dipping your own homemade truffles, cookies, or candied citrus peel in pure melted chocolate*—or just piping "Happy Birthday" on a birthday cake—you chop a bar of chocolate and start to melt it gently in a water bath or double boiler. Instead of producing a bowl of satiny smooth molten chocolate, you suddenly have a bowl of dull sludge so thick that you can hardly stir it much less dip anything into it. 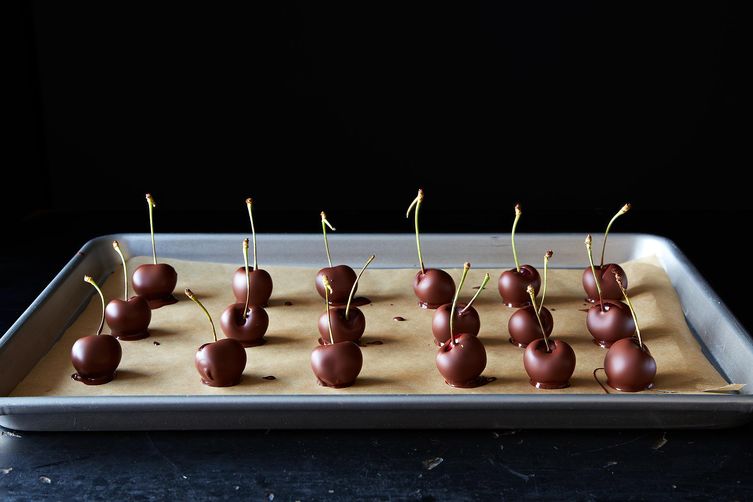 Your chocolate is seized because somewhere along the way, you’ve allowed it to come in contact with something wet. Maybe your hands or the cutting board or the knife were wet when you were handling or chopping the chocolate; maybe you put the chocolate in a wet bowl or stirred it with a wet spatula; or—in a burst of creative genius—maybe you decided to stir a couple tablespoons of liqueur (which is wet) into the chocolate for flavor.

Although you can't use the chocolate for its original purpose now, which was coating sweets with pure melted chocolate, you can use the seized chocolate to make brownies, chocolate sauce, mousse, or any dessert that calls for melting chocolate with some butter or a greater quantity of liquid.

If you are not ready to do that immediately, just scrape the seized mess onto a piece of wax or parchment paper or foil. Let it dry and harden (it will get ugly but this is no cause for alarm) and wrap it up until you need it. Then start over with fresh chocolate for your dipping project. 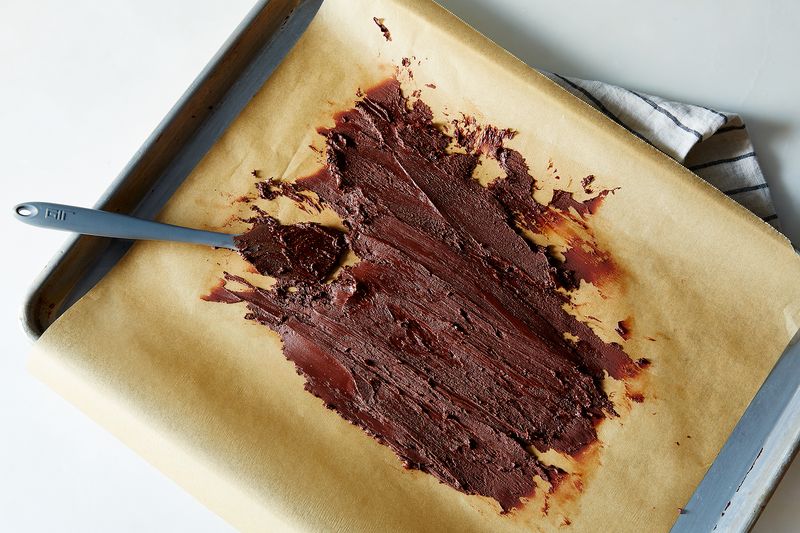 In this scenario, you are making chocolate sauce, a simple mixture of chocolate and cream heated gently until the chocolate is melted and the mixture is smooth. You are following a recipe; what could go wrong? 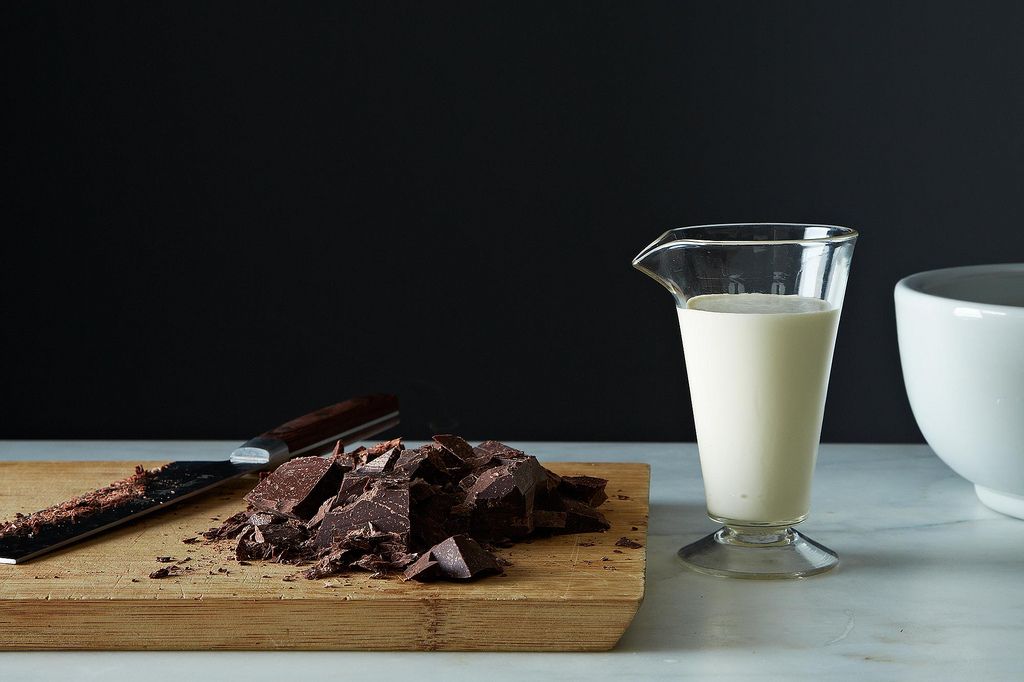 But as you stir, once again you suddenly have a bowl of dull sludge, too thick to be a sauce and to stiff to fold into the rest of the mousse ingredients.

This time, it's because you don’t have enough liquid to allow the chocolate to melt and become fluid in the liquid—think about the flour bowl example above. Although you were following a recipe, chances are the chocolate seized because you used a chocolate with a higher cacao percentage than that which was used to create the original recipe. The higher cacao percentage, the more liquid is required for sauces and ganaches and other chocolate mixtures that involve liquid. Stirring in a little more of the same liquid—or even water—will loosen the mixture and restore its gloss and fluidity.

Just beware that if the added liquid is cold, it may at first exacerbate the problem because it will chill the chocolate; let it warm up in the bowl before you start stirring. 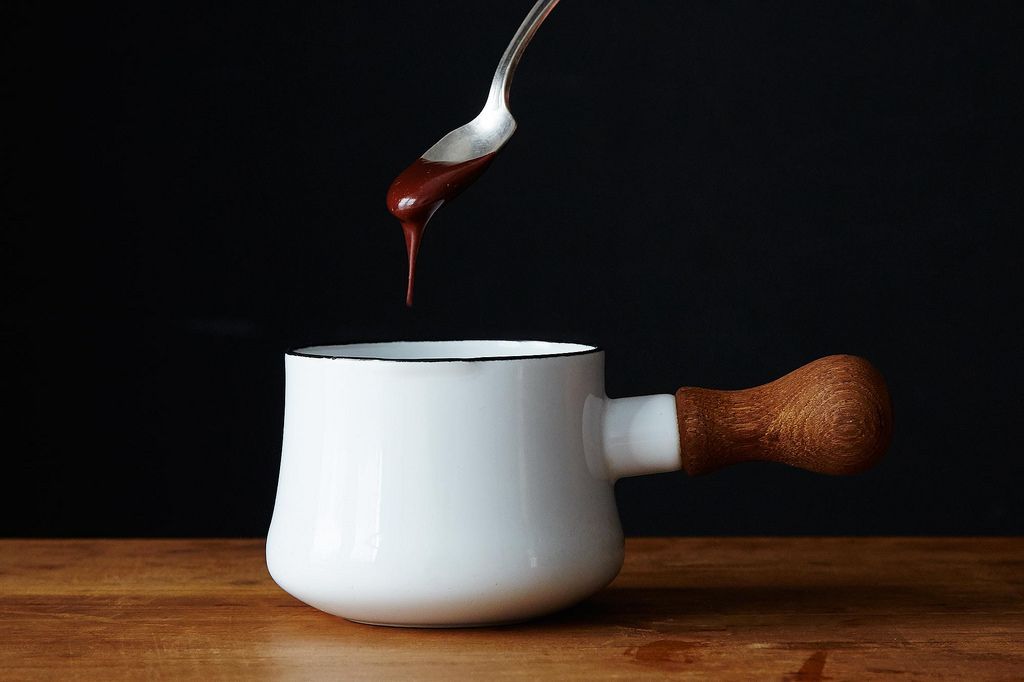 Laura415 November 1, 2015
I've definitely kept that ugly chocolate and used it in another recipe. I have a feeling that most of my luck with chocolate has to do with using higher percentage dark chocolate instead of what is called for in the recipe. I am always adding liqueurs, shrubs, and booze to my chocolate and it always works due to the need for extra liquid as stated in the article. Nice tips:)

Stephanie G. October 20, 2015
Water works too. Add a small amount and stir like crazy. It will come together again.

Paula H. October 20, 2015
I have loosened up seized chocolate by adding a small amount of warm (Not too hot) coffee until it is the consistency you want. Two benefits: it loosens it up and it enriches the flavor.