Although tomatillos are only a distant relation of the tomato -- they're actually in the same genus as cape gooseberries and husk cherries -- it's true that the similarities between the two can't be missed. Their affinity for salsa, for example, or the complex flavors they take on after roasting. After all, they're both members of the nightshade family. But the similarities end there.

Tomatillos, which are also called husk tomatoes or the vaguely Orientalist "Chinese lanterns," originated in Mexico. Because they're prized for their tart, acidic flavor, they're almost always picked before they are technically mature. Fully ripe tomatillos turn yellow, red, or purple, and are much milder in taste -- not at all what you think of when seeing tomatillo recipes! 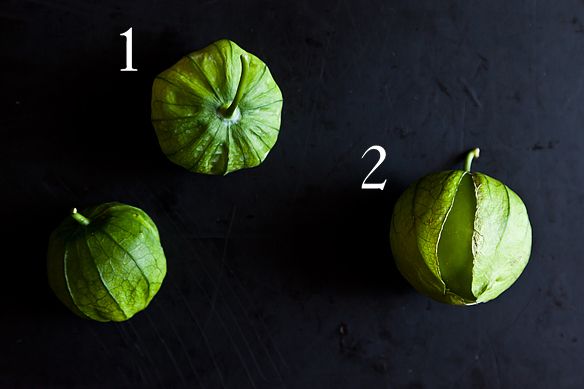 1. Lanterns Before Bulbs: Not to bury the lede, but here is the coolest thing about tomatillos: that delicate exterior? It's fully grown before the tomatillo itself is much more than a tiny nub! (This is my favorite fact about farming, ever.) While the months-old tomatillos you've undoubtedly spotted in grocery stores have dried, papery skins, the fresh stuff has skins that are vibrantly green, veined, and surprisingly resilient. Although don't let this fool you: they still aren't edible.

2. Bursting Free: As we mentioned above, tomatillos are picked before full maturity. All the same, it's smart to wait until the tomatillo has just started to burst through its exterior layer -- pick them too small and you're losing out on your ideal tomatillo harvest. And luckily, tomatillos continue to bloom flowers that grow into husks until the weather gets too cold, a practically never-ending supply of salsa ingredients. 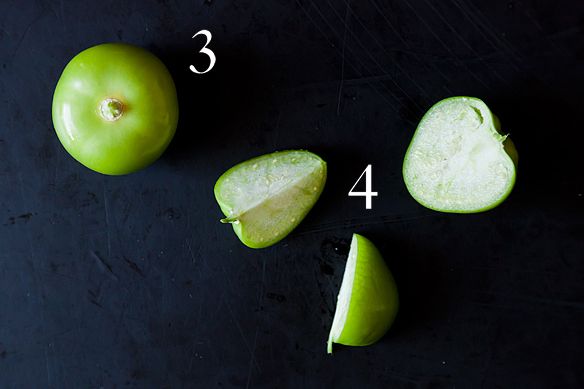 3. Sticky Fingers: Once you peel off that outer layer, tomatillos are sticky with sap. While you don't need to wash that off until you plan to use your tomatillos -- it helps protect them while being stored in the refrigerator -- it should be washed off before you start cooking. Just a light scrub with water will do it.

4. Drawn and Quartered: Whether you plan to roast or simmer your tomatillos, chopping them is a good idea to to maximize the release of their lemony-tomatoey flavors in your dish. See how they're almost berry-like on the inside?

It's no surprise that our top tomatillo recipes on the site are all inspired by Mexican flavors. For a new spin on salsa, try Merrill's dried pineapple and tomatillo take on it, or dig into a hearty bowl of green.

lorigoldsby September 2, 2012
Love the tomatillo! Bought some yesterday for tomorrow's breakfast! As it has been the rainiest Labor Day ever, hoping this recipe will start our last day off on a sunny spot! http://food52.com/recipes/13595_breakfast_sunshine_platter_chilaqueles_with_tomatillo_sauce

Shalini September 2, 2012
Nicely done! I love that they self-seed and come back.

aargersi August 31, 2012
I am making this (again) this weekend! http://food52.com/recipes/6436_salsa_asada LOVE my good friend the tomatillo