All week, Anna Hezel will be researching, planning, and, ultimately, celebrating her sister's wedding with an Azerbaijani brunch feast.

Today: What happens when Azerbaijan comes to Buffalo. This is the second installment of Anna's Big Feast -- check out All About Azerbaijan. 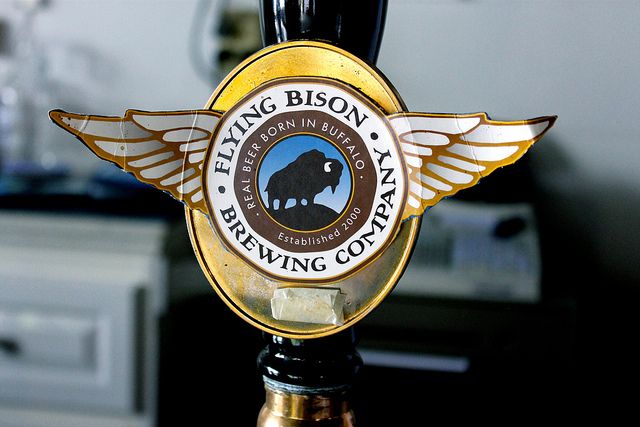 Soon after my sister's Big Fat Azerbaijani wedding, it was time for the couple to begin thinking about their next wedding: the Buffalo wedding. In addition to all of their stateside friends and family members, the wedding would be attended by a delegation of about a dozen of Javid's Azerbaijani relatives.

As we planned the brunch party for the day after the wedding, we sought ways to add Azerbaijani accents to the menu -- but we also sought Buffalo accents to add to the party. We were determined to show the Azerbaijani visitors that Buffalo was worth a trip across the Atlantic.

We weeded the garden and planted new flowers. We raided the local farmers' market for all of the season's best tomatoes, eggplant, zucchini, and corn. Somewhere along the line, it was decided by my German-American parents that the party would have live music, provided by a Buffalo musical group called The Frankfurters. Because -- nothing says "Welcome to America" like a German folk band. 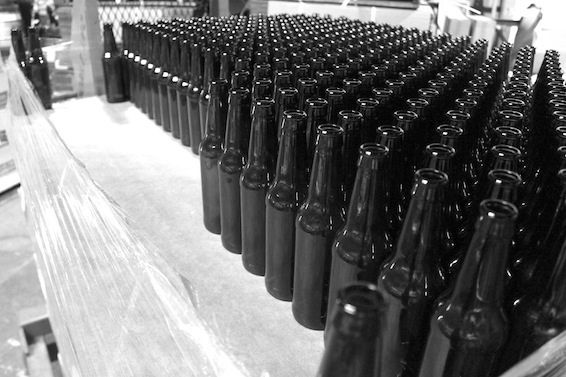 The Frankfurters, who bill themselves as "Western New York's most popular German-American band," are a 6-piece lederhosen-clad group of gentlemen who come equipped with accordions, horns, Alpine bells, and more. To make matters all-the-more interesting, the band has a clause in its contract which states that any event at which the band plays must have beer readily available.

This threw our garden party menu for a twist. What beer could somehow string together our garden party's Azerbaijani and Buffalo themes while quenching the thirst of six professional, musical beer-drinkers? I paid a visit to my favorite craft brewery in Buffalo. 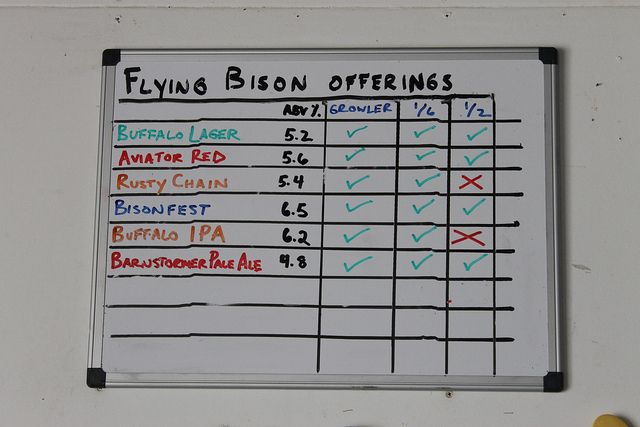 Flying Bison is a Buffalo institution. The brewery opened in 2000 with just two styles of beer -- an Irish red and a Kölsch -- tributes to founder Tim Herzog's Irish and German heritage. Since then, the company has expanded rapidly. Flying Bison's beers can be found in practically every bar in the greater Buffalo area, not to mention in the formidable craft beer sections of Wegmans stores. 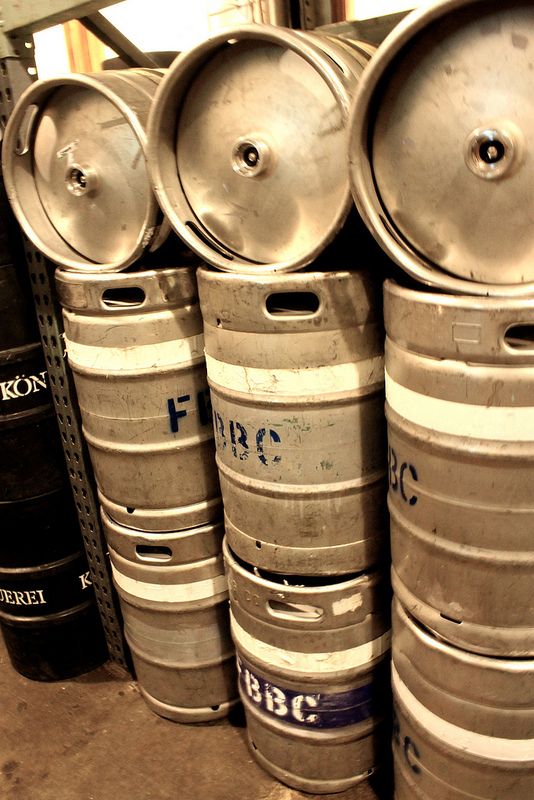 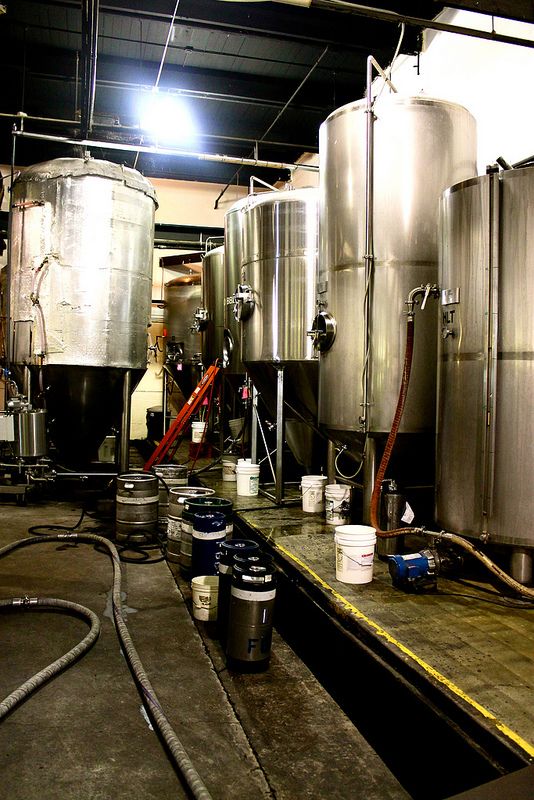 As I entered Flying Bison headquarters for the first time, the brewery bustled with new experiments and routine brewing alike. Enormous stacks of grains rose to the ceiling, and palette after palette of kegs lined the walls, waiting to be filled with beer for local sports games, charity events, and more. 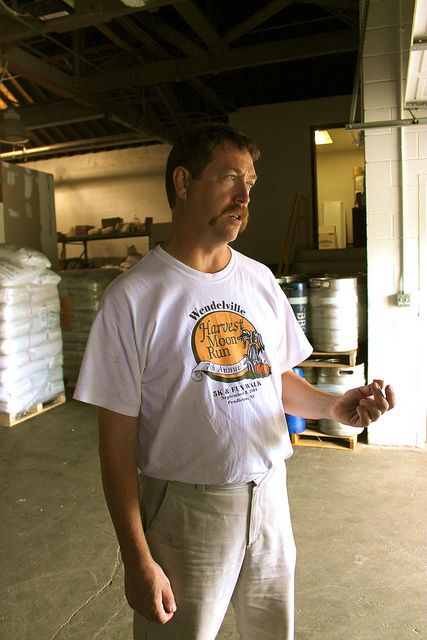 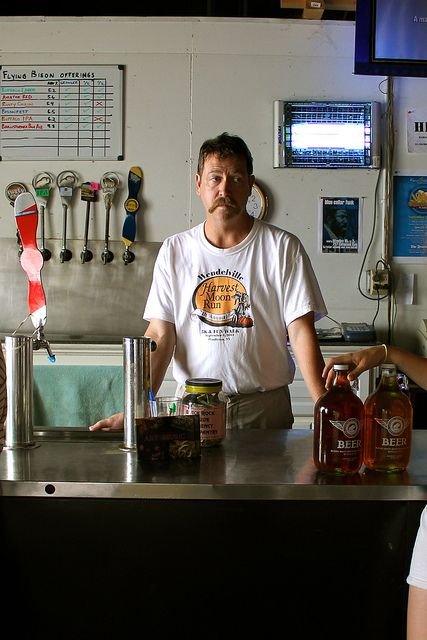 I explained my problem to Flying Bison owner Tim Herzog -- that I needed beer for a crowd, including six local musicians in lederhosen.

"I know those guys," said Tim, "and you're going to need two kegs." 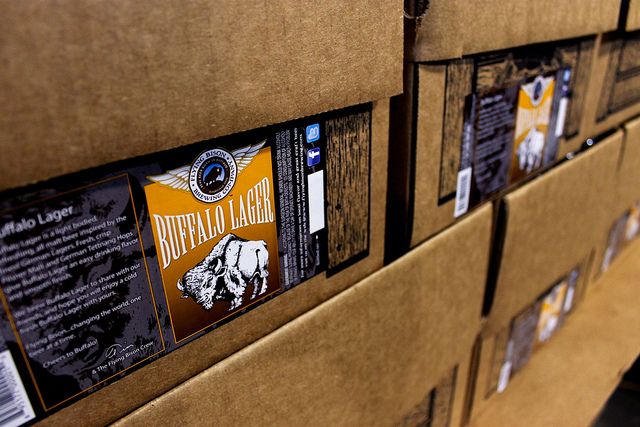 Just like that, an innocent brunch party in the garden became a kegger. Tim recommended the crowd-pleasing Buffalo Lager and his take on an Oktoberfest style, the Bisonfest. Relieved to have found a way to represent Buffalo in our brunch menu, I moved on to the most important challenge of all: the food.

TXExpatInBKK October 18, 2012
Really enjoying your story, Anna! My biggest memory of drinks in Baku were the bottles of room temperature vodka spaced along the table for sipping straight... not exactly garden party fare. Your idea of local beer is much better. :-) Can't wait to hear about the food!
Author Comment

Anna H. October 18, 2012
Ah yes, the bottles of vodka and the tiny glasses accompanying them are a common sight in Azerbaijan. Thank you for reading!

fiveandspice October 17, 2012
Heehee! I really want to go to a party with that band!
Author Comment

Anna H. October 18, 2012
They were amazing...wait till you see the pictures from the party!

Anna H. October 18, 2012
He is a wonderful guy! And Flying Bison is a fantastic place to visit...especially for sampling great beers.

rizzle October 17, 2012
You can't go wrong with some kegs of Flying Bison on a nice summer afternoon...

davidpdx October 17, 2012
As a former Buffalonian, your story reminded me how much I miss the hometown. It's a lot more than snow and chicken wings! Thanks for posting.
Author Comment