Dinner in a Bottle

Today: A last-minute weeknight pork shoulder (yes, it's true), with a broth to get your family through the winter. 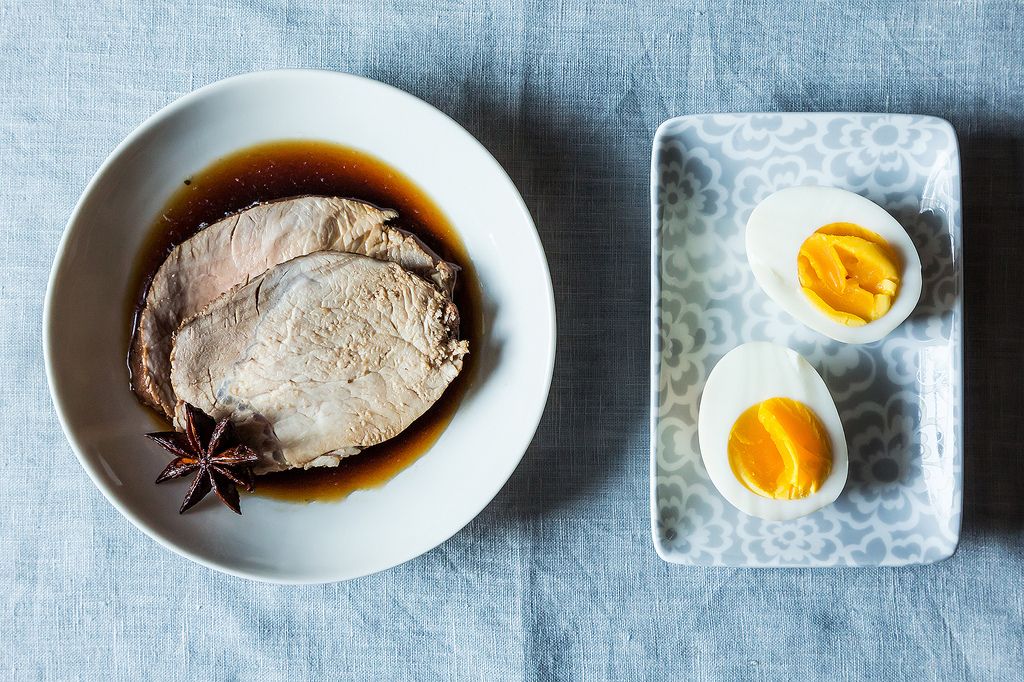 Last time we were here we talked sweet potatoes. And I stand by what I said, but really: serving sweet potatoes to your children is like handing out Adderall in Harvard Square. It’s not a hard sell.

This time we’re slightly more ambitious—as part of what Kristen calls the go boldly project: the places where the kids menu fears to tread. (The sweet potatoes were part of the companion go meekly project.) 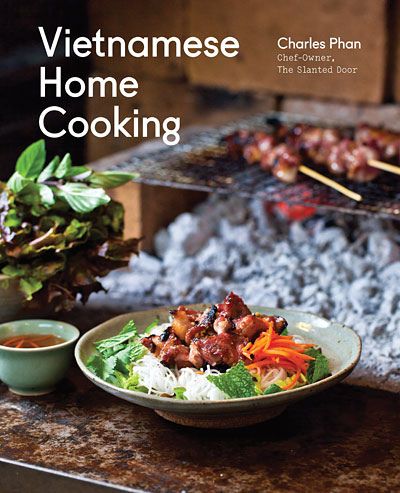 Which brings us to Charles Phan of The Slanted Door and Vietnamese Home Cooking, Phan’s splendid new cookbook. And it brings us to lo soi, which—yes—isn’t especially Vietnamese. (Like a few other dishes in the book, it is a nod to Phan’s father, who’s ethnically Chinese.) 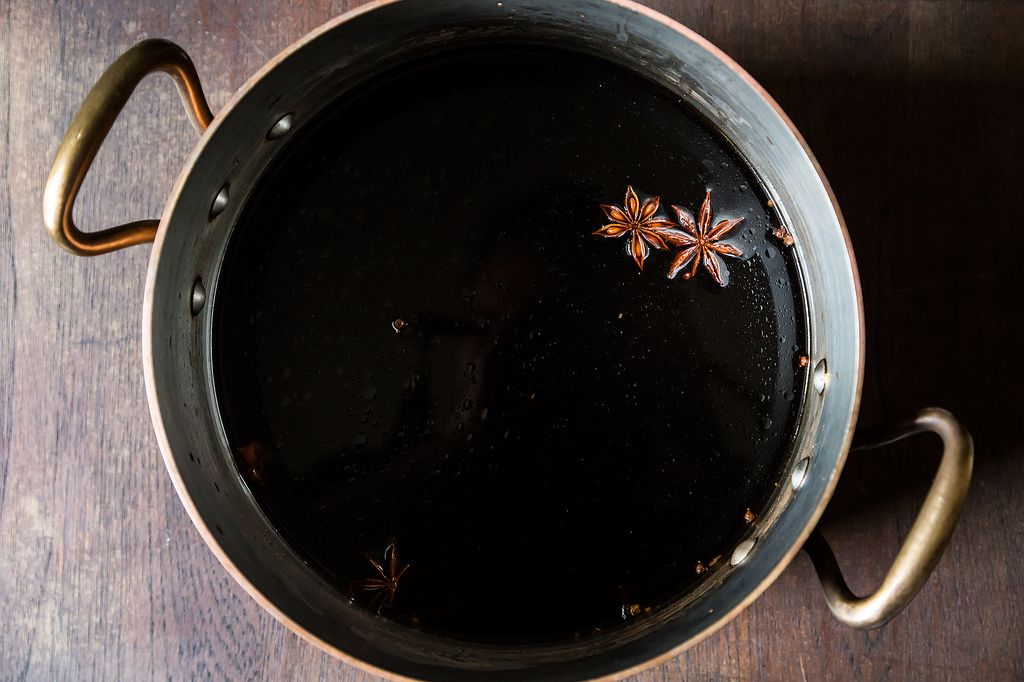 Phan attributes the sauce to Hong Kong; it has the warm, high-licorice aroma you’ll find in some other braises in the region. It has a cupboard worth of spices, some fish sauce, a pint of soy sauce, and a bucket of water: there’s no nutmeg, but if egg nog was somehow transformed into dinner, this is what I imagine it tasting like. It has that sort of warm, fireside comfort. It tastes like Norman Rockwell, not Nixon, went to China. 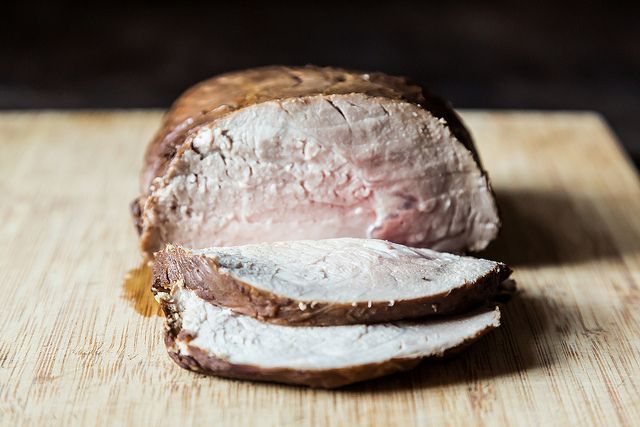 In Phan’s version, you briefly simmer a couple pieces of pork shoulder and let them cool in the sauce. This isn’t fall-apart, all-afternoon pork shoulder. This is tight-grained and just toothsome enough; you’ll want to douse it with sauce. Serve alongside boiled eggs, given time to meditate in the lo soi and also doused. (My method is to medium-boil the eggs, crack the shells, then transfer to the lo soi to hang out for a while. But if you know a better way, pipe up.) 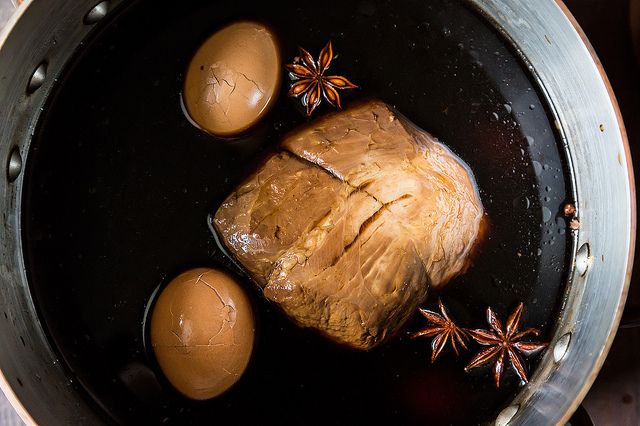 A couple of points: 1) If this sounds tricky, keep in mind that it is more measurement than cooking—I did it one-handed and one-hipped. 2) This is a mother sauce: you’re supposed to keep using it; it only gets better. (When chefs change jobs, they are said to take their lo soi with them.) Add fresh spices each time. Phan says if you haven’t used it in a month to boil it for five minutes and then store it again. 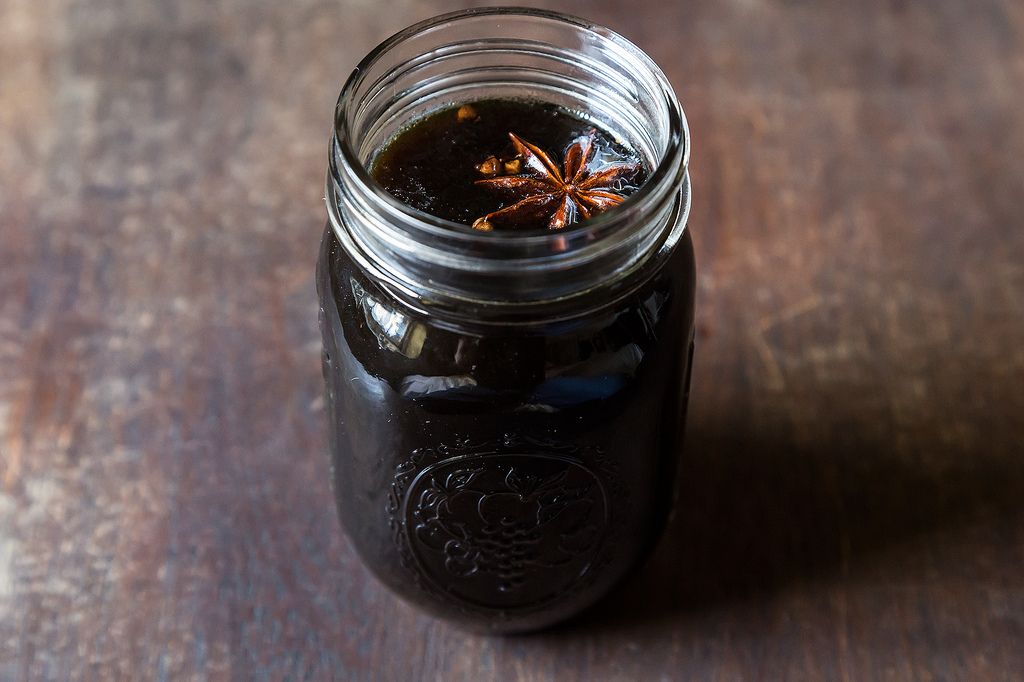 It’s a dark, mysterious liquid and there’s a lot of it. You could drop half your kitchen utensils in it and never know they were there. In the fridge, it takes up some precious space—mine is stored in a tall Ball jar, where it looks like witches' brew awaiting newts. If you use every square inch of your fridge, this may not be for you. But if you can spare a few vertical inches, the conceit of a sauce that’s premade and just waiting is perfect for families. Phan recommends braising whole chickens and ducks in it; my next stop is some thighs and drumsticks. Then I’m on to fresh pork hocks (browned, then braised for a couple of hours). Then pig’s feet, the same way. (Dead serious: for the wrong sort of kid, pig feet is really wrong, but for the right sort of kid, it is really, really right. Consult your about-my-kid label to see what kind you have.) This is what’s for winter.

In my daydreams I see family cookbooks that contain nothing but recipes from Southeast Asia and China. There’s no area of the world that’s more neglected in make-my-kid-eat books and there is none that’s more missed. It’s a case I’ll be making in the coming months: soon, caramel sauce. For dinner.

mrslarkin January 29, 2013
Made this last week. So good, I almost did a cartwheel. I've got my lo soi stashed in the fridge for next time. Imagine a hunk of pork belly in there?

Davis B. January 7, 2013
Handing out adderal in Harvard Square...you'd have them eating out of your hand, so to speak!

workmomcook November 22, 2012
My daughter's favorite chicken recipe is from Charles Phan -- a carmelized black pepper chicken recipe that was in Food and Wine years ago.... this sounds delicious too! Thanks.