This Little Hamburger Went to Burma

Today: Nicholas finds kid food in an unlikely place -- this time, it's a hamburger. 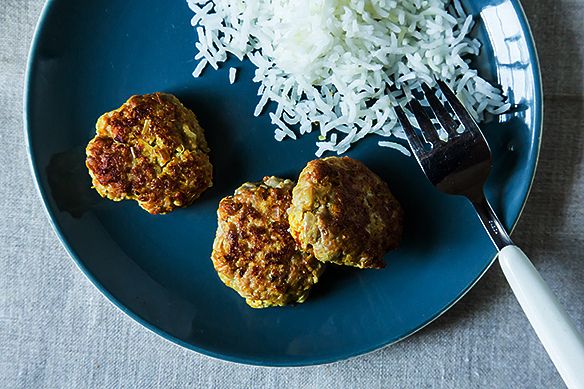 A few weeks ago, I went on a dyspeptic tangent about how cooking for children is mostly making the old revelations look less old. There are new ideas out there, I said. They just aren’t usually what’s for dinner.

You. Put down the Italian cookbook.

For decades, no one did much looking for anything in Burma, also known as Myanmar: a brutal military dictatorship all but sealed off the country from the rest of the world. In recent years, though, there’s been an unexpected political thaw in the country. For those of us half a world away, among the auxiliary benefits of the thaw is Naomi Duguid’s new book Burma: Rivers of Flavor. 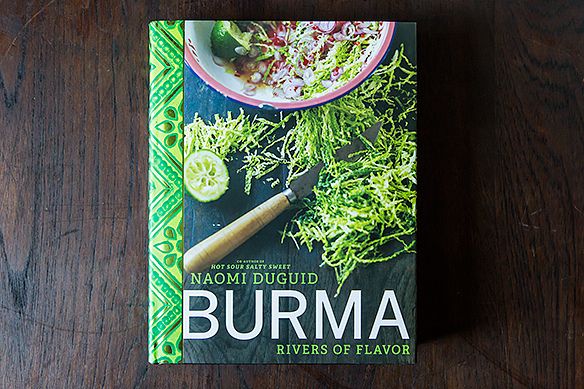 If you know her name, that’s because Naomi Duguid, with Jeffrey Alford, has written a series of books that get unusually close, in a fly on the counter sort of way, to how people actually cook. Their books are part ethnography, part travelogue, part recipe binder, and for anyone looking for unfussy, family cooking, they’re essential. It's true that their unfussy, family cooking is very different from what we're used to from those words: theirs is usually Asian and it is often unmoored from anything that you already know your child will eat. But let them into your home and they become homey: their nam prik ong is our freezer alternative to bolognese.

Even after children, even after Project Sanity, I turn to their books every week, and more out of practicality than escapism.

In Burma, Duguid’s first solo effort, she’s grappling with a cuisine that few Americans have ever tasted. (Burmese restaurants in the States are nearly nonexistent.) This brings with it pantry-defying ingredients: Toasted chickpea flour! Fermented soybean paste! The recipe for tea-leaf salad is included, Duguid admits, “in an act of optimism.” If you have any guests coming over, I recommend you have them make you the coconut sauce noodles with homemade broth, homemade fish balls, and homemade fried noodles.

Still, there’s a lot here that could be weeknight, child-tolerated fare: the delicate curries (a reprieve for sensitive palates), the eclectic and lovely salads. But let’s start slow. Let us, in the name of weaseling out of a tough spot we got into through sheer stubbornness, start with hamburgers. 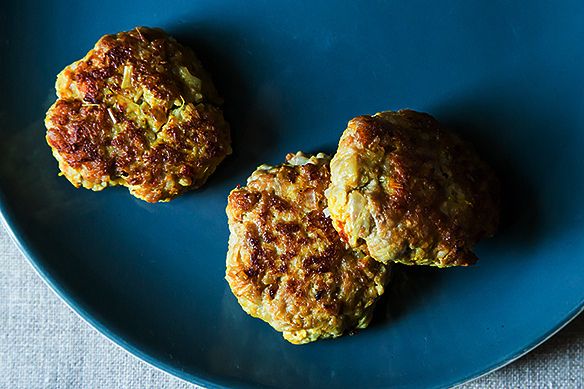 Your Burmese hamburger is originally a meatball, made into a slider by Duguid. It’s packed with ginger and lemongrass. The tomato goes not on top but inside; so does a handful of cooked jasmine rice (a substitute for traditional green hog plum wood, obviously). Serve with a crisp salad and a pile of sticky rice. Then go plant some hog plum trees for next year.

PassTheKnife October 24, 2012
Yum. Last week I finally got my boys to eat hamburger for the first time by adding raisins. This looks much more interesting:)

Nozlee S. October 4, 2012
Nicholas, I haven't made these patties yet, but I made that nam prik ong last night -- with the recommended nam prik num on the next page of the book -- and just, wowza.

Loneygirl October 1, 2012
Love her cookbooks! The stories behind the ingredients and recipes as well as the photographs are amazing!

sir_ken_g September 30, 2012
I bought this cookbook and got it earlier this week. It is as good as the review says. I have all sorts of recipes marked. Sure there are a few difficult ingredients (but she tells you how to make chickpea flour) and most recipes are actually quite simple.

hardlikearmour September 27, 2012
I seriously want this book now! The sliders sound fantastic. I love lemongrass more than is likely normal.

AntoniaJames September 27, 2012
My older son's favorite restaurant as a solid-food eating baby and toddler was a modest but superb Burmese place nearby. (He'd stuff rice, liberally covered with their exquisite curries, into his mouth with both chubby hands at once.) I'm so happy to learn that Duguid has a new book out! And what a great recipe. I'm looking forward to trying it! ;o)

Greenstuff September 27, 2012
I have a number of Burmese cookbooks, and this new addition is absolutely gorgeous! But the really good news is that just yesterday the State department announced a relaxation of sanctions against imports from Burma/Myanmar. I'm predicting a huge boon in tea-leaf salads!

Greenstuff September 27, 2012
I have a number of Burmese cookbooks, and this new addition is absolutely gorgeous! But the really good news is that just yesterday the State department announced a relaxation of sanctions against imports from Burma/Myanmar. I'm predicting a huge boon in tea-leaf salads!
Author Comment

Duguid coordinated the launch of the cookbook with State, clearly.

[email protected] September 27, 2012
I fell in love with Burmese food going to law school in D.C. where, believe it or not, there is a fairly good Burmese restaurant. There are now a couple of others in the burbs including Myanmar in Silver Spring, near us. I can't wait to check out this cookbook. Thanks for highlighting it. And we have taken our kids numerous times over the years to try Burmese food. The first 9 times, the reaction was anything from "yuck" to "meh." But the 10th time, they loved it!
Author Comment

And here's to the 10th time! I am newly inspired.