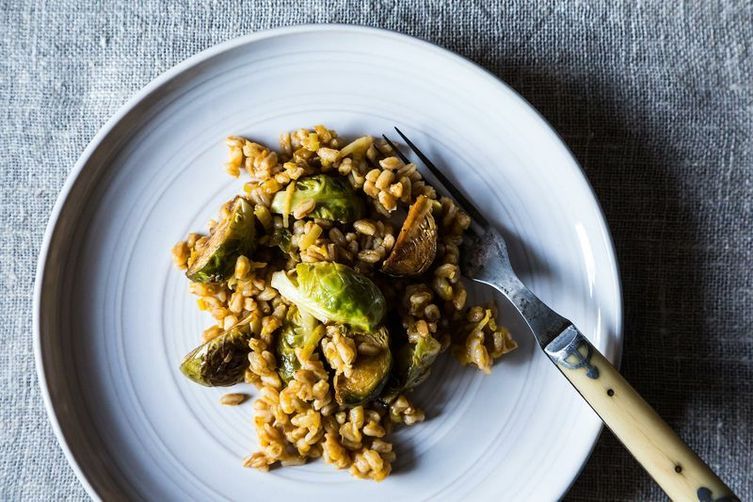 For all of their significance in human history, whole grains remain intimidating to many home cooks. This may be why refined grain products -- breads, pastas, and cereals -- are so popular. There’s nothing wrong with any of these foods, of course (I, for one, would not care to live without pasta), but there’s a lot to be said for learning to get comfortable with the real deal. Today, I’ll run you through the essentials of cooking whole grains: how to prep them, how to cook them, and how to make them taste fantastic.

The first thing you should consider when you’re getting comfortable with whole grains is how to select them. When I’m choosing whole grains for a meal, I often think in terms of how dense I’d like the grain to be. Barley and rice work well for hearty dishes like risotto, while lighter grains, like quinoa (which is really a seed, but resembles a grain and has many of the same benefits), work nicely in salads. Millet, teff, and amaranth make for delicious breakfast porridges. If you love texture, it’s hard to beat wheatberries, farro, and spelt. Store grains in a sealed container in a cool, dark place: heat and light can make whole grains go rancid, so be sure to take notice if they smell oily or sweet.

If you want to reduce cooking time, you can soak grains overnight and discard the soaking water before cooking. Once you’re ready to cook the grains, bring 1 cup of grain and the proper amount of liquid to a boil. Reduce the liquid to a simmer, and cook the grain with the lid on but slightly ajar (just enough to let some steam escape) until all water is absorbed. Fluff the grain and allow it to sit for a few moments before serving.

Though most grains will turn out nicely prepared with water and a dash of salt, using a good vegetable broth can make a tremendous difference in the taste and quality of your grain dish. Beyond that, here are a few of my favorite ways to make delicious, plant-based entrees with whole grains.

Quinoa breakfast porridge: Quinoa is everywhere these days, but few people think to eat it for breakfast. This recipe for toasted almond and coconut quinoa will breathe new life into your oatmeal routine.

Barley risotto: It’s easy to use barley in place of Arborio rice for a more nutrient dense and wholesome version of a classic risotto. I particularly like barley risotto with mushrooms in the winter.

Curried millet: Prepare millet with a 2 ½:1 water to grain ratio. When it’s ready, stir in some currents, cumin, curry powder, and a touch of cinnamon for a Middle Eastern twist.

Beet kasha: Kasha is roasted buckwheat—another hearty and nutritious ancient grain. It cooks up incredibly quickly and has a nutty flavor. Sautee some onions till browning lightly in a pot, and add 2 cups of broth and 1 cup of kasha. Cook till liquid is absorbed, and then stir in some roasted beets for a beautiful, electric pink salad.

Wheatberry and raw vegetable salad: Add 2 cups of cooked wheatberries to a salad of shredded raw veggies—kale, cabbage, peppers, and whatever else you have in the fridge. Toss in some sea salt and pepper and your favorite vinaigrette for a quick and easy lunch.

And if none of these appeal, try one of my favorite whole grains, farro. Farro is a form of emmer wheat, a precursor to modern wheat, and it is a current darling in the culinary world. No wonder: its texture holds up well to tons of different preparation methods, and it has a chewier, more satisfying bite than traditional rice. Here, it is combined with sweet balsamic roasted Brussels sprouts and leeks for a comforting and savory winter treat. What better way to get comfortable with the mighty, nourishing, and versatile grain? 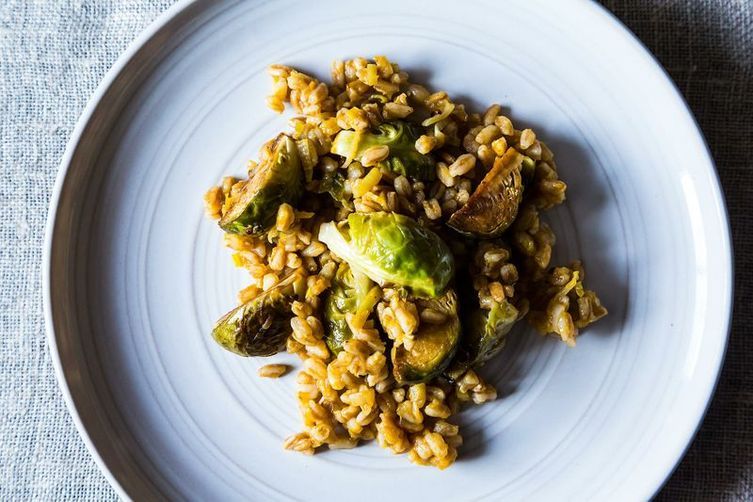 verdi327 January 14, 2013
I have had mixed results with adding a small amount of water (usually 2:1 ratio) and then letting the grains simmer until all the water is absorbed. They tend to come out mushy. I am going to start trying to just boil the grains for 2/3 the time and then pouring the water out and letting the grains steam in an empty pot for 10+ minutes.

Ralph K. January 10, 2013
Love the farro - leeks - brussels sprout combo, it's just calling my name. Though, I probably will have a piece of steak or roasted chicken with it ;)

Samantha A. January 10, 2013
I love curried millet! My favourite way to eat it is to mix it with chick peas, carrots, and currants like in this recipe: http://samanthamenzies.com/home/2011/11/curried-millet-with-chickpeas-and-currants/