Virtuous and colorful: two words that should always be associated with a weeknight dinner at home, but too rarely are. Deep violet radicchio roasted with meaty, pink shrimp are a simple and brillant pairing. EmilyC adds a few halved cherry tomatoes, but it being the beginning of Feburary you may not want to use the cherry tomatoes that your local market has (or maybe you do, we won't judge!). If this all sounds just a little too virtuous, well, unlike those cherry tomatoes, clementines are in season, which means that it'd probably be a good idea to make a pound cake with them. Like maybe SavvyJulie's? And if you decide to serve it with a healthy dollop of whipped cream, even better.

Roasted Radicchio with Shrimp and Warm Bacon Vinaigrette by EmilyC 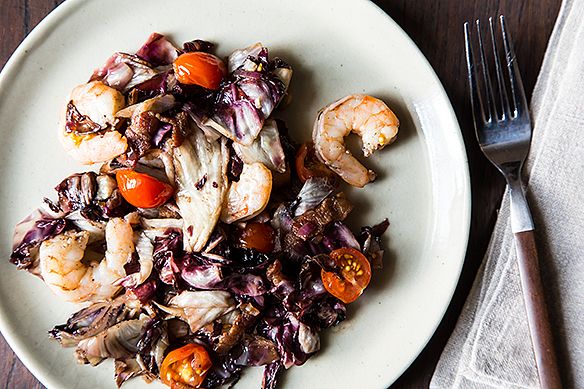 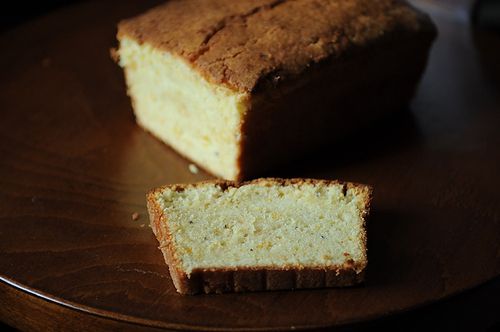 Serves 4 (with pound cake leftover for breakfast or second dessert!)

We assume you have flour, butter, sugar (white and brown), eggs, vanilla, cardamom, milk, olive oil, salt, pepper, mustard, vinegar, and maple syrup. If not, you'll need to add those to the list, too!

1.The pound cake is very straightforward. If you're super organized about it, you can do the whole thing in one bowl -- a must for a weeknight. It needs over an hour in the oven, though, so whip it up and pop it in before you worry about the shrimp.

2. The radicchio is quite simple, too. Just roast the radicchio, then the shrimp. Cook the bacon and whisk together the vinaigrette. Combine. Serve!

3. When the cake has cooled, and the dishes are done, whip some cream and slice yourself a big piece of cake. Dinner has been served, the day is done and it's time for dessert!