Can it just be spring already? All over the country we've had glimpses of it, but in New York we just got yet another dose of winter. Whatever the weather is like where you are, we're officially closer to April than February, there's a little mint popping up in our gardens, and the days are gloriously longer.

In light of that, we've decided to just call it. Springtime is here! If the view out your window begs to differ, whip up some mint limeade and dream of warmer days. They'll come soon, we're sure of it. 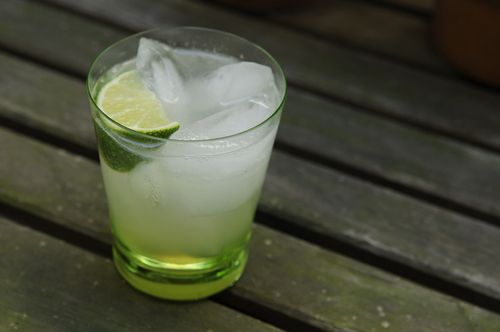 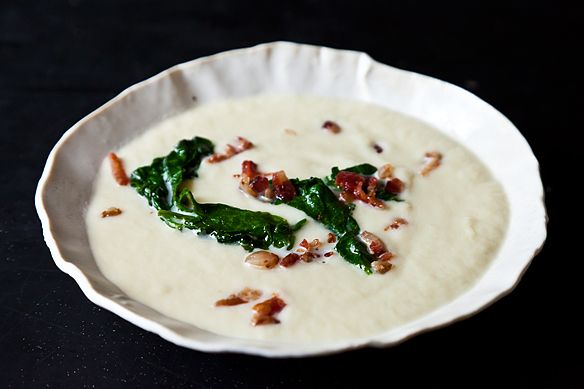 We are trusting you, as a super savvy home cook, to have salt, pepper, olive oil, broth (chicken or vegetable), and sugar around the house. If you don't, you'll be needing those, too!

1. Make the mint syrup for the limeade first, because it's best if it has time to cool entirely before you mix up the sodas. Also it's extremely easy and takes all of two minutes.

2. Onto the soup! Chop everything, and use sdebrango/amanda's method for sifting all the grit from the leeks.

3. Simmer turnips, leeks, and broth for 30 minutes or so.

4. While they're simmering away, prep the radish greens and bacon.

6. Serve the soup, topped with greens and bacon, alongside a refreshing glass of mint/lime-y goodness! Dream of sunny days ahead.