Noodles in the Time of Cholera

Today: Nicholas's survival strategy? When all else fails, turn to pasta. 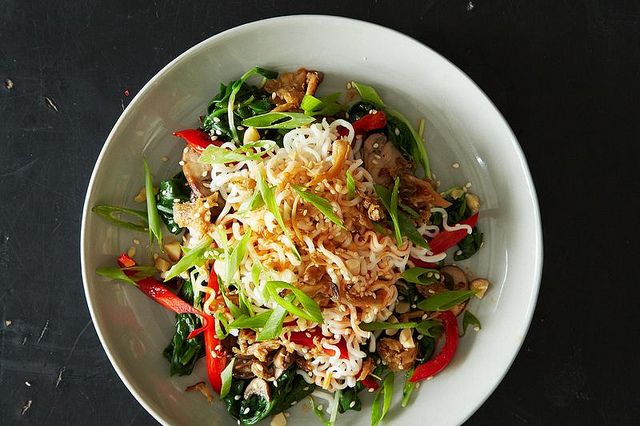 This column has had a pasta fixation lately. The macaroni peas. The bachelor anchovy pasta. There is a recipe for noodles below, too, and I half-expect you to see it and immediately email Amanda and Merrill and ask that they stage an intervention.

Because too much pasta in the life of a household is a cry for help. It is the post-child equivalent of too many half-eaten ice cream cartons, or a single chocolate martini.

More: A classic martini -- no chocolate. 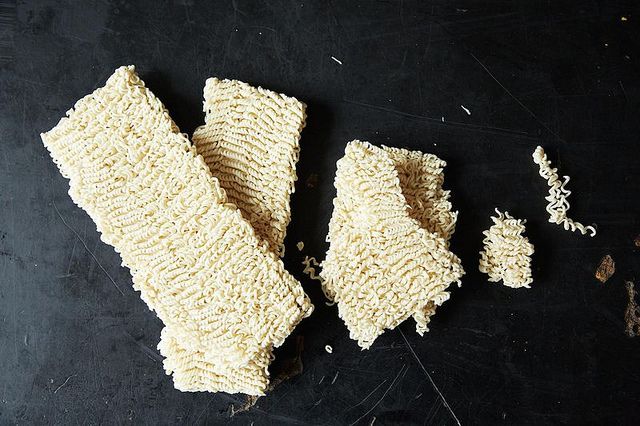 Different families have different breaking points. Ours sometimes involve the question of whether Pluto is or is not a planet. But they usually involve someone getting sick.

Before you have children, your experience of sickness is roughly: you feel lousy, you rest, you feel less lousy. You have vivid daydreams about The Price is Right and Bob Barker. After you have children, your experience of sickness—yours, theirs, whoever—is more or less that of the apocalypse. A few weeks ago I tweeted: "At point of household illness where Left Behind series is shrunk to single volume, shot as cinema verite documentary, set in your apartment."

It is true that my tweets are not fact-checked, though.

In this state, dinner is just another problem. And like so many problems, it can be solved by throwing pasta at it. 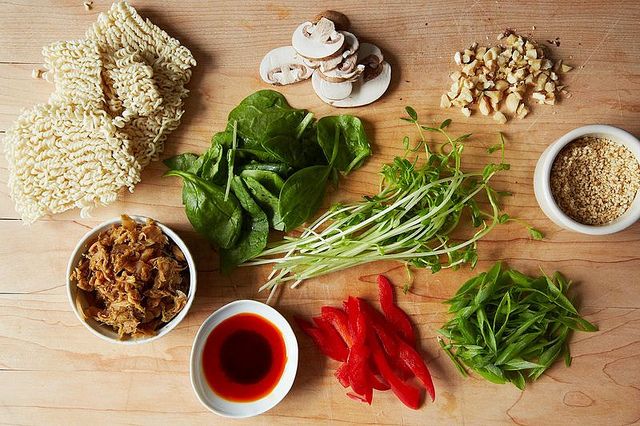 Every family has the meals that they depend on for survival -- the things you make when you can’t be bothered to think of things to make.

These are rarely the sort of things you most want to make. I may want to make fish head curry. (And for better or worse, I do: see Eat with Your Hands.) But that’s my version of not owning a minivan. It’s my version of those “I Listen to Slayer with My Daddy” onesies. Multi-part, recipe-dependent dinners involving eyeballs will not keep us afloat.

It’s a fine line: you need to be modest and practical—but not so modest and practical that you end up bored, because once you’re bored there’s no reason to go into the kitchen at all, and then you wake up one day and discover your freezer is stocked with entrees from Trader Jose’s and Trader Ming’s.

As is so often the case, Fuchsia Dunlop can help: her Chinese cookbooks are a wealth of dishes that require little work, and less time, but end up, alchemically, tasting wondrous and new. They don’t feel like settling. The recipe below is for the so-called kindling noodles from her Sichuanese cookbook, Land of Plenty. It’s a family staple, a noodle dish with an array of mix-ins, like at Herrell’s, except with sesame seeds and scallions instead of Heath Bars. Everyone at the table can customize their bowl to their highly neurotic taste. And because there’s spinach, and a few other non-Fuchsia-approved optional vegetables, it even looks like a real dinner. 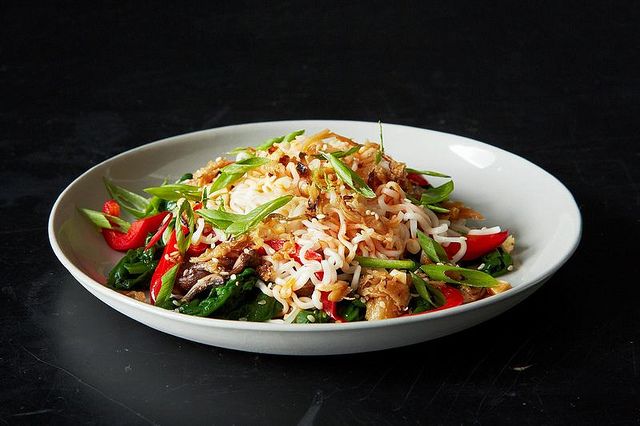 Veggielover July 7, 2013
Love it! I have four kids and we have just emerged from the survival cooking phase. They are now teens and I can cook pretty much anything and they will eat it! I am living at the grocery store though....

SweetArlene June 9, 2013
I'm trying this recipe soon! And can I say I love the title?

Fairmount_market June 7, 2013
Thanks for the inspiration. We had a wave of the bubonic plague sweep through our household, and are just getting back to normal.

laurenlocally June 6, 2013
Having had a sick baby this past week and far too much resulting take out Chinese and back of the fridge "salads" (aka random food on a plate with olive oil and cheese) I love this article. The noodles look great!