Every week, baking expert Alice Medrich will be going rogue on Food52 -- with shortcuts, hacks, and game-changing recipes.

Today: How to get your drink and dessert in at the same time (+ Alice's 7 favorite beers for the occasion). 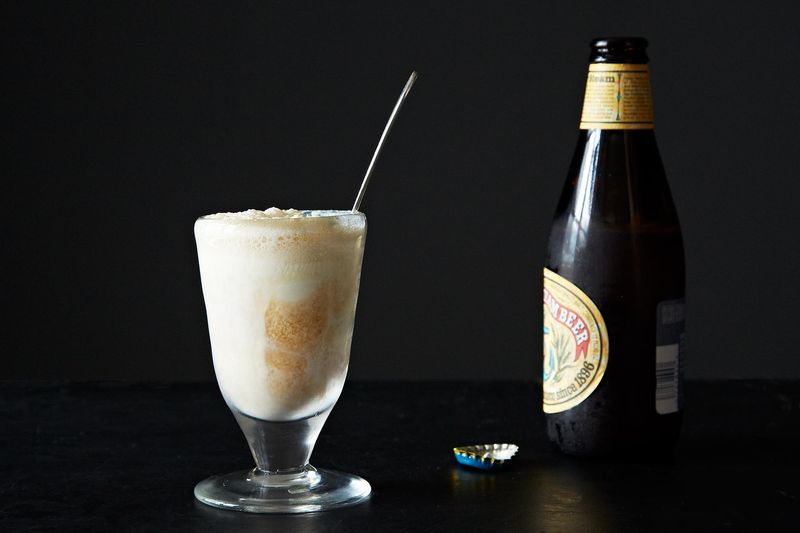 Beer floats are nothing new to craft beer drinkers and beer pub regulars, but these sensational desserts deserve a bigger stage. Some really serious beer people may frown at the idea of spoiling a good brew with ice cream, but we are dessert people here, right?

If you’ve never tried a beer float made with a great beer, you are missing a serious flavor trip and some real sensory drama, right to the bottom of the glass.

For the best experience, step away from Big Beer (or anything you drank in college). Try something special, including American craft beers, wheat beers, Belgian (especially doubles and triples), or Belgian-style beers, brown ales, etc.

One final note to fellow lovers of bitter hoppy beer (you so-called hopheads): save your IPAs for sipping -- they don’t play nicely in floats because the ice cream makes them taste even more bitter. Instead, seek out beers with rich flavors of malt, caramel, or molasses, with hints of banana and baking spices. 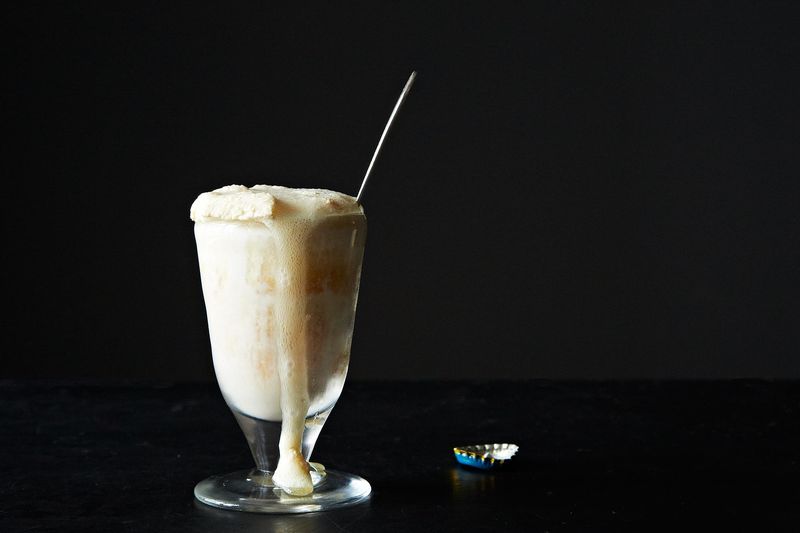 Here is a quirky list of 7 great beers that make 7 very different but sensational floats. Add a scoop of good vanilla ice cream and a soda spoon to the glass. You’ll never look back.

Alice's most recent book, Sinfully Easy Delicious Desserts, doles out delicious dessert recipes that don't take hours of prep (a lot of them don't even require turning on the oven) -- everything from lattice-free linzer to one-bowl French chocolate torte.

Don B. April 19, 2015
Interesting that the picture accompanying the article shows a bottle of Anchor Steam beer (one of my personal favorites), yet that beer is not in the list of 7 beers at the bottom of the article.

CatalunaLilith January 10, 2015
But how do I actually MAKE a beer float?

Keith W. June 10, 2014
Delicious idea Alice! Judy I'm going to have to try this with some Left Hand Milk Stout tonight! May I also suggest boozy donuts to start your morning off right? http://www.homewetbar.com/blog/boozy-homemade-donuts/ haha!

Judycake March 31, 2014
I did this with Left Hand Milk Stout and it was glorious!

rainey August 12, 2013
The first time I heard the startling suggestion to pair ice cream and beer it was with a fruity Lambic and it was wonderful.

Sten R. July 31, 2013
Seattle's Elliott Bay Brewery makes a fantastic ice cream with their Stout, and then throws caramel sauce, hot fudge, sugared hazelnuts and (of course) whipped cream. You cannot buy this ice cream anywhere - kills me. But I assume their stout with a scoop of Haagen Dazs Dark Chocolate would work pretty darn well.

Alice M. July 31, 2013
Sounds fantastic, even with vanilla ice cream. But you could make some stout ice cream yourself. It's really not difficult, if you are so inclined! There is a recipe in my book, "Pure Desert" .

Tina D. July 22, 2013
Made a float with a smoked porter and caramel ice cream. Delicious. Thanks for the inspiration Alice!

Alice M. July 22, 2013
I agree that stouts and porters make excellent floats. For these dark brews, try stirring in a spoonful of chocolate syrup and adding a shot of kahlua to the stout, and use chocolate instead of vanilla ice cream!

icharmeat August 30, 2017
I fail to see the need for adding chocolate syrup (or chocolate in any form, really) or Kahlua to a float prepared with a well-crafted stout (just as i fail to see the reason to brew a stout with coffee beans or cocoa nibs- those flavors can be derived from traditional brewing ingredients). To my mind, if you need crutches to make the float taste good to you, then the problem is likely that you aren't fond of stout beer to begin with or that the particular beer was a poor choice for a float.
Old Rasputin and "plain vanilla" ice cream. Simple, and the epitome of a beer float.

bajema July 22, 2013
Stouts are a good choice as well. Young's Double Chocolate Stout or North Coast Old Rasputin would be quite tasty.