Do I Really Have to Sift?

Every week, baking expert Alice Medrich will be going rogue on Food52 -- with shortcuts, hacks, and game-changing recipes.

Today: The when, why, and how of sifting. 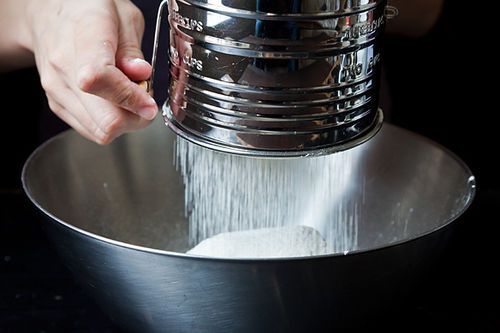 I haven't owned a sifter for decades. When I have to sift, I sift with a medium mesh strainer, which is easier to wash and takes up less space in the drawer.

Cakes can be particularly finicky and it's always worth sifting when sifting is called for. Sometimes sifting is done before measurement to obtain a particularly light measure or after measuring to fluff and aerate the flour so that it mixes more easily into batters. (The more easily the flour blends into the batter, the less mixing you have to do; this is important for batters that might deflate or toughen from excess mixing.)

It's often handy to sift onto a sheet of wax or parchment paper instead of into a bowl. If you are adding the flour in four additions, divide the flour into quarters with a scraper or metal spatula, then use the scraper to shovel up the flour and add it to the mixer. Or, add all of the flour gradually, just pick up the edges of the paper and pour the flour directly into the mixer. 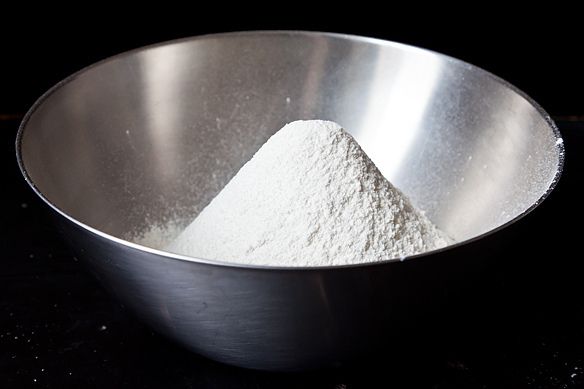 Here are the particulars about when to sift and why:

If the recipe calls for 1 cup of sifted flour, you should sift the flour before you measure*, then spoon it lightly into a cup and sweep it level, without shaking or tapping the cup. If you don't sift first, your cup of flour will be heavier than the recipe intended and so will your cake. This because a cup of sifted flour weighs less than a cup of flour lightly spooned from a canister or scooped directly out of the canister. If you want to use a scale and the recipe also gives you a weight for the sifted cup of flour, you can simply weigh the flour without first sifting it. Then sift after measuring to fluff and aerate it.

By contrast, when a recipe calls for 1 cup of flour, sifted -- measure the flour first with a cup (or a scale if weight is given) and then sift it. The purpose of sifting after is only to lighten and fluff the flour.

*You don't get a pass on sifting when the label on your flour bag indicates that the flour is “presifted”.  By the time the flour reaches your pantry it's been compressed and compacted. Sift when sifting is called for!

Alice's most recent book, Sinfully Easy Delicious Desserts, doles out delicious dessert recipes that don't take hours of prep (a lot of them don't even require turning on the oven) -- everything from lattice-free linzer to one-bowl French chocolate torte.

May November 28, 2013
Why not just weigh all dry ingredients, then sifting affecting bulk doesn't matter!

boulangere July 29, 2013
Yes, but what if one need six POUNDS of cake flour, sifted or not? Patience to convert pounds back to approximate cups, then count, then sift, is ridiculous. Instead, I scale ingredients and pour them into a drum sieve along with leavenings. and salt, then sift. Regardless, I always sift. And teach students to do the same.
Author Comment

Droplet July 29, 2013
In the winter months, when opening a new package of flour, I notice tiny globules of compacted flour when sifting (moisture bound obviously), and that is my main reason for sifting. These little beads can be unpleasant in a finer batter. My own grandmother sifts a package when she opens it, and then again before each use- but then again she has plenty of time.
Author Comment

Amanda H. July 29, 2013
Alice, my grandmother always "sifted" by sticking a whisk in her flour container and whisking the top few inches of flour, then measuring (dip-and-sweep). Do you condone this approach?