Today: Lunch doesn't have to be complicated. With a good piece of bread, you're already halfway there. 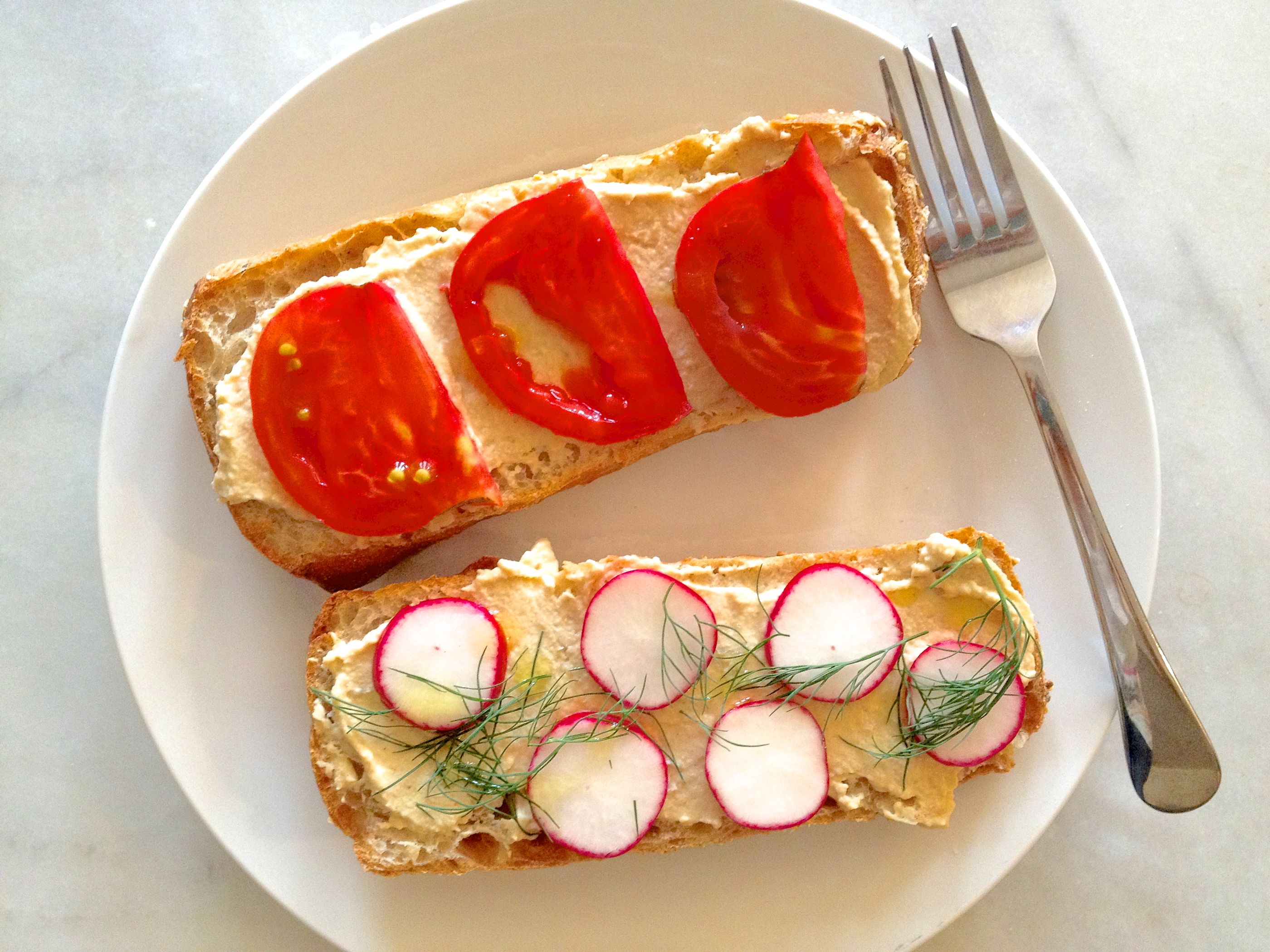 To anyone who claims that it’s hard to come up with vegan lunch ideas, this is my answer: with two slices of whole grain bread, you can almost instantly assemble a mix-and-match sandwich or tartine.

You’ll need bread of your choosing, a spread or topping (hummus and cashew cheese are my favorites, but of course avocado will work wonderfully, too), and some vegetables. I like to use odds and ends, which in this case meant half of a tomato and two radishes, along with the last of my dill. The idea here is to mix and match, so feel free to get eclectic. Sometimes I’ll do half fruit (think: cashew cheese and nectarines) and half vegetables.

This is the sort of meal one would never immediately think of as vegan, but it is -- and an easy, adaptable vegan meal at that.

What do you mix and match on your sandwiches? Let us know in the comments below!

Amanda M. August 28, 2013
Love this! It can be overwhelming sometimes, when you love to cook and enjoy fresh ingredients, to feel like everything you make has to be the most epic recipe ever. (Or is that just me?) I have been loving the simplicity of toasted bread, heirloom tomatoes, some avocado and a little bit of hummus for lunch. Another favorite? Leftovers of anything – from the filling of a burrito (sweet potato, black beans and quinoa) to ratatouille, all smashed on toast. Thank you for these simple lunch ideas!

Effie August 19, 2013
Gena,
This looks delicious. Please give a recipe for cashew cheese.