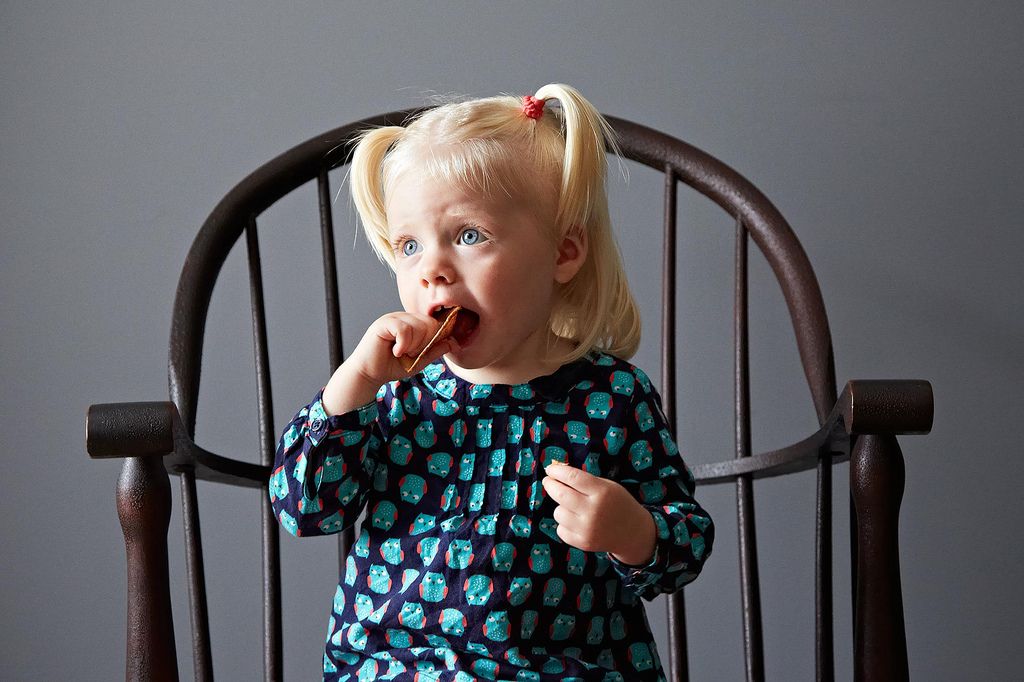 We got lucky, I'll admit it: we ended up with a kid who loves fruits and vegetables, in their natural state. When we go to the greenmarket on the weekends, Clara is happier with an entire red bell pepper (which she gnaws on like a squirrel until there's nothing but seeds and a stem left) than a bite of my apple cider doughnut. She inhales cucumber slices as if they're the last food on earth, broccoli like it's going out of style, and cherry tomatoes by the fistful -- and so far she hasn't met a fruit she doesn't like.

As un-stressful as this makes both meal and snack times (for now at least -- she's not two yet), sometimes it feels a little like cheating to just hand her a piece of fruit or a fistful of vegetables when she's hungry. (I know, perverse, right?) But the thing is I enjoy cooking for my child. So why not try and make her homemade snacks using some of the produce she loves so much? First up on my project list: apple chips. 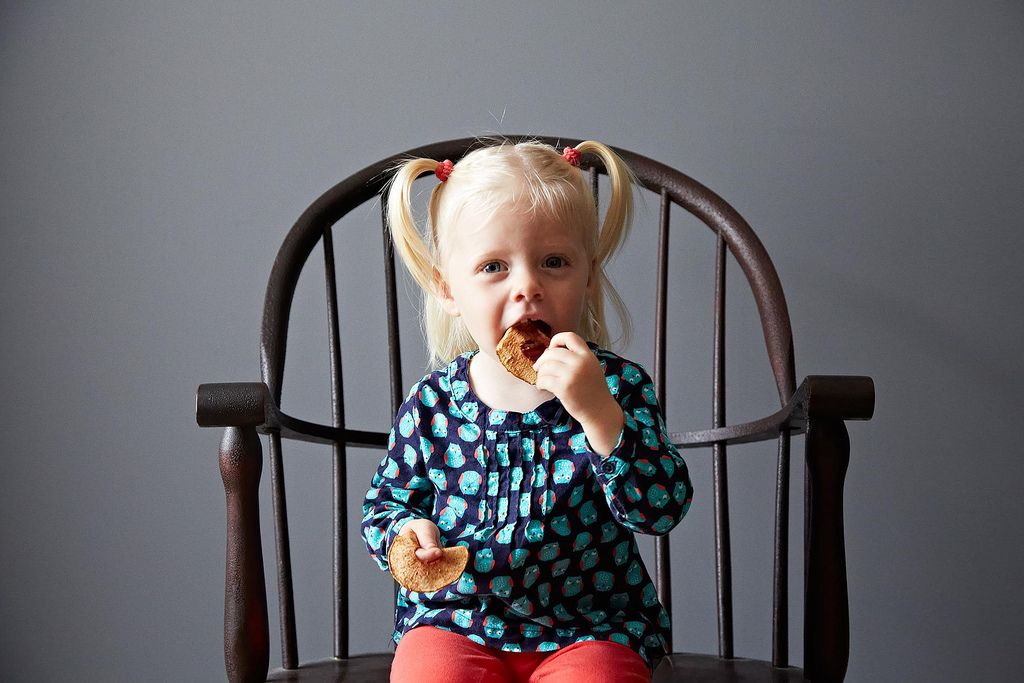 I applied Rivka's method for her contest-winning Cocoa Pear Crisps to a Jonagold apple, sprinkling the slices with the lightest flurry of cinnamon before oven-drying them. In about an hour, I had sweet, crisp chips that were the absolute essence of appliness. Clara loves crunchy things almost as much as she loves fruits and vegetables, so these get double points.

Feel free to experiment with different kinds of fruit and whatever spices you like (Rivka uses galangal, ginger and cinnamon, along with cocoa powder for her pear crisps). Just be sure you make plenty -- for "kid food," it's amazing how quickly these disappear. 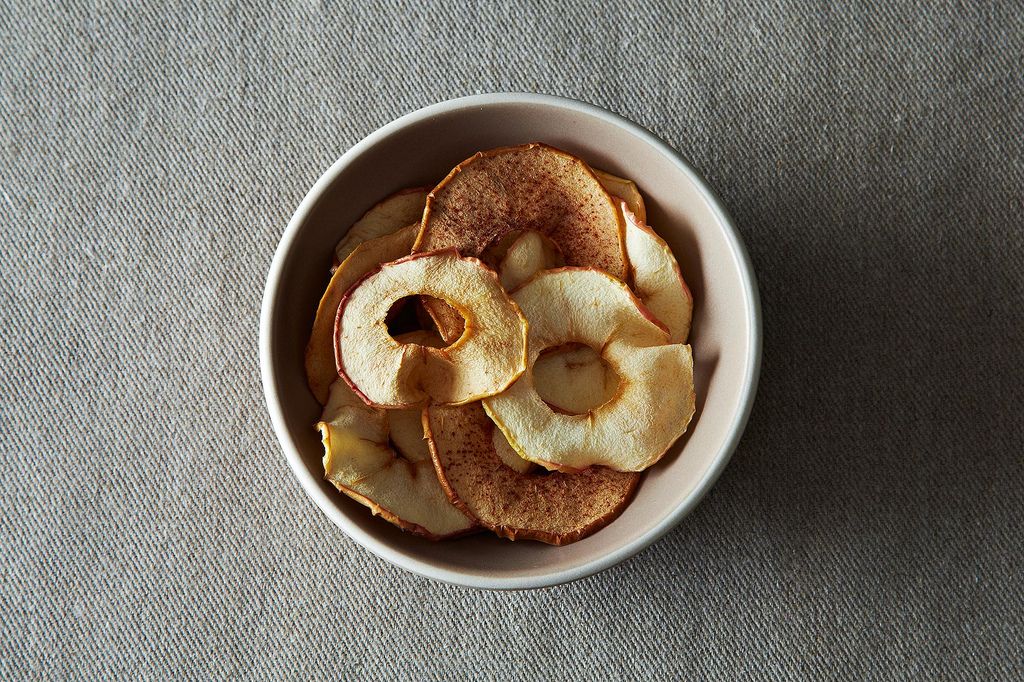 Trena H. October 29, 2013
Thank you Merrill! The apples are practically bursting out of the stalls at the farmers market and I admit I'm a bit bored with my regular apple recipes. I love crunchy sweet foods. I can't wait to try this recipe not only with apples, but other fruit.

ChefJune October 29, 2013
Well of course! Why wouldn't Clara like them? It's like crispy applesauce -- and much less messy.