Leeks: A Stalk of Humble Pie

Today: "To eat the leek" used to mean to retract something you've said, but you'll want to eat more leeks (not your words) when you discover this tear-free allium's versatility. 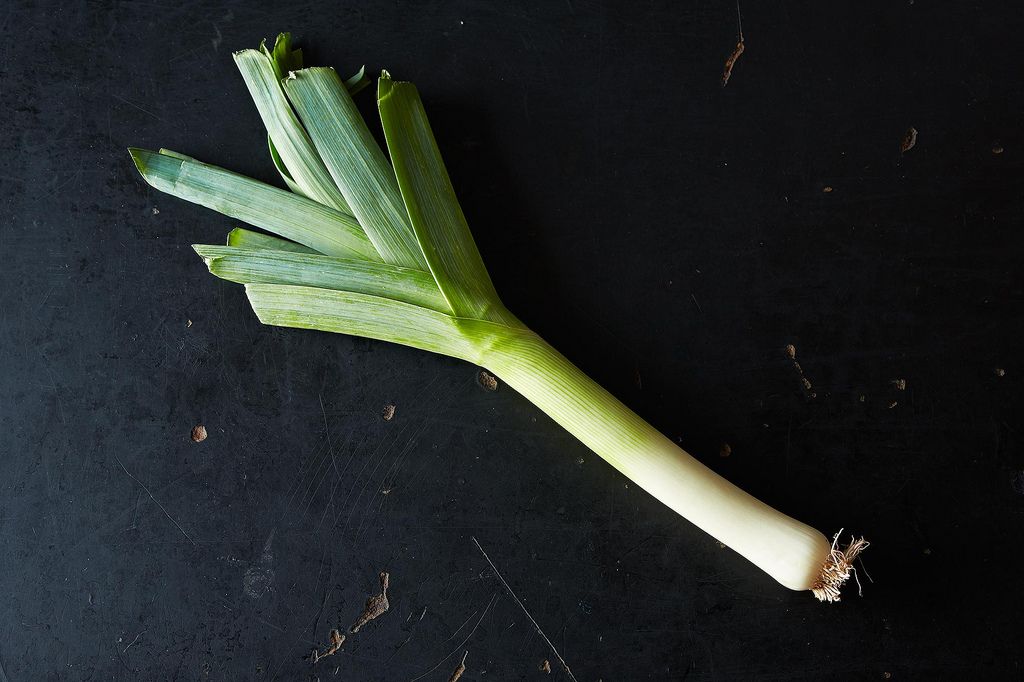 Leeks are alliums (along with onions, garlic, green garlic, shallots, and ramps -- which are wild leeks), but they have a milder flavor than some of their more potent family members. You’ll mainly use the white and light green part of a leek -- the shank (2) -- so the longer the white section, the better. Your leeks will likely still have their roots (3) attached, along with a trimmed down portion of their extensive dark green leaves (1) -- save both of those parts and use them in a soup stock.

More: Use a few leek layers to make the prettiest bouquet garni you’ve ever seen. 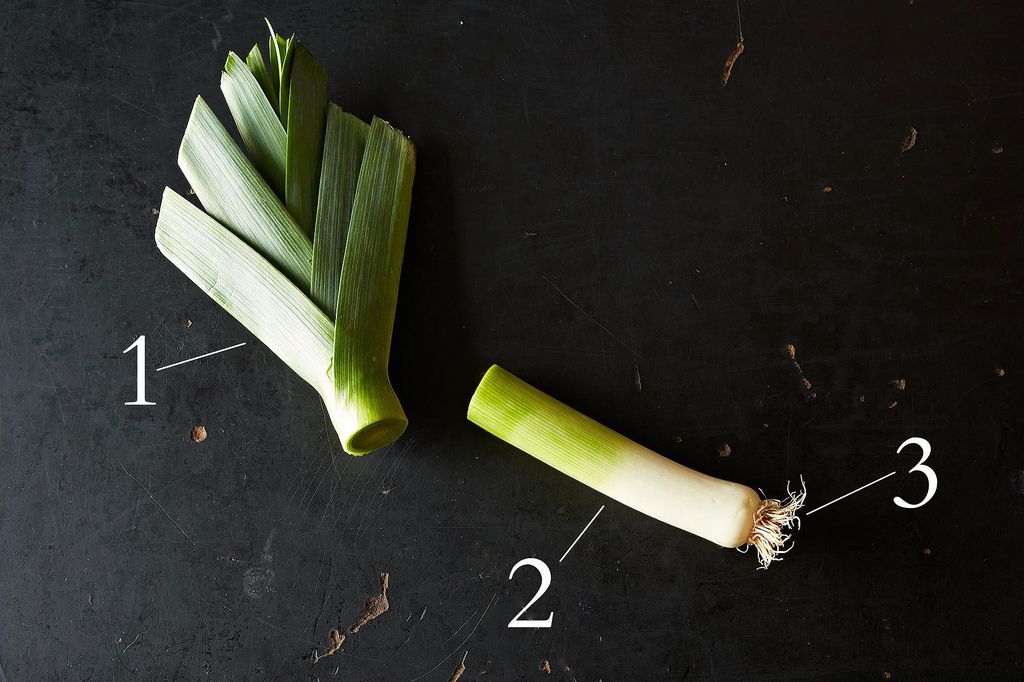 How to Select, Store, and Prep
Look for leeks with a long white section, and gently bend the pale end of a leek's stalk to make sure it has a little give. If it doesn't, Elizabeth Schneider warns that the leek likely has a woody core that won't soften even with cooking. Once you buy them, keep your leeks for up to a week in the refrigerator, wrapped in a damp paper or cloth towel, and then in plastic.

Unlike some other alliums that form a tight bulb, a leek's long cylindrical shank is packed with layers. This structure allows them to trap and hide dirt, so it’s necessary to wash them really well. Let Amanda and Merrill guide you through two ways to cut and clean leeks. 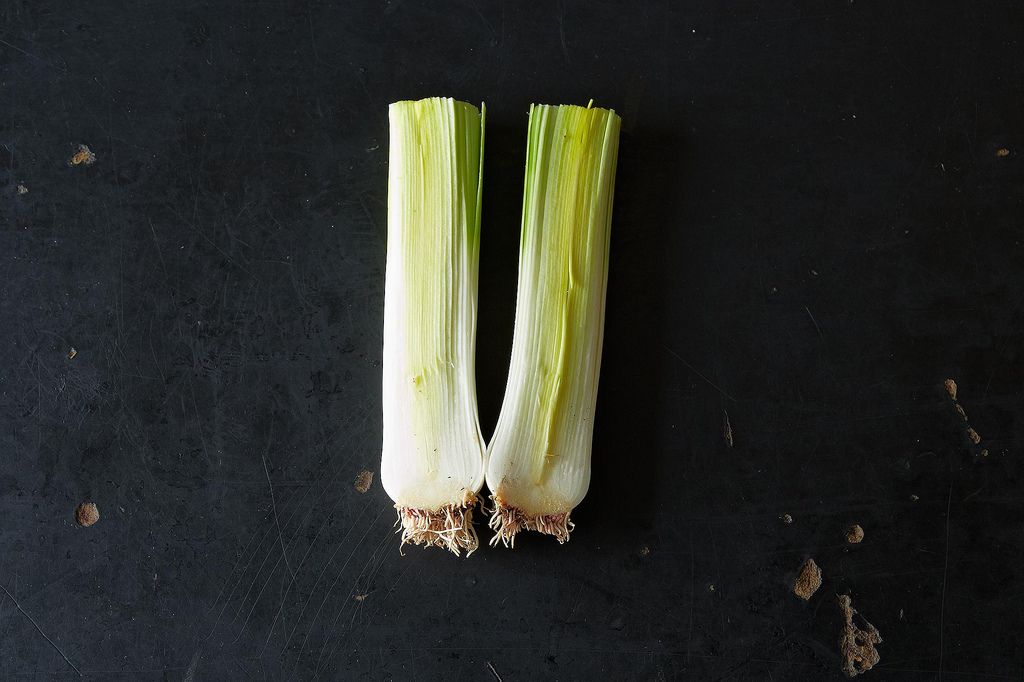 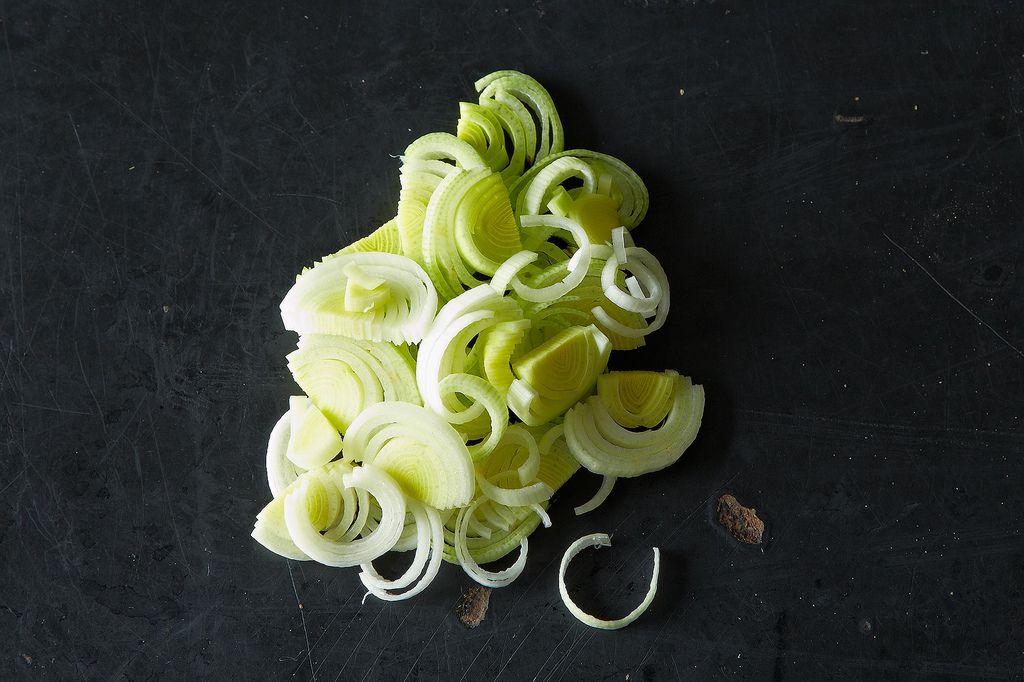 How to Use
Leeks are often neglected; little more than a seasoning afterthought, they can be buried so deeply in dishes that their flavor is lost. It’s time to take a cue from Wales -- where leeks are held in such great regard they’re a national emblem -- and revere the versatile leek. Use leeks in salads: raw, caramelized or mixed with grains. Leeks make for perfect comfort food in soups, coupled with beans, or paired with potatoes. Let them be the star of the show, in a risotto or simply braised with butter. Start your day off right with leeks and baked eggs, and then gear up for a week filled with luscious leek dishes: