Essays: Cupcake-ology, or A Love Letter to Science

We're bringing the Food52 community a little bit closer by sharing your food stories. Want to contribute? Send it to us at [email protected]

Today: Food52 Head Recipe Tester Stephanie Bourgeois sounds off on why science is cool -- and why food science is even cooler. 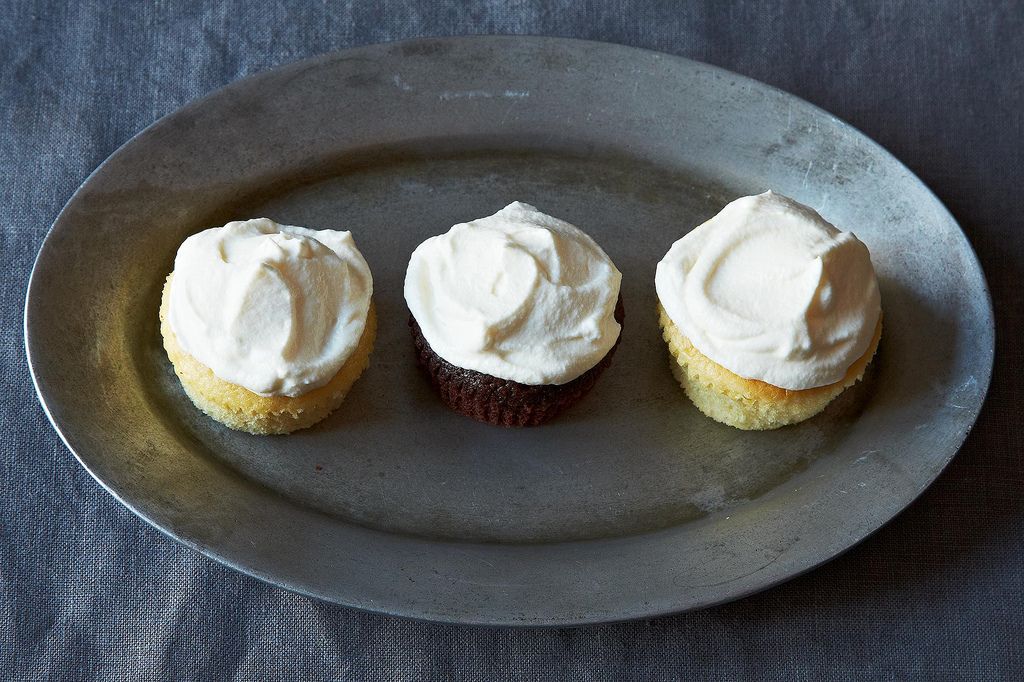 Everyone talks about memories of cooking family recipes with mom, memorable meals with their family, or culinary adventures on exotic travels. But while food can certainly be the tie that binds, there is so much more to it. For me, food has an incredible ability to express the magic of the world through science.

These days chefs can play with the flavor, texture, and temperature of food by using unconventional, science-based methods. Molecular gastronomy sounds like something that requires a PhD, but I like to think I was a forerunner in the field, paving the way for careful, scientific experimenting with my fifth grade science fair project about cupcakes.

More: Into food science miracles too? We think you'll like this chocolate mousse.

Science fairs everywhere are filled with the standard projects designed to demonstrate that hot air rises and that mixing vinegar and baking soda produces a gas. I didn’t want to do something that kids had been doing for decades. I didn’t really care about any of those projects, but, like most kids, I did care about cupcakes and cookies. My teacher suggested that I do a project about baking.

Maybe science fair projects usually didn't involve cooking, but the marriage of science and cooking is, and was, not at all strange: Cooking and baking are chemical transformations for food. 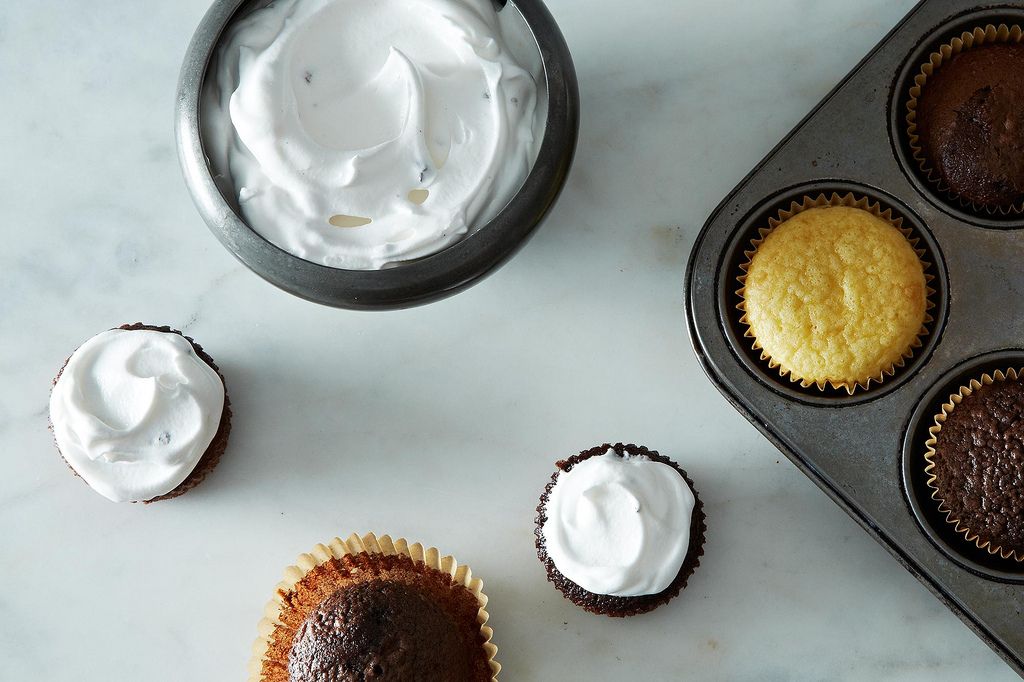 To design the experiment, I had to start with a question. I had lots of questions about cupcakes. Did chocolate and vanilla take different times to bake? Was there a difference in the taste of store-bought, cake mix, and homemade cupcakes? What happened if you didn’t follow the recipe correctly? The cake mix package said to mix for four minutes. I wondered what would happen if I mixed for only one minute. For six minutes? I had found my question: “Will variable mixing time affect the height of cupcakes?”

The research and hypothesis came next. There weren’t many books about the science of baking or even cookbooks in my elementary school library, so I  ran with my intuition: The longer the mixing time, the more air incorporated into the batter, the higher the cupcakes would be.

Of course, there were variables to consider. I had to control the ingredients, the baking temperature, and the mixing technique of the cupcakes. Essentially I had to follow a recipe. Suddenly, the simplicity and beauty of a well-designed experiment was clear: Controlling variables meant that you could get the same results every time, just like with a recipe. And if you changed one thing, you knew that any differences in your end results could be attributed to that one thing. You could mess around with whatever you wanted -- and discover amazing things.

More: Crazy about cupcakes? So are we.

I did my experiment in the teacher’s lounge -- the one place in the school with an oven. It was terrifying. I could feel teachers staring at me as I mixed my chocolate cake mixes, carefully timing myself with a stopwatch. Perhaps they thought I had lost my mind; perhaps they were just attracted by the aroma of cupcakes baking. 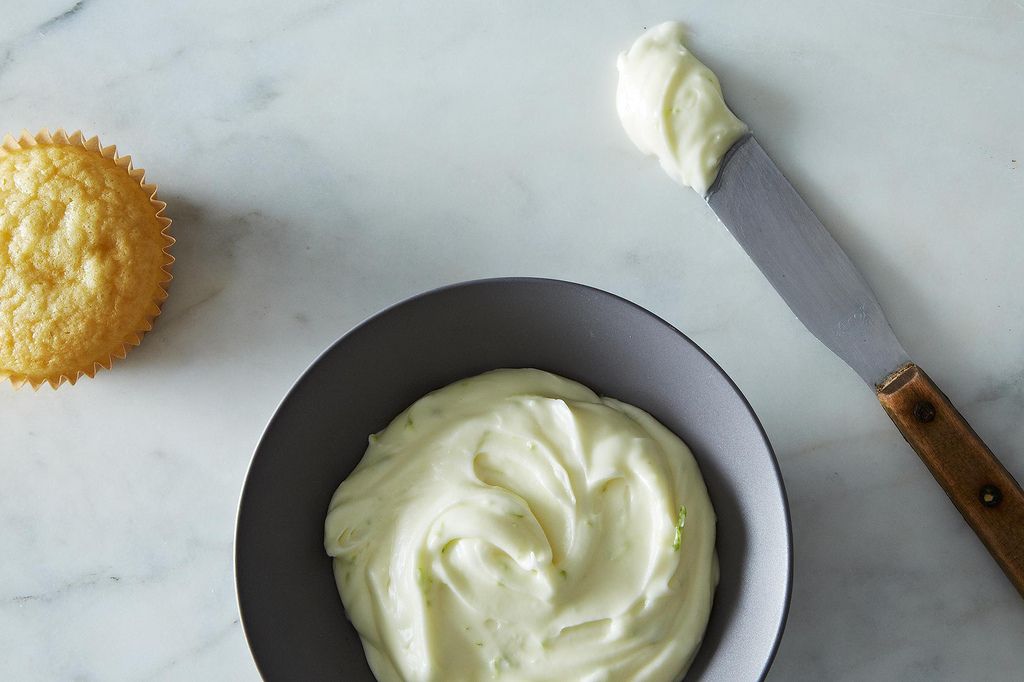 I went through my carefully-designed procedure, taking fastidious notes and observations as I baked trial after trial of cupcakes. I meticulously measured the height by inserting a wooden skewer straight through to the bottom of the cupcake, marking the top of the skewer, pulling it out, and measuring the length from bottom of skewer to the mark with a ruler. I used the same ruler every time. The teachers and I loosened up after we started to eat the results.

Once I had all my data, I compiled the results and did calculations of average height across different mixing times. The results were conclusive: The longer mixing times resulted in cupcakes with greater height.

Naturally, I made a giant, fold-out poster board with a decorative cupcake border for the results. It had lots of photos of cupcakes cut open and laying next to a ruler. I made colorful graphs of mixing time versus height.

Putting science in the kitchen taught me that really, it's all about adventure and discovery. Experiments are just playing with things so that you can figure them out -- just like cooking. It’s like trying a new recipe, or throwing a bit of this and a bit of that together to see what you get. Science makes the controls and measurement more explicit, but chefs do the same thing with their recipes. As I came to learn, kitchens are really just laboratories with more delicious results.

I grew up loving food and cooking in Alberta, Canada. After completing a degree in psychology at McGill University in 2007, I followed my love of food to New York City and enrolled in pastry school. I also completed a masters degree at NYU. I worked for several magazines including, Food Arts, Wine Access, Up!, Food & Wine and Canadian Living. Now, in addition to testing recipes for Food52, I test recipes for the James Beard Foundation. I've been teaching classes at George Brown College since 2013. For more about me, check out the Team page.

foods I want to try

drbabs January 17, 2014
Stephanie, I missed this in November, but my daughter did a similar experiment in high school where she varied a chocolate cake recipe to use applesauce as a substitute for oil in different proportions (it was the days of low fat baked goods), and then did taste tests with her peers. Very cool.
Author Comment

Stephanie B. January 18, 2014
Hooray for science and experiments! Plus with the added angle of practical aspects like exploring making tasty and healthy recipes.

laurenlocally November 15, 2013
This is so great, Stephanie!

Brette W. November 15, 2013
My 7th grade science fair project was: How Much Cream is Inside a Twinkie? My teacher thought I was crazy.

Emily November 15, 2013
What a fun, perfect science experiment! (Also, a great baking tip.) Thanks for sharing this fun story!