Today: From Puglia, two dinners in one -- stuffed mussels with Pecorino, and the sauce that they're cooked in. 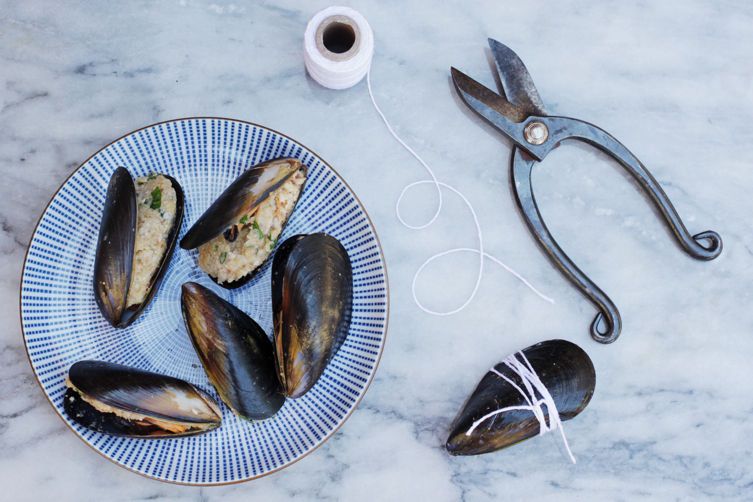 With a few humble ingredients and a little bit of extra preparation, you can have a hearty and beautiful meal that can cover both first and second courses. With cozze ripiene, the mussels are steamed open, and the liquid is reserved to add to a rich tomato sauce. The opened mussels are stuffed with breadcrumbs and Pecorino cheese, closed with kitchen string and cooked in the tomato sauce. Sandwiched in their shells with the breadcrumb mixture, the mussels can be served separately, while the tomato sauce -- infused with the flavor of the mussels -- is served with pasta as the first course, or perhaps even the next day.

This dish comes from the southernmost tip of Italy's peninsula in Puglia. It's famous port city, Taranto, is known as the city of two seas -- as it's home to “The Great Sea” and “The Little Sea,” the latter of which is almost lagoon-like. Both have freshwater springs called citri, which create low saline conditions, perfect for growing and harvesting mussels. Unsurprisingly, the Pugliesi have been cultivating mussels since about 1000 AD, and it's been the major economic industry of the port city for centuries. 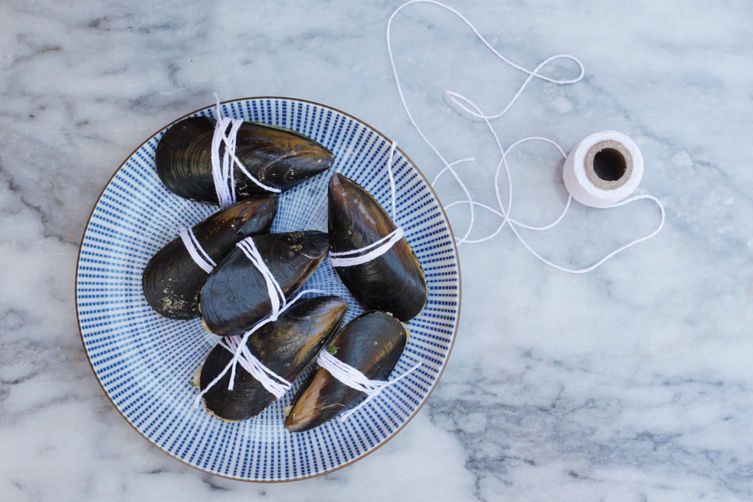 Taranto's cozze are small and sweet and so good they're often eaten raw, opened on the half shell like oysters. They feature largely in Puglia's cuisine, prepared in a myriad of ways -- opened in a simple tomato, garlic, and parsley sauce; baked in a tiella with rice, slices of potato, tomato and cheese; or in a gratin.

This is a unique way to prepare mussels -- and although it requires a little more work, it's a pretty, versatile, and tasty dish. (You can, of course, also eat this as one meal: just the mussels, mopped up in their tomato sauce.) Be prepared to eat with your fingers, as you have to cut the string (a sharp knife at the table is handy for this), then pry the shells back open -- but the treasure inside is worth it. If you prefer, you can also open them up before serving them. Otherwise, keep a finger-dipping bowl nearby.

By the way -- the rule of no-cheese-with-seafood that is rigidly applied throughout most of the country is broken in Puglia. Pecorino and shellfish go hand in hand in many dishes here. 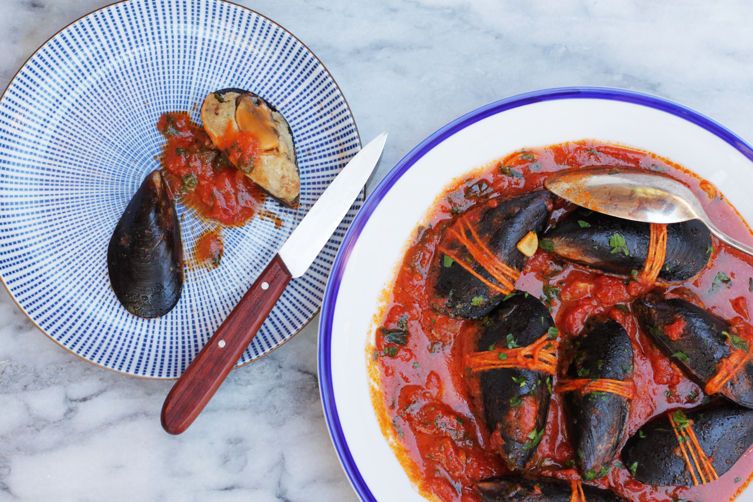