Today: Whip up a batch of cashew cheese -- and then spread it on your pizza, pasta, and toast all season long. 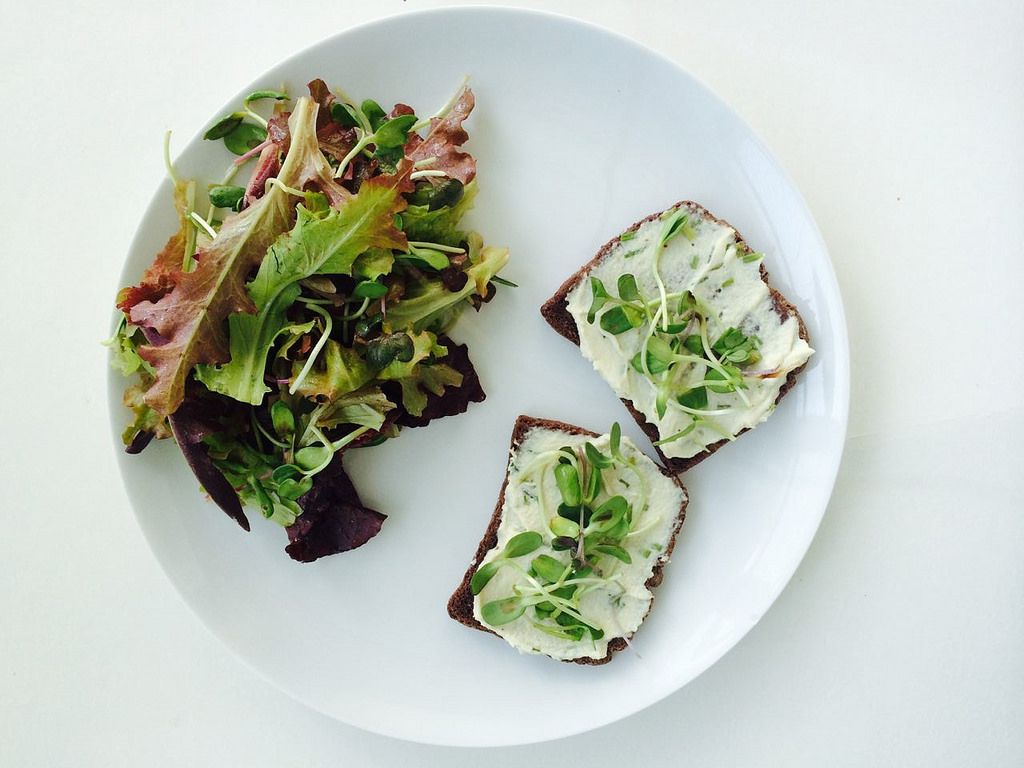 Typically, when I make a vegan tartine, I use a base of hummus or avocado: they’re easy, they’re tasty, and they’re versatile. But cashew cheese -- a magical ingredient in vegan cooking -- is also a delightful base, and it I think it evokes some of the authenticity of French tartines with herbed cheese and vegetables.

Cashew cheese sounds scary, but if you can make hummus, then you can make cashew cheese, too. You just soak a cup of cashews for a few hours, then drain them and add them to a food processor along with a pinch of salt, a generous squeeze of lemon, and some nutritional yeast if you like. Pulse the everything to break down the cashews, and then, with the food processor running, drizzle in some water.

The texture you’re aiming for is a little softer than that of cream cheese, but a bit thicker than hummus; you’ll need to stop the processor a few times to scrape the bowl down as you go. Once you have a perfect texture, stop and pulse in any herbs you like (parsley and basil are great, but chives are my personal favorite).

I put cashew cheese in salads, on pizza, in pasta, and even on top of whole grains. But spread on top of two hearty slices of dark, crispy bread, and topped with fresh sprouts, cashew cheese turns this vegan lunch into spring on a plate.

Emily June 6, 2014
Sounds delicious! How long does it last in the fridge?

Julie May 22, 2014
This sounds & looks delicious! Do you use raw, unsalted cashews or can you use regular salted ones? Thank you!