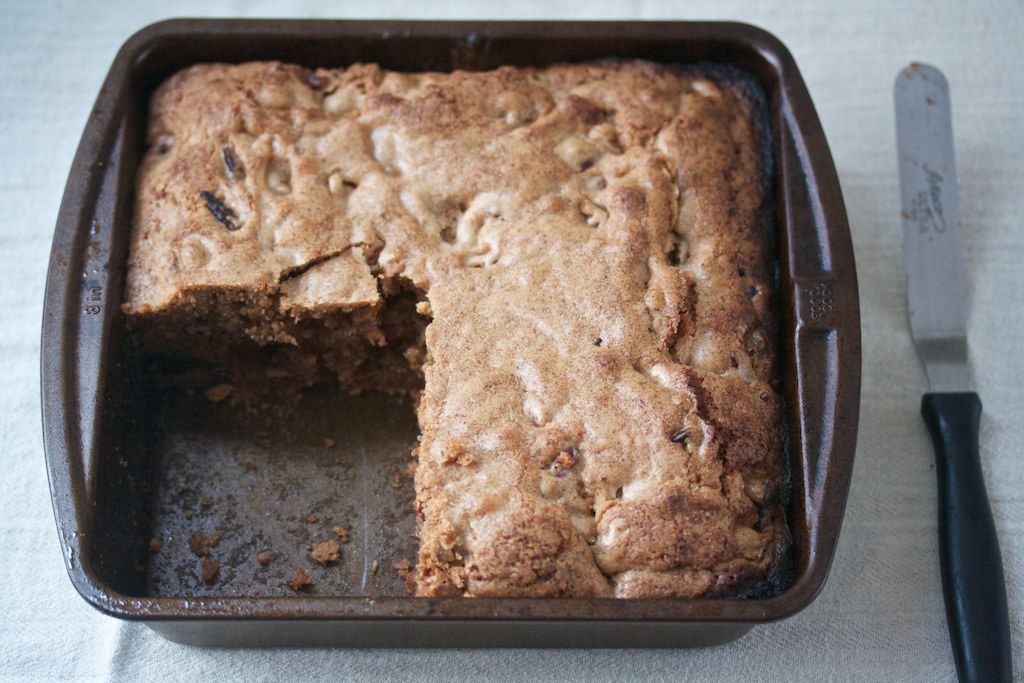 The oil cake is a Jewish-American institution. I never thought I’d say this, but the oil cake has made me ask: who needs butter?

My grandma, of Russian-Jewish heritage, grew up in Brooklyn and raised my dad and uncles not too far away. During those years, Grandma Esther cooked all the traditional foods for the traditional occasions, and she cooked them with zeal and success (so I hear). Cholent, gefilte fish, and chicken soup (followed by chicken fritz), of course. By the time I was old enough to not be a picky eater, she didn’t do quite as much cooking, but she remembered it all. She'd tell me about her cooking, which turns out to be almost as good as tasting her cholent, gefilte fish, chicken soup—and oil cakes. 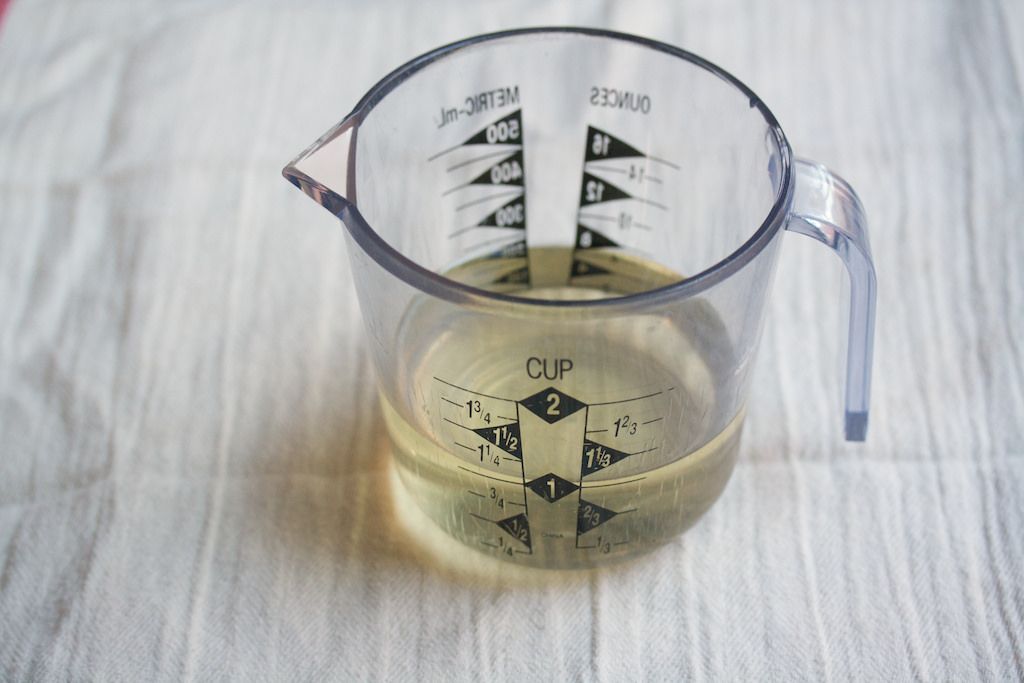 When Grandma Esther sends me cards in the mail, she includes hand-written recipes on folded sheets of paper tucked inside. In doing so, she taught me pretty much everything I know about dairy-free baking. Once, a few years ago, the recipe was for her plum and walnut cake. I noticed quickly the simplicity of the recipe -- you could make it right in the pan, if you wanted to. I also noted the vast amount of oil, a whole cup in a mere 9-by-9-inch cake. I had a strong desire to modify the recipe with yogurt or applesauce or anything to reduce the oil, but I shook that off -- and good thing I did. This cake, which works beautifully with any fruit and nut, including the apricot and pecan combination you see today, is good because of the oil. If you like a moist crumb and melt-in-your-mouth texture, you won’t cut a teaspoon. 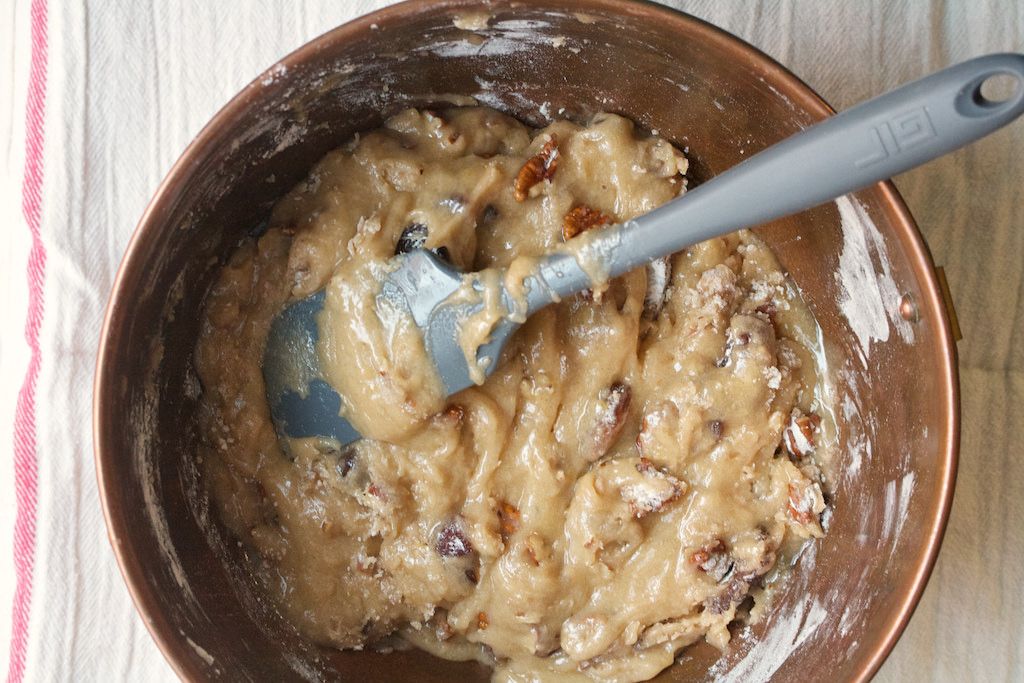 But of course Grandma Esther knows this. She’s the master of the oil cake herself. She taught my dad and uncles how to be kosher and resourceful in Queens in the 1950s and 60s, and so if anyone would understand how to turn pantry ingredients like oil, eggs, nuts, dried apricots, and cinnamon into a perfectly balanced, fruit-filled, dairy-free cake, then it would have to be her. 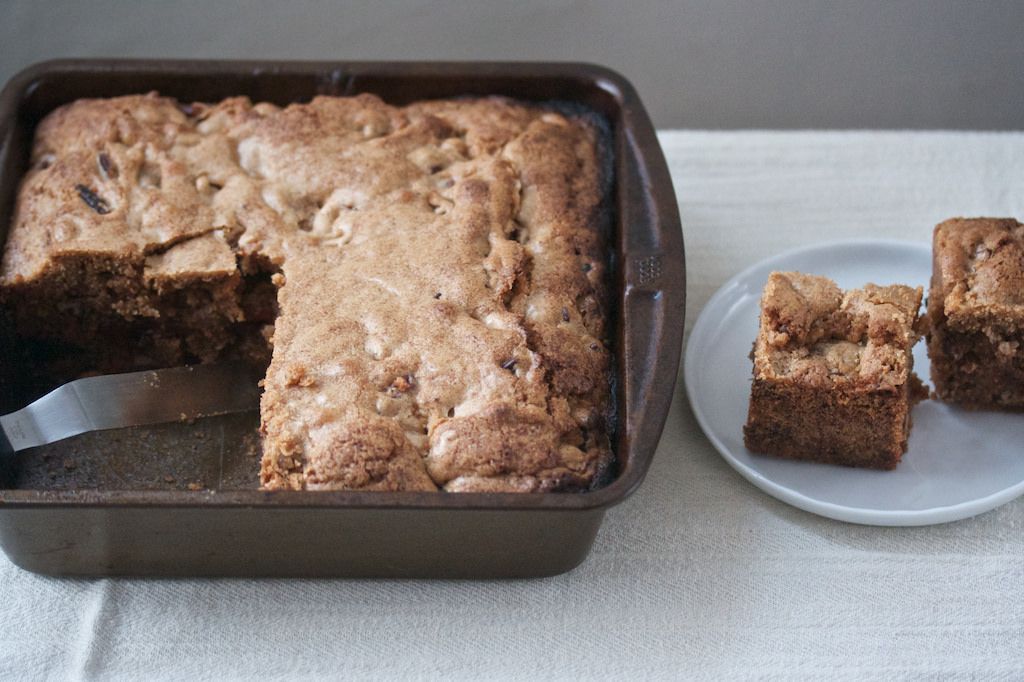 Nicola M. June 3, 2014
Love this as it is reminiscent of the fruited cake my own grandmother made (and taught me) even though the methods are very dissimilar. In England, the Be Ro baking book- a slim volume of classic cakes and other bakes has an iconic status with each generation revering its own incarnation. Being a child of the 60's, ours featured luridly coloured cakes on a plain white background- Battenburgs, Victoria Sponges and Fondant Fancies, all play doh bright in the manner of the Stones' 'Beggars Banquet' album cover, complete with famous cake made by Delia Smith (another culinary icon).

Annie S. June 2, 2014
Thank you for this family recipe. I will make it tomorrow. Heirloom recipes are treasures. Thanks for trusting us with your family cooking gems. (My Irish Grandmothers could not cook very well).