Today: How to get a light, frothy summer cocktail without egg white, or heavy cream, or shaking forever. The answer is -- not so obviously -- Greek yogurt. 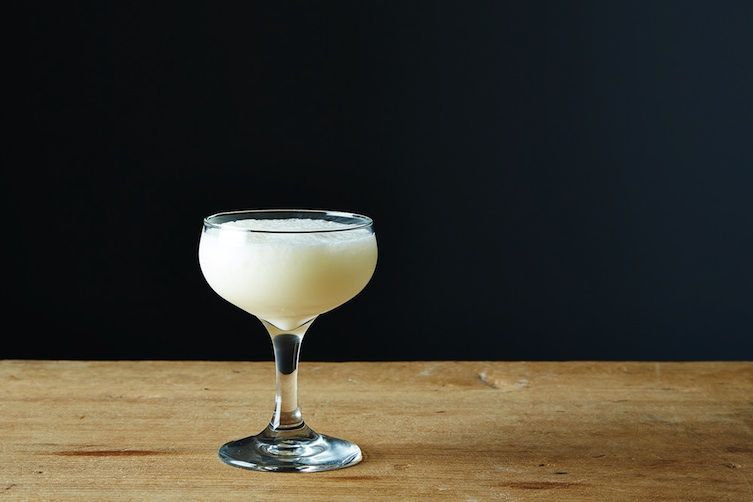 It's a good thing you have a tub of Greek yogurt in your fridge right now, because it's going to rock your summer cocktails.

Feeling a little funny about that? You're not alone. When I asked Jeff Morgenthaler, who was visiting our office last week and knows good drinks, how he felt about a yogurt cocktail, his first response was: "Ew." But as soon as I told him the other ingredients, he was on board. 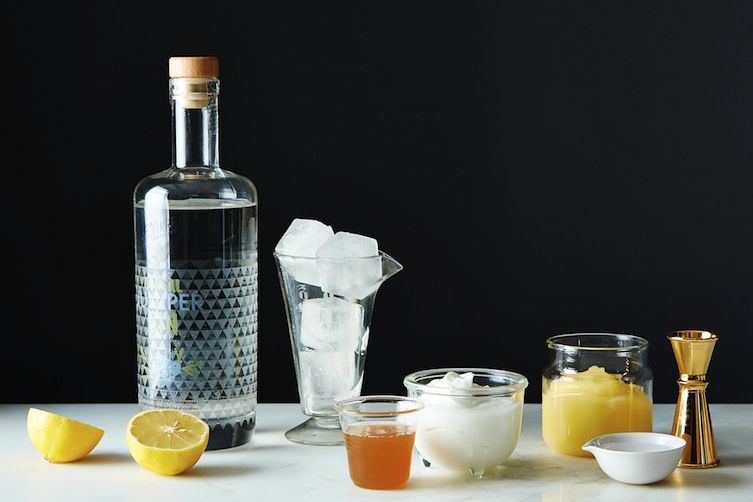 Why does the idea rattle us? Is it because we think of yogurt as a weekday breakfast food, and cocktails as something that should never happen at weekday breakfast, unless there's a problem?

We're already using Greek yogurt everywhere else, and now it's time to get behind trendy bartenders on this one. It's a lazy, arguably healthy, and -- most importantly -- delicious way to get frothy and creamy cocktails, without making them heavy. Think of it like your subtler, classier new piña colada. For your first yogurtini (just kidding -- don't call it that), try this one from Joaquín Simó, the award-winning bartender who was serving these fizzy little numbers at the Lucky Peach James Beard Awards after-party at Má Pêche -- at which I was not drowning my sorrows after losing to Adam Sachs and which everyone totally remembers in sharp detail. 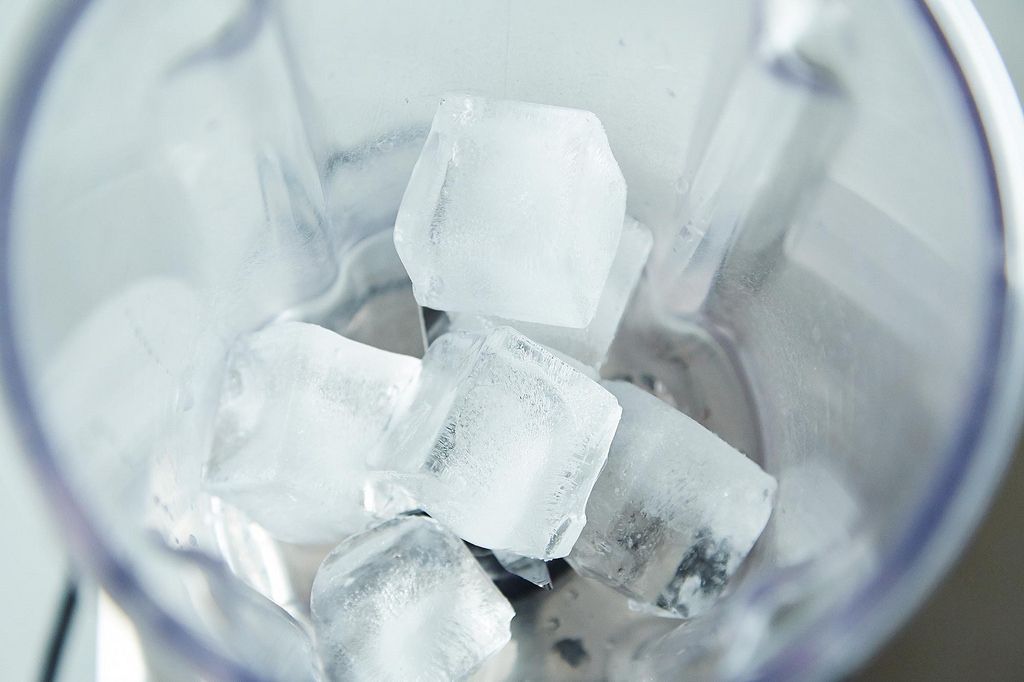 After the party, I tracked down Simó to find out what was in the drink, and, as he explained how he got there, it made a lot of sense. His inspiration was the Ramos Gin Fizz, which traditionally involves both cream and egg whites, shaken till very frothy.

"The Ramos (long a hated weekend night order at cocktail bars due to its requisite long shaking) perfectly achieves an airy, creamy texture that allows the gin and citrus to shine," he explained. "It's like drinking a boozy meringue." 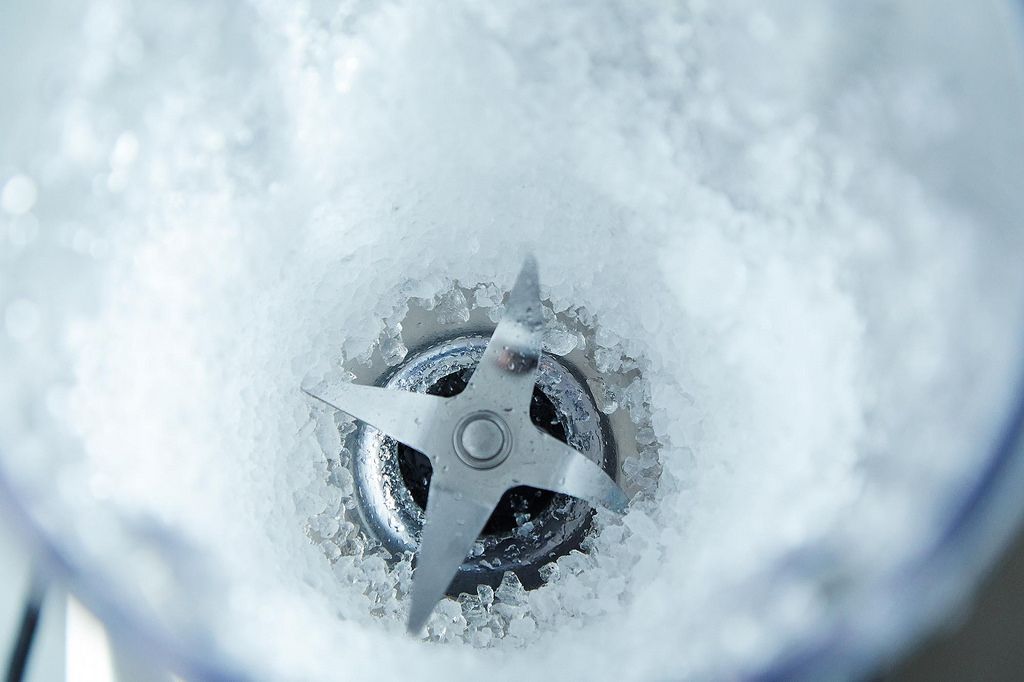 More: For every kind of ice (and iced drink), you'll want to see this collection on Provisions.

Here, he took the gin and lemon juice and added Greek yogurt for tang, body, and creaminess (without adding sweetness). Then he softened it with orgeat (an almond syrup common in tiki drinks like Mai Tais), lemon curd, and a few drops of rosewater. It sounds like the drink could veer off into Phrostie territory, but it won't. 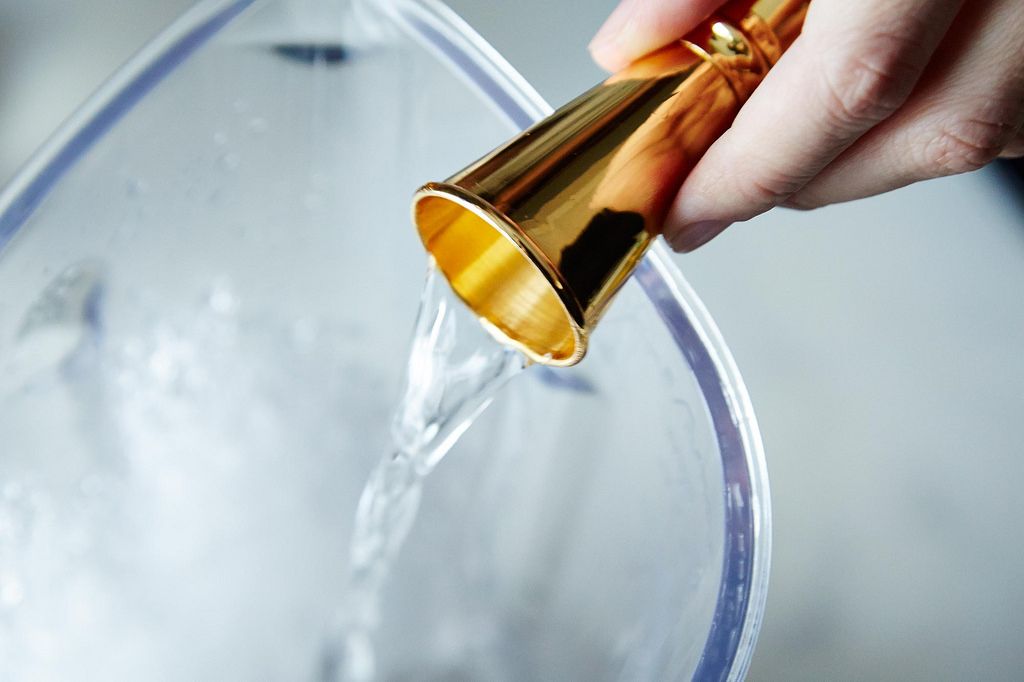 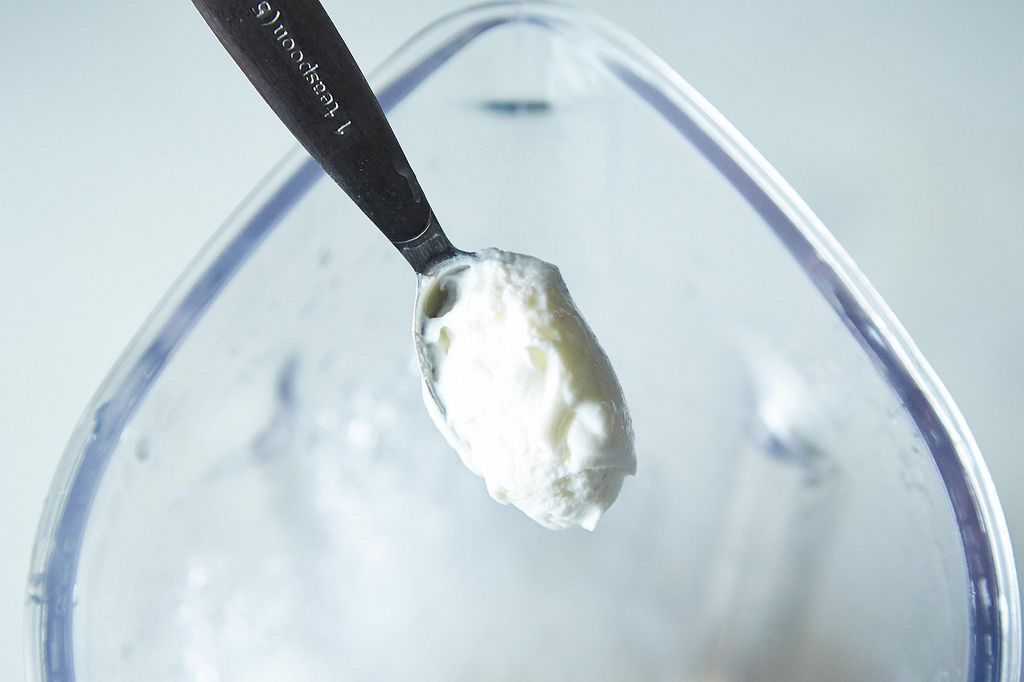 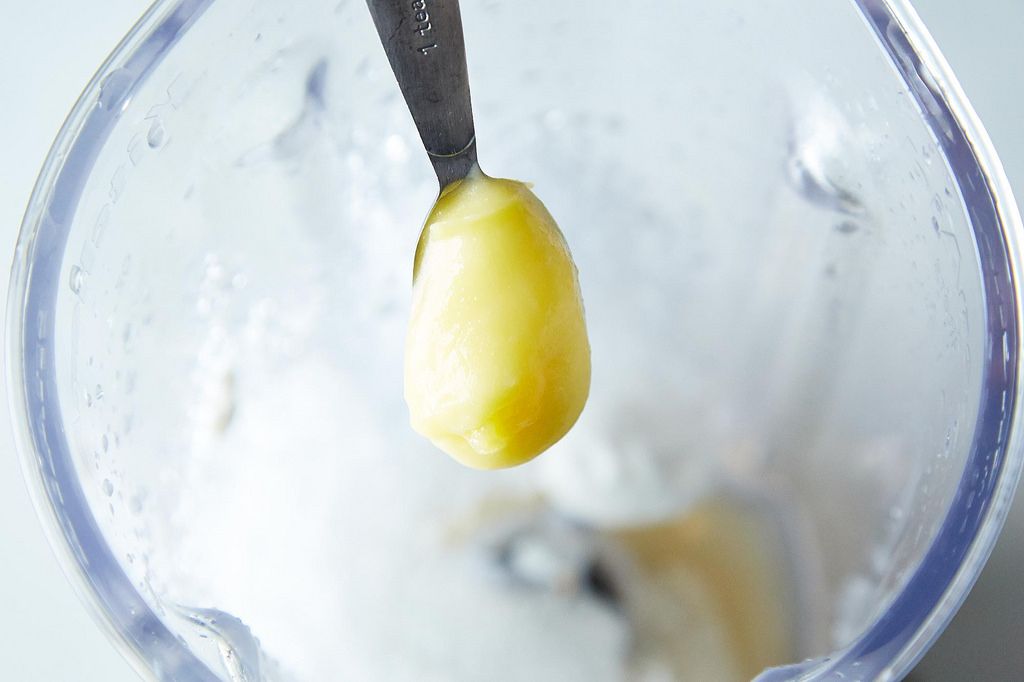 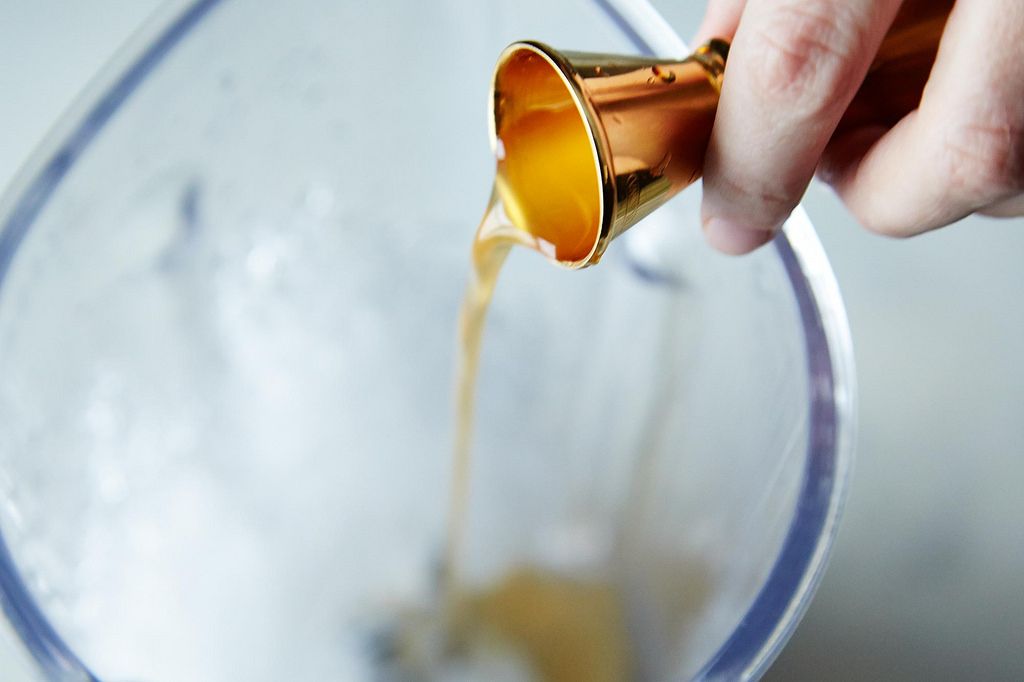 The sweet ingredients come in restrained doses, and they're grounded by botanicals and gentle acid, and, importantly, well-distributed ice shavings.

After crushing your own in the blender, "You'll end up with some very fine snow as well as some small- and medium-sized bits," says Simó. "The bigger bits will give you some texture and the fine shavings melt immediately (giving you both dilution and coldness)." Just like a smoothie!

Alternately, you could shake vigorously and double strain, which will make serving up your smart new summer cocktail all the flashier. 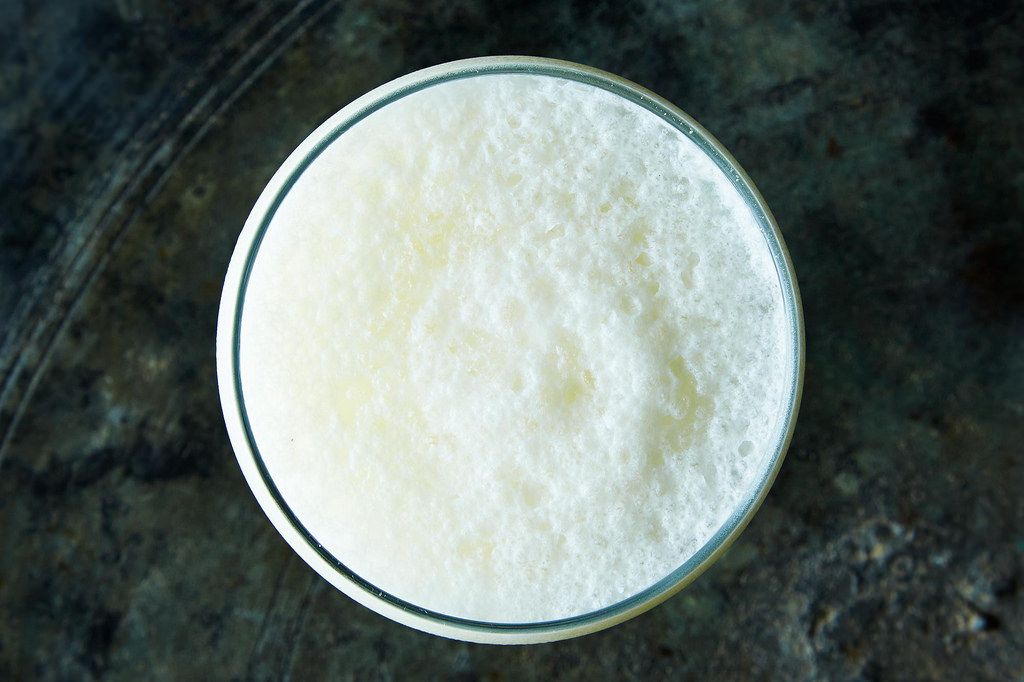 Joaquín Simó photo by Food GPS; all other photos by James Ransom

Lina C. July 3, 2014
Sounds delicious! Greek yogurt in everything! Is there something I could make or maybe buy to replace the orgeat (nut allergy)?

sarabclever July 2, 2014
I love that you posted this. I just had a yogurt cocktail at Sarma here in Boston and it was amazing. Raki, chartreuse, and yogurt. I love yogurt, but was still skeptical. Ended up having two! I figured I'd never see a recipe that was even in the ballpark, so thanks!

Allison July 2, 2014
Isn't Sarma so good?? The next time I go, I'll have to try their yogurt cocktail. Thanks for the tip!