Escape on a Budget with a Tiki Party

Cooking on the cheap shouldn't mean minute rice and buttered pasta every night. With a little creativity and a little planning, Gabriella Paiella shows us how to make the most of a tight budget -- without sacrificing flavor or variety. 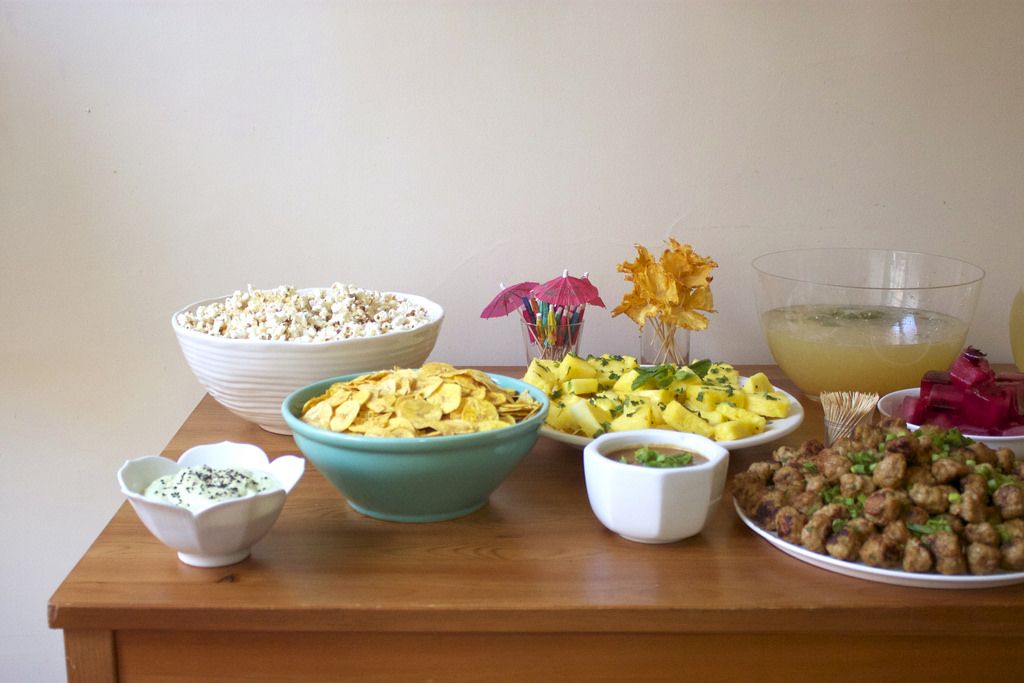 Anna and I have taken you back to school, taught you how to throw a broke Friendsgiving, and made hundreds of dumplings in the middle of a Polar Vortex.

But summer is a different ball game when you're throwing a party on a budget. Everyone tends to be in a good mood -- meaning you should expect a bigger turnout since nobody's flaking out due to inclement weather or holidays at home. On the flip side, they're more likely to bring booze and the fare tends to be lighter and easier to prepare.

We decided to go with a tiki theme because it was both seasonal and satisfyingly kitschy. The inherent challenge was trying to pull off something that prides itself on being over-the-top when you only have so much cash to spend.

There were no tiki torches because, well, we live in New York apartments, and no coconut bra because Anna refused to make me one despite my desperate pleading. But she did class up the place with five gorgeous DIY projects from Dried Pineapple Flowers to Hibiscus Ice Cubes.

Our menu was simple, light summer that would satisfy meat-eating and vegetarian guests alike. 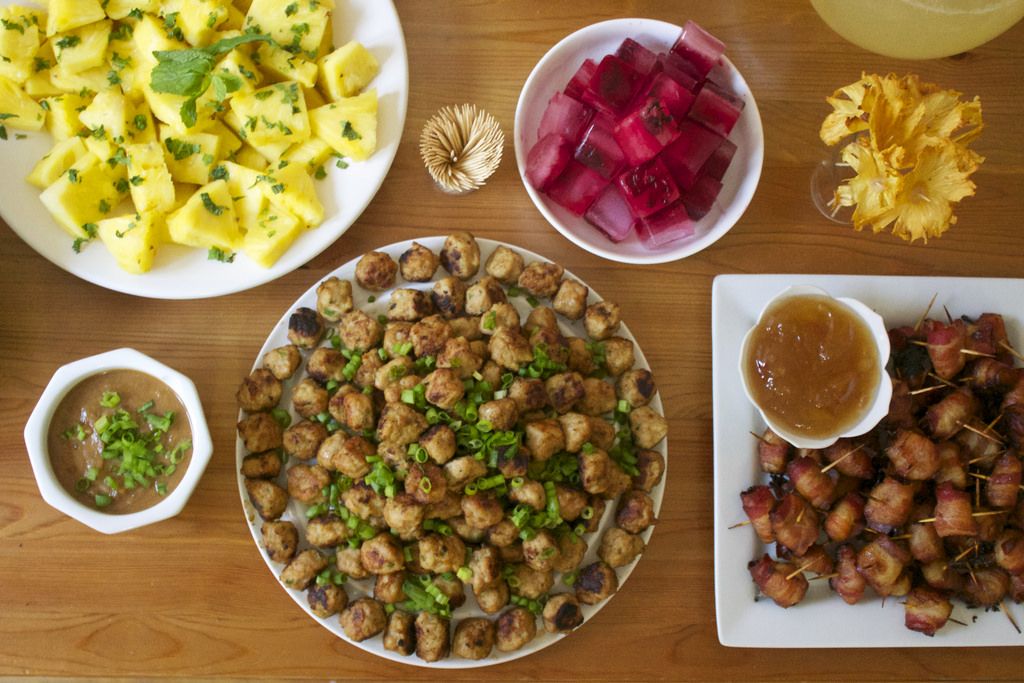 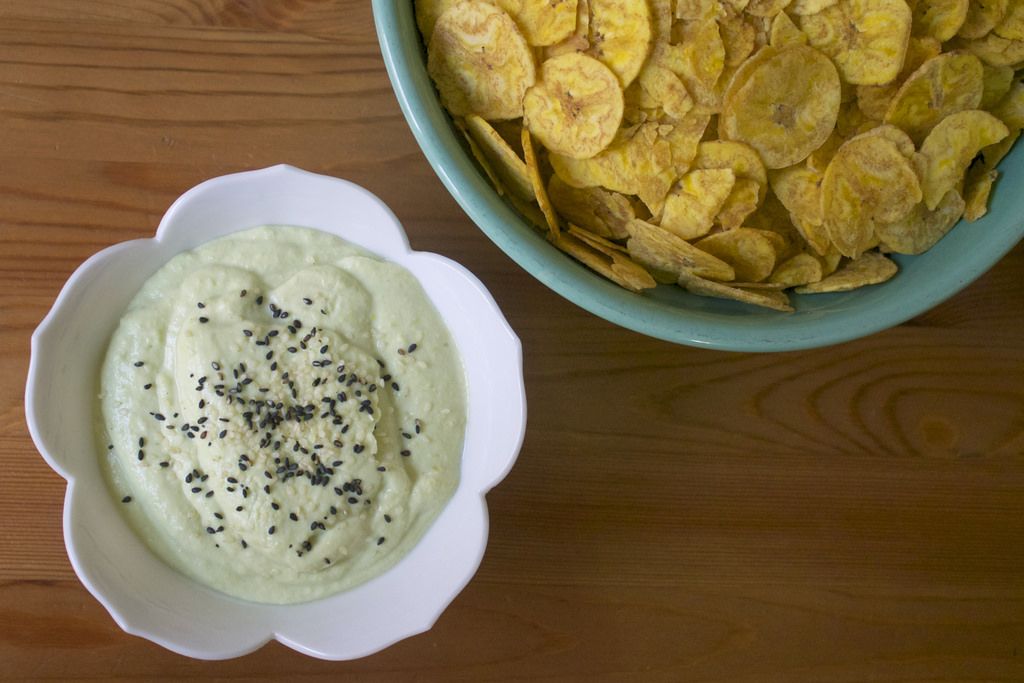 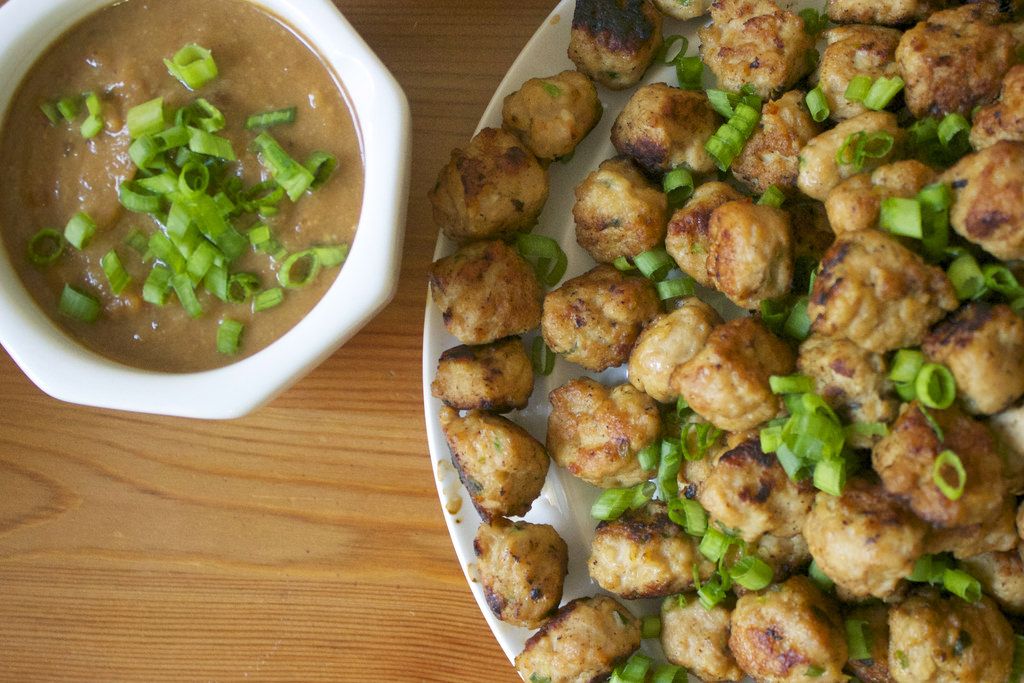 The meatballs were prepared a few days ahead of time and frozen, while the peanut satay sauce and bacon-wrapped water chestnuts were assembled and refrigerated the morning of. Anna pulled together the popcorn while I whipped up the wasabi spread and diced the pineapple. Right before the guests started to arrive, we cooked both meat dishes and decorated and made a big batch of mai tais (not shaken), as well as another improvised drink that combined pisco, lime juice, pineapple gum syrup from Provisions, and seltzer.

Our guests arrived, festively dressed and with beer in tow, and it was about as tropical as you can get with $150 in Brooklyn. True tiki escapsim, achieved. 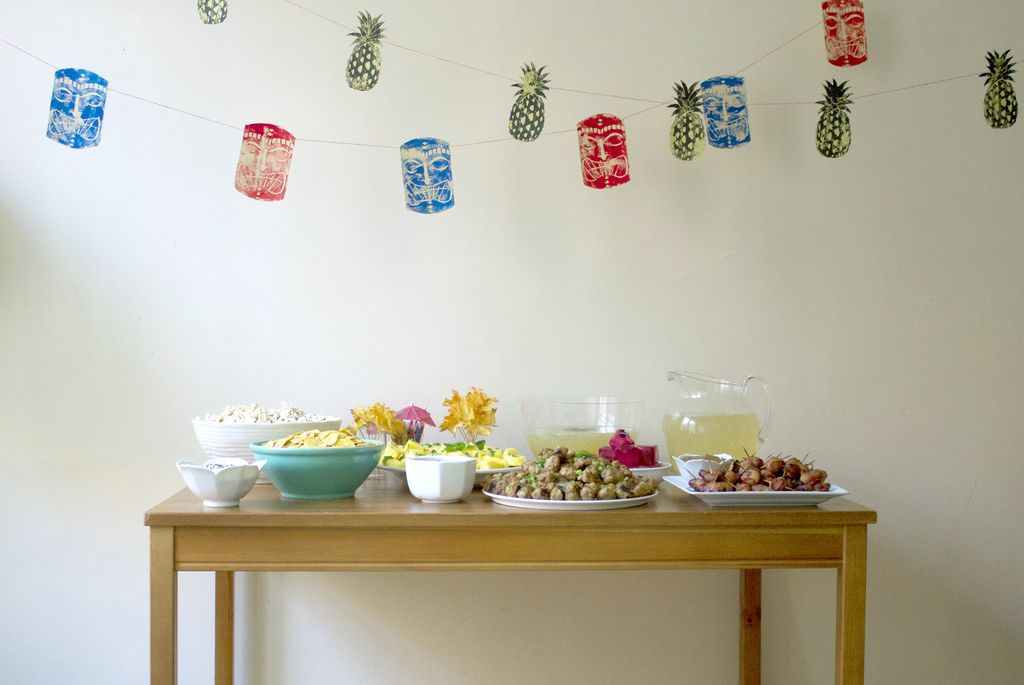 Allyn August 20, 2014
If you really wanted to be authentic (and still cheap!), you should make SPAM musubi. My Hawaiian husband made me try it when we were dating, and I'm almost ashamed at how much I love it now. I think we had it about 3 times in the first 24 hours we were in Hawaii on a recent trip. Oops.