Will Zucchini Waffle? (Yes, It Will.)

Today: Everything tastes better when you waffle it. 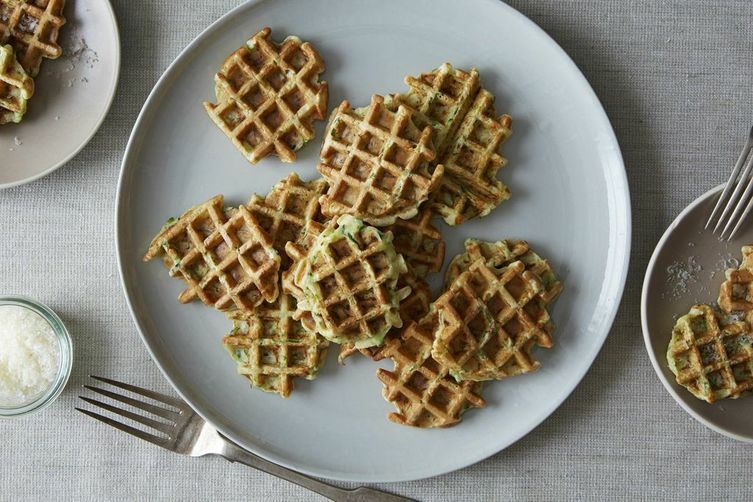 As Jane Austen famously said, it is a truth universally acknowledged that a food not waffled is a less tasty food.

This raises a couple of questions: Why did Jane Austen hate pancakes? And how did she know about waffling everything before Will It Waffle? was published? 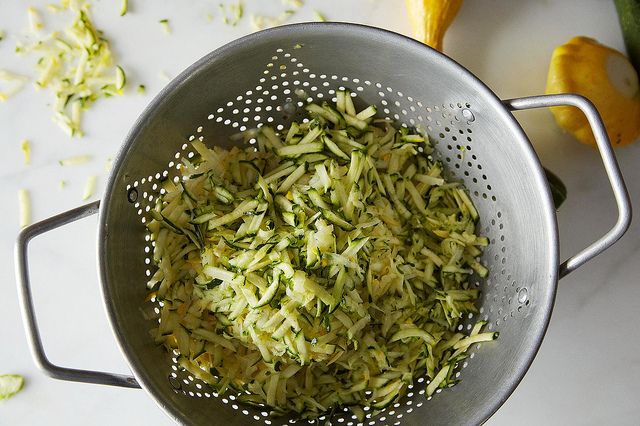 I should explain. I have a friend, Daniel Shumski, who a few years ago, while completely sober, began sticking foods in a waffle iron to see what would waffle. (I assume everyone has a friend like this.) It turned out that Jane Austen was right. For example: Bibimbap: good. Waffled bibimbap: better. Or: S’mores: good. S’moreffles: better.

I trust you are no longer sitting down.

But the waffled meatballs were a hit and for a while afterward, Isaiah walked around the house thinking of foods that Dan should waffle. (I know, Dada! Bagels!) So did his father, actually. (I know, Dan! Pancakes!) I’m not sure whose suggestions were less helpful.

Despite all this assistance, Dan has written a revolutionary guide to the waffle iron, with suggestions that are actually helpful. To answer the obvious question first, yes, Will It Waffle? does have waffle recipes (yeast-risen overnight waffles and buttermilk cornmeal waffles). But it is almost entirely non-waffle waffles: Waffled bacon and eggs. Waffled banana bread. Waffled falafel. (Fawaffle, naturally.) Waffled soft-shell crab. (Really.) 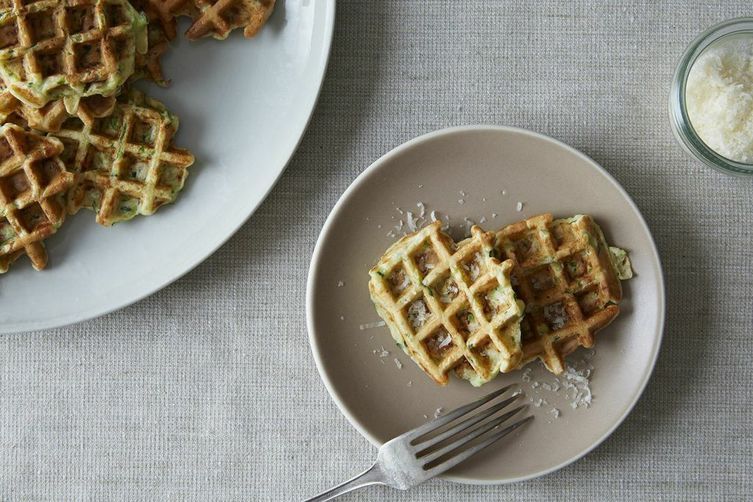 The other day I inadvertently made actual waffles for breakfast and Dan’s waffled zucchini-Parmesan fritters for dinner. I had salad for lunch. I felt bad about not waffling it.

Cattie February 15, 2015
This is the funniest recipe post I have ever read. If I wasn't allergic to eggs I'd be making these right now.

AntoniaJames August 28, 2014
Wondering what you'd serve on the side for dinner for a fairly traditional adult -- my better half -- who adores waffles. He's from the deep South (and has been to a Waffle House in every state where they have them), and tends toward the blueberry or praline-topped, more conventional sweeter versions. I'm looking forward to trying these, and running down the book! ;o)

ATG117 August 28, 2014
How about cherry red and yellow tomatoes sliced and coated in olive oil, balsamic, salt and pepper. You could do a warm version too by lightly sauteeing them, and adding some garlic. Another idea that comes to mind is a summery soup or a crisp salad.

Sini |. August 28, 2014
It actually was yesterday when I thought I should try to make zucchini waffles...and here they are! I'm sure these would be amazing with some crème fraîche and gravlax.