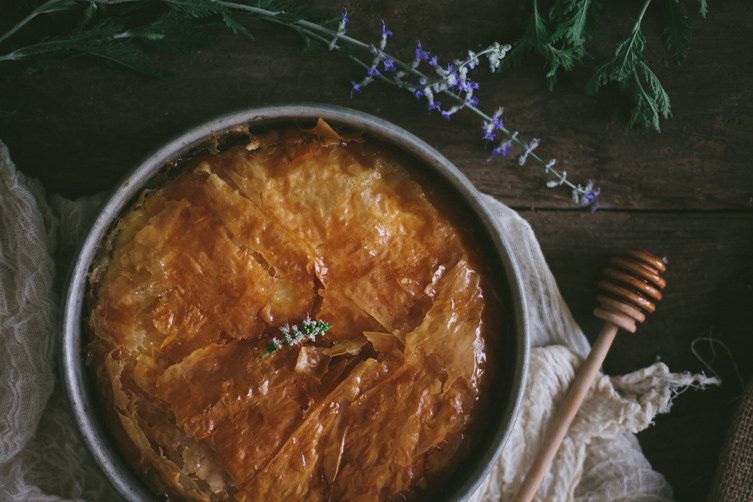 Growing up in Portland’s large Greek community meant going to many weddings, baptisms, birthdays, and Easter celebrations. At every large gathering I attended, I hoped beyond hope that one specific thing would turn up: a golden, syrupy, buttery, lemon-fragranced custard that we called galaktoboureko. Yes, the name is as difficult to pronounce as it looks, but that doesn’t make it any less delicious or sought after.

It’s essentially layered sheets of buttered filo dough with a lemon custard in the center; after it’s removed from the oven, a honey lemon syrup is poured over the entire thing and allowed to soak for an hour before serving. It was the prize of the most culinary-inclined Greek wives: a "you think her kourembiethes are good? Just wait until you try her galaktoboureko” type of thing. 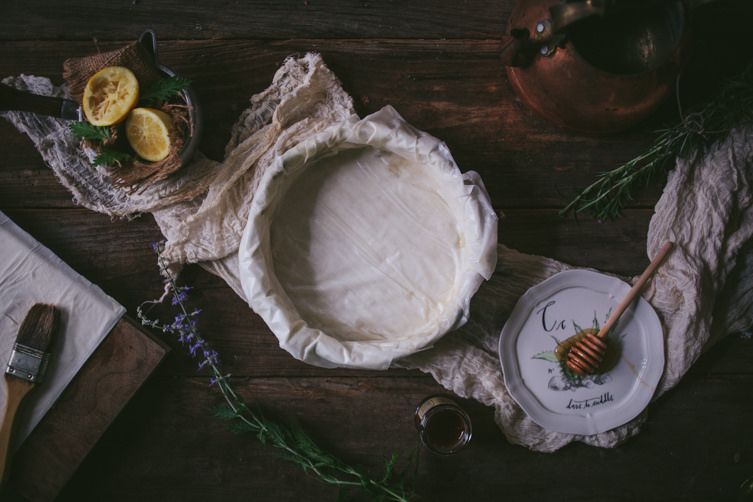 Both my parents knew how to make it, but did so very sparingly. As a child, I thought this was because of how sacred and special it was, but as an adult I can see that it was probably because it was so time-consuming to make (as are most filo-based dishes) and so deliciously rich that having it around the house all the time would be a bit tough on the waistline. So, it became known to me as a special thing, the dish that you only get to eat when you’ve been very good and everyone is happy and loud Greek music is playing and people are dancing. It was, and is, a celebratory dish. 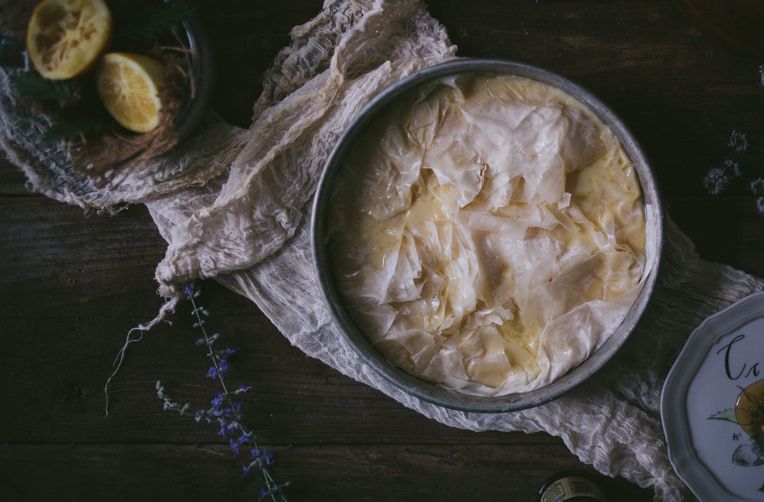 When I got older I learned to make it myself, and as I familiarized myself with the complexities of filo dough, I understood why it was so rare. But with great work often comes great reward, and galaktoboureko doesn’t fail to deliver. 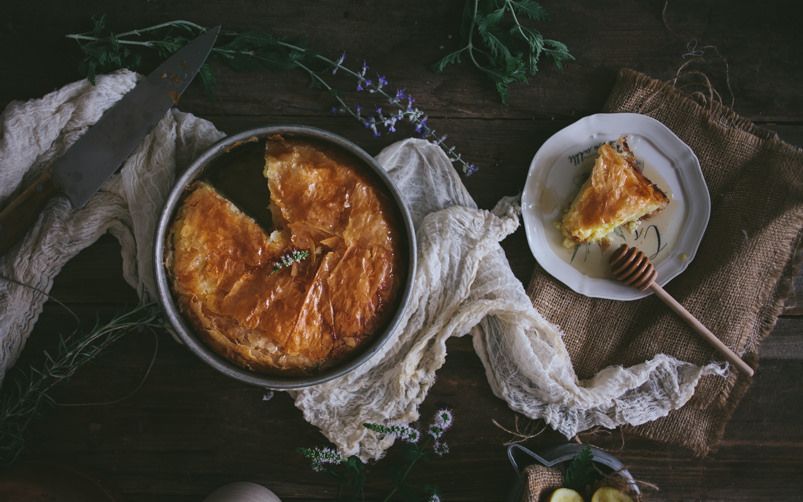 For the Filo Custard:

For the Honey Syrup:

adventures-in-cooking.com
An Oregon lass with a love for home-grown food.

Zozo October 10, 2014
Omgomgomg I tried this years ago at a Greek restaurant and it instantly became my favourite dessert but I kept forgetting what it was called! Thank you for this!!

jenny October 6, 2014
wow, can't wait to try this! I am wondering how this would turn out in individual servings, made in a flat-ish ramekin maybe, any thoughts on this very welcomed.