Everything You Need to Know About Bok Choy 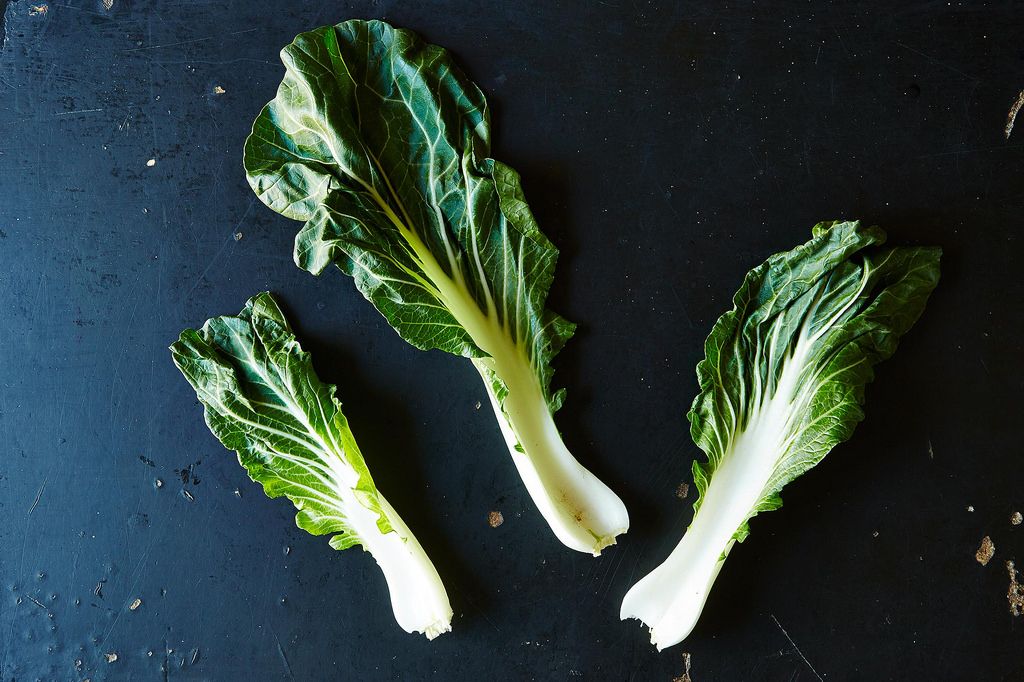 If you’re playing a word-guessing game (think Taboo or Pictionary -- or increasingly more tech-friendly versions like Catch Phrase or Ellen DeGeneres’ app), and you select “Asian vegetable,” I can almost guarantee that you’re going to either say or draw bok choy.

I can say that with certainty, because -- although I have a soft spot for lotus root -- bok choy is the most common Asian vegetable in the United States. But what exactly is bok choy? As Elizabeth Schneider laments, the "closely related leafy greens are as difficult to identify by name as they are easy to eat." 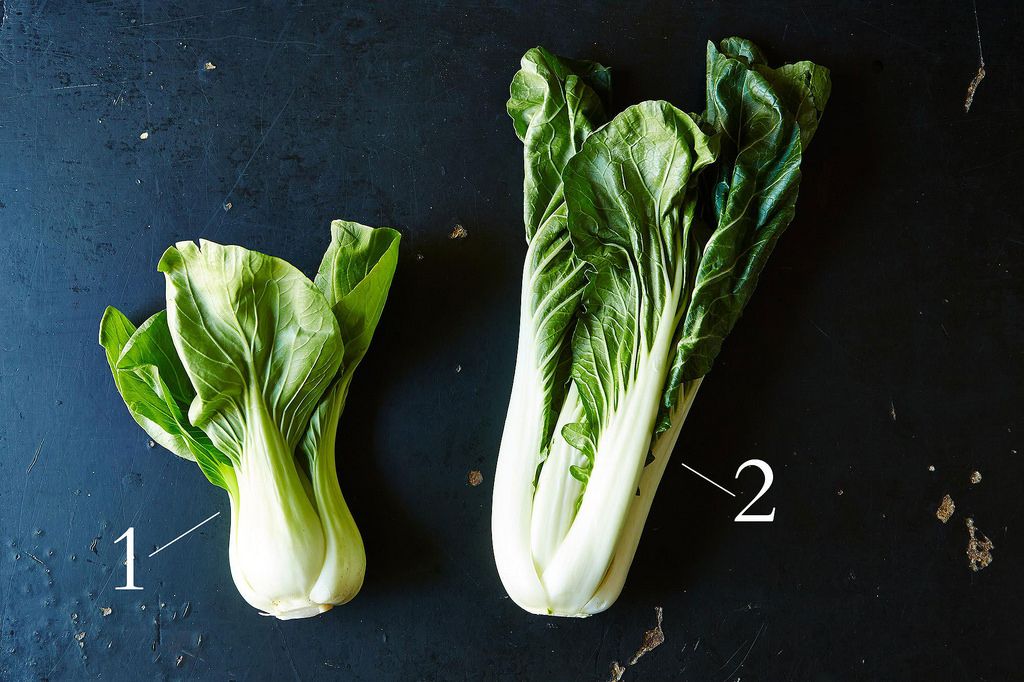 What’s indisputable is that bok choy originated in China and is a member of the enormous Brassica family. It’s often referred to as a type of Chinese cabbage, but rather than forming dense, leafy heads like cabbage does, bok choy looks more like an exotic cousin of celery, with dark green leaves atop a cluster of thick stalks.

Head to a farmers market or grocery store and you might feel confident identifying standard mature bok choy (2) and baby bok choy (1), but wander into a Chinese market, and you’re likely to see a staggering number of leafy green vegetables labeled as bok choy or pak choi.

Schneider explains why: "The general term 'bok choy' embraces several growth stages of the same plant: seedling, 'baby,' mature, and flowering. Confusion arises because each stage may look like a distinctly different vegetable. The term also designates scores of varieties of bok choy, the bulk of which fall into these general groups: large white-stemmed (the most common type), dwarf white-stemmed, and green stemmed." And what we refer to as baby bok choy can either be the larger varieties picked before [they are] fully mature, or dwarf varieties. 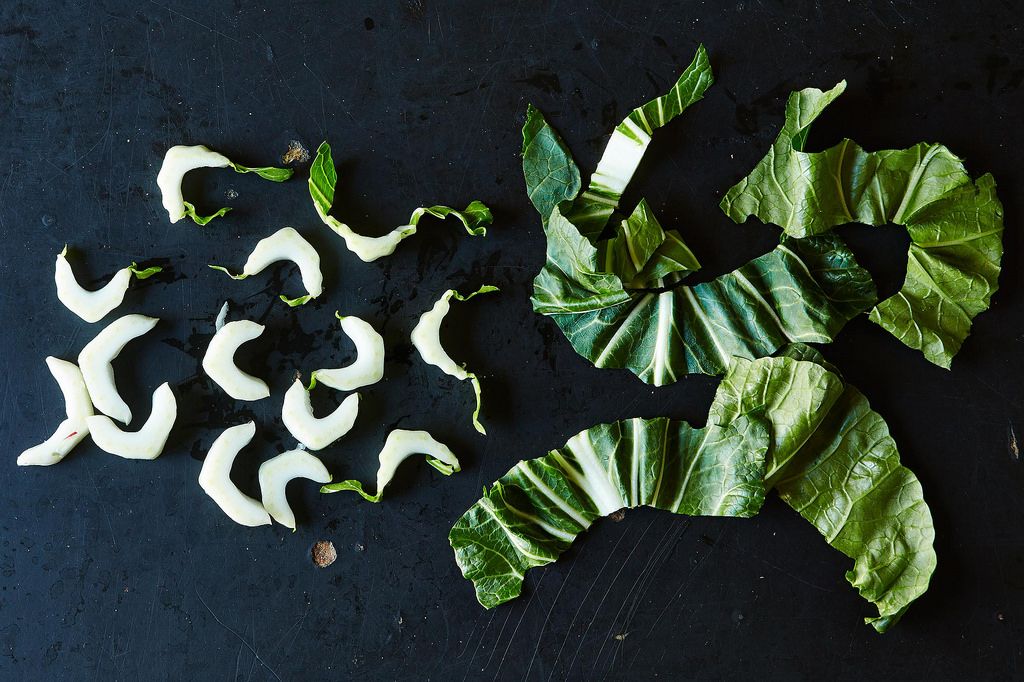 In Ripe, Cheryl Sternman Rule says: “If you’ve never cooked with bok choy, and you think your life has been fine, I’m here to tell you, as gently as I can, that it hasn’t. It hasn’t been fine at all. There is something missing, and that thing is bok choy.”

And she’s not alone, Mark Bittman concurs in his book Leafy Greens: "Among Chinese cabbages, the bok choi varieties really stand apart; their texture can be as crunchy as that of celery if cooking times are short, but if you leave them in the pan a little longer, they develop a creamy texture that is unique among greens. For my money, their flavor is superior to that of any other cabbage." 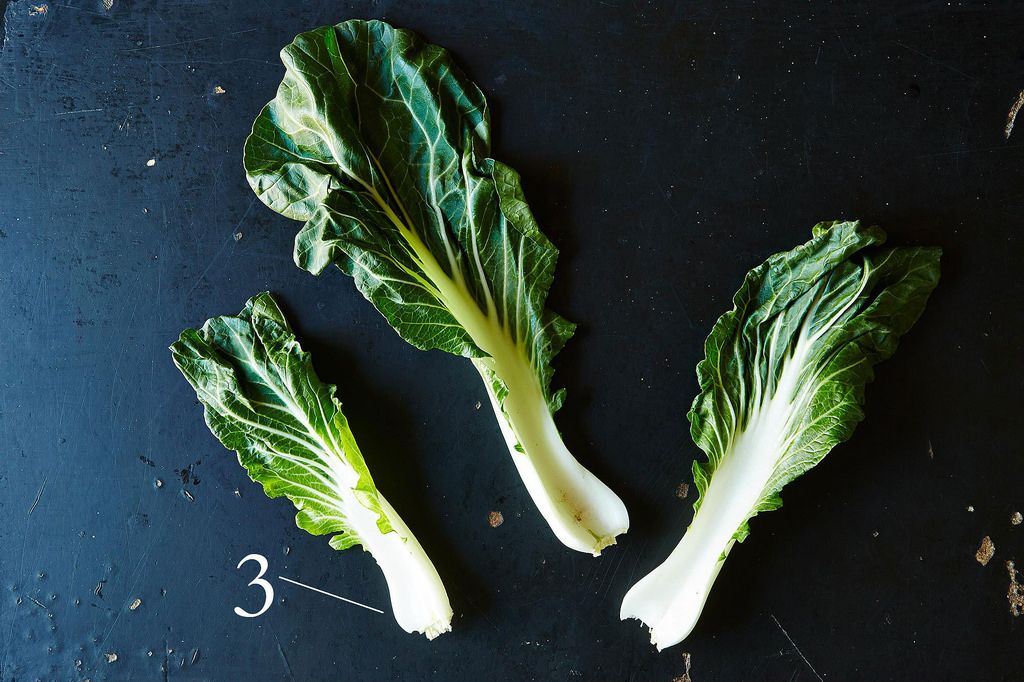 Elizabeth Schneider recommends storing your bok choy in the crisper drawer of your refrigerator -- unwashed and in a perforated plastic bag -- and using it within a few days.

When you do use it, remember that its cluster of stalks hides dirt, so wash it well. For mature bok choy, slice a layer off the base, separate the stalks by gently pulling each one off at the base (3, above) as you would celery, and then wash as you would lettuce. Baby bok choy preparations often call for halving or quartering, so with the base intact, you’ll want to make sure to throughly get any grit out. Either swish them around in a bowl of water or clean them under running water (like Merrill does with leeks).

Work bok choy into a meal or two this week and you're sure to have a happy family. Try bok choy braised or in a noodle bowl, or go for one of these nine recipes:

Tell us: How do you like to use bok choy?

irina December 14, 2014
Pasta olive oil and red pepper flakes and baby bok choy!
Fantastic!
Plus I use it instead of spinach in many recipes. Kidney patients can't tolerate spinach but can tolerate bok choy and swiss chard.
Cheers