Today: A simple, comforting peasant dish that spans almost every region in Italy. 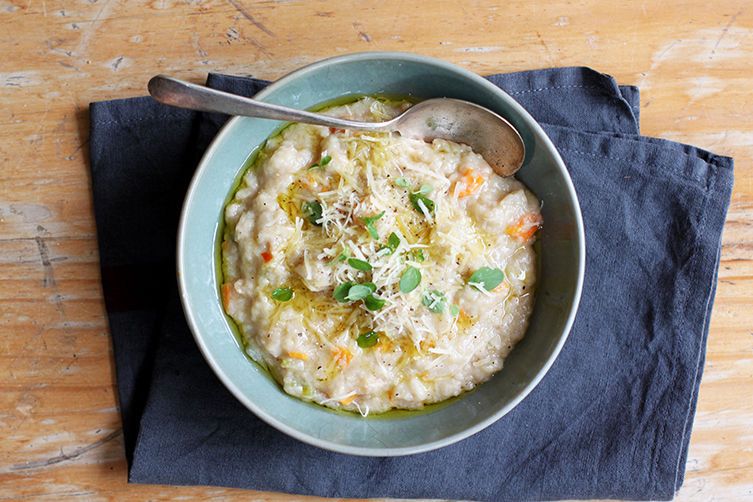 “The most elemental dish in the world” is how Florentine Painter-Chef Guido Peyron once described this rather medieval dish of bread cooked in water with garlic, known in general as pancotto (which literally means "cooked bread"). It's enough to make a filling, satisfying, and comforting soup and is one of the most ancient of Italy's peasant cuisine that survives today.

Over the centuries, as borders changed and new ingredients became more readily available (such as tomatoes during the Renaissance), this essential soup transformed (and improved) and now appears in some form or another throughout all of Italy. It takes on a different personality as it moves from region to region, incorporating local staples such as breads, cheeses, seasonal vegetables, spices, or herbs.

In the northeast, in Friuli, where the soup is known as panade, it's almost as simple as its medieval version: stale bread cooked with bay leaves and water and garnished with Montasio, a mountain cheese. In the Veneto, they do a similar panade with beef stock, for flavor, and cinnamon (a very Venetian addition), for a sweet spice.

In Liguria, on Italy's northwest coast, it's kept simple: Water is flavored with garlic and oregano and slices of bread are gently added right at the end of cooking so they don't lose their shape. The version found on the island of Sardinia, pane frattau, is made with a thin Sardinian flatbread called pane carasau. The bread is softened in water, but not enough to lose its shape, and it is garnished with tomato sauce, grated cheese, and a poached egg on top.

In Rome, a creamy pancotto is often enriched with some fresh tomatoes and basil. Way down south, in Puglia, the rustic soup takes on yet another entirely different look: Cubes of bread are tossed last minute into a broth of diced potatoes and greens such as arugula, green beans, and zucchini -- perhaps with some pancetta and chile for added flavor. 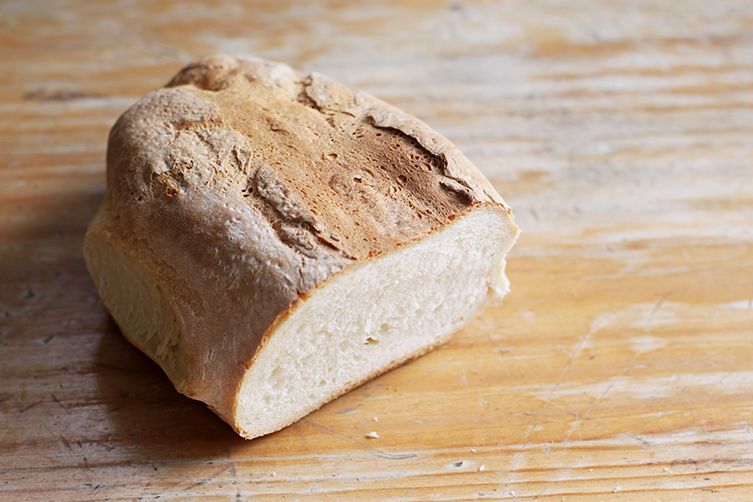 Tuscany also keeps things quite medieval with this traditional pancotto below. Stale bread is cooked in a broth made with the classic trilogy of chopped carrot, celery, and onion -- the bread becoming creamy as it melts in the soup. Chili and Pecorino Romano cheese add flavor, fresh herbs (typically nepitella, or calamint) add color. But it remains a simple, comforting dish -- not much different from its peasant origins -- that warms and fills bellies on cold nights.

More: You may recognize this soup as the predecessor of one of Tuscany's most famous dishes.

Just as it evolves from region to region, this soup can be adapted as you wish. Pare back for more simplicity, or add a few extras for more oomph: You could use beef or vegetable stock instead of water (or you may like to use half-and-half), more garlic, or perhaps add chopped pancetta with the celery, carrot, and onion. The important thing is the bread. It should be a delicious, white, quite dense country loaf with a good, crunchy crust -- and it should be a couple days old. It doesn't have to be dry as a bone, but it shouldn't be too fresh and springy. If you do have fresh bread and you'd still like to make this recipe, slice it into thick slices and dry it out slightly in a very low temperature oven; try not to toast it, as it will affect the taste. 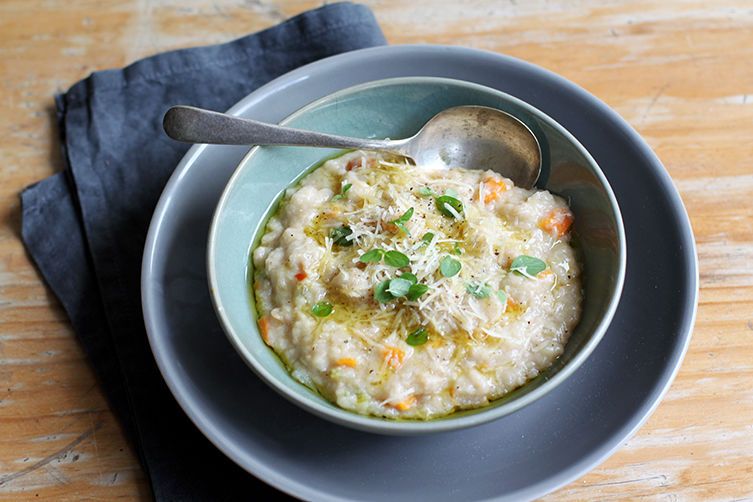 Christine M. November 9, 2018
I'm trying to figure out the origin of a dish my Italian/American Mum made on holidays. It has the consistency of a loose polenta made with breadcrumbs, stock and tons of black pepper. She called it "peydah" (sp). Any ideas?

Liz L. February 3, 2015
wondering if it could work--even if it's not the traditional style--with whole wheat bread?
Author Comment

Emiko February 3, 2015
It would still work, although the texture and flavour will be a little different from the usual.

Maryellen February 1, 2015
My computer and dictionary do not recognize "chile". Is it supposed to be a chili pepper?
Author Comment

Emiko February 1, 2015
Correct. 'Chile' is also spelled "chili" or "chilli" (the latter is the way I usually spell it, as an Australian!) but the first two are US spellings.

notoriousBiC January 28, 2015
Haven't tried this, but I do love a hearty pappa al pomodoro.
Author Comment

Emiko February 1, 2015
It's the ancestor of pappa al pomodoro so no doubt you might like this too!

Ellie B. January 27, 2015
Daaaaaaaang this is amazing!!!!! I never EVER would have thought of bread becoming soup, definitely pinning this. 0_0 <3 It's too bad I don't have stale bread (or any bread) right now, haha. And I always love learning some cultural wisdom so thank ya. ;)

Marian B. January 27, 2015
I have a whole bunch of stale bread cubes at the moment -- now I know what to do with them! And way to make a bowl of bread mush look beautiful. xx
Author Comment

Matilde January 27, 2015
Here in Portugal, we have a traditional dish quite similar to pancotto: it is called açorda and it is typically made in Alentejo. You can make it with virtually everything (though my favorite is definetly seafood açorda) and it is seasoned with coriander, giving its very characteristic taste.

This is a very common recipe:
http://algarve.kazulo.com/9301/acorda-a-algarvia-seafood-breadsoup.htm

Panfusine January 27, 2015
Perfect, I have 1/2 a loaf of 3 day ol Pane siciliano > this soup sounds perfect for a snow day, thank you Emiko!

Rebecca @. January 27, 2015
I love the idea of a poached egg on top. I had to laugh about using stale bread though. When I made stuffing for Thanksgiving, I bought fresh baked loaves of bread, only to cut them up and let them go stale before using them. It seems like a waste until you try the finished dish, then that's no longer a concern :)
Author Comment