All About Parsley and 8 Green Sauces to Use It In

Today: Get sauced on St. Patrick’s Day -- with parsley, not green beer. 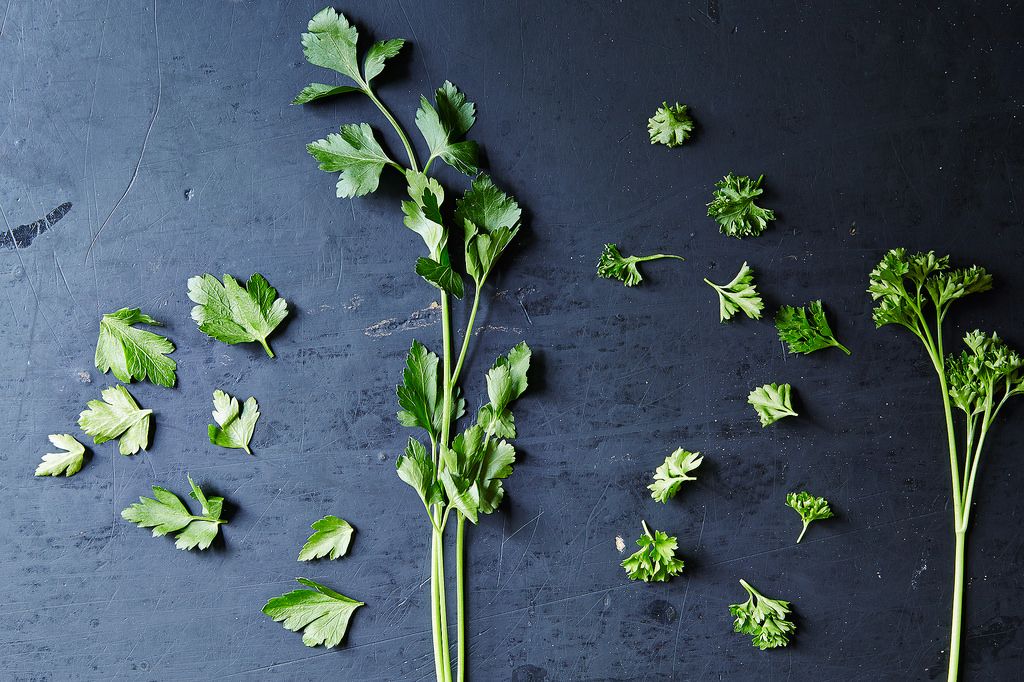 Few things are more depressing than an all-you-can-eat buffet: It's where food goes to die. Diners are unwitting pallbearers for overcooked roast beef languishing under heat lamps and limp, overcooked vegetables piled on platters and garnished funeral sprays of curly leaf parsley.

That might be a wee bit excessive -- I'm sure a good buffet exists somewhere. Nevertheless, parsley has long been associated with death, likely due to its resemblance to fool’s parsley, a poisonous relative. In Greek mythology, parsley grew from the blood of Archemorus, the forerunner of death. Ancient Greeks used parsley in funeral ceremonies, and there are still superstitions that transplanting parsley might bring bad luck or death.

Unfortunately, parsley’s association with death isn’t limited to ancient times or folklore. In 1937, Rafael Trujillo, dictator of the Dominican Republic, brutally enforced the Dominican-Haitian border with a rigged linguistics test. He ordered the death of 20,000 Haitian migrant workers solely because they could not pronounce the letter “r” in perejil, the Spanish word for parsley. Rita Dove, Poet Laureate of the United States from 1993 to 1995, covers this event in her poem "Parsley."

More: All of this talk of death is depressing: Time for a drink break, courtesy of Death & Co. 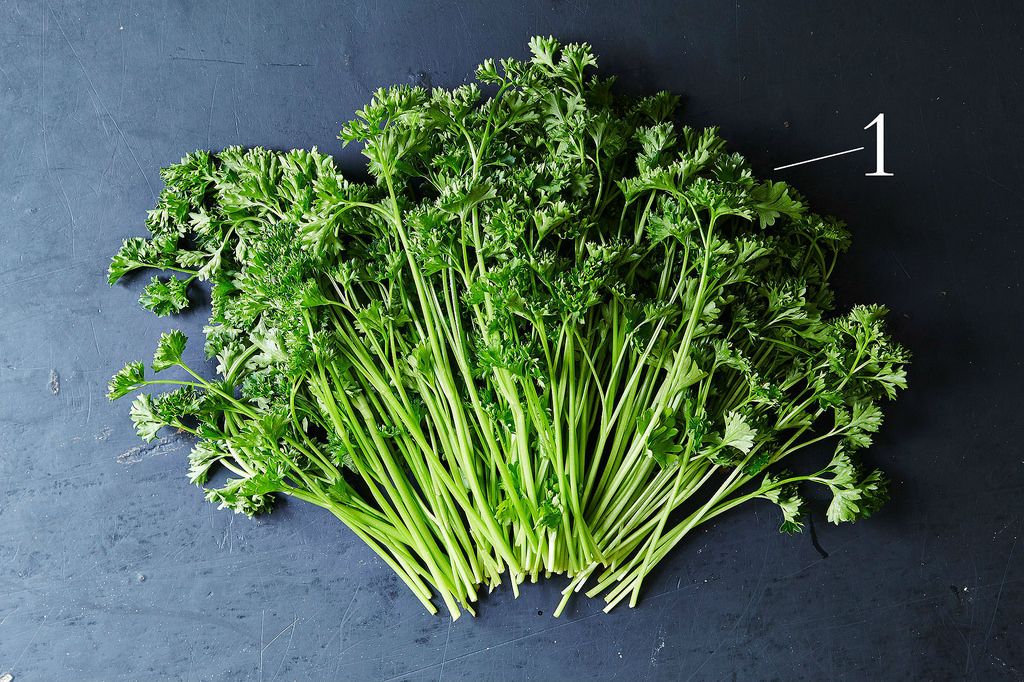 There are a number of varieties of parsley grown for their leaves, and they all fall into two main types: curly leaf (1, above) and flat leaf (2, below), named exactly as they look. (A third type of parsley is grown as a root vegetable, the equally straightforwardly-named parsley root.) Curly leaf parsley is often used as a garnish, while flat leaf parsley is frequently used in cooking because many believe it is more flavorful, but the two types can really be used interchangeably.

Parsley is a member of the Umbelliferae (also called Apiaceae) family along with other feathery, fronded members like dill, chervil, and fennel. Flat leaf parsley looks fairly similar to cilantro, another sibling, but you can easily distinguish between the two by smell.

Look for bunches of perky, vibrantly green parsley, and steer clear of any that are yellowed or wilting. Treat parsley like a bouquet of flowers and store it in a glass of fresh water. Keep it in the refrigerator loosely covered with a plastic bag.

More: Have an excess of fresh herbs? Dry them or try a new way to preserve herbs. 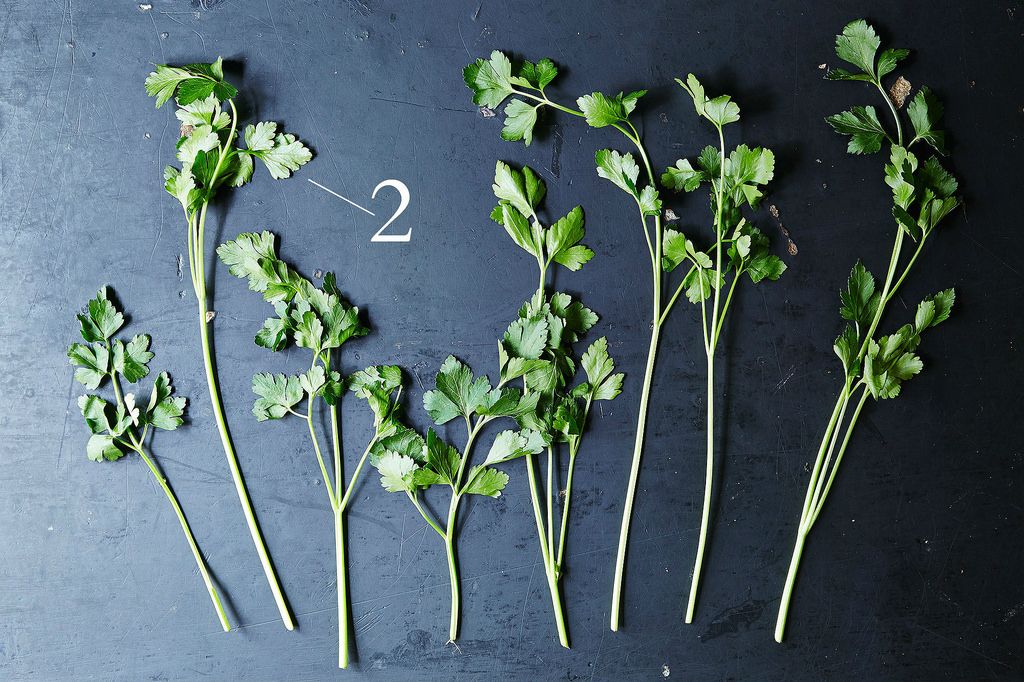 Roman scholar Pliny the Elder noted (perhaps disdainfully) that in his time, not a sauce or a salad appeared at the table without parsley. We think that’s an ancient infatuation worth bringing back. Parsley sauces can -- and should -- be drizzled on everything from meats and vegetables to egg dishes and sandwiches.

Here are 8 green sauces made with parsley, so you can get in the festive spirit and get sauced for St. Patrick’s Day (or anytime) without taking so much as one sip of green beer:

Of course, like all fresh herbs, parsley is incredibly versatile. So, if you aren’t sold on sauces, try one of Deborah Madison’s suggestions: “Parsley is a truly ubiquitous kitchen herb. The stems contribute substantially to stocks and the chopped leaves add depth of flavor to countless dishes...If you are devoted to juicing, you’ll use parsley for its ample vitamins and minerals. In a dish like tabbouleh, parsley is the main ingredient, and you can also make a parsley salad without any grain.”

Tell us: How do you like to use parsley?