The 2015 Piglet was one of controversy -- of comics, blurbs, copyediting, an unruly amount of butter and sugar, and battles of strength versus wit and breakfast versus brunch. So it came as no surprise that everyone brought their A-games to last night’s Piglet party. 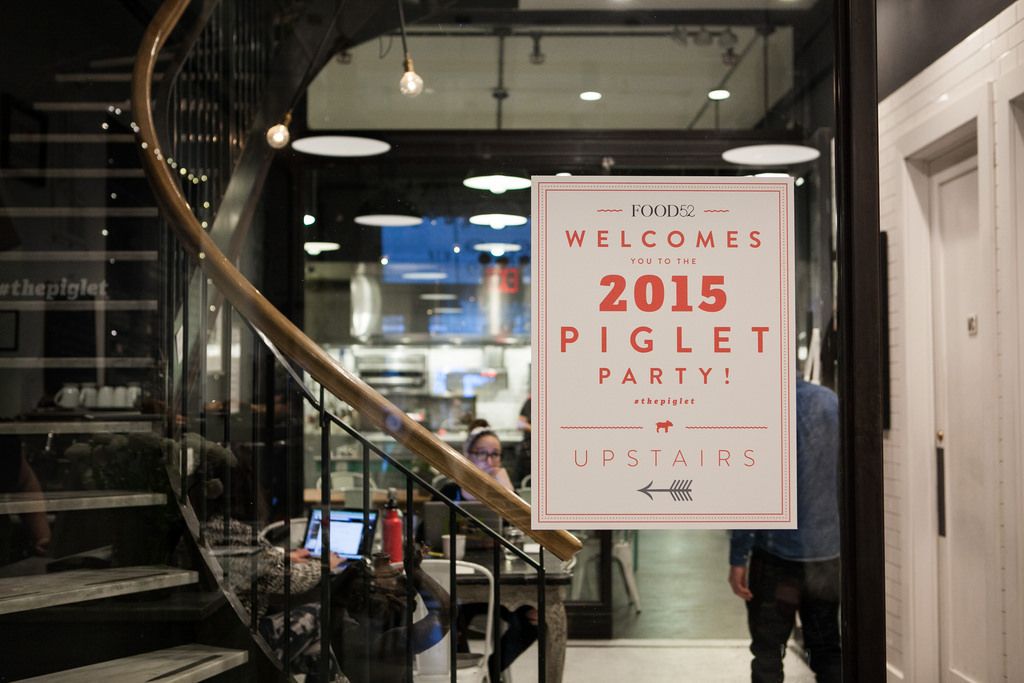 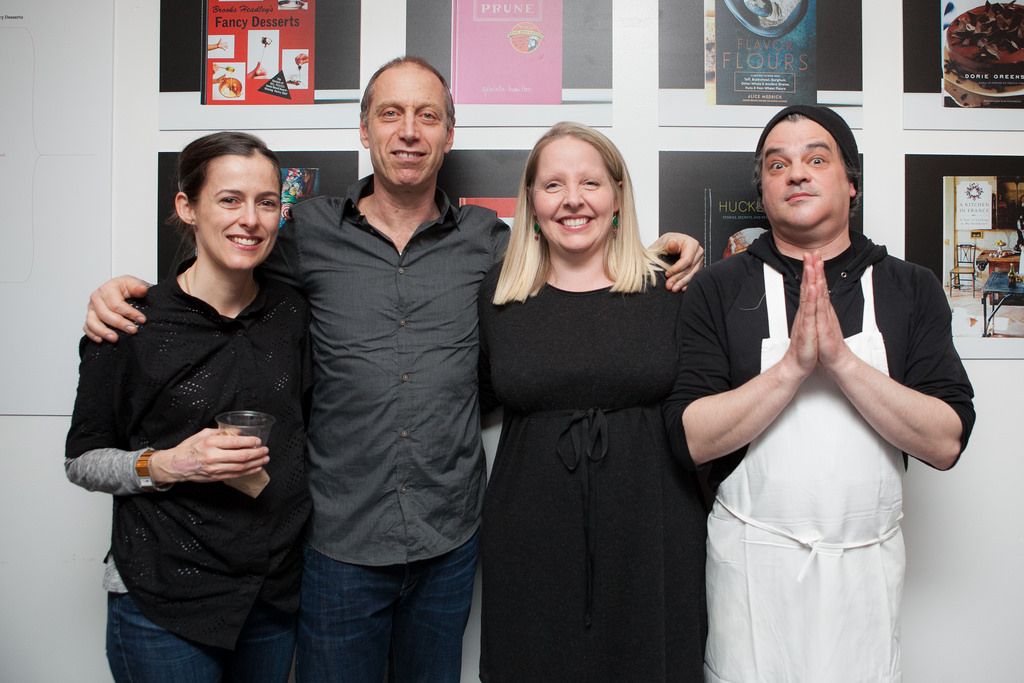 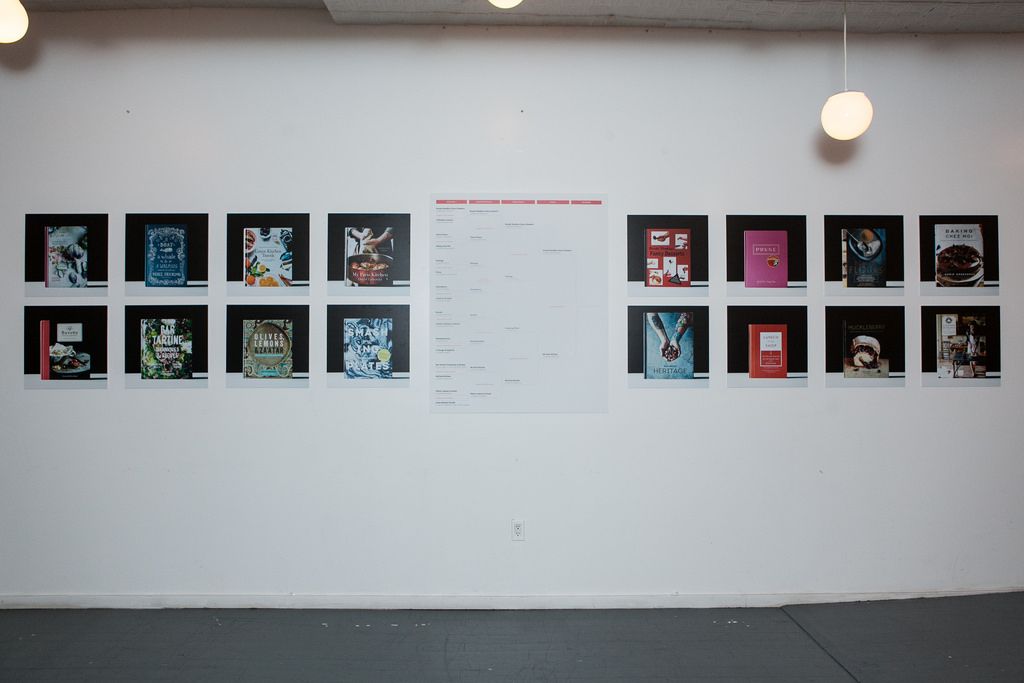 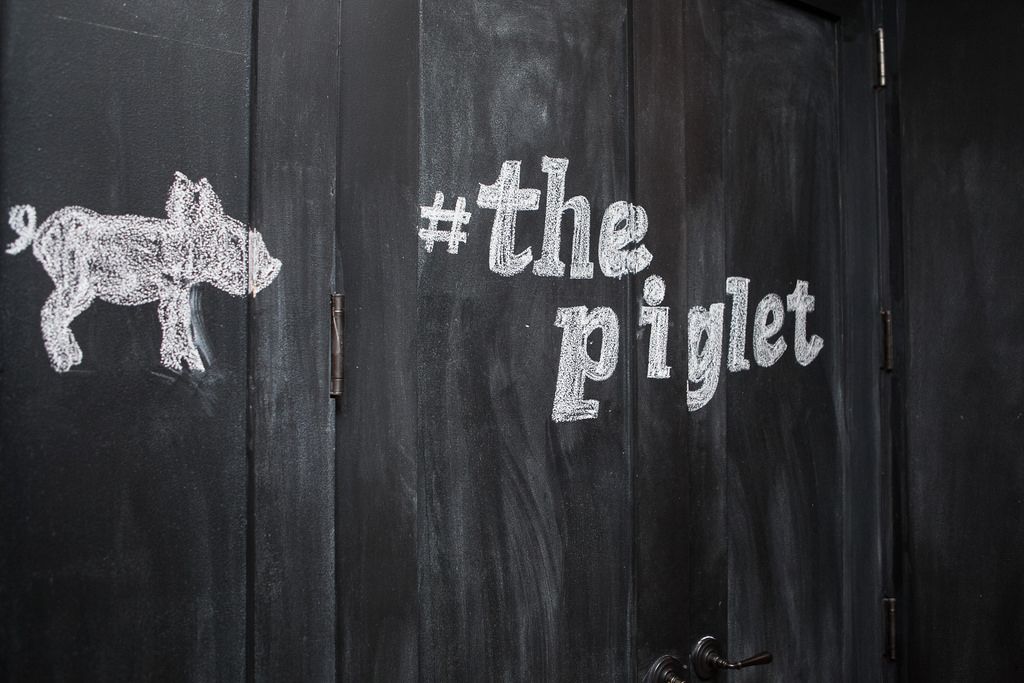 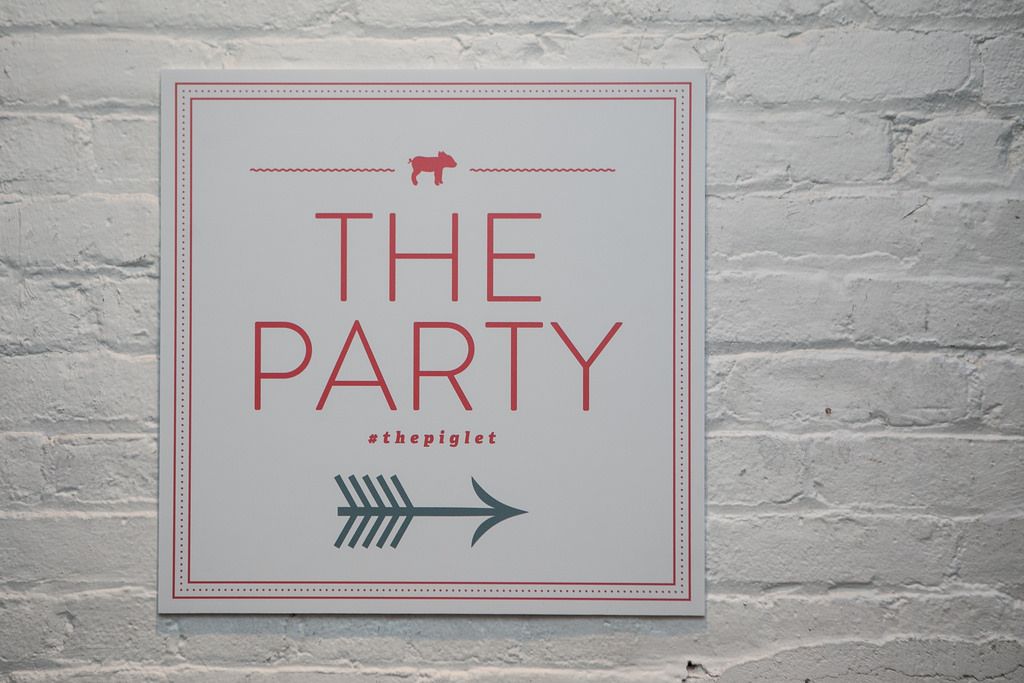 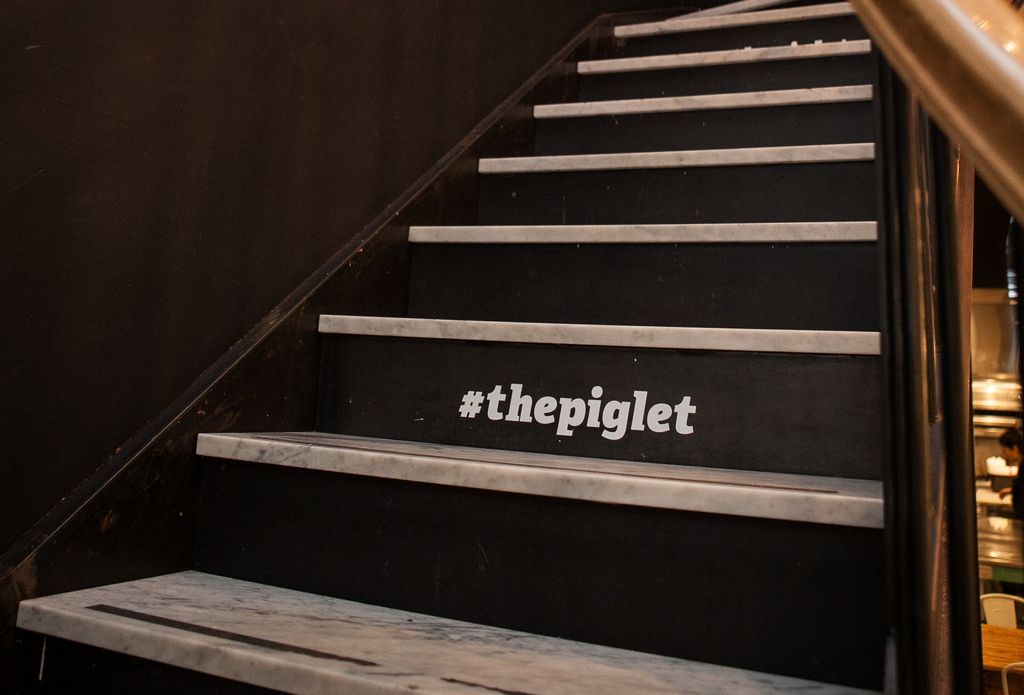 And things were cordial at first, of course. There was chitchatting and nervous laughter while we dined on Superiority Burger and Milk Bar truffles and got custom haikus from Haiku Guys, but the air of anticipation was thick. All this cub reporter could do was livetweet the party and hope that if anything went down, our sponsor Squarespace would protect us. 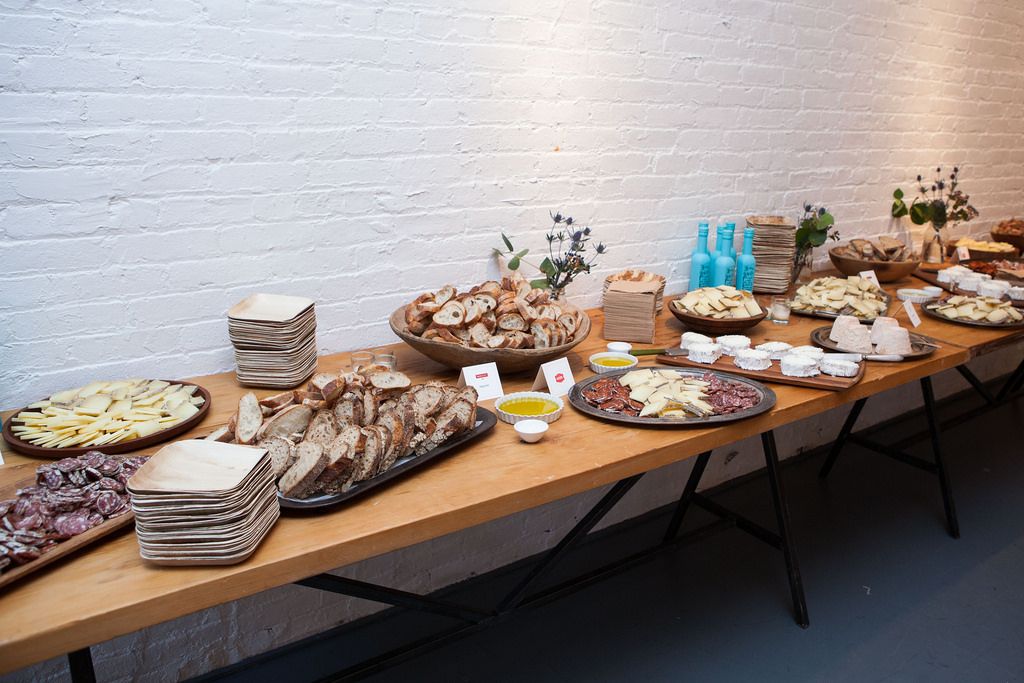 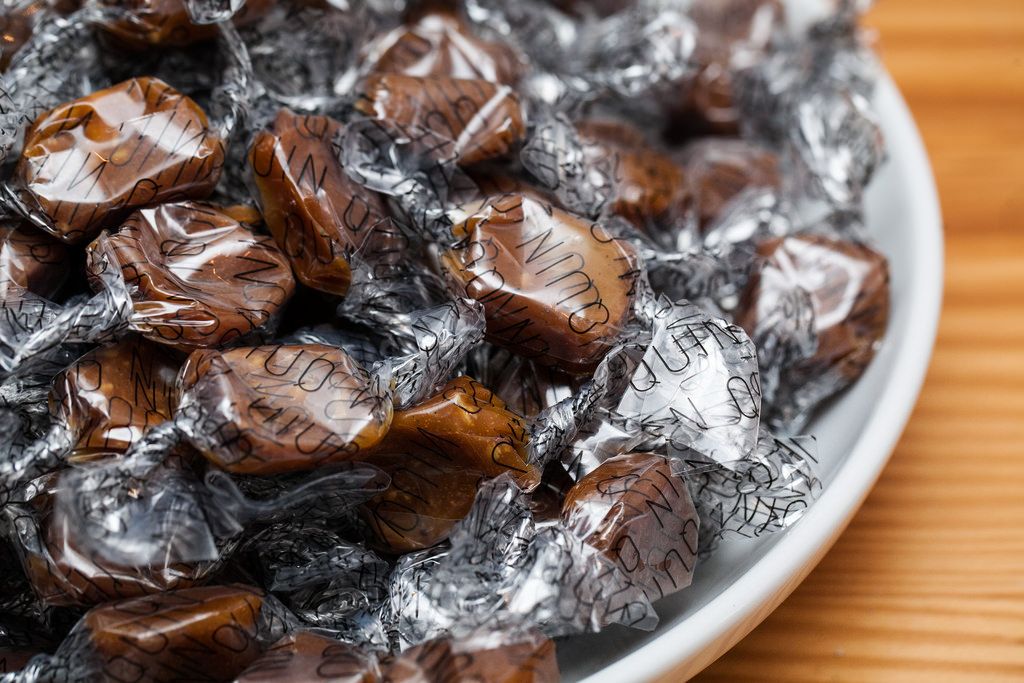 Just when guards were finally starting to be let down and enemies were becoming friends, Amanda, Merrill, Charlotte, and Kenzi took the stage with the evening’s emcee, Lockhart Steele. Steele calmed the crowd with a reading of Charlotte’s increasingly urgent email subject lines back when he was a Piglet judge (and came dangerously close to missing his deadline) in 2011. 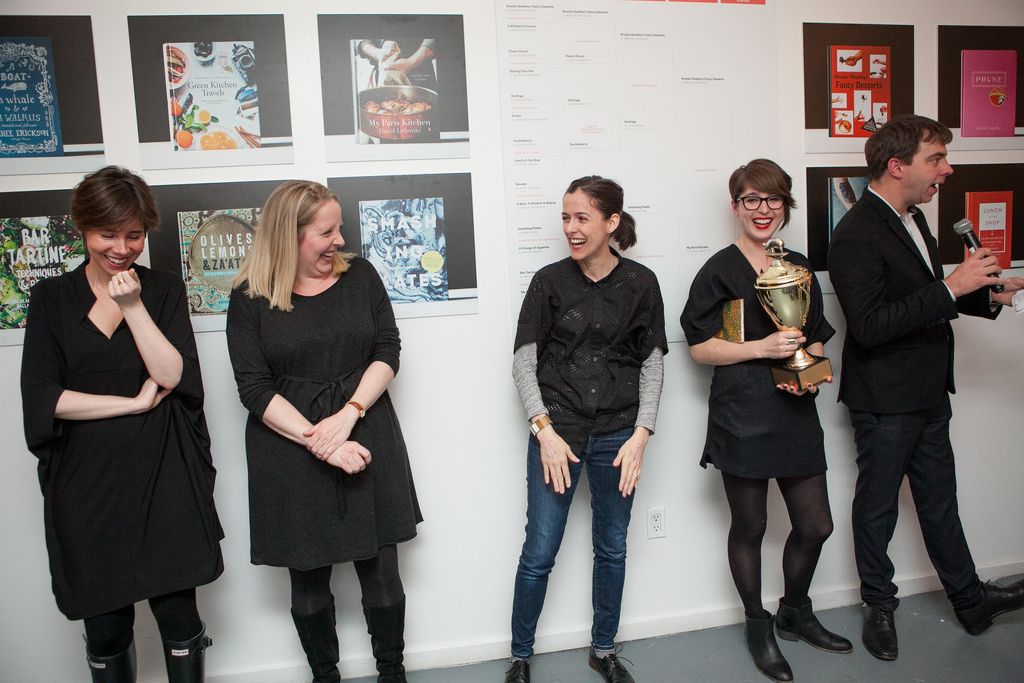 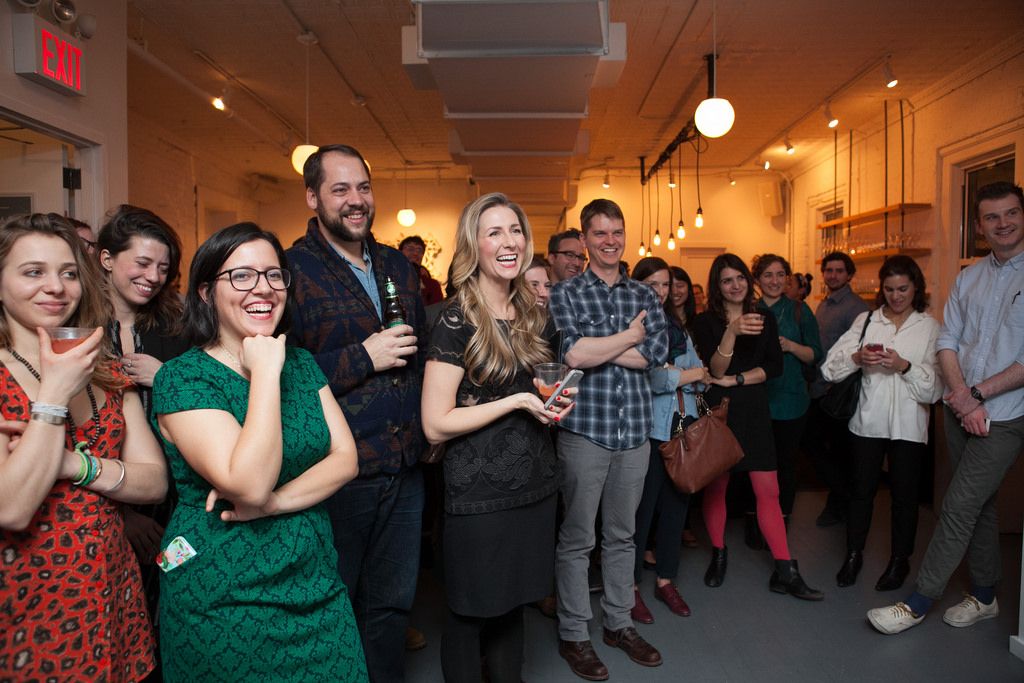 It feels good to laugh.

Then finally: The moment of truth. Steele gave the honor to final judge Bill Buford, who simply declared “Desserts,” and that was that. The crowd burst with applause. The rest only remains (pork-)cloudy in memory: New champion Brooks Headley accepted his trophy, explained that he wasn’t good at public speaking, and then Steele relieved him of an acceptance speech and we all partied the night away. 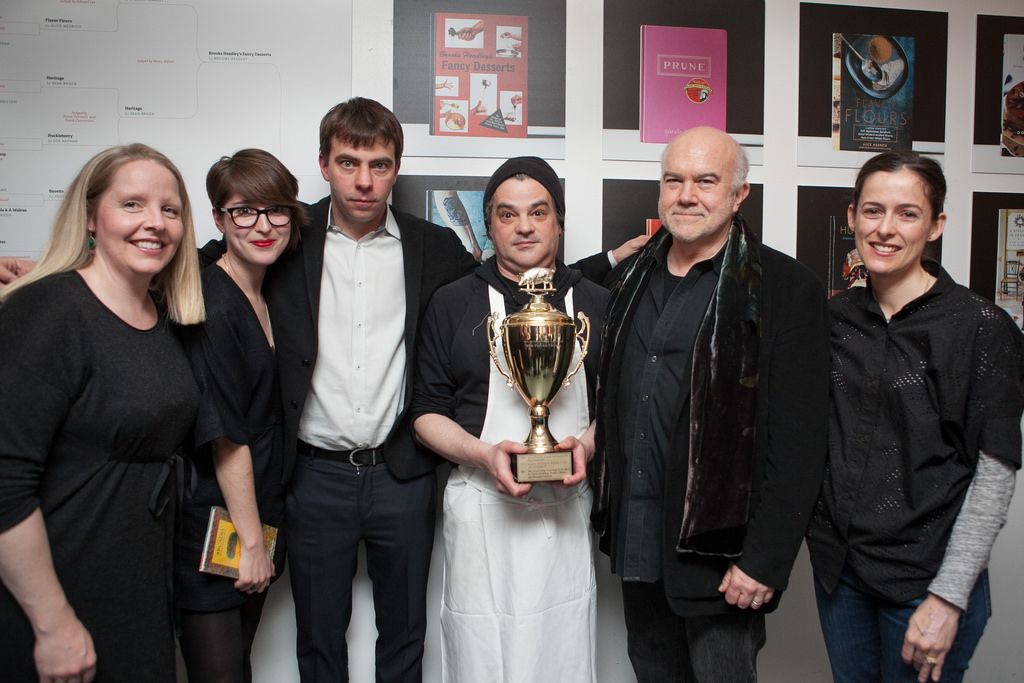 With tensions eased, the rest of the evening was for reflection, good cheer, pig tattoos, and did we mention punch (recipe here!)? 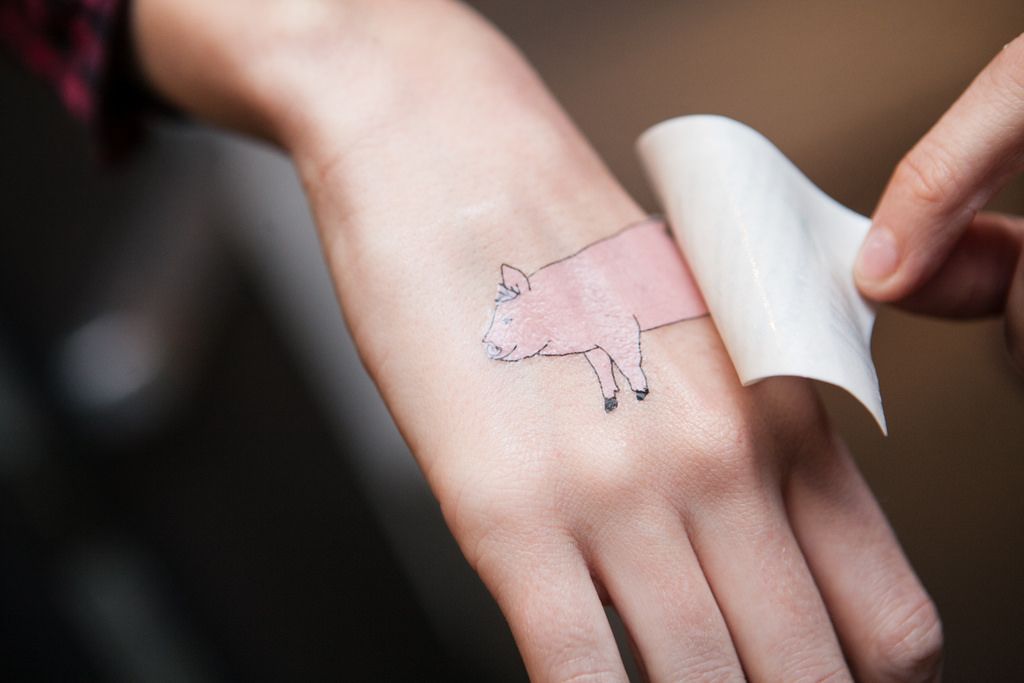 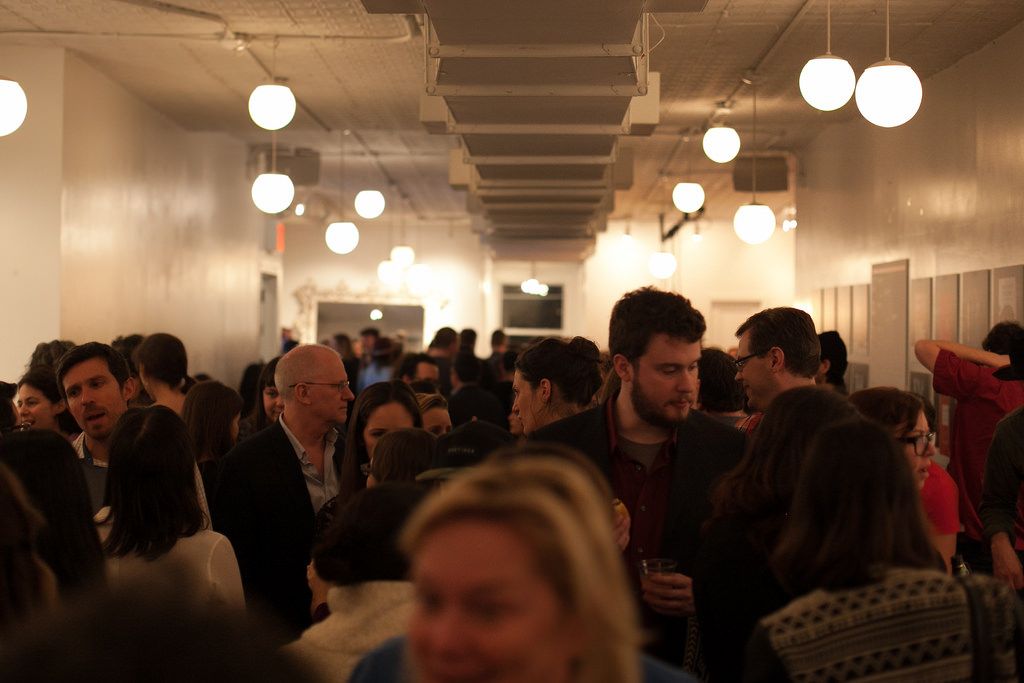 It's much easier to party when you've got on a pig tattoo. 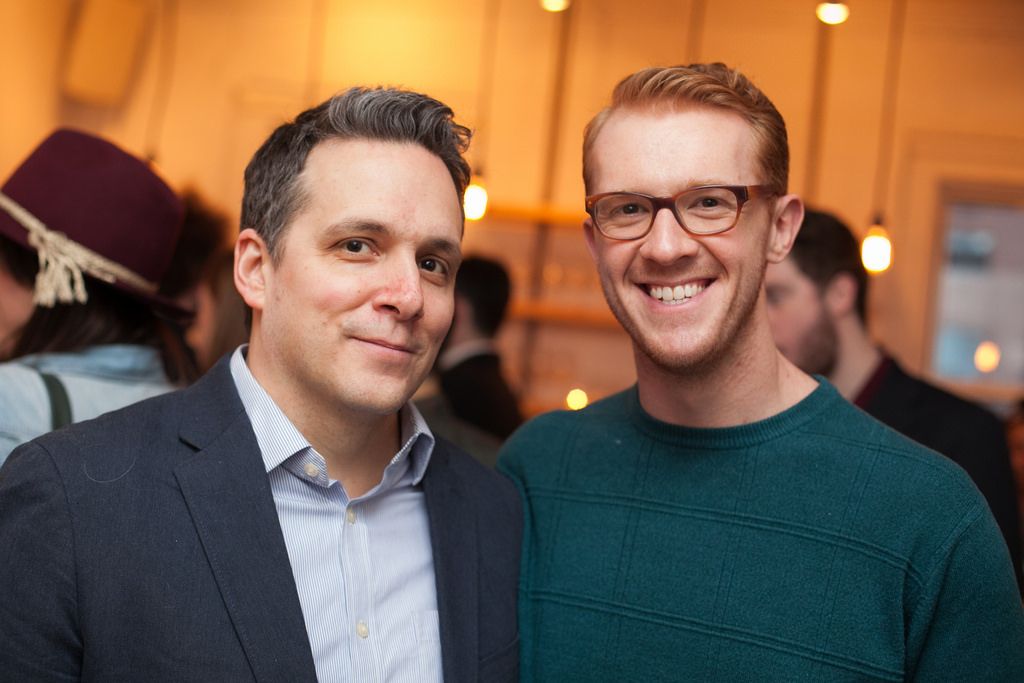 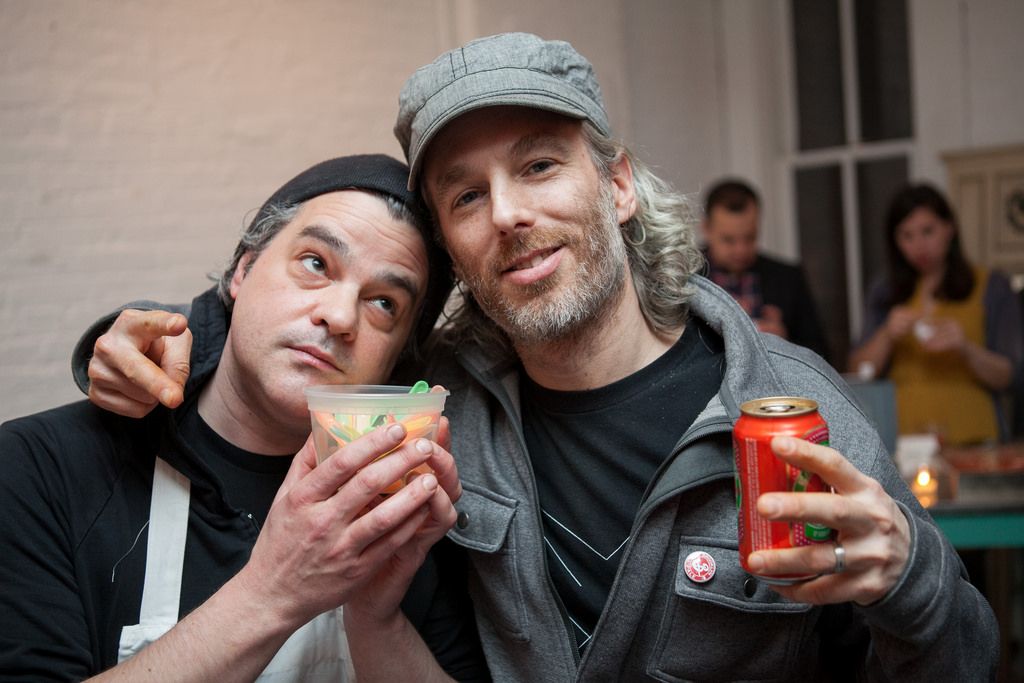 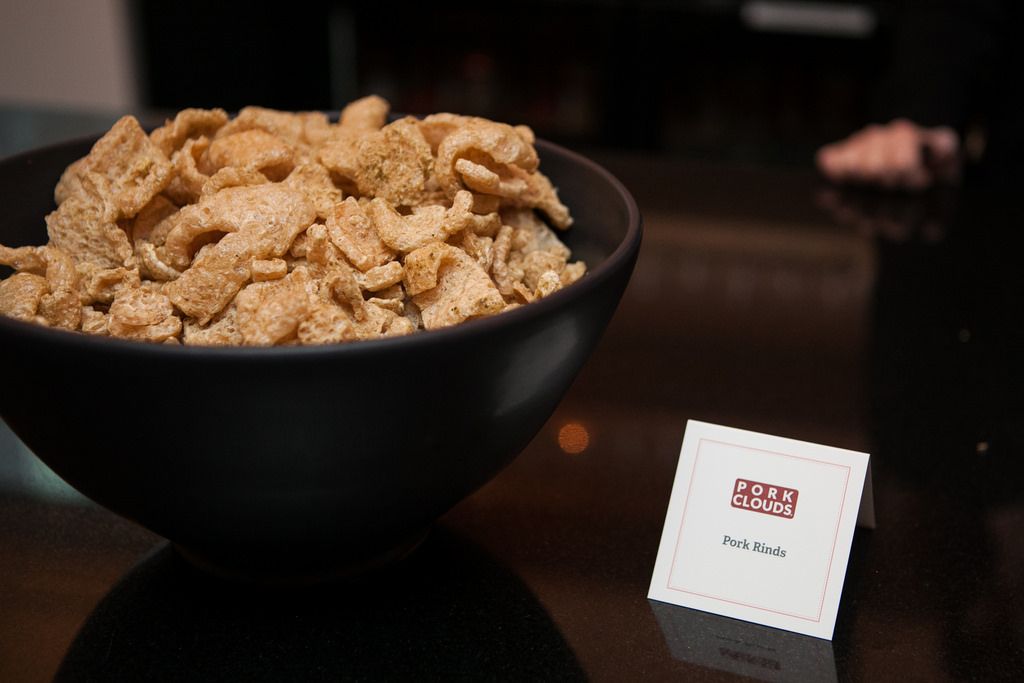 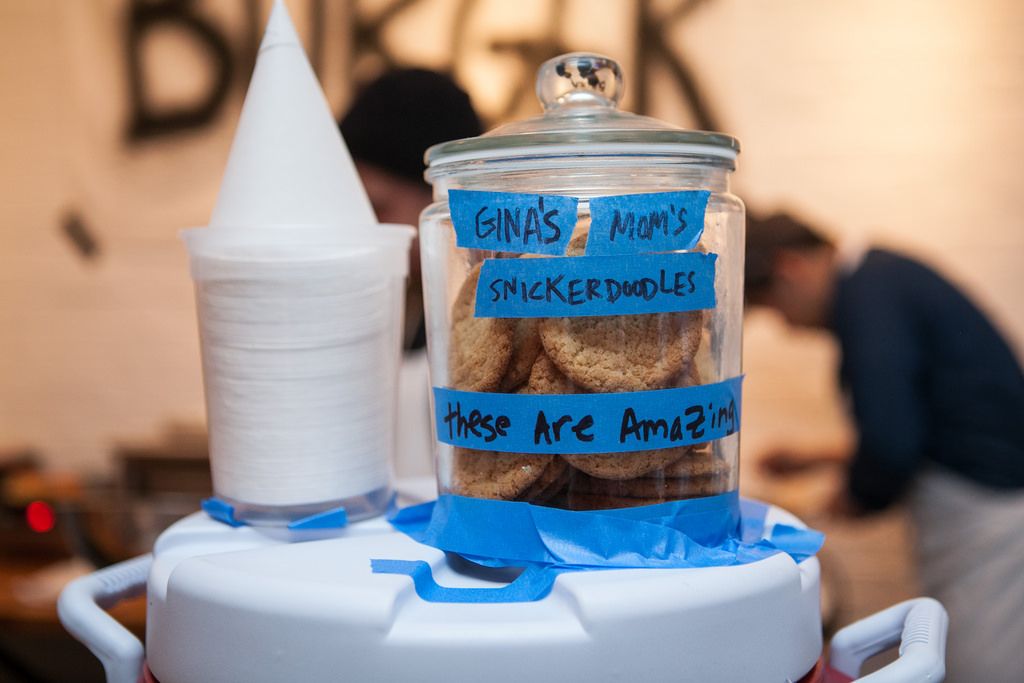 Pork rinds and snickdoodles, together at last. 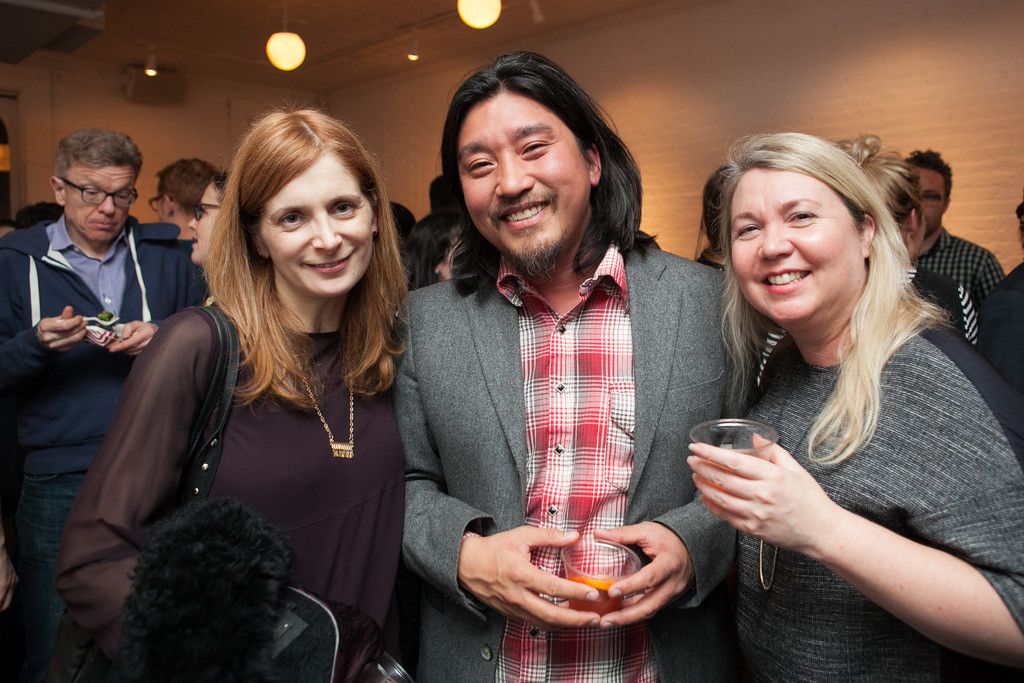 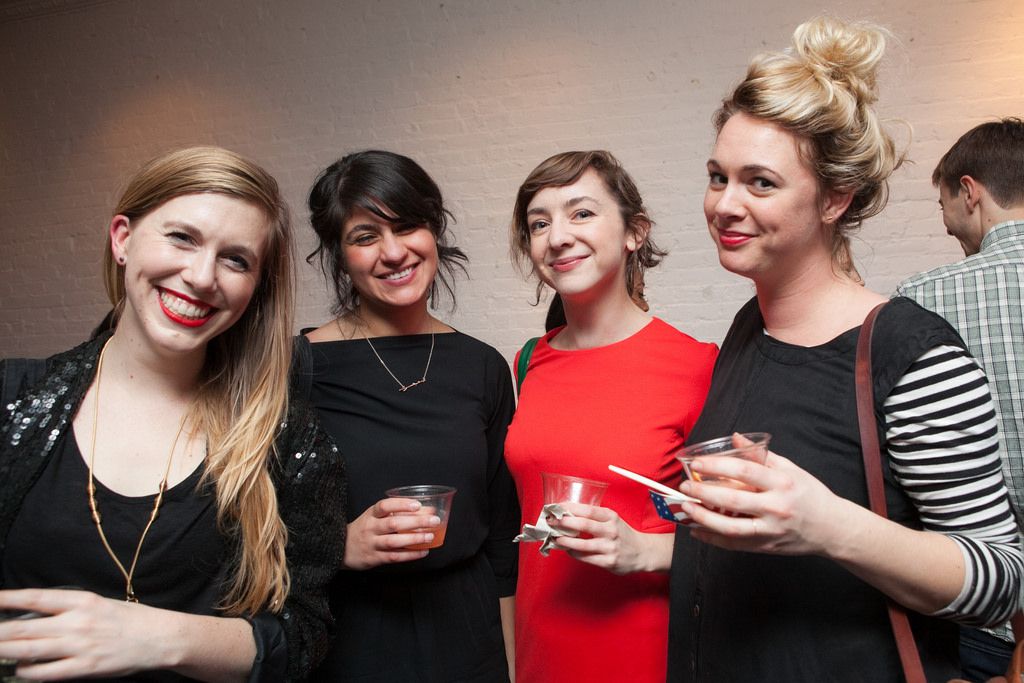 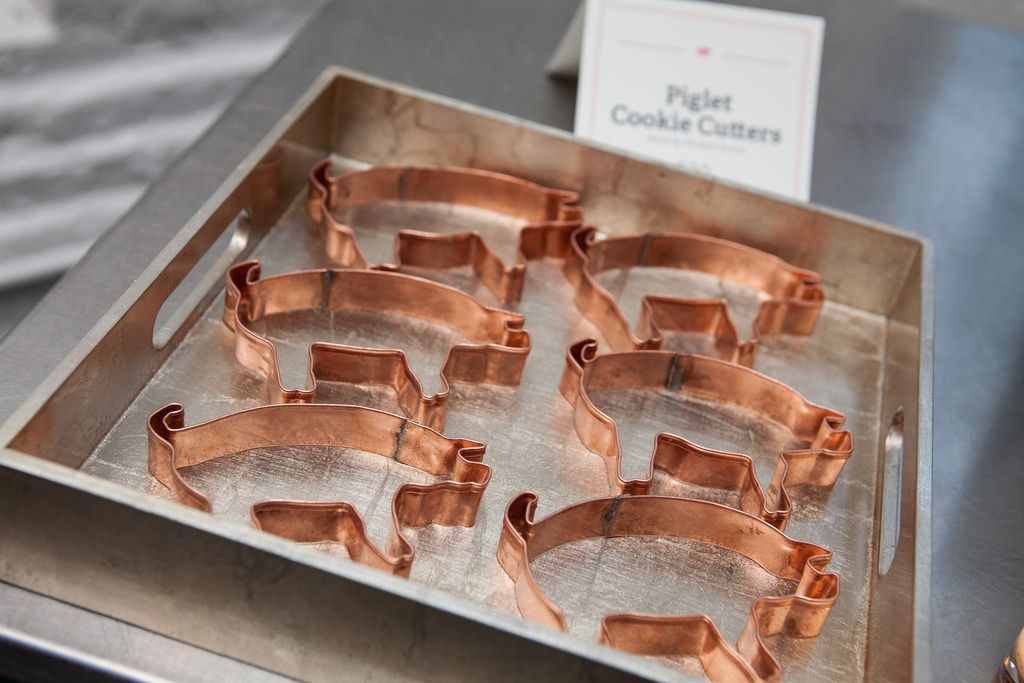 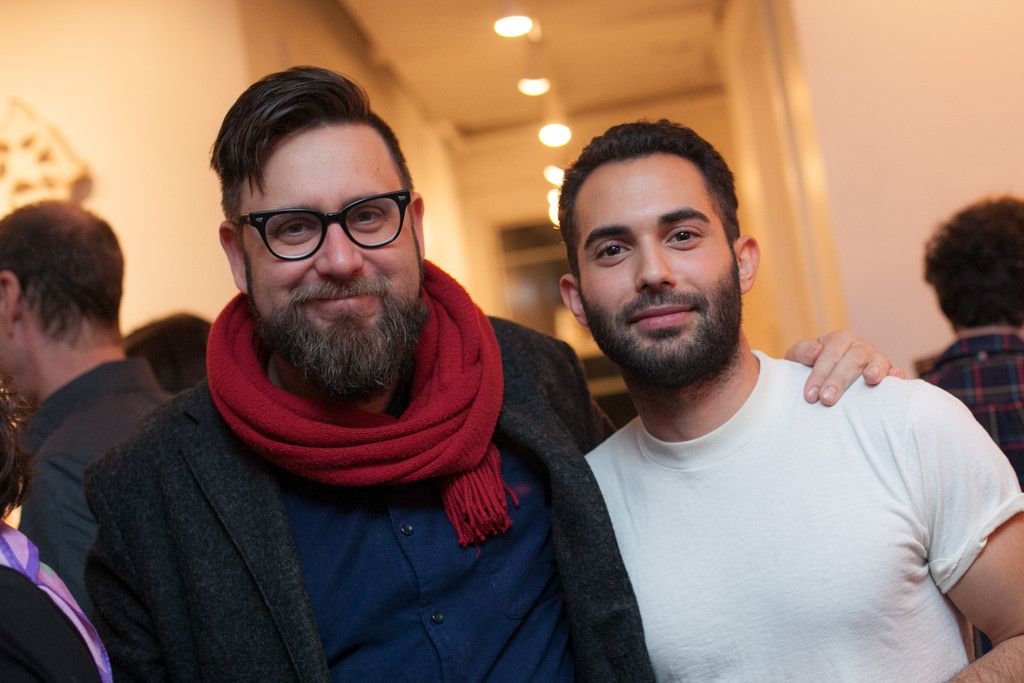 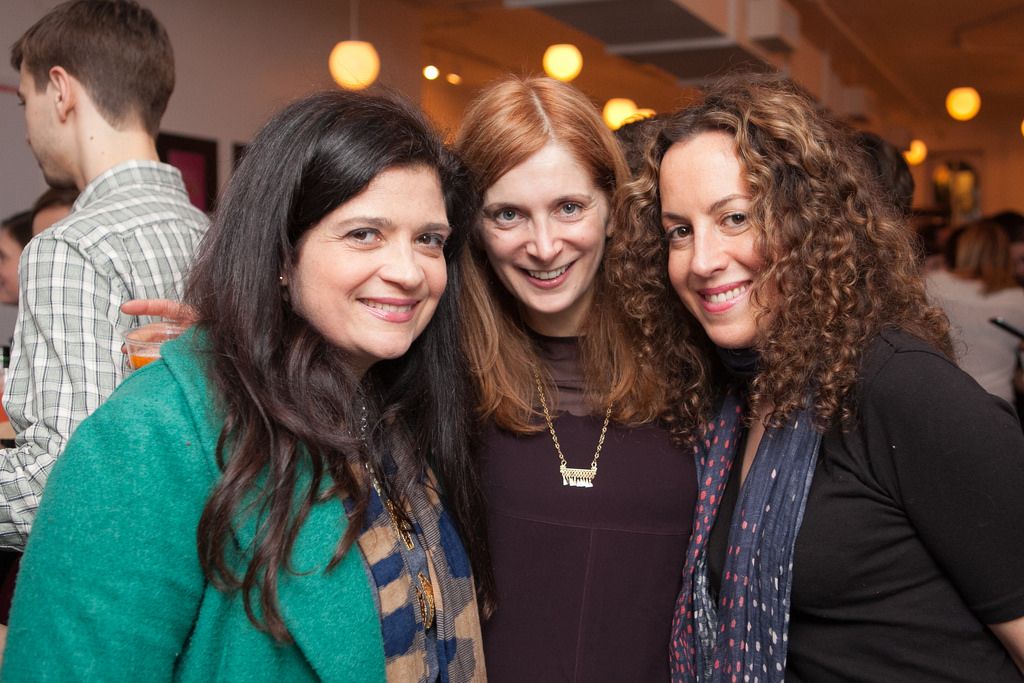 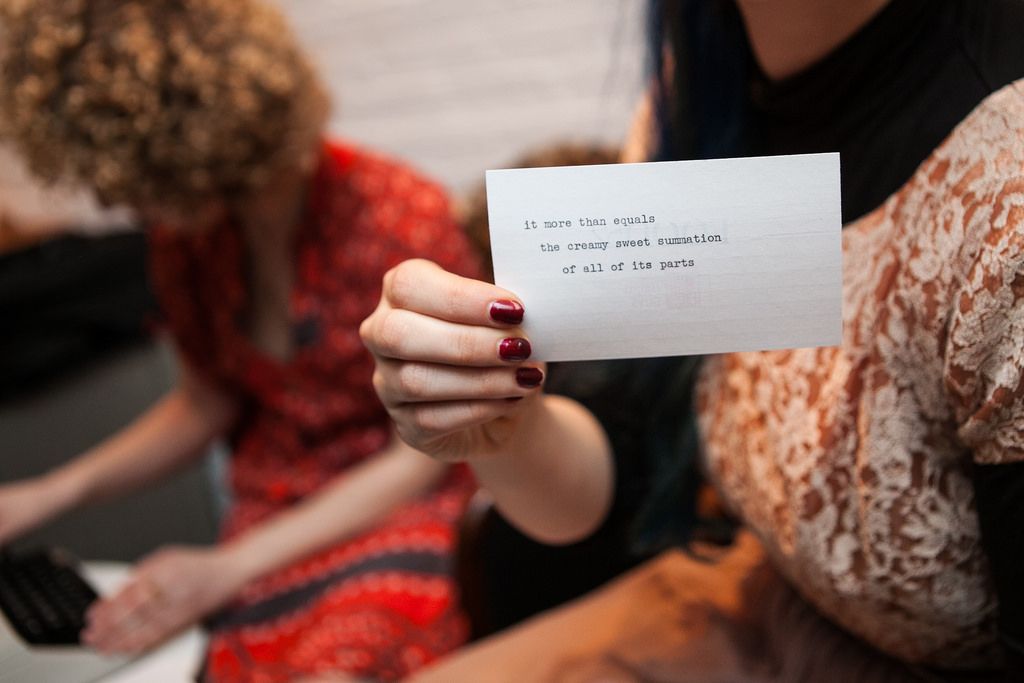 It's not a cookbook tournamnet party until you get a custom-written haiku based on your favorite food. 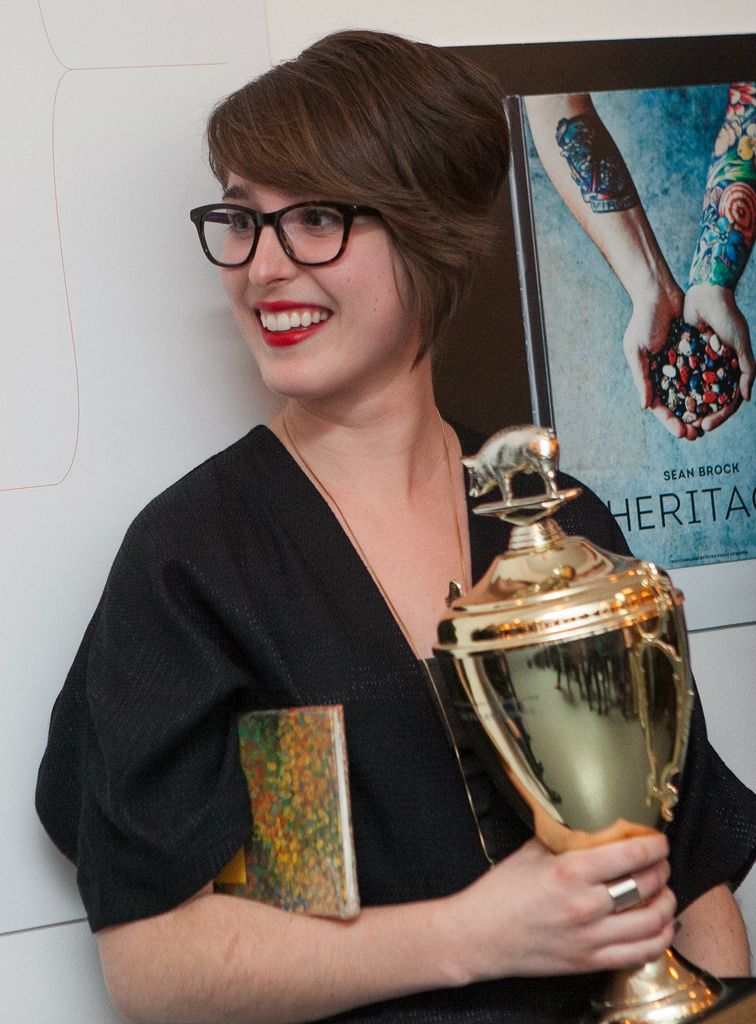 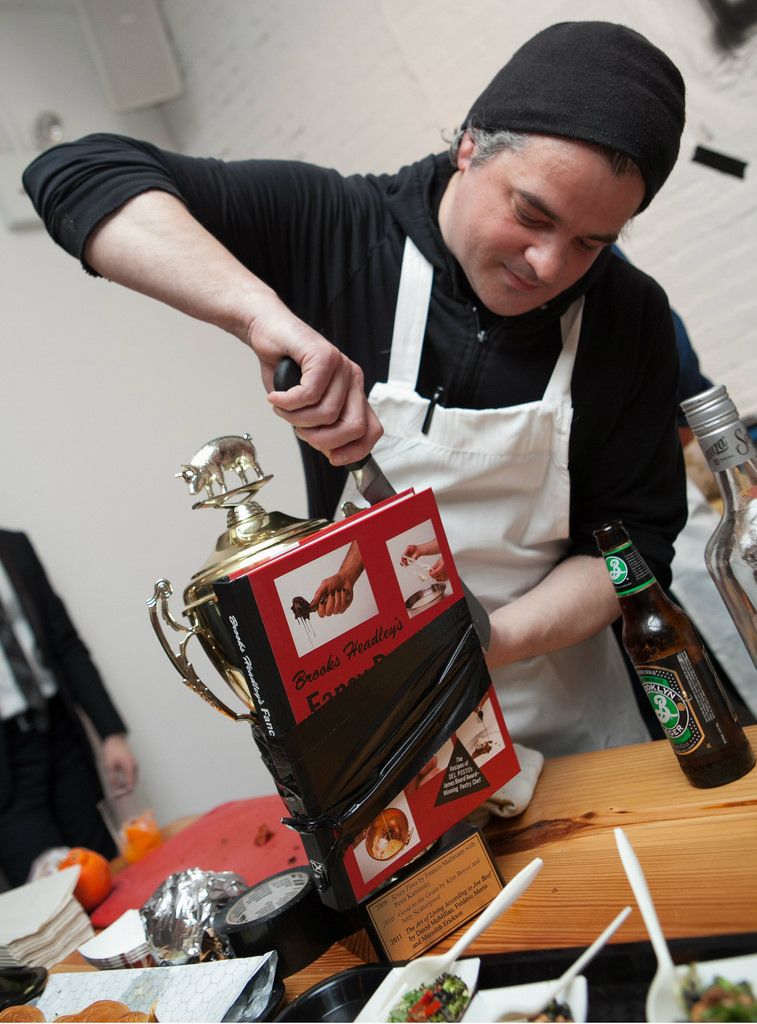 Headley demonstrates the proper way to display a Piglet trophy.

At the end of the night, partygoers took home gift bags filled with Tattly pig tattoos, recipe cards from PUNCH, jerky from Stripling's General Store, caramels from QUIN, and salt tins from Porchetta. 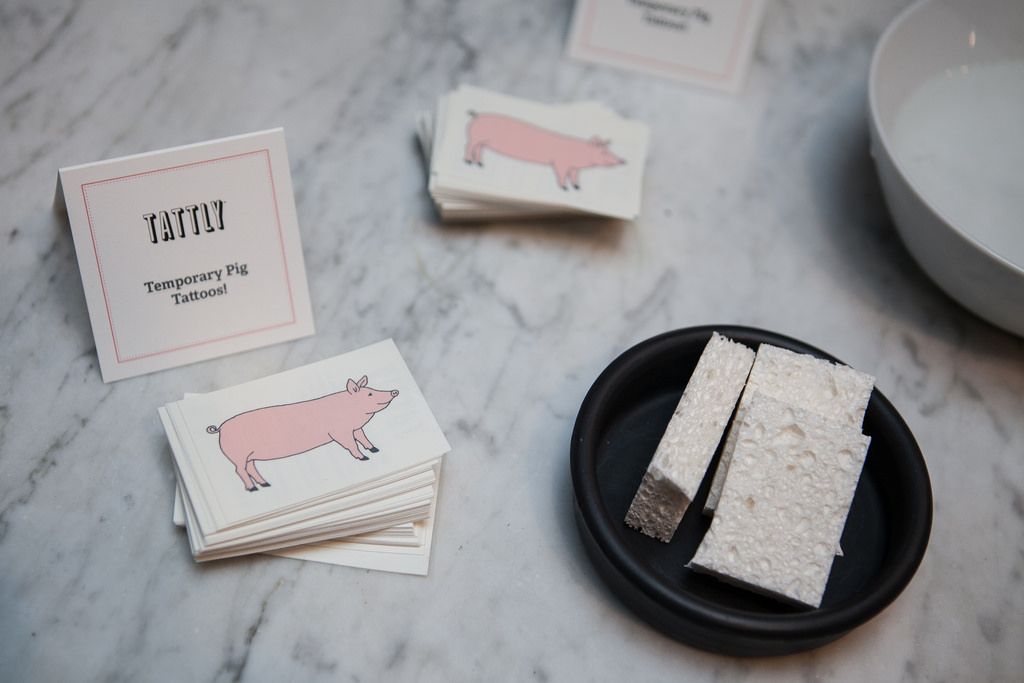 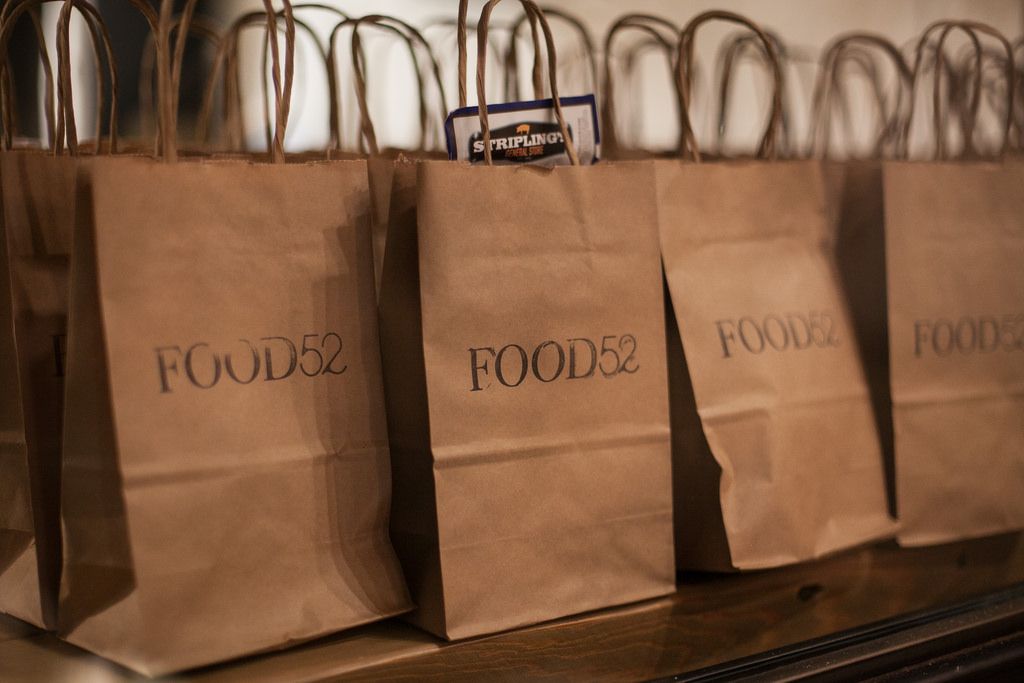 It was a good party to tide us over to next year's (when we'll hopefully think of even more pig puns.)

All photos by Alyssa Ringler.

Rachel likes animals and not being cold.

hardlikearmour March 11, 2015
You throw the best parties! Would love to attend one at some point, but would definitely need some advanced notice -- as in, please let us know months ahead about what date the 2016 Piglet party will be ;-)

luvcookbooks March 11, 2015
Oh my!!! Looked so fun! And a great group of reviews, responsible for my purchase(so far) of Mrs. Wheelbarrows Pantry and Brooke headley's Desserts. I am blissfully happy. Also had a chance to submit a community picks review of Sweet and Southern, which I recommend highly, but BE PREPARED to tweak and re test. Counting down to next year. Christmas for foodies!!

TH March 11, 2015
dymnyno - Missed hearing your comments and on the hotline. Nice to see you back.