All About Galangal & 10 Ways to Use It

Today: Get to know a punk rock rhizome. 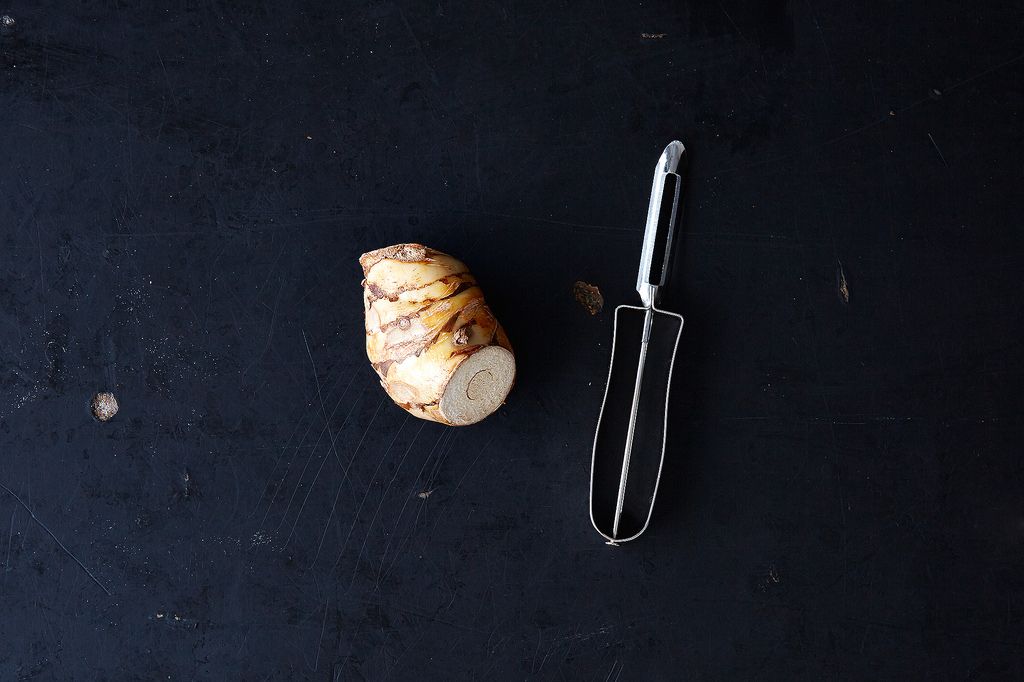 The word "galangal" sounds like the noise you make when you’re trying to talk with a mouthful of toothpaste, but the rhizome redeems itself with its punk rock looks and distinctive taste. A quick glance at galangal and you might be pretty sure you’re looking at ginger—perhaps some exotic variety. But you’re not. Though ginger and galangal are in the same family (turmeric is, too) and are often suggested as a substitute for one another, their flavors are different. Galangal has a piney flavor, and you might also pick up peppery, citrusy, or medicinal notes. 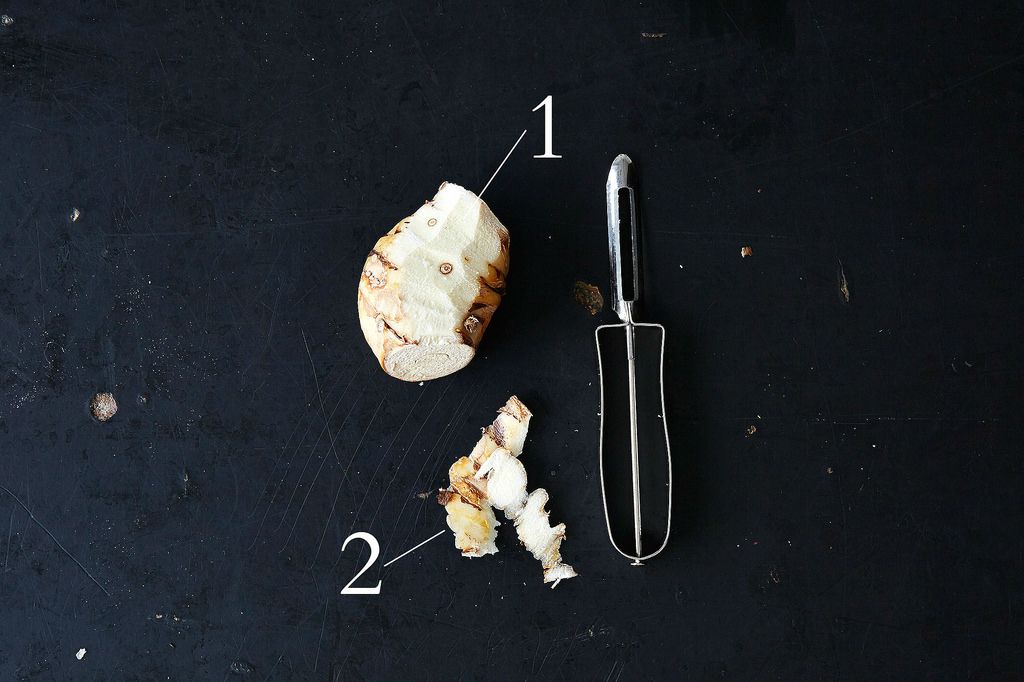 Galangal is grown in the tropics and is a common ingredient in Thai, Indonesian, and Malaysian cooking. It’s less well-known, or perhaps just under-utilized, in the West, but galangal has been around for quite some time. In Roots, Diane Morgan alerts us to the fact that the earliest mention of galangal is from between 869 to 885 A.D., as noted in a book by Frederick Flückiger and Daniel Hansbury called Pharmacographia: A History of the Principal Drugs of Vegetable Origin, the mere existence of which offers exciting potential for expanding our in-depth vegetable coverage.

Like ginger, galangal can ease nausea and historically has been considered everything from a digestive stimulant to an aphrodisiac. It was even used as a way to remove freckles. (No guarantees on those claims, but regardless, please don't try and remove your freckles.) 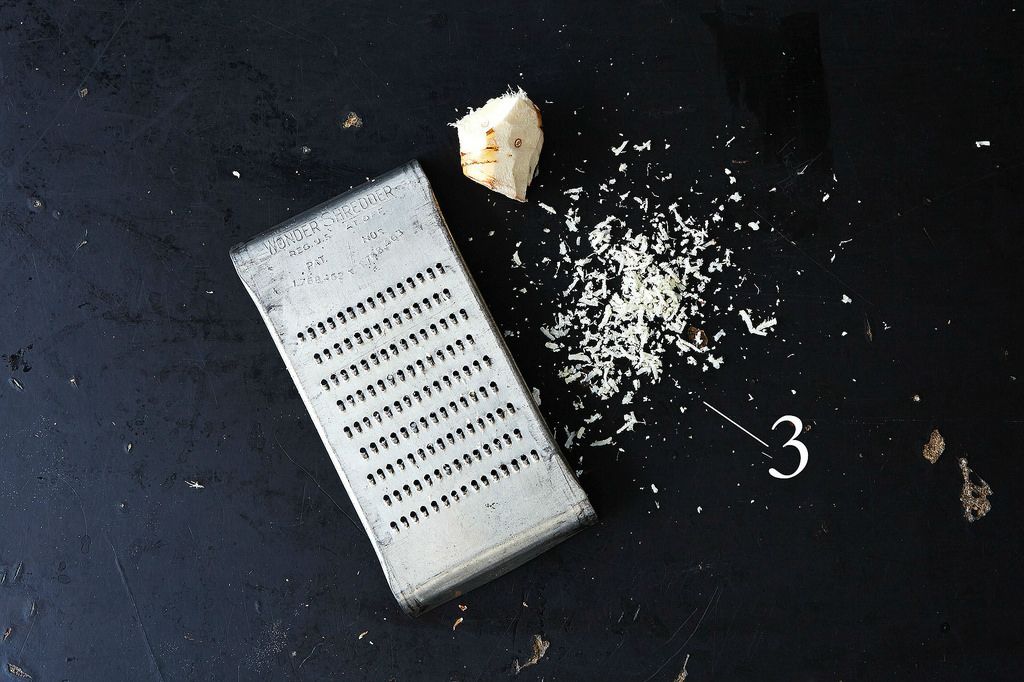 You should be able to find galangal year-round in Asian markets. Galangal’s rhizomes have lighter skin and flesh (1, above) than ginger, and you’ll often find them sporting neon pink shoots (how many other rhizomes can rock a colorful mohawk?). If you don’t see it in the produce section, you can sometimes find it frozen.

As with ginger, you’ll want to look for firm specimens free from signs of mold or shriveling. If the galangal you find comes in large clusters and your recipe only calls for a small amount, Diane Morgan suggests asking "to have a smaller piece cut for you, as galangal is considerably more expensive and doesn’t keep as long” as ginger. But if you plan to use galangal frequently, go ahead and buy the big piece—it stores well. You can refrigerate it for a week (wrapped in dry paper towels and then tucked in a plastic bag), or you can freeze it for a few months (store slices in a freezer-friendly zip-top plastic bag).

More: Start storing all of your food better.

When you’re ready to use it, remove the skin (2, far above) with a sharp paring knife or vegetable peeler, and then slice, chop, or grate (3, above) the galangal as called for in your recipe. Note that the flesh is much denser than ginger—now might be a good time to sharpen your knife.

So how should you use galangal? Here are 10 recipes to get you started: 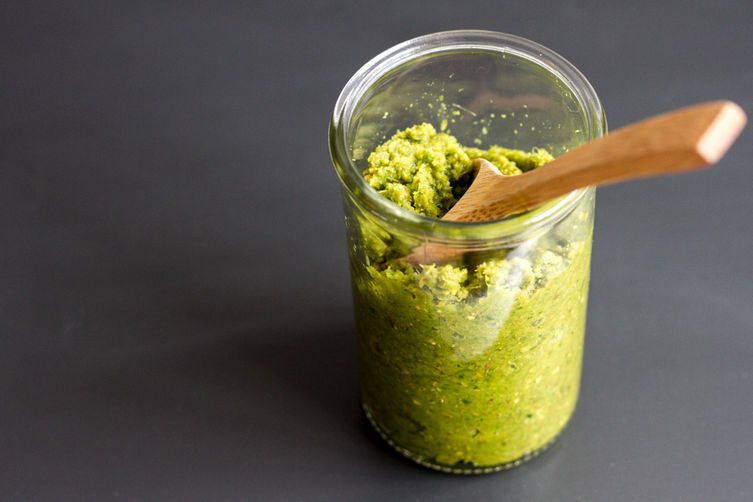 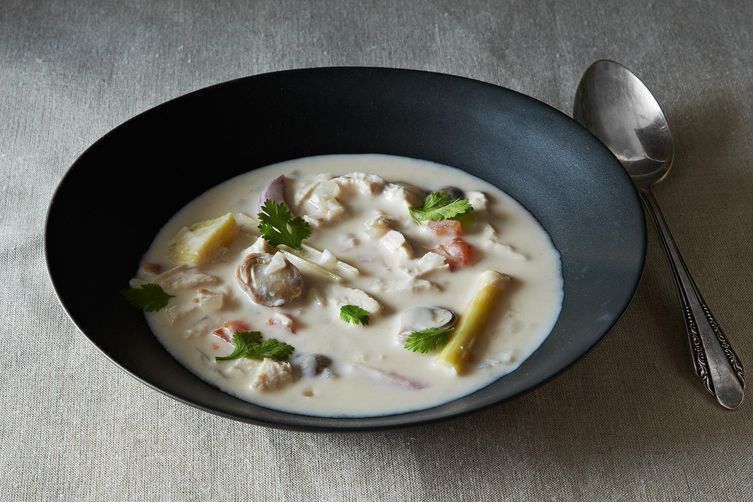 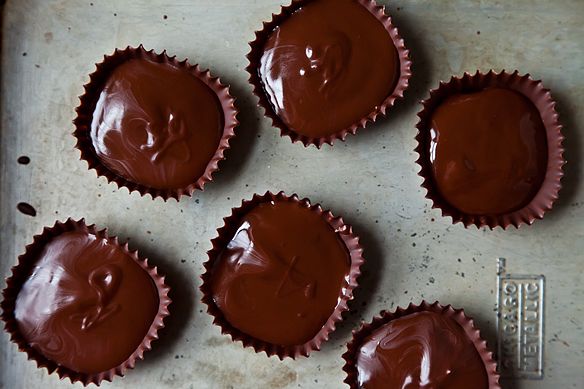 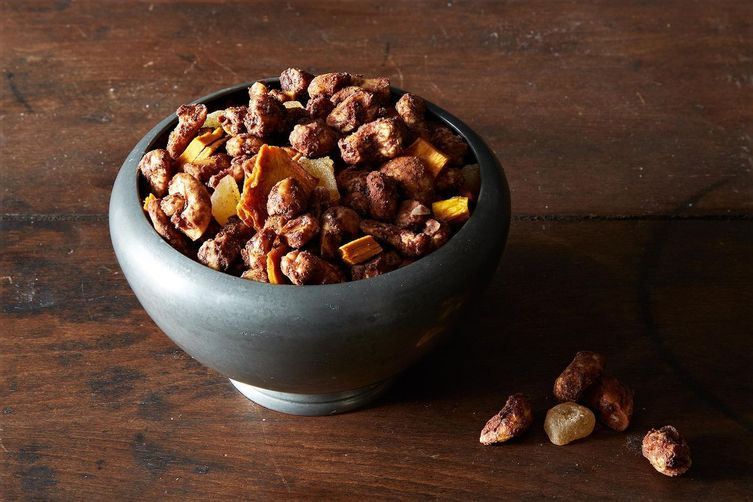 Then branch out to the sweeter side.

(Note that the final two recipes in the list call for powdered galangal, not fresh.)

Tell us: How do you like to use galangal?

Ursula |. April 5, 2015
Does anybody know where to get galangal in the Boston area? I've been trying to find it to make tom kha, but so far I didn't have success...