French food has Julia Child and Jacques Pépin. Mexican, Rick Bayless and Diana Kennedy. Italian? Marcella Hazan, who emigrated from Italy to the United States in her early thirties, had no cooking experience when she started, and yet rose to become one of the foremost experts on Italian cooking. She wrote seminal cookbooks, hosted television shows, and influenced a generation of Italian chefs, such as Lidia Bastianich.

She believed that simple food is the best food, and we couldn't agree more.  The hallmark of her recipes is simplicity at its best—no need to gratuitously fuss about—and the results are sublime. Here are nine brilliant recipes that celebrate her legacy; make them, and know that each time you do, your technique will get better and your food will be utterly fabulous. Just like Marcella.

If there’s one Marcella Hazan recipe that you should cook, it’s this one. It’s her hallmark, her magnum opus, her most famous sauce ever...and it absolutely lives up to the hype. It just has three ingredients: onion, tomatoes, and butter. Yes. really. On a chilly night, there’s nothing like digging into a big bowl of this Venetian-style soup that falls somewhere in between a hearty vegetable soup and creamy risotto. Use really good quality beef or chicken broth—it’s the secret to so much of the flavor here. 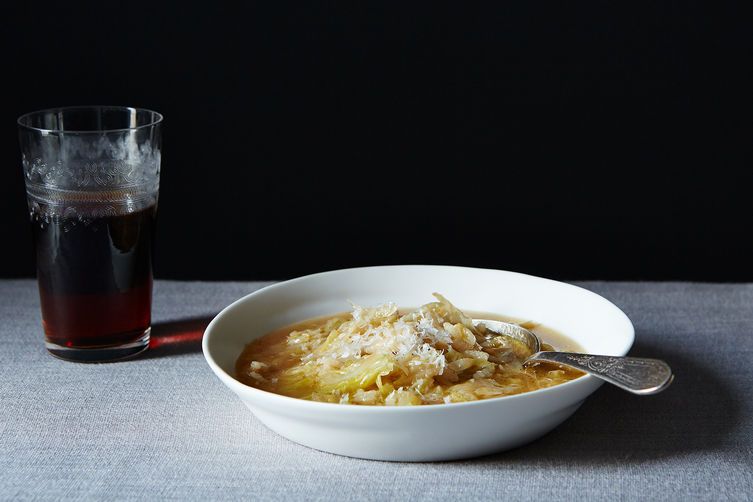 Finishing an entire bunch of celery without putting half (or more) of it into the compost is never an easy feat. A stalk here or there for snacking, a little bit more for stews and soups, but the amount never seems to whittle down. Leave it to Marcella Hazan to save the day with this simple side dish recipe. 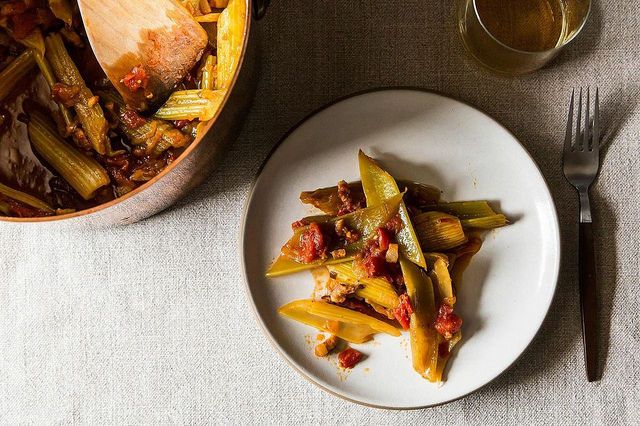 The star power in this Marcella Hazan soup recipe does not come in the form of the broccoli or Yukon gold potatoes. Sure, both of those are great, but the real trick is caramelizing thinly sliced onions until they’re jammy and golden brown. It adds a layer of sweetness that cuts through the heavy potatoes and bitter broccoli. 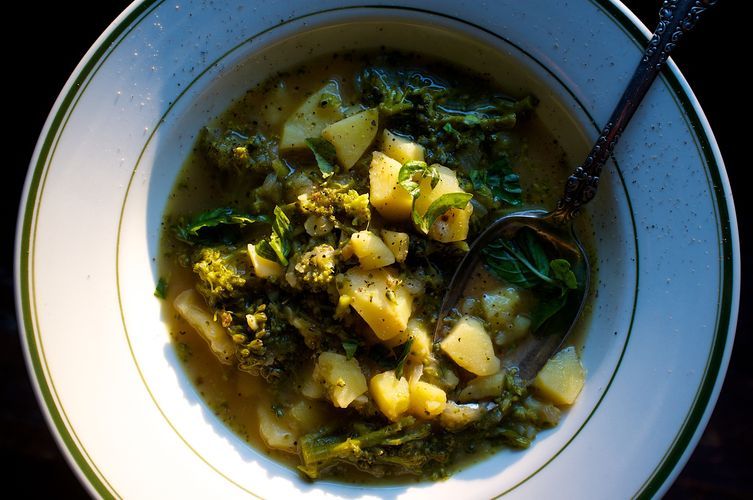 Homemade candy makes the perfect little gift...or the perfect little afternoon snack. The only tool you need is a potato. Wait, potato? You thought I was going to say a candy thermometer or silicone baking mat, right. Just trust Marcella on this one. It works. This recipe isn’t quite as famous as Marcella’s other tomato sauce recipe, but it’s just as simple and incredibly versatile. The base of it is made with two pounds of super fresh, super-ripe tomatoes. “Canned tuna is a familiar ingredient in pasta sauces. Although I was once very fond of it, there was a harshness to the taste of tuna sauces, both other cooks' and my own, that began to trouble me,” writes Marcella Hazan. Her dissatisfaction motivated her to find a way to enjoy tuna, which became this salty, savory pasta. In 10 minutes (yes, 10!), this recipe from Marcella Hazan goes from a few ingredients scattered throughout your pantry to a delicious bowl of vegan soup. This isn’t exactly a Marcella Hazan recipe...but it’s pretty darn close! In addition to chicken livers, it’s also made with salty prosciutto (or pancetta) and ground beef for an extra-hearty sauce. Do you have a favorite Marcella Hazan recipe? Let us know in the comments.

Jrodricks February 14, 2022
Ms Hazan’ Minestrone alla Romagnola is the best soup on this and all other planets. Although you have to make it with NO DEVIATIONS from her directions, including waiting a day after cooking to consume it…..

Samg September 8, 2018
The braised celery (above) is perfect. Other standout recipe from my teen years that I make now: the Tuscan meatloaf. Lots of mushrooms, and maybe company worthy.

Sharon April 12, 2015
I'm on a mission to cook all 466 recipes in her 'Essentials' cookbook. On Friday night I reached the 25% mark with recipe #116 'Baked Crespelle with Bolognese Meat Sauce'. Like the other 115 recipes, it worked and tasted delicious - though I must confess I was not so keen on the chestnuts boiled in red wine...

Sharon October 26, 2017
Hi! I haven’t finished. Things slowed down a bit for me that following year. But I have progressed a little further to 137 recipes, with a recent renewed zeal :) You’ve encouraged me to keep at it!

Melissa October 26, 2017
AWESOME! I actually just picked up a copy yesterday. It's been on my wishlist for years but I always got sidetracked. I'm looking forward to it. Do you blog about it?

Fairmount_market April 9, 2015
Her Bolognese sauce is our household standard, and I love her sfinciuni (Palermo stuffed pizza).

Bruce B. April 9, 2015
Definitely, the Gorgonzola Sauce recipe on p194 of "Essentials of Classic Italian Cooking" is my favourite by far, and I thought I didn't like Gorgonzola! It's heaven on a plate!

Stephanie J. April 9, 2015
OMG - the rice and smothered cabbage soup (not really a soup, more like a risotto) - was so good and filling. On the second day added 1/2 lb kielbasa cut into rounds - thought I'd died and gone to heaven! Really, just rice and cabbage. I am amazed.

Marcella's pesto sauce is a favorite. Yet almost everything I have prepared from her Classic Italian Cook Book has become a standard for my family. My copy of this book which I purchased as a new bride in 1978 is well worn.

TryItSheSaid April 9, 2015
Marcella Hazan's pear cake, from the Essential NYT Cookbook is one I return to. Repeatedly amazed at its simplicity and divine results!

Brenda J. April 9, 2015
Marcella Hazan's Essentials of Italian Cooking is a regular weeknight go-to book for me. Her carbonara recipe has spoiled me for any other approach, and her pan-roasted chicken recipes are a staple in my house. Chicken with rosemary and garlic, chicken with lemon and rosemary, etc.-- I routinely make these on weeknights, using good quality chicken thighs. Her veal scallopine recipes are easily redone with thin-sliced chicken breasts if you can't get good veal (or don't do veal anyway), so I make them often as well.